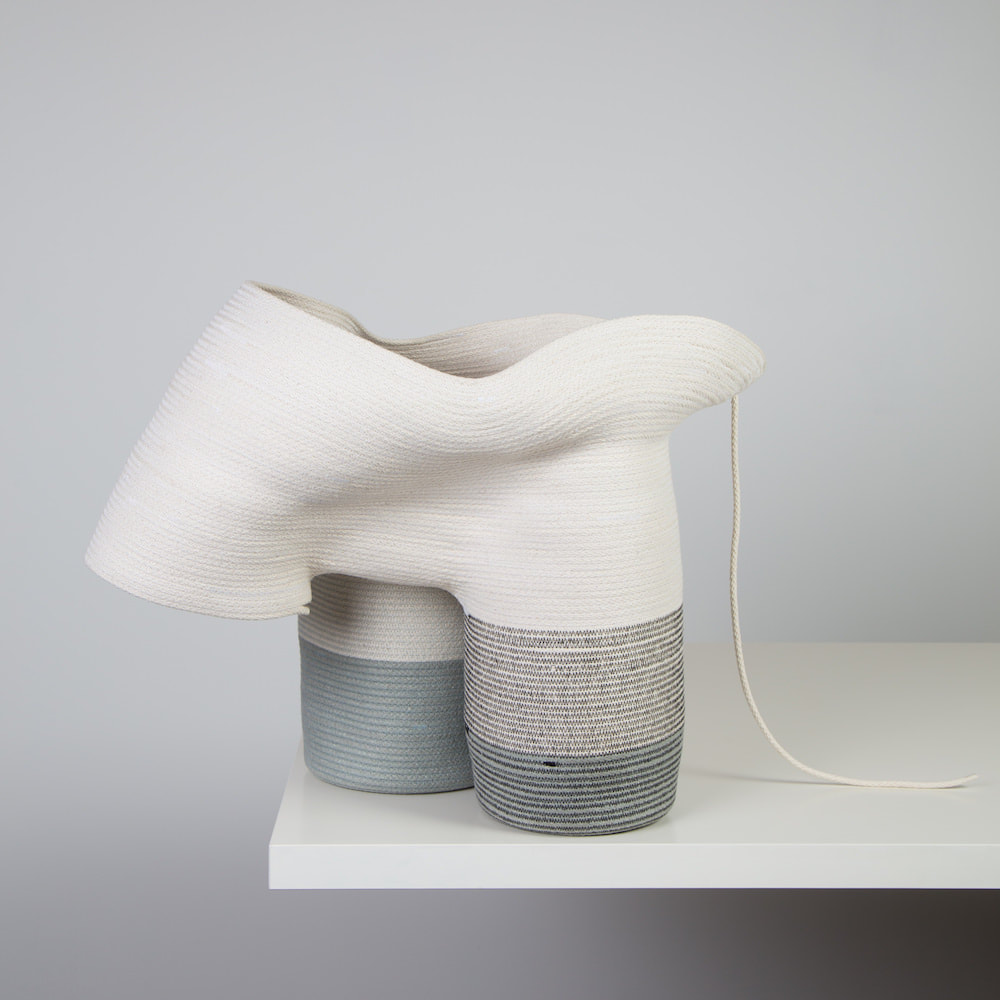 This is to thank Doug Johnston, his wife, Tomoe Matsuoka, and his gallerist Patrick Parrish for an incredible, inspiring morning at the studio in Brooklyn, to which I was invited with my class to a truly memorable design experience. A graduate from Cranbrook Academy of Art with an architecture degree, Johnston has devoted his career to studying, interpretating, and elevating one of the most ancient and fundamental of all vessel-building techniques, the coiling. Only that to him it is not in clay or basketry, but in cords and ropes, a technique he has perfected since opening his studio ten years ago. It is mind-blowing to see what Johnston and Matduoka have achieved when turning this humble, familiar material while freely moving between art, objects, architecture, and fashion. In building this unique and personal vocabulary, which has its roots in both Japanese aesthetic sensibility which Matsuoka has inherited in her native Japan and modernist principles, which Johnson accounts as his major source of inspiration, they have succeeded to formulate a signature style. Thank you for a magical morning, which has come to conclude another wonderful season of my flag program ‘Design and Decorative Arts in NYC.’ Next season starts on February 20th. 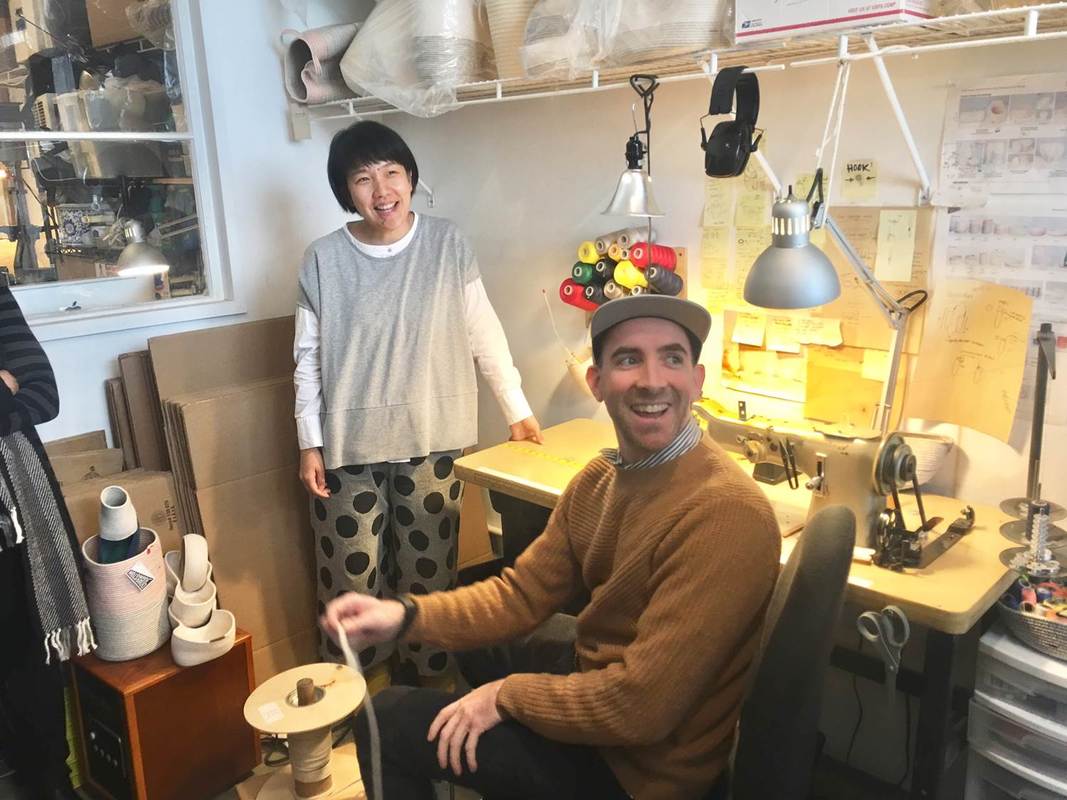 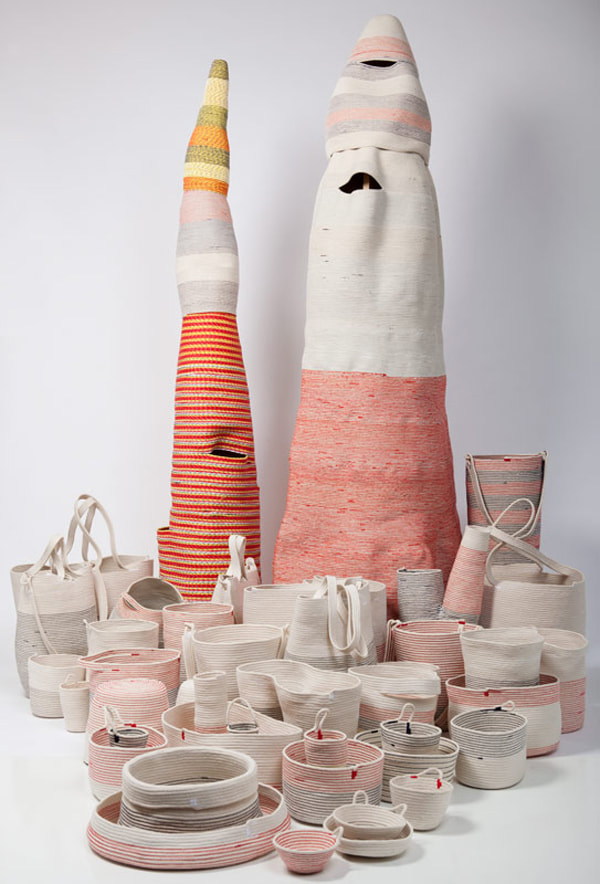 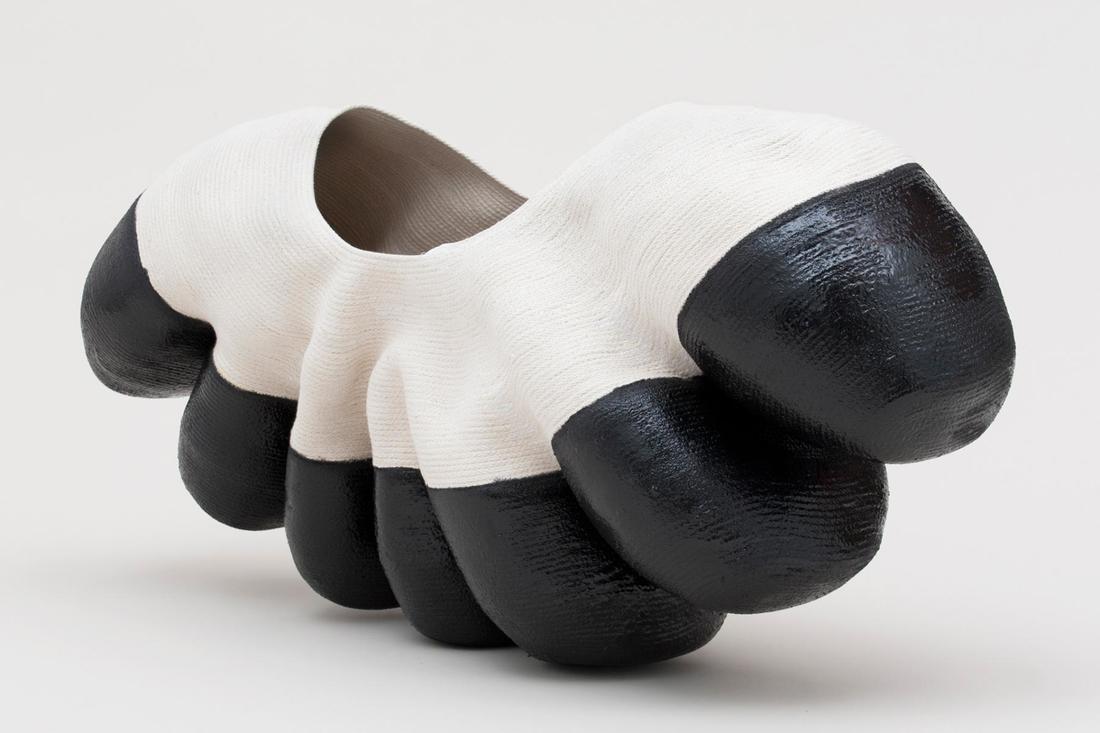 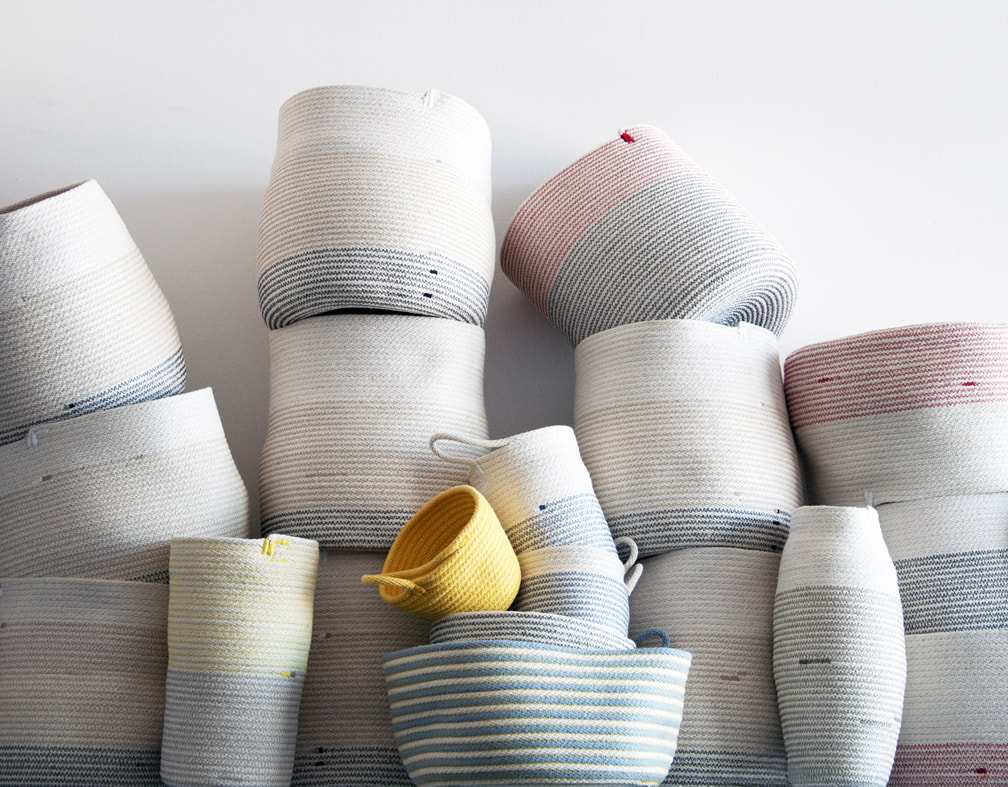 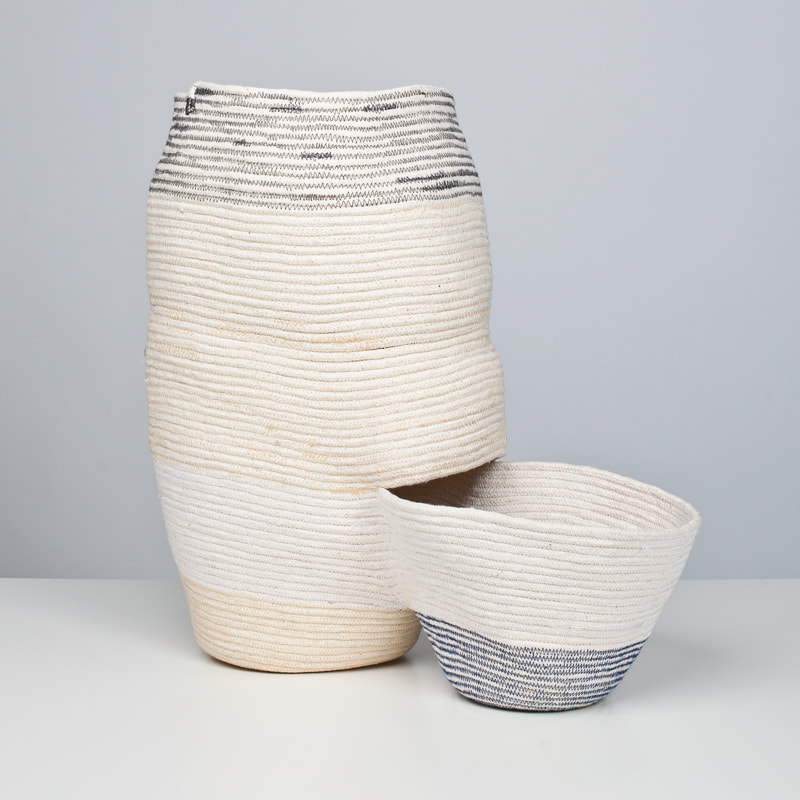