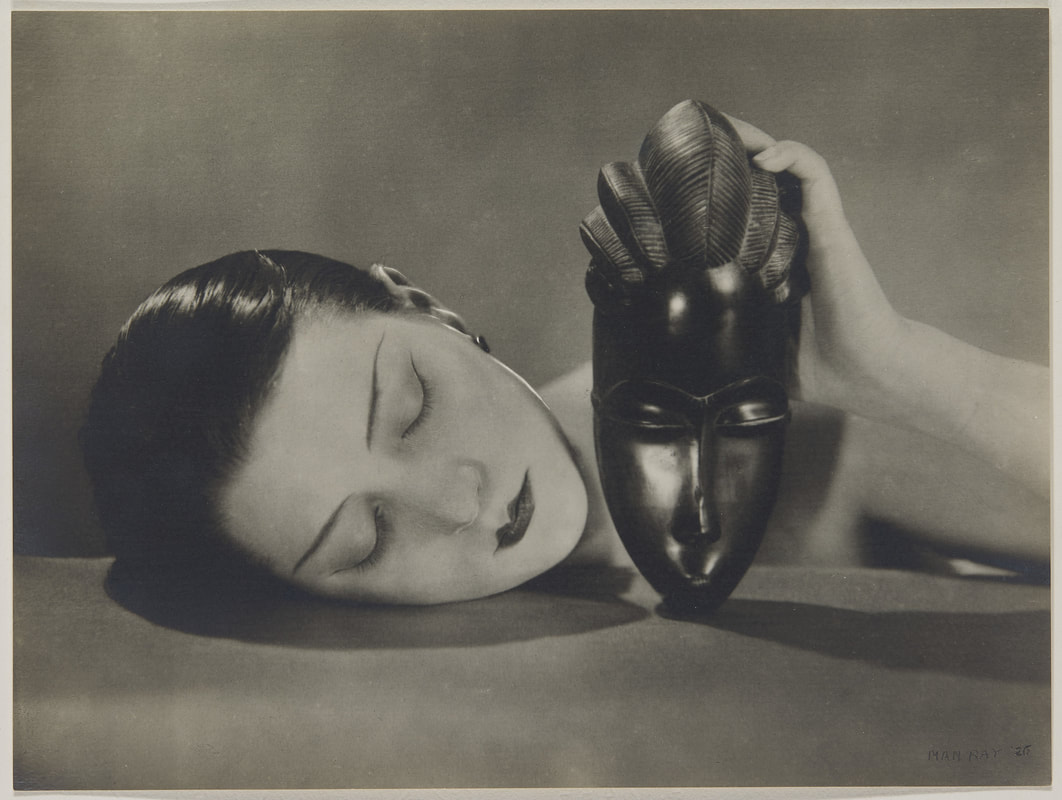 In approaching the end of 2017, I would like to highlight one memorable auction moment when Man Ray’s print of Noire et Blanche, was sold last month, breaking several records when fetching €2,688,750 at Christie’s. This famed image, which first appeared in the spring issue of French Vogue in 1926, was purchased for the legendary collection of couturier Jacques Doucet. Man Ray photographed his lover Kiki de Montparnasse with an African mask, demonstrating his Surrealism as well as mastering technicality when working from four different negatives, retouching and adding. Noire et Blanch is one of a series of twenty photographs, all with the darkly stained African mask. While it is the most expensive photograph ever sold at auction as well as record price for the artist, the series did not gain any attention until well into the 1980s. 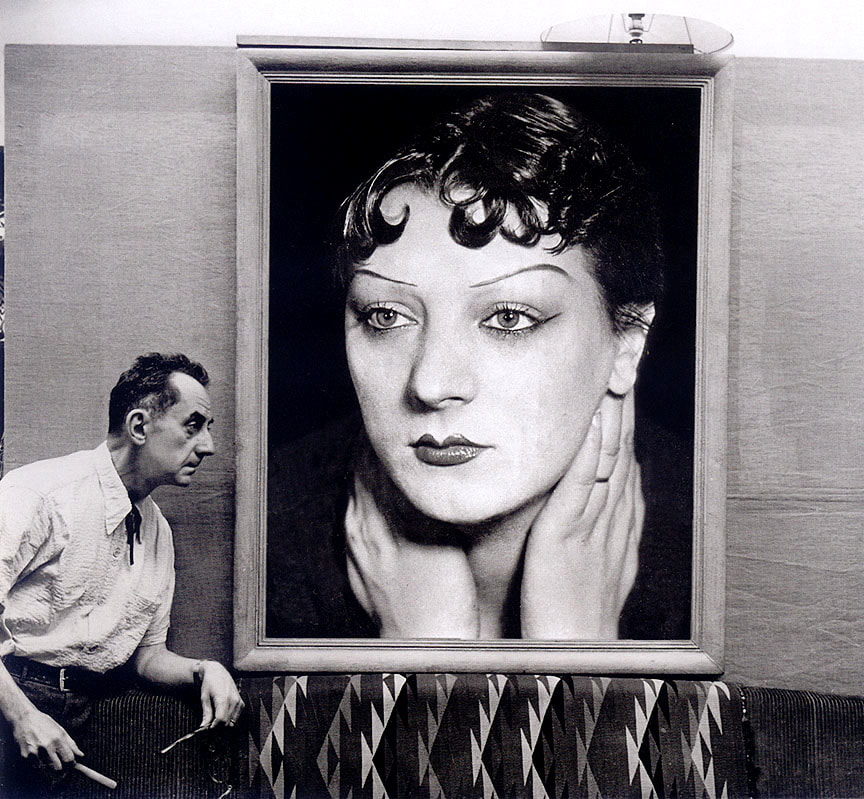 Man Ray in front of a portrait of Kiki de Montparnasse, 1930s 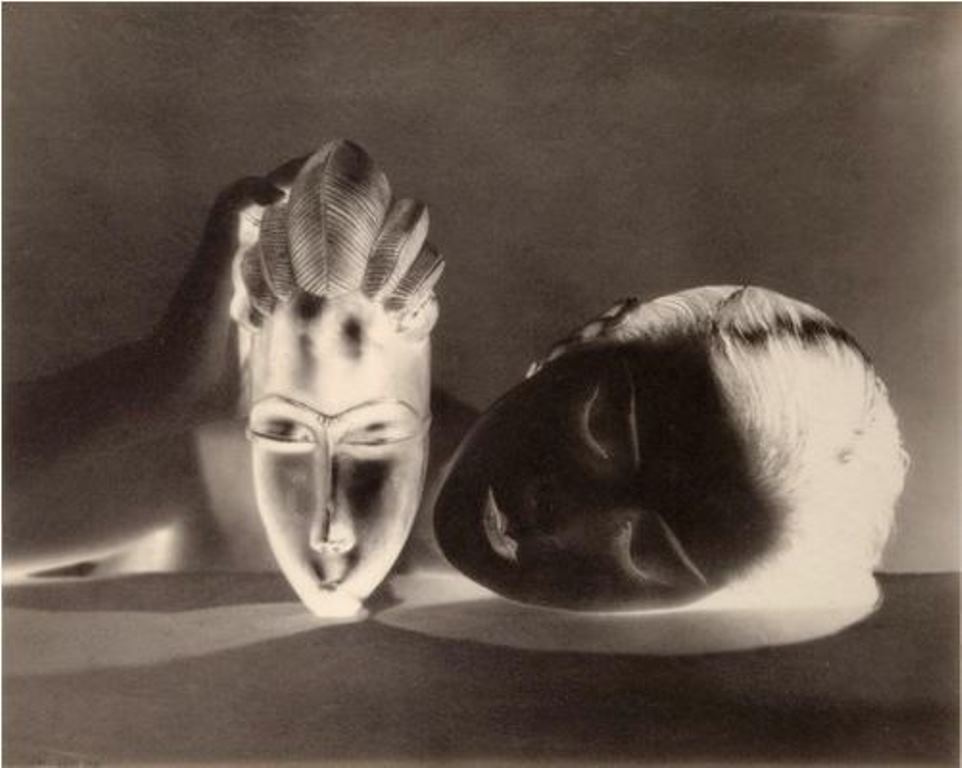