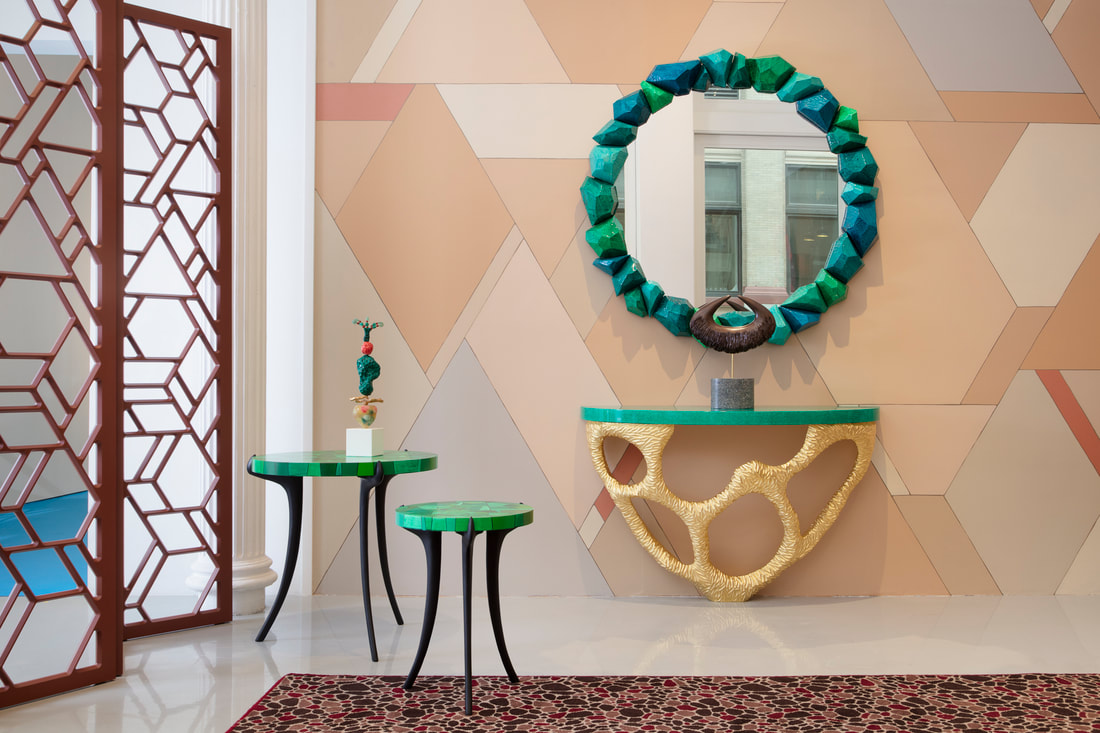 For the Renaissance men, the Studiolo was this outstanding room that served for study and contemplation, the most invested space in any palazzo, and one which came to signify its patron as a ‘Renaissance Man.’ Typically the Studiolo had its wall surfaces entirely covered with meticulously inlaid wood inlays, called intarsia, depicting books, musical instruments, armor, scientific instruments and anything that related to the patron.

Knowing the Studiolo that well, I was curious to see British designer and tastemaker Ashley Hicks’ first solo show at R & Company called ‘Manhattan Studiolo.’ The exhibition, which coincides with the release of his new book Rooms with a History, on which I have spoken to him in recording Harvest Dialogues (airing in early November), is refreshing, intimate, sweet, colorful, and truly inspiring.

Ashley sought to transform the gallery into a spectacular environment that contains his furniture, objects, and famed totems. His interest in history and craft has informed this show as well as everything it contains, including the hand-woven rug that suggests a Venetian terrazzo floor. Evoking the spirit of the Renaissance Studiolo, he hand-painted the walls in a beautiful, soft, geometric pattern which suggests a contemporary version of the 15th-century Studiolo.

Manhattan Studiolo by Ashley Hicks is on view to October 19. 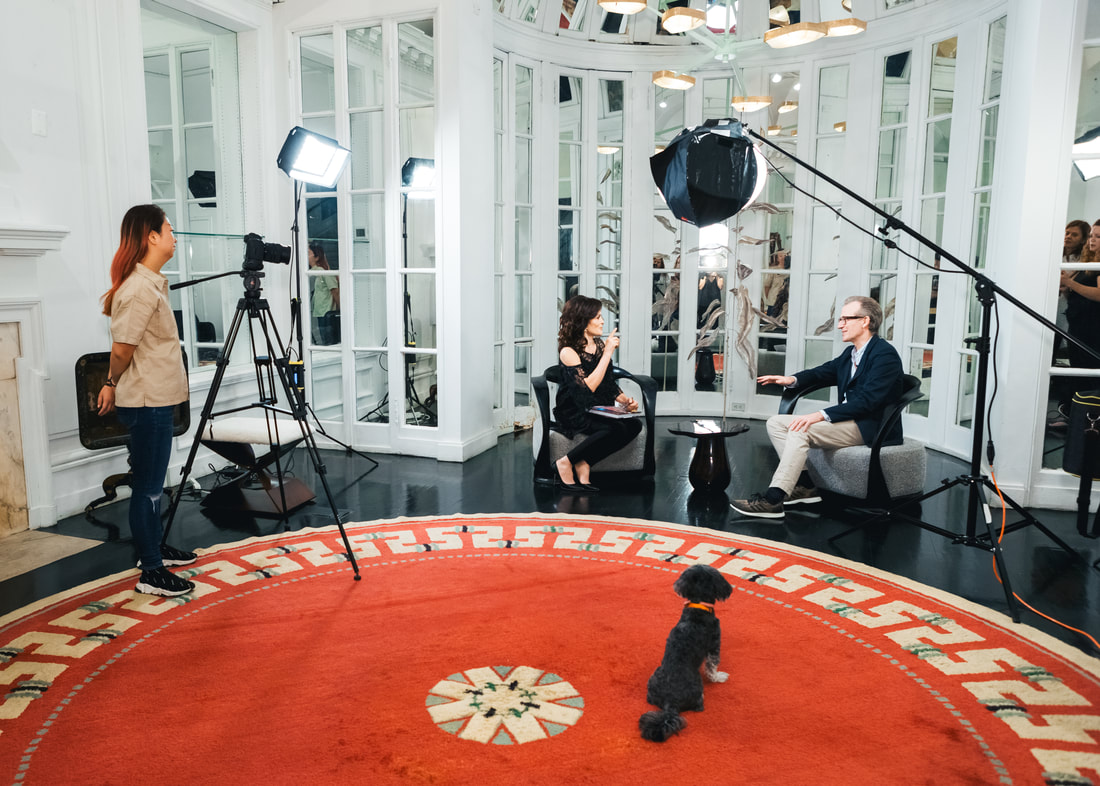 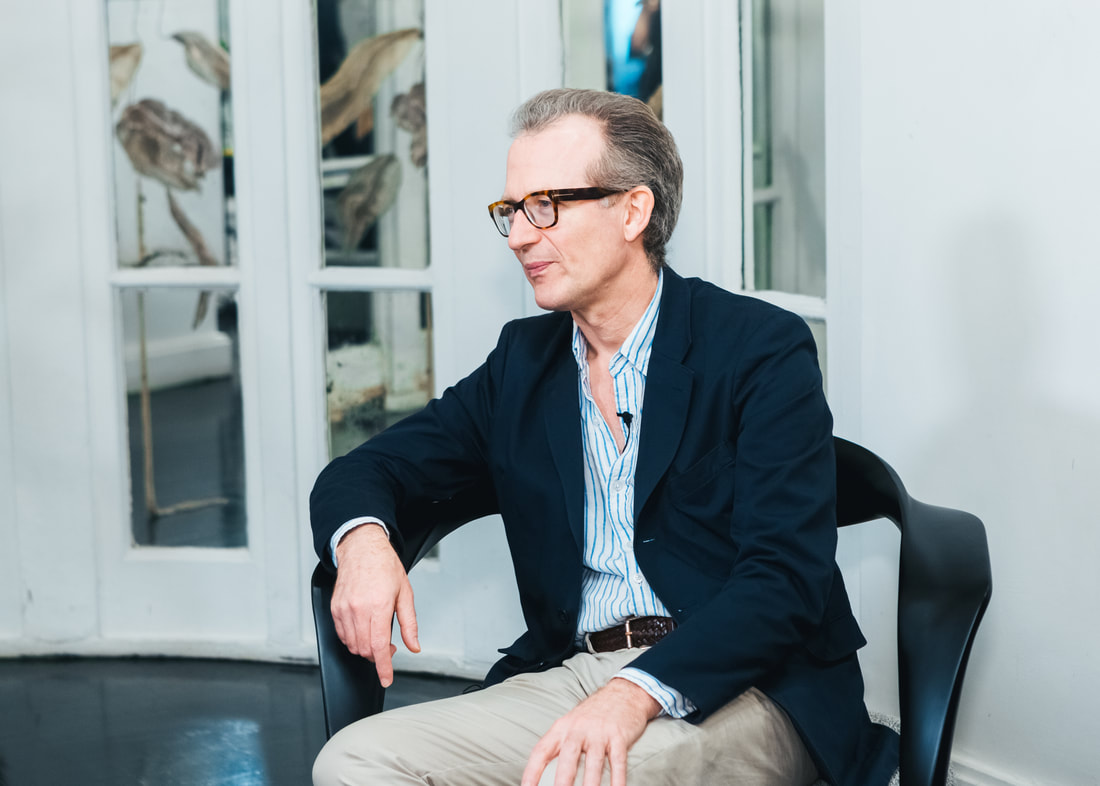 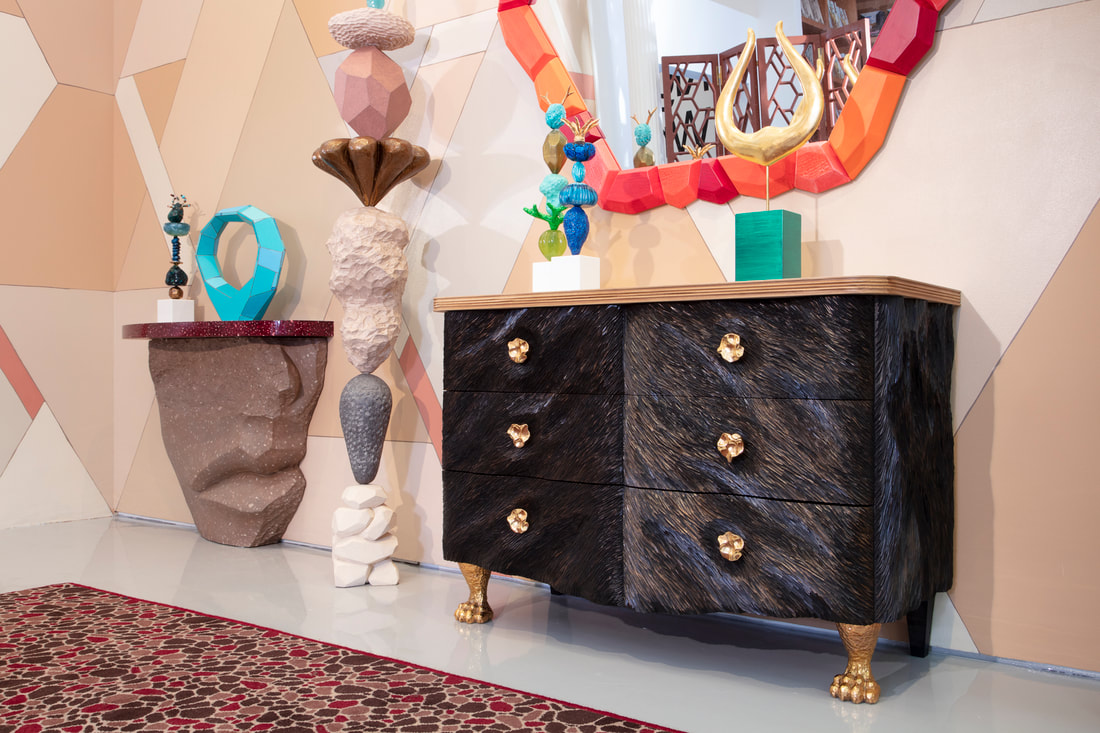 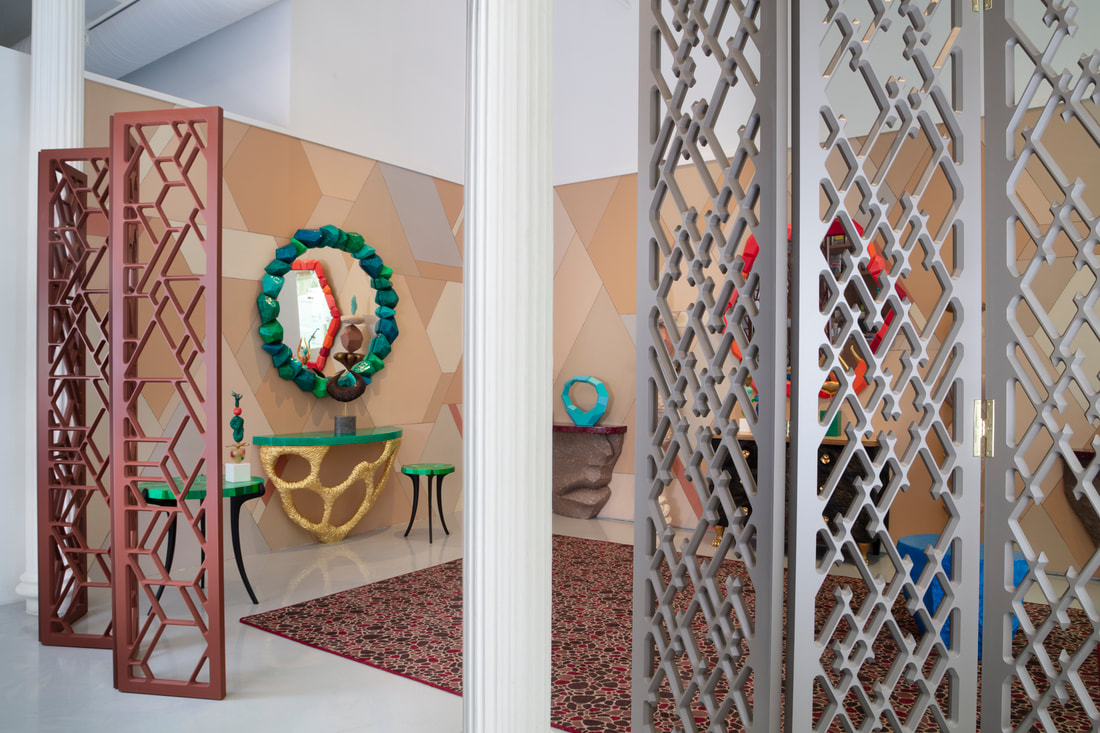 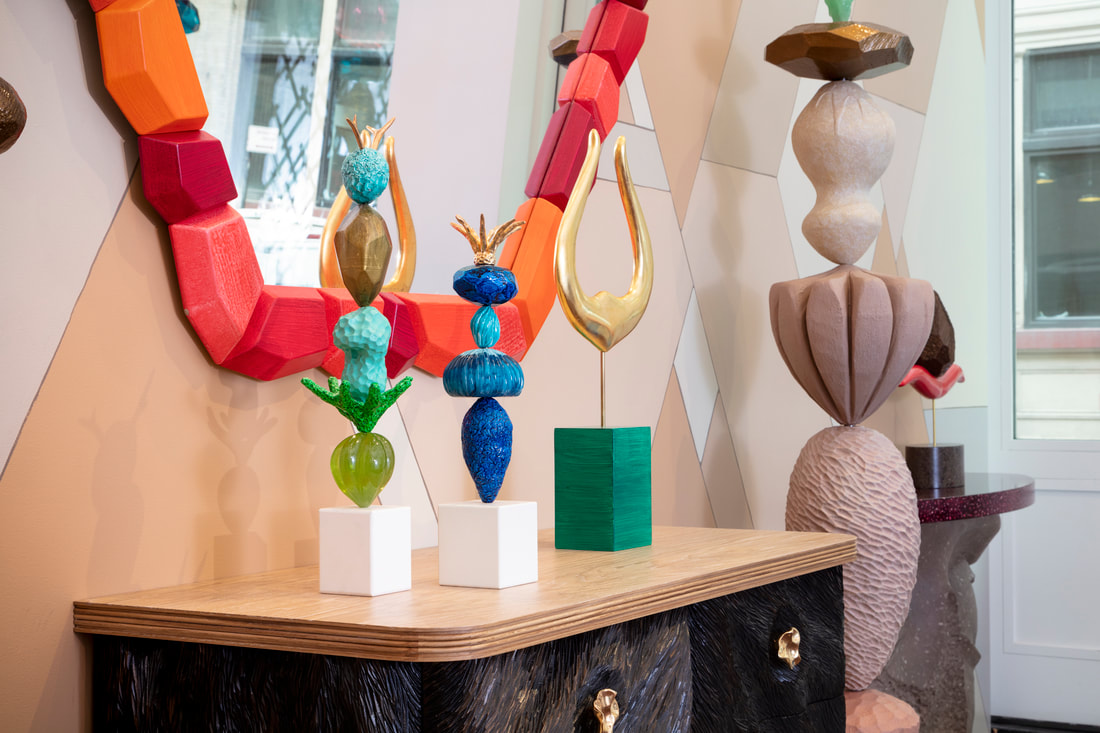 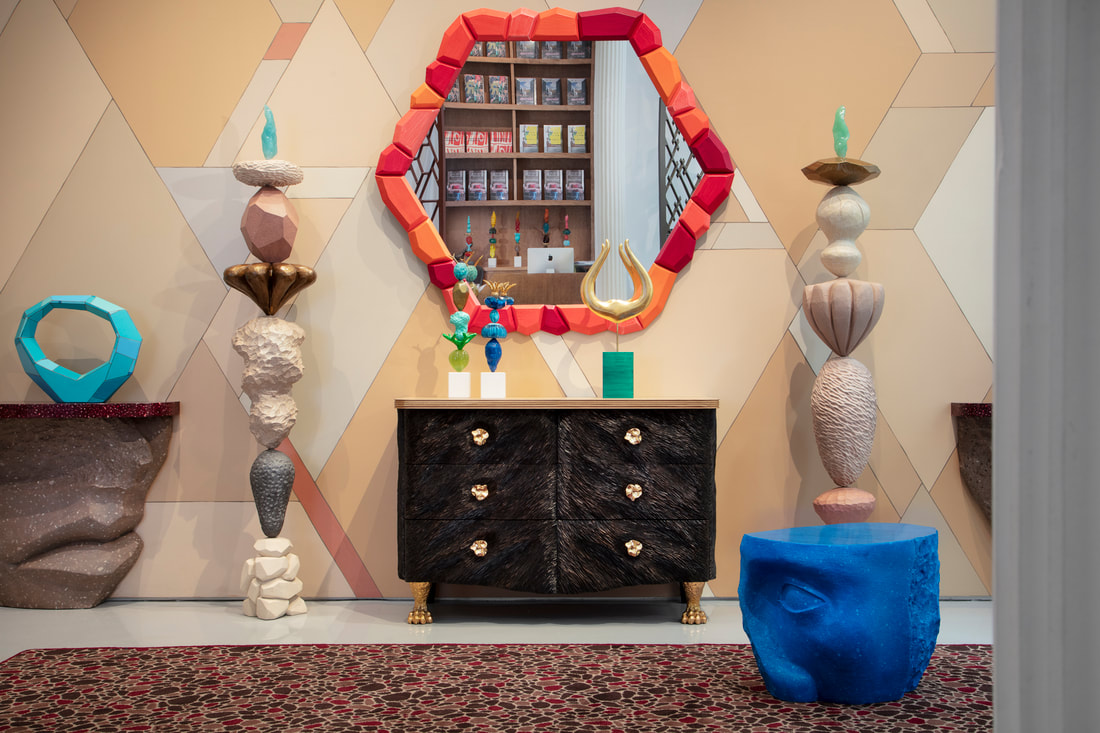 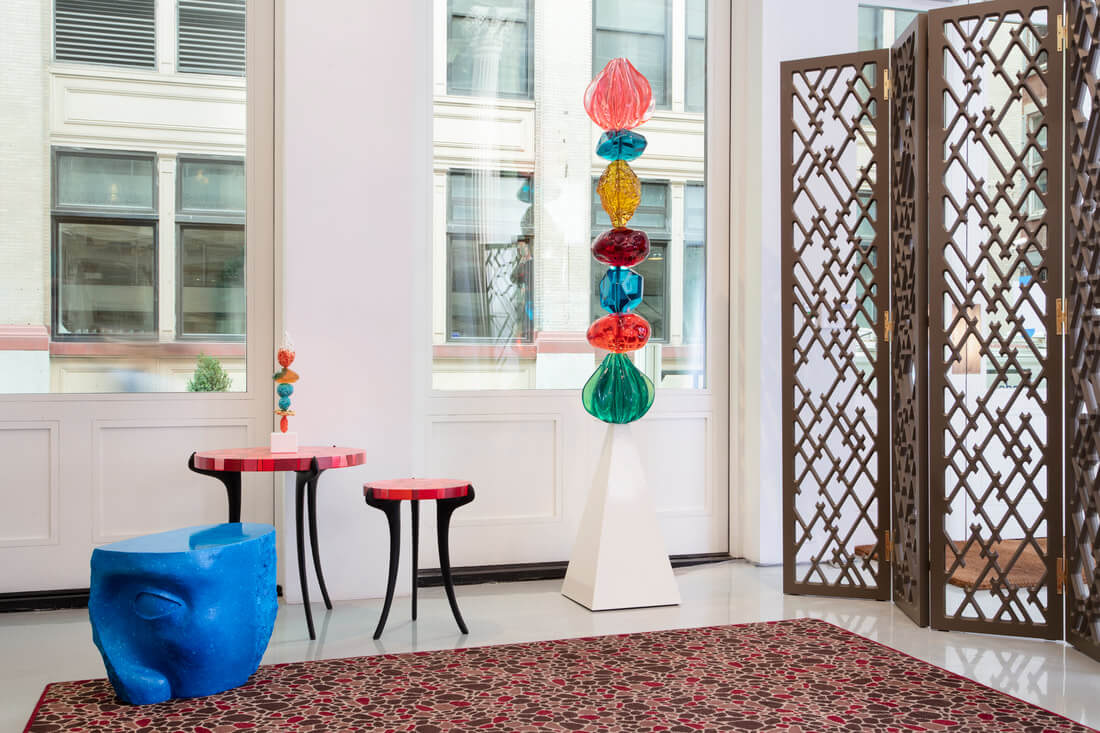