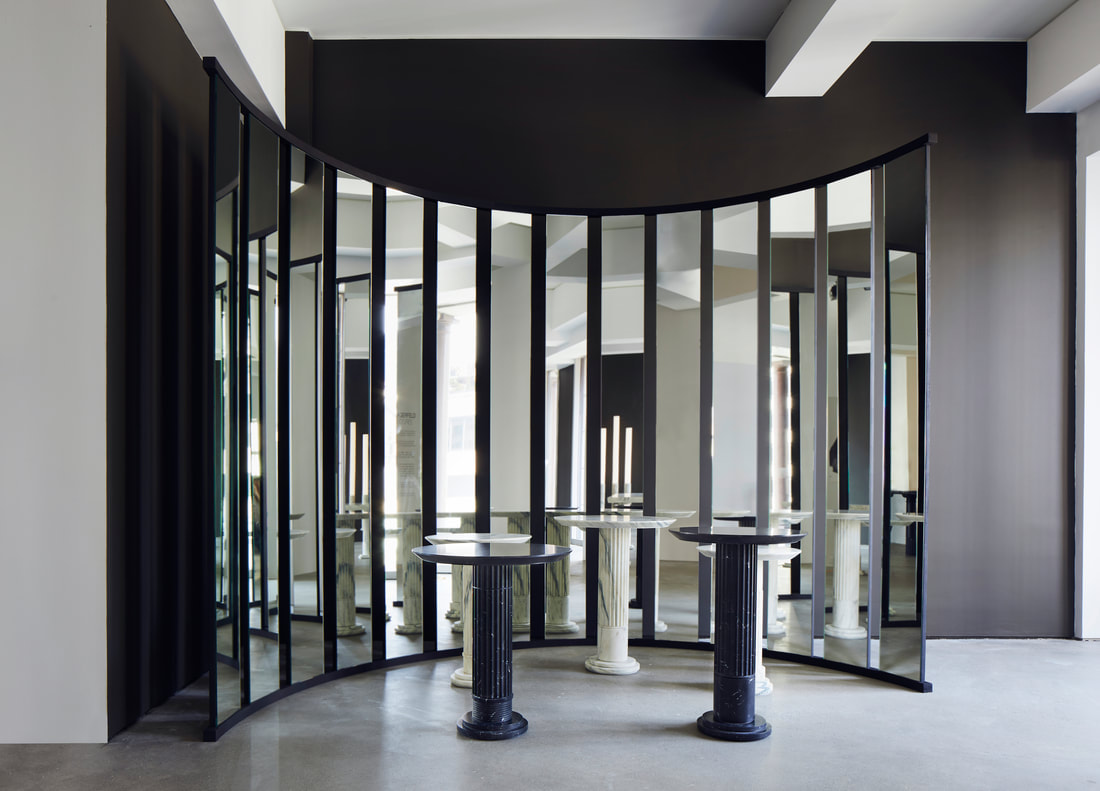 Karl Lagerfeld famously said that ‘trendy is the last stage before tacky.’ He always preferred the timeless over changing trends. His monochromatic furniture collection which he created before he died early this year, now on view at Carpenters Workshop Gallery in New York, perfectly captures this philosophy.

Lagerfeld was an admirer of great design and his many luxurious homes, periodically featured in interior design magazines, featured his taste and changing preferences. In the 70s, he preferred French Art Deco of the 20s; in the 80s, was the first to discover Ettore Sottsass’ Memphis; in the 90s, he created a mini Versallies at his home near Fontainebleau, filling it with Meissen tableware, French antiques, and even a rug originally made for Louis XV; and in 2000’s, he preferred the futuristic look, while living in an interior filled with digital-age design.

The furniture Legerfeld created for Carpenters Workshop Gallery, a collection entitled ‘Architectures’ was inspired by classical antiquity. It was designed after the iconic architectural landscape of Greece, while crafted in black and white Italian marble. Each piece, produced in a limited edition of 8, is carved from a marble blocks, either the Arabescato Fantastico, a rare vibrant white marble with dark grey veins which has not been quarried for more than thirty years, or the black Nero Marquina marble, characterized by its brush stroke-like, milky white veins. The softness of the marble, the quintessential stone of Italian Renaissance, cannot be captured in the photograph, but can easily traced when coming in contact with these pieces. To conclude, this collection merges Lagerfeld’s love for both antiquity and the crafts.

The exhibition open through November 15th. All images courtesy of Carpenters Workshop Gallery. 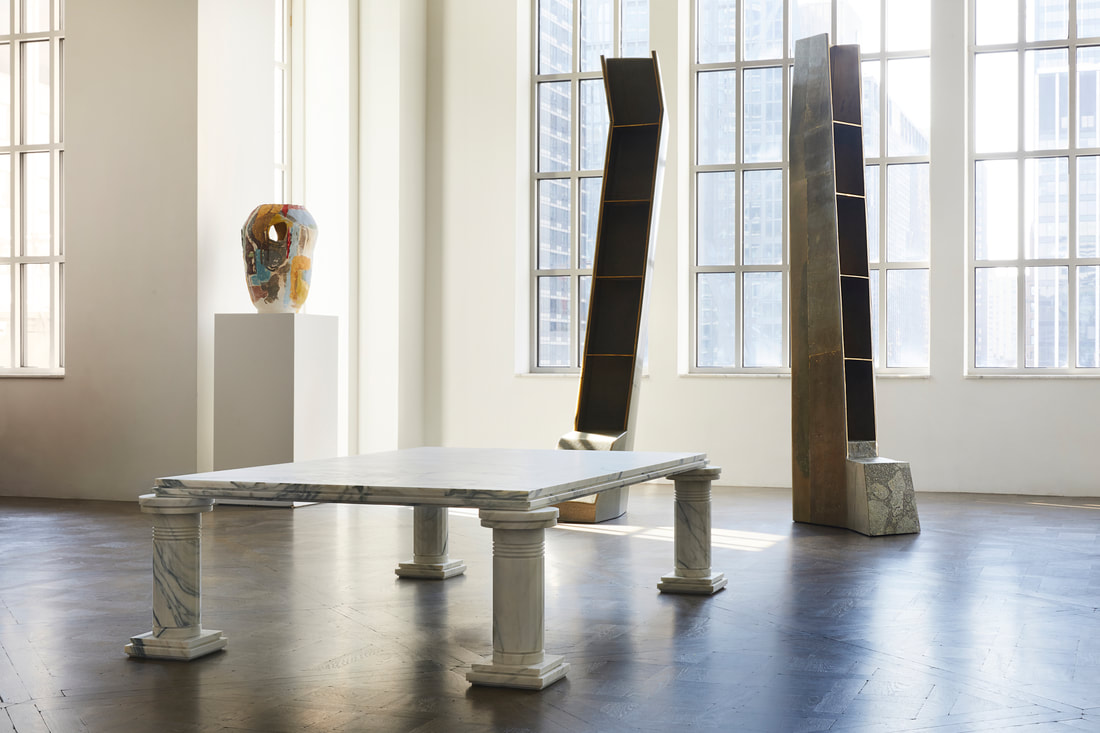 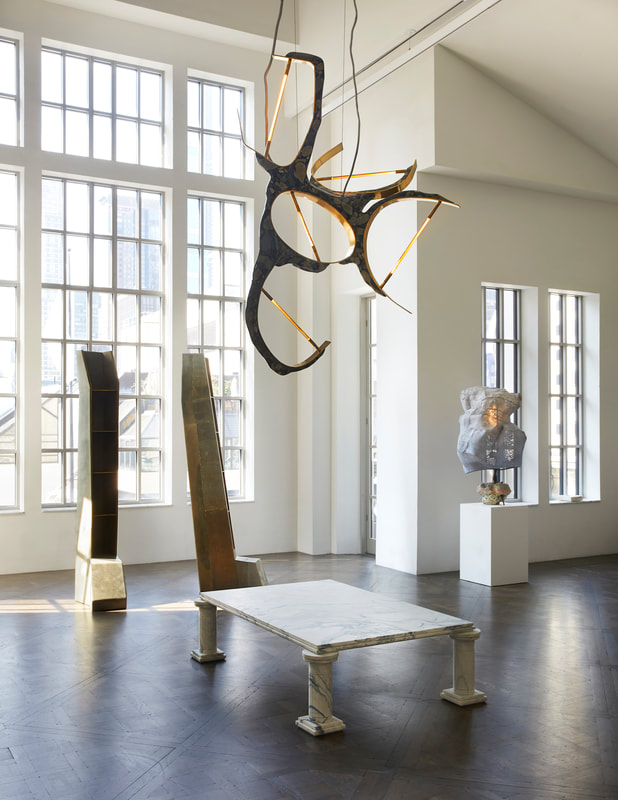 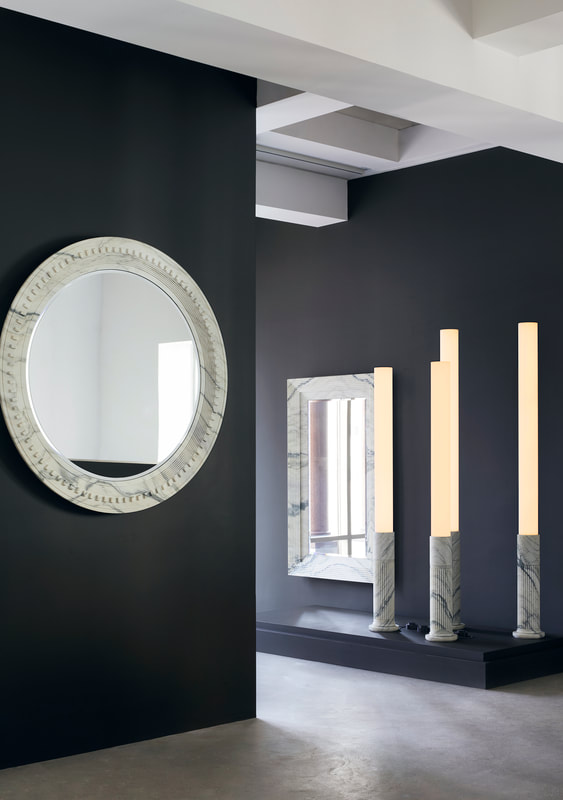 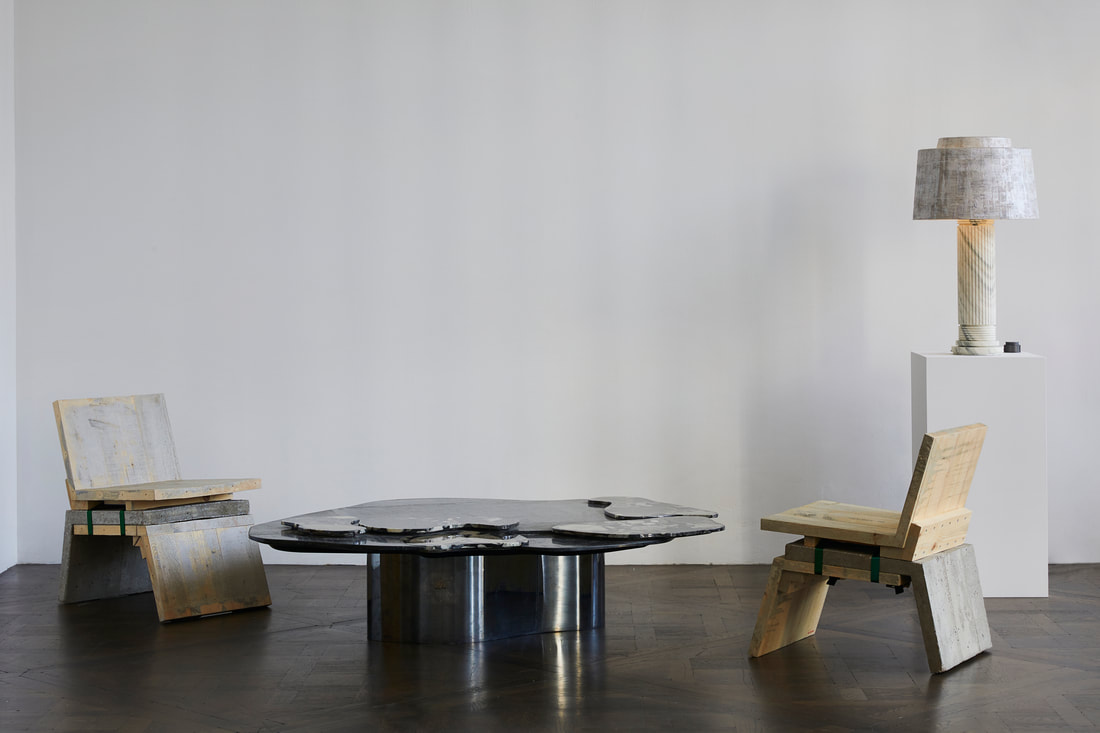 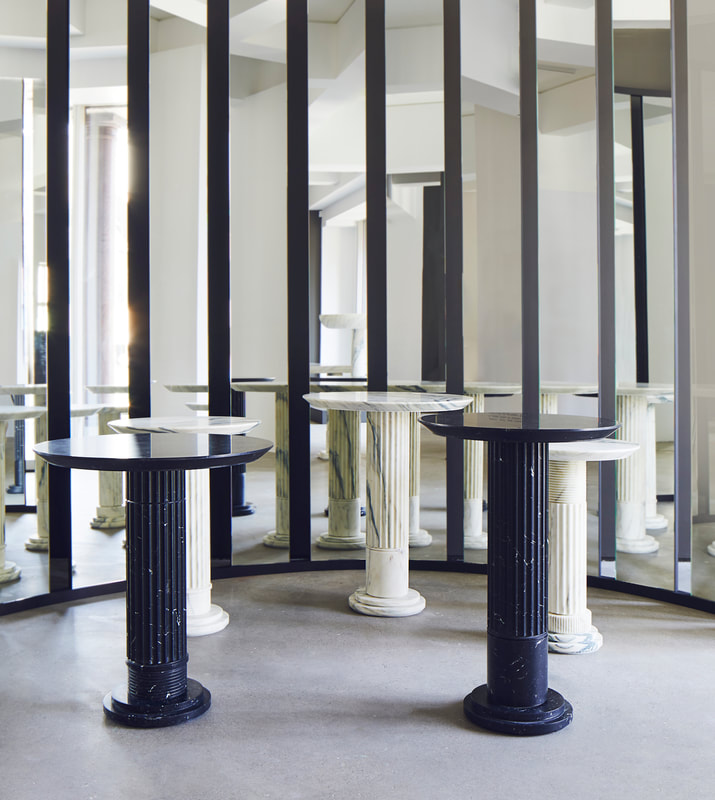 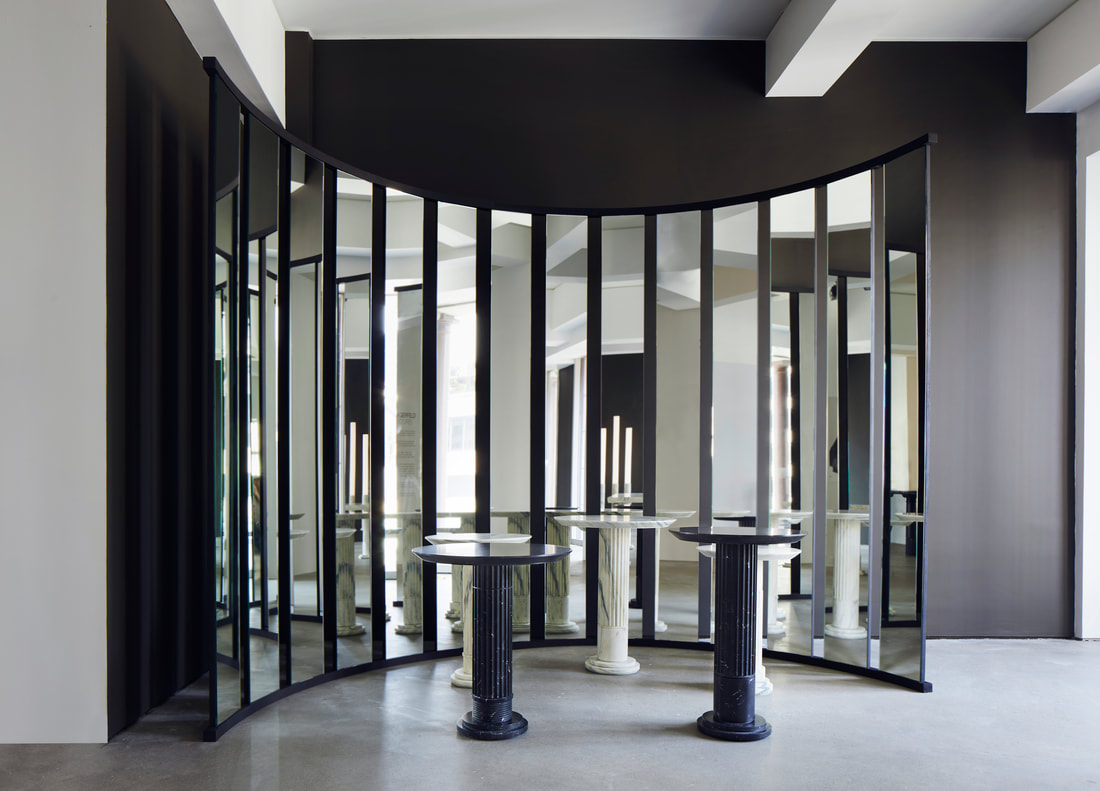 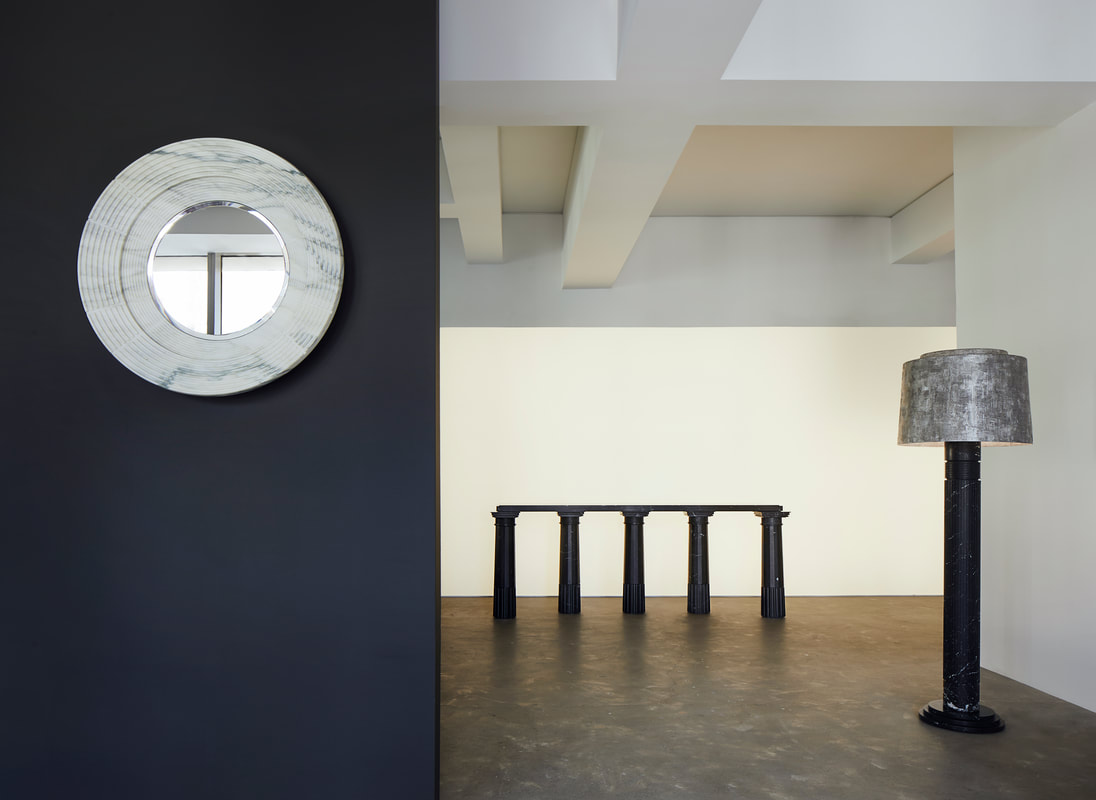