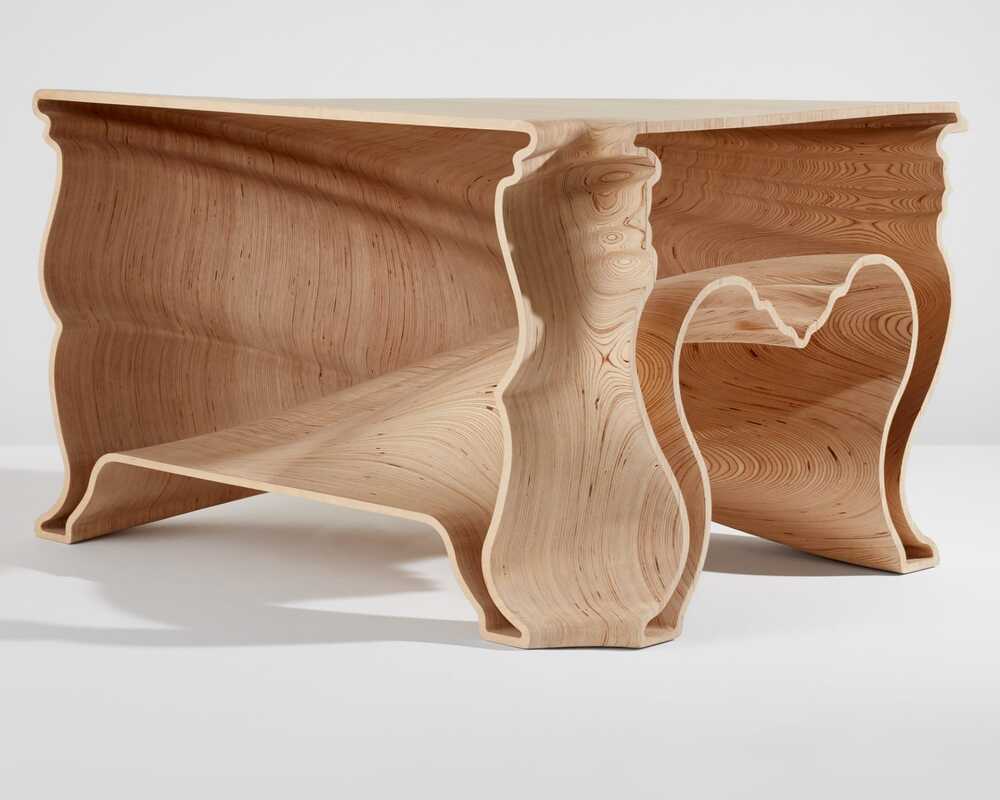 This is a story of Cinderella. Not the fairy tale of the glass slippers, but the table, called ‘Cinderella,’ offered for sale in the upcoming design auction (July 29th).

An icon of 21st century design, the ‘Cinderella’ is a precious piece of furniture, which in 2004, was an early demonstrator of the possibilities of CAD-CAM (computer-aided design and computer-aided manufacturing) to transform couture objects. The groundbreaking piece, which Dutch designer Jeroen Verhoeven began as a student at the Design Academy, Eindhoven, has brought him an overnight success, and he was hailed as one of the pioneers of the early collectible design world.

Merging historical form of Baroque with digital technology was the secret of its quality and success. The table has come to embody the power of digital process to attain a new identity and definition to limited-edition design, as it emerged during the early years of the century. It was named after Cinderella, as for its archetypal term that suggests transformation.

To achieve the unusual, sculptural form, Verhoeven used the silhouettes of a typical 17th-century bombé chest and a table, which he carefully studied in the collection of the Stedlijk Museum in Amsterdam. He then used computer software to merge the two silhouettes into one integrated three-dimensional form. T

he table brings a personal experience, related to the viewer’s perspective and seen differently from all angles.

‘Cinderella’ consists of no less than 741 layers of plywood that have been formed by CNC cutting machine, meticulously glued together, and then finished by hand. All the slices were assembled and the entire object, which is a hollow plywood form, was finished by hand, in similar methods utilized by craftsmen of the 17th century. Everything about this object is contemporary: the narrative, the production, the innovative use of technology, the unique experience it offers to the viewer and the user, and its radical form. 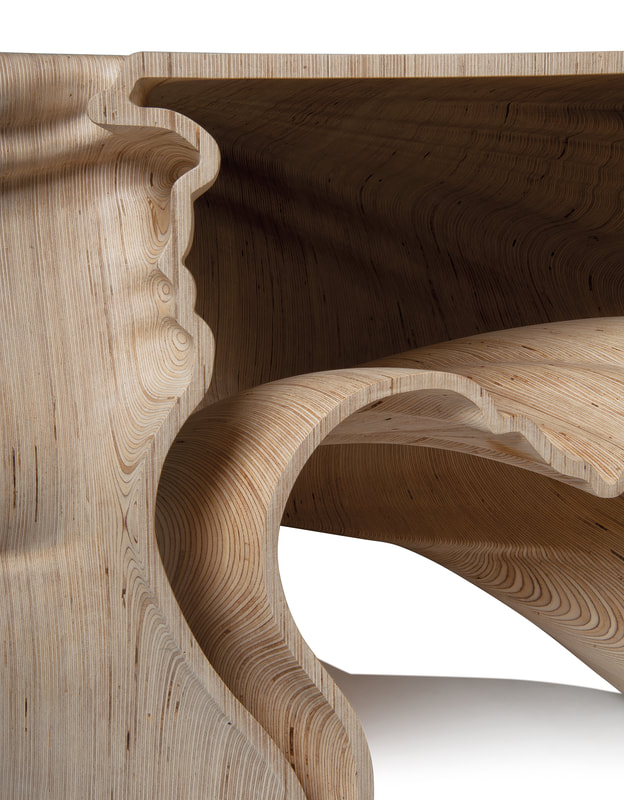 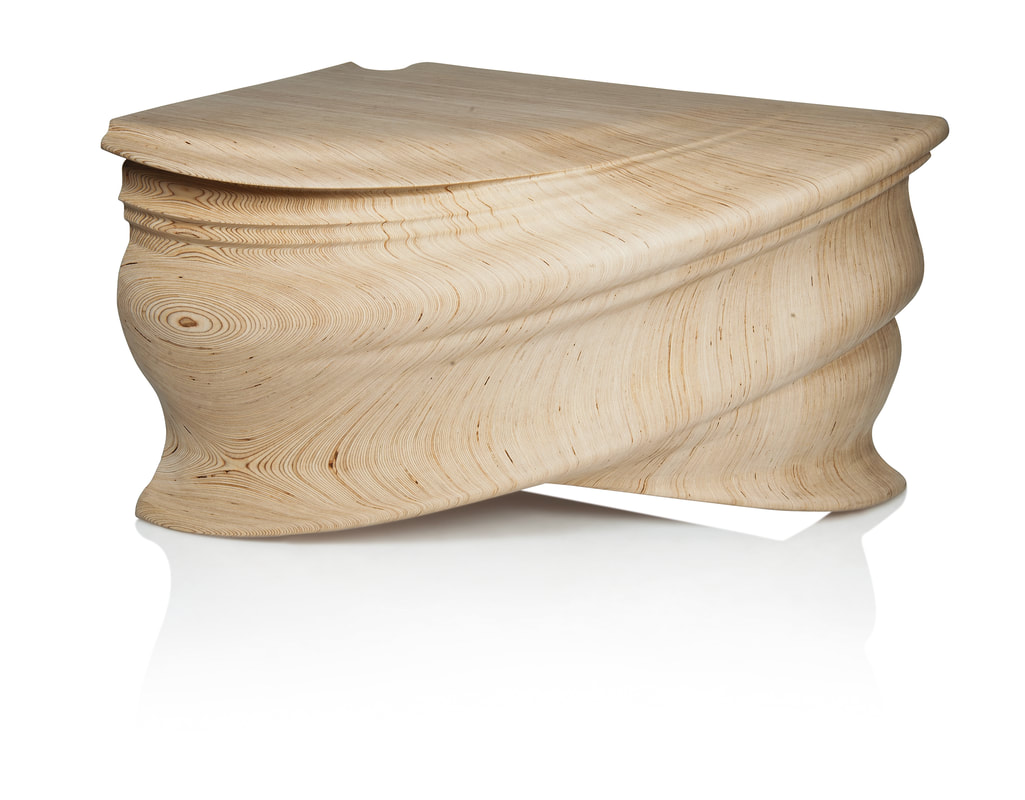 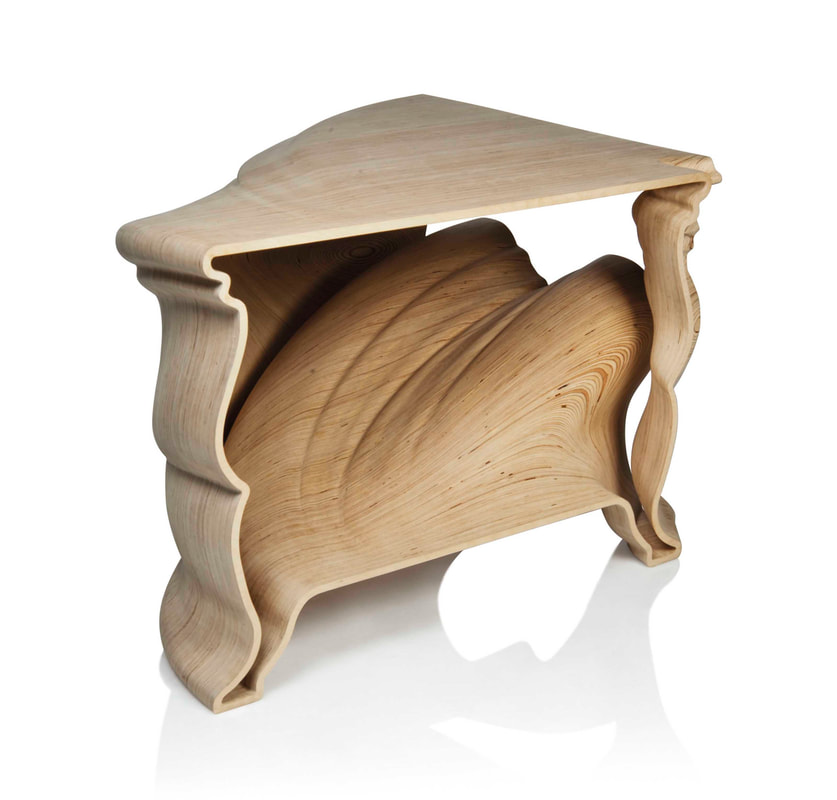