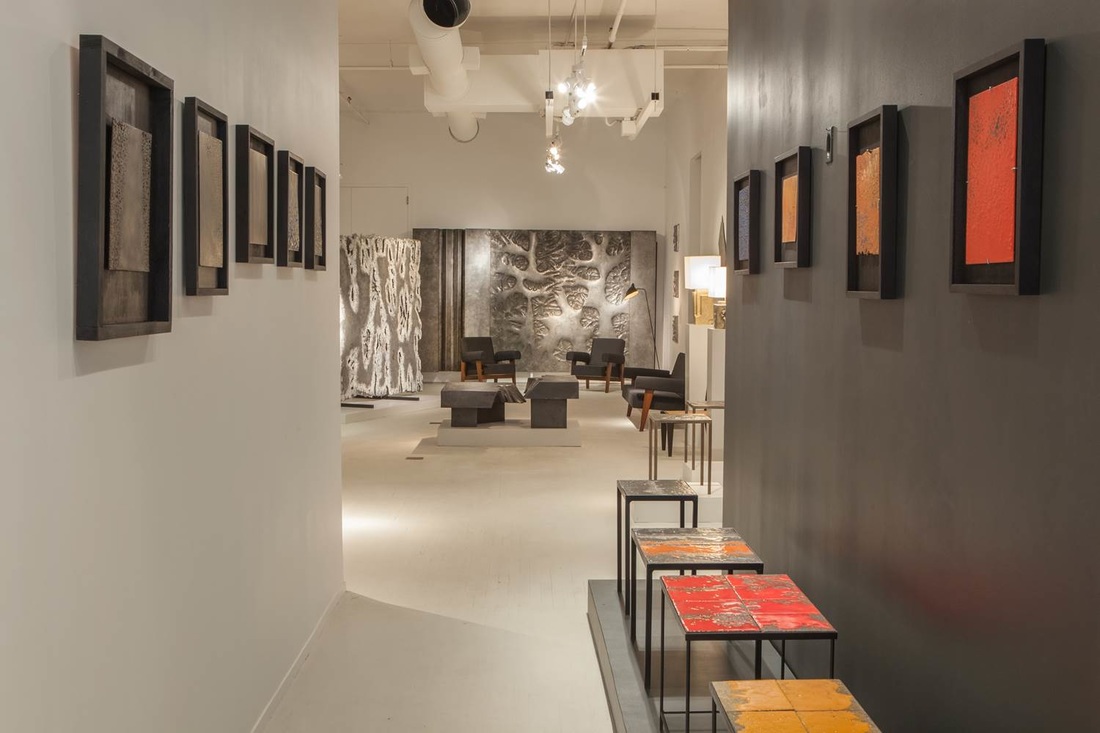 It was the first time that I have seen the work of French sculptor Pierre Sabatier (1925-2003) when visiting the new retrospective of his work at Magen H Gallery. And it is all thanks to passionate founder of the gallery Hugues Magen (below) who has discovered the work of Sabatier years ago and fell in love. He then started to collect it, and for this show, in collaboration with Sabatier’s widow, produced some of the pieces designed by the late artist. Whether working in small or large scale, Sabatier had mastered his material, metal in the most dazzling way, hammering, oxidizing, casting, made the material his own tool in creating phenomenal furniture and architectural elements. Born in Moulins, France in 1925, the year that came to celebrate Art Deco, he moved to Paris after WWII, where he studied at the legendary Ecole Supérieure des Arts Décoratifs and the Ecole Nationale des Beaux Arts, mastering fresco painting. Throughout his career, Sabatier had been interested in integrating art and architecture, making his name with monumental commissions in metal, and crafting a successful career during the 60s, 70s, and 80s. His site-specific commissions, which included doors, walls, and screens, were regularly a part of such iconic buildings as the Tour Aquitaine at La Defense, and the New City Hall in Grenoble, has formed his oeuvre. The pieces are arranged meticulously and brilliantly throughout the gallery’s space, and you feel that you walk into a scene in an epic science fiction film, when walking between the fantastic and enormous screens. 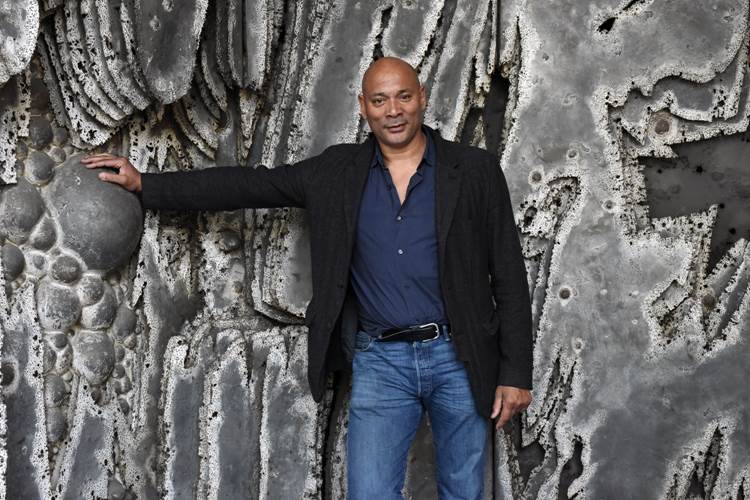 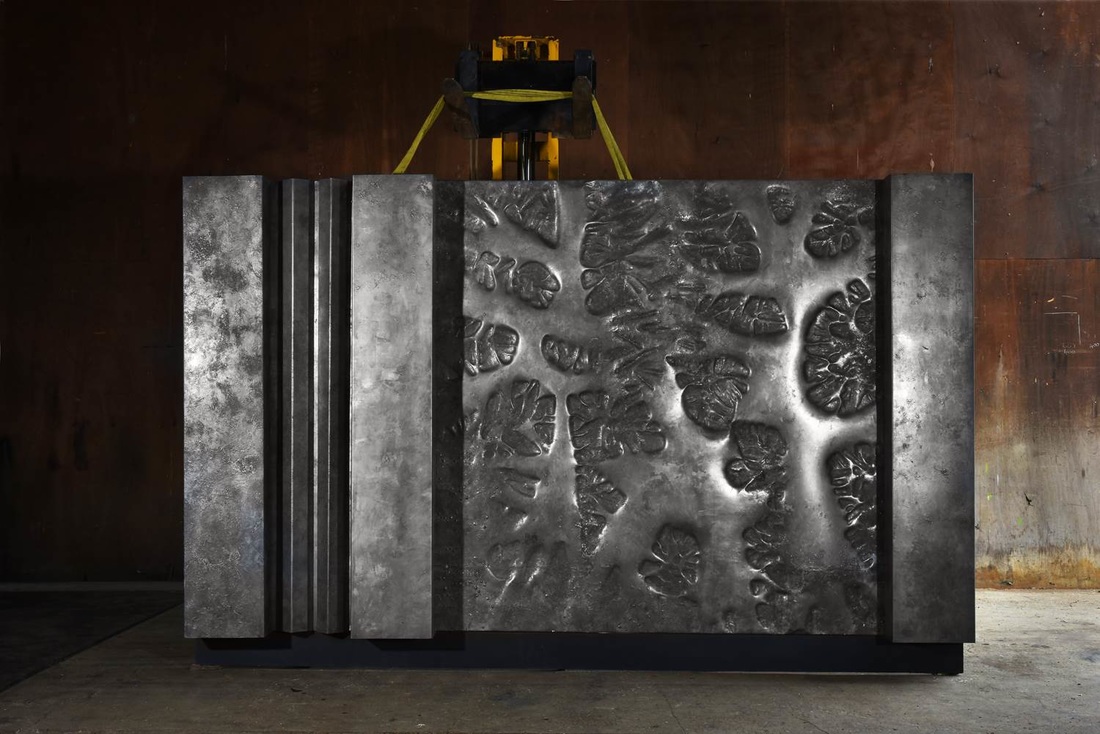 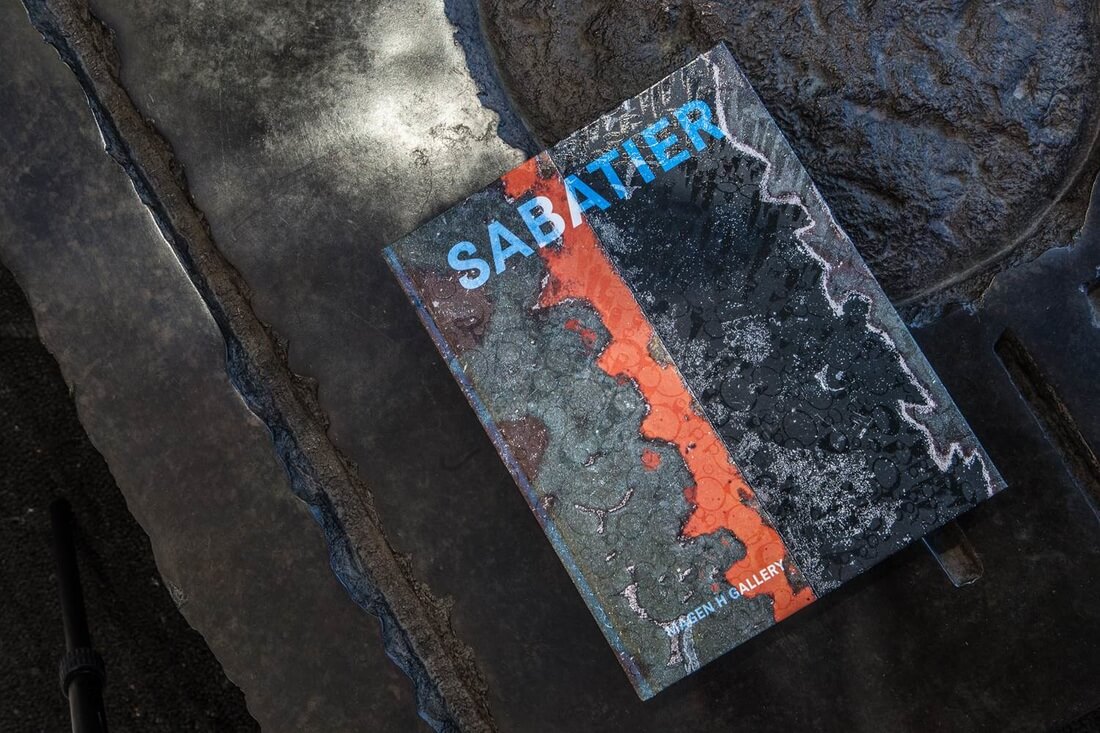 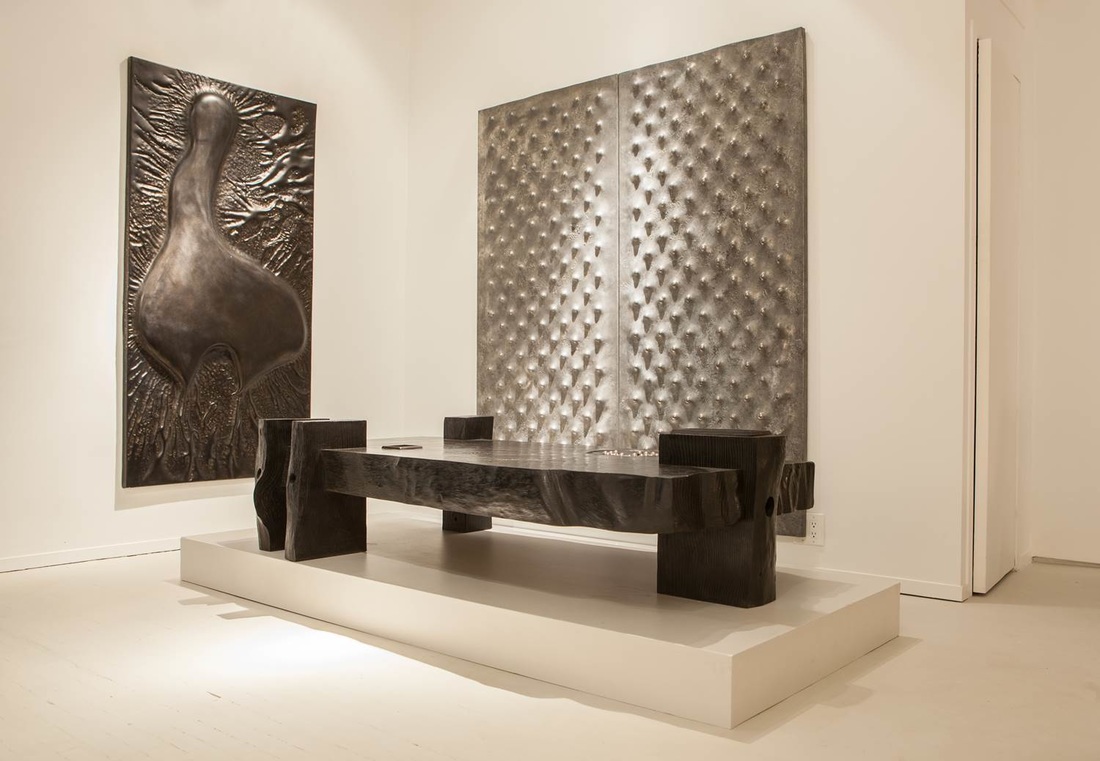