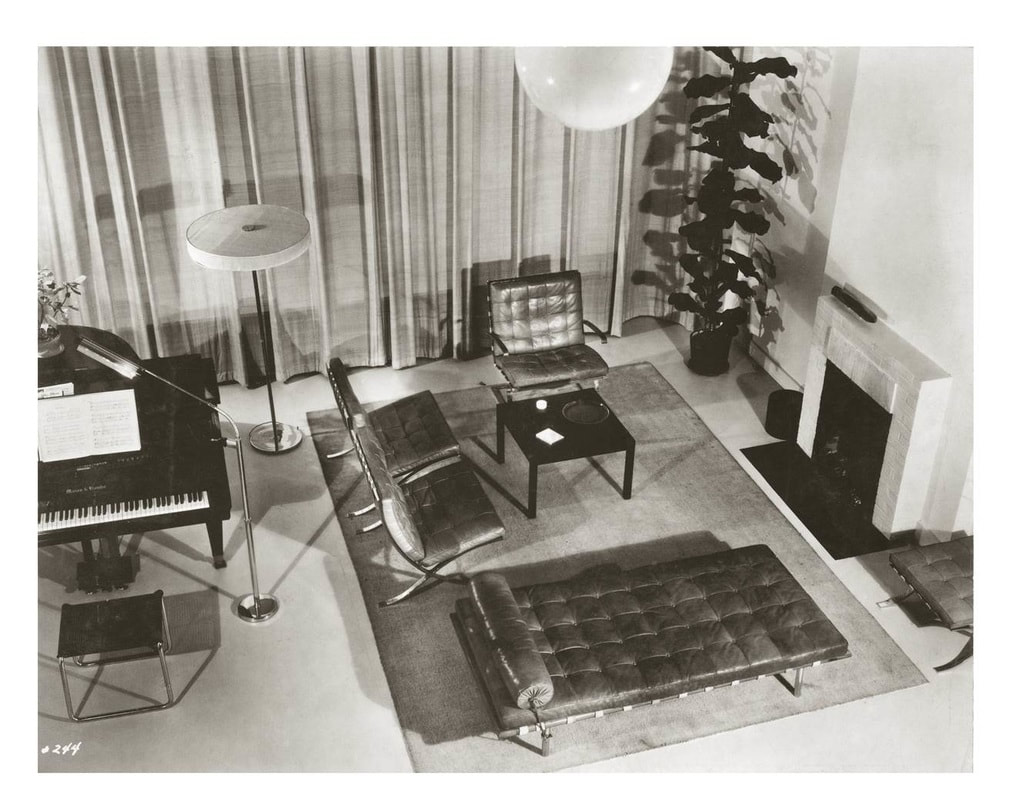 ​When you walk in Turtle Bay neighborhood of Manhattan, along East 52nd Street look up when you get almost to the East River. On the north side of the street, 424 East 52nd Street, stands a skyscraper called Southgate (below). Up until now, only the very few knew that it was in this building that the two instrumental voices in the introduction of modernism to the US, resided, and it was here that the aesthetic initiated at the Bauhaus found its first expression in this country. Now, a new book, ‘Partners in Design: Alfred H. Barr Jr. and Philip Johnson,’ edited by David A. Hanks, illuminates what really happened behind the brick façade of this Art Deco tower designed by star-architect Emery Roth in 1930. Published by Monacelli Press, with text by Donald Albrecht, Barry Bergdoll, and Juliet Kinchin, this fascinating volume focuses on the untold story of the friendship and collaboration between Alfred H. Barr Jr., the legendary Director of MoMA and Philip Johnson, its first curator of architecture, a lifelong partnership that rooted in their shared passion for modern design and architecture. In one of the chapters, Hanks describes in detail the two apartments that they leased in the Southgate in which they personally experimented with modernism long before it became known, and thus those two one-bedroom units are considered the earliest manifestation of modernist décor in this country. Both created minimalist, monochromatic interiors with tubular steel furnishings. Barr, with his limited means, while admiring the modernist furniture by Europe’s masters, selected tubular-steel tables and chairs that New York-based Donald Desky designed for Ypsilanti Reed Furniture Company. Johnson, on the other hand, coming from a privileged background, commissioned Bauhaus Director Mies van der Rohe, whom he had met in Germany that same year, to design his apartment. ‘Elegant but so simple,’ Johnson described this first work of Mies in America in a letter to his mother. On September 7th, the exhibition will open at Grey Gallery. 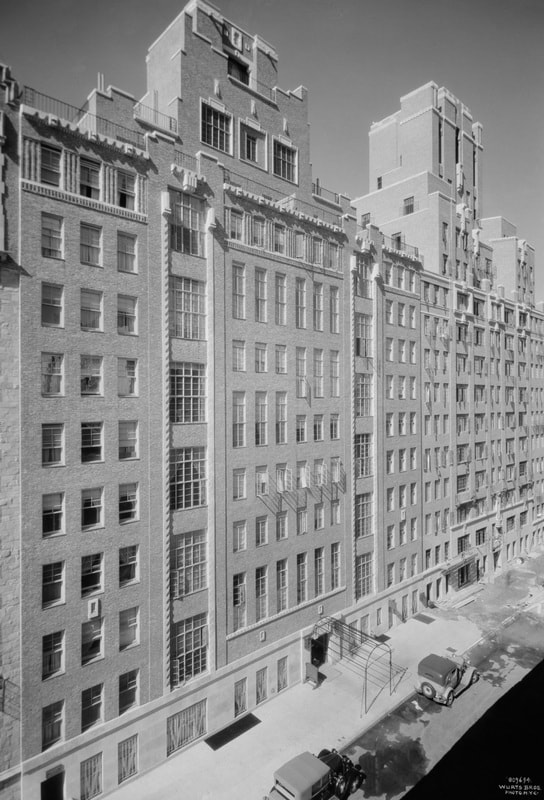 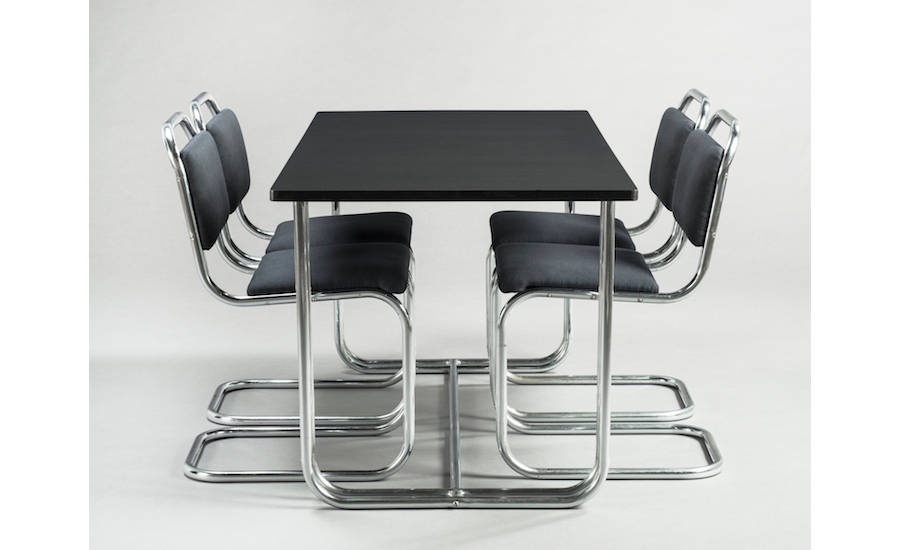 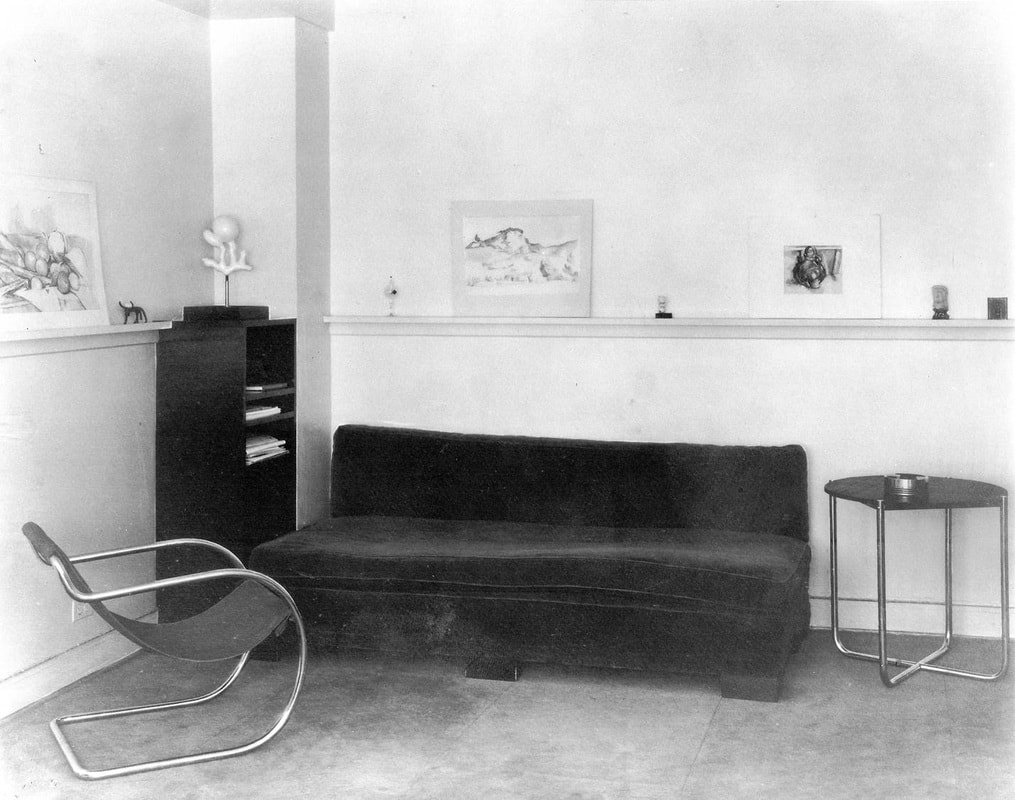 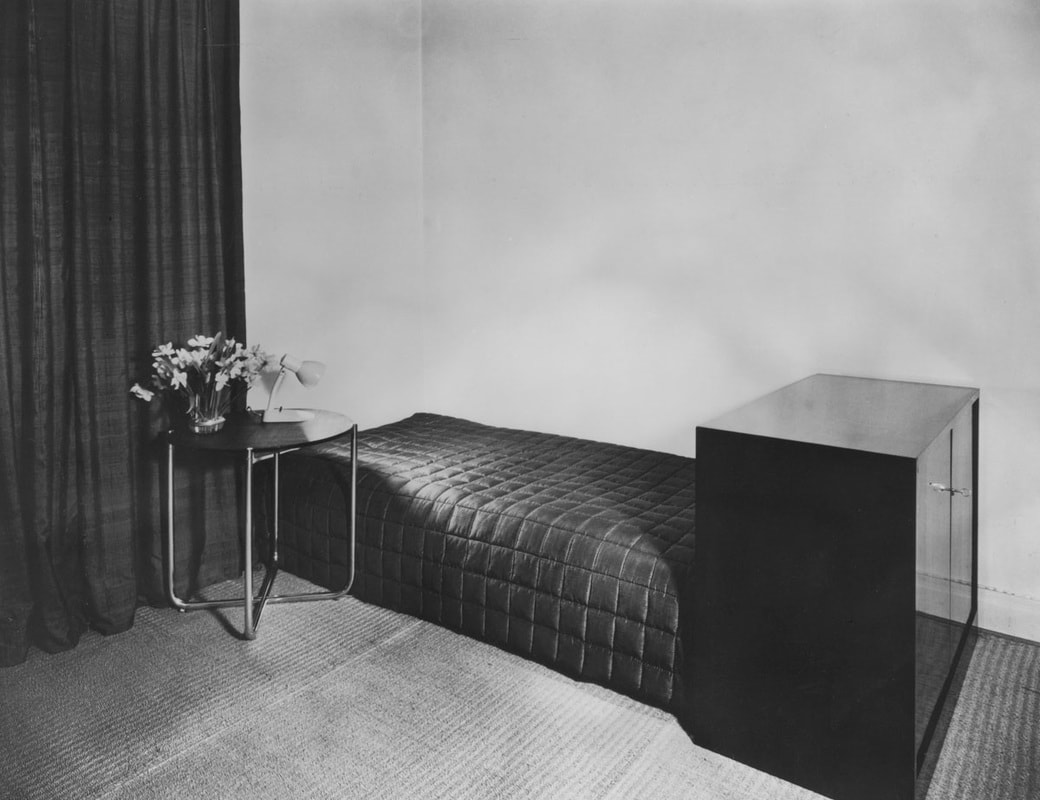