Skip to content
Visiting the design exhibitions at the major auction houses this weekend, my heart stopped when I stood by a pair of chairs by Turin-based furniture designer Carlo Mollino, on display at Sotheby’s. The chairs, which from distance look like twins, have lived next to each other for the past sixty-something years, but may have to go separate ways following the auction next week. It all began when in 1953, a newlywed Milanese couple, both architects, purchased them from their colleague, Carlo Mollino who had the chairs crafted in the Turin-based workshop of Apelli & Varesio, as he often did with his unique, sculptural furniture (below is a period photo of the workshop). When relocating to Australia, they took the two chairs with them, and lived with them for the remaining of their lives. The two chairs were recently rediscovered and exhibited for the first time at the famed retrospective of Carlo Mollino at the Haus der Kunst in Munich in 2011.   Each unique, each has its own story. The ‘Copenhagen Chair,’ crafted in bent plywood for an exhibition held in Copenhagen in 1952, organized by the Danish Arsan d Crafts Society, is a great example of Mollino’s iconic continuous plywood, and with its sculptured form, looks like a living plant (right). The ‘Lattes Chair,’ was commissioned by Mario Lattes for the Lattes Published houses offices in 1951, as an office chair for a secretary and was first published in 1952 in Domus Magazine (left). Two spectacular chairs; two spectacular stories. 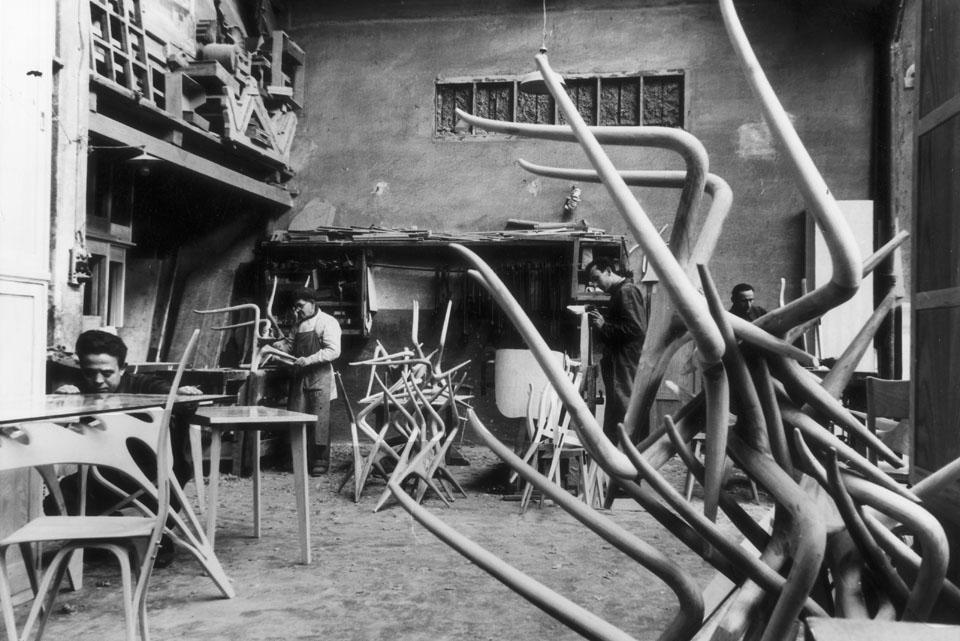 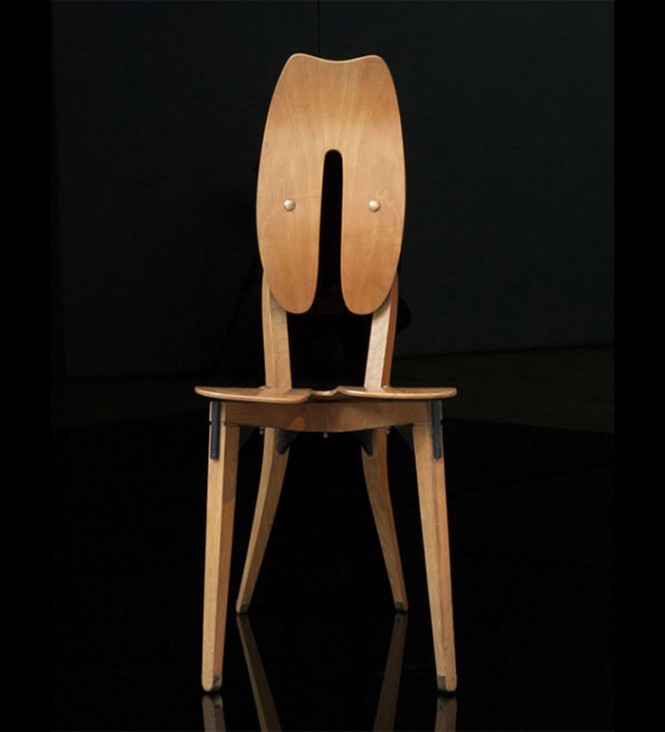 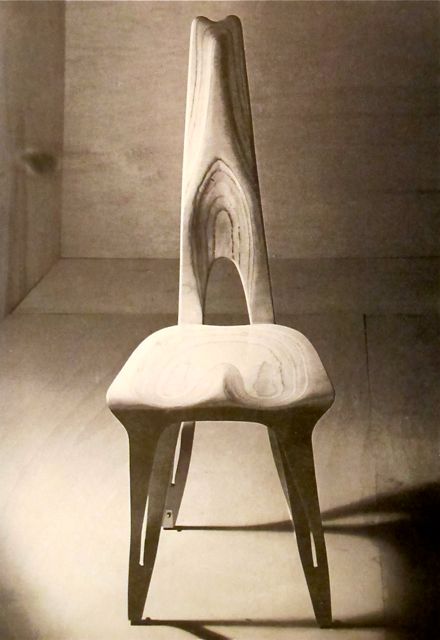