New Canaan had become a cradle of American modernist architecture during the mid-century years. Who didn’t build in this lush New England town? Eliot Noyes, Willis N. Mills, just to name two; Philip Johnson and Marcel Breuer not only designed homes, but also made New Canaan their own home; Frank Lloyd Wright, too. Now the Tirranna House, designed by Wright in 1955 overlooking the Noroton River is on the market for sale. Wright, who designed the modernist estate for Joyce and John Rayward when he was in his 80s, named it after an Aboriginal word for ‘running waters.’ After his death, Taliesin Associated Architects, the firm he founded to carry on his architectural vision designed an expansion of the home, which demonstrates Wright’s extraordinary talent to integrate his buildings into their landscape. 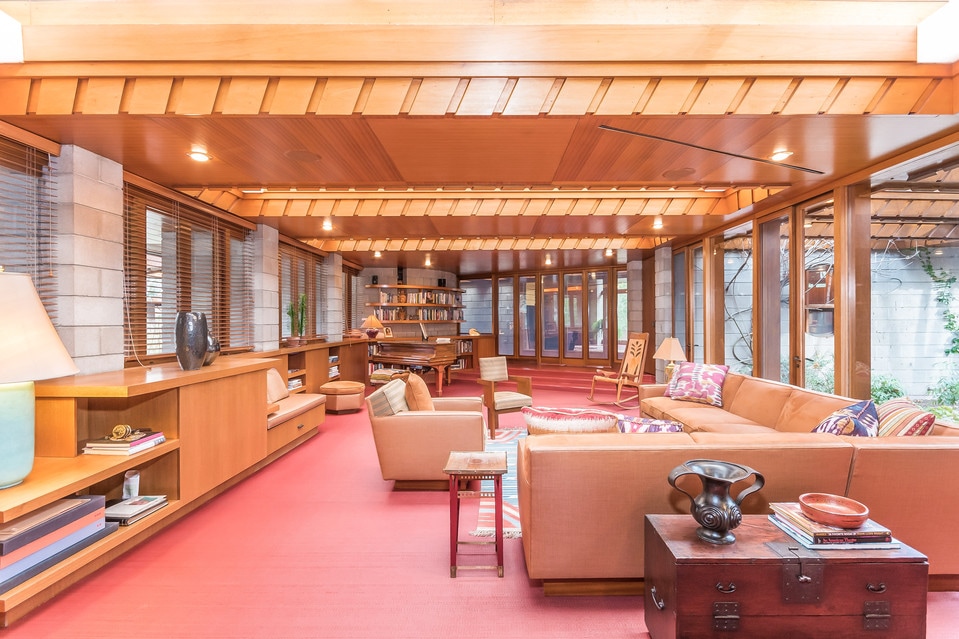 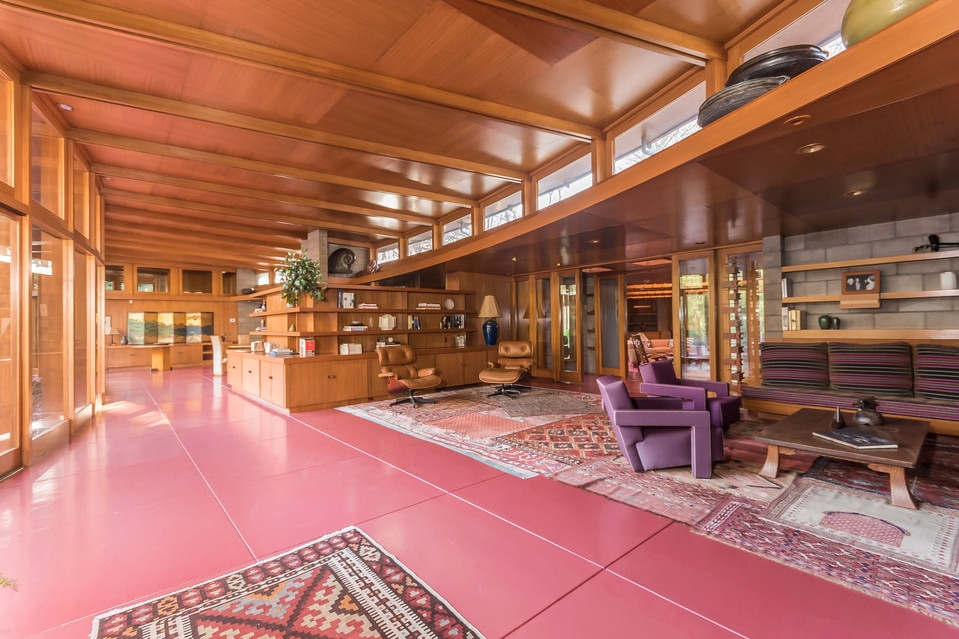 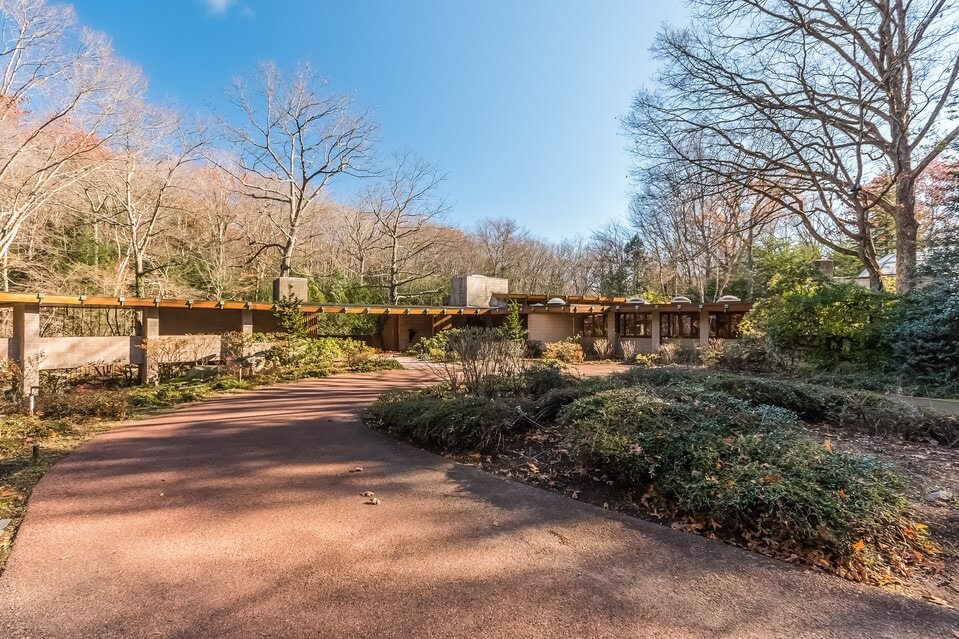 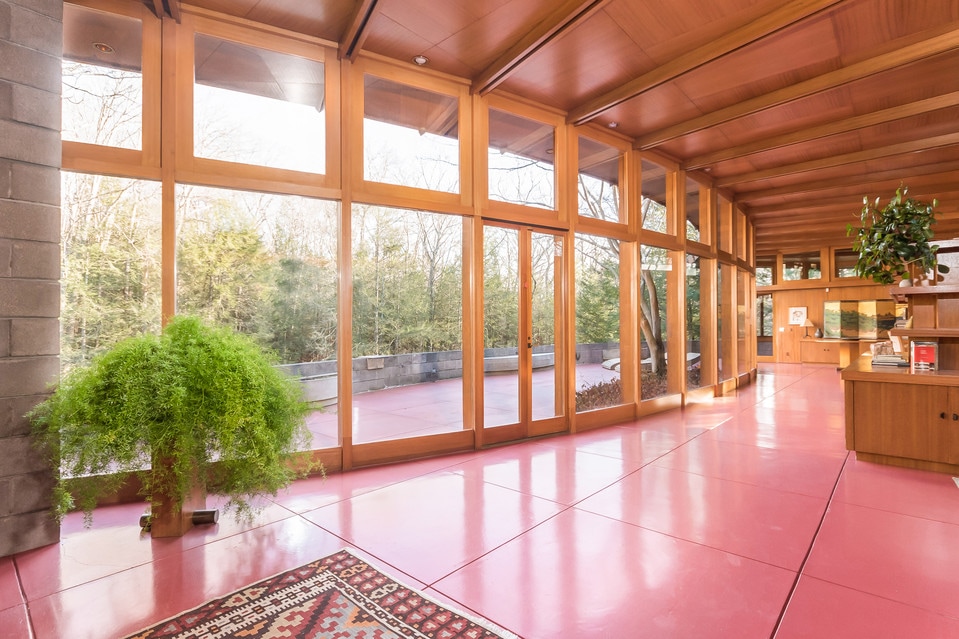 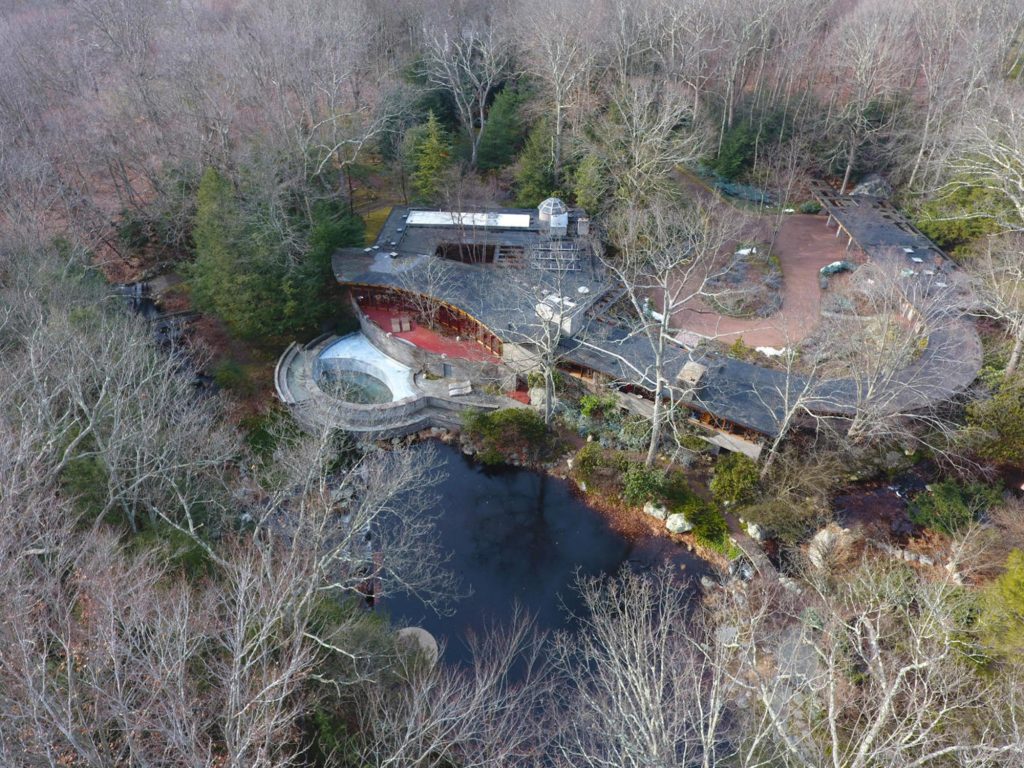