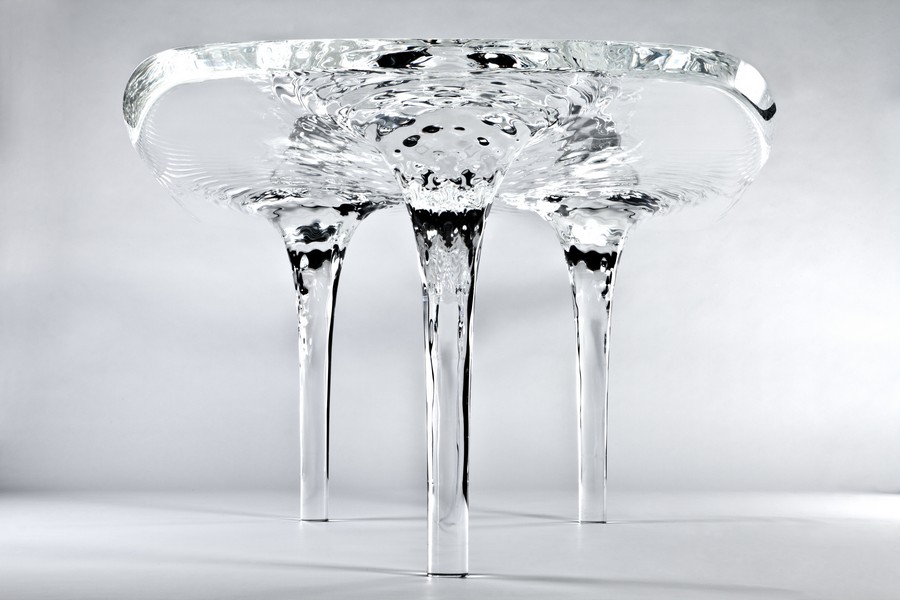 In furniture design, synthetic resin in its various forms has gradually become the material of our age, in the same way plywood had become the material of the 40s and carbon fibers of the early 2000’s . Resin has a tremendous potential to be formed into fluid forms that capture liquid, oceans, and ice formations, and can be poured over various materials, such as wood, stone, and gems. The most famed of all examples is certainly the Liquid Glacial, a furniture collection which Zaha Hadid created for London’s David Gill Gallery in 2012, composed of pieces crafted in Italy out of transparent acrylic in biomorphic shapes that come to mimic melting glacial ice (above). British duo Patrik Fredrikson and Ian Stallard followed with their dazzling Gravity Table, which looks like a giant piece of melting ice, and Gaetano Pesce created six “Tables on Water’ crafted in his Brooklyn atelier, in expressing the depth of various forms of water: ocean, river, lake. For Italian Studio Nucleo, a collective of four artists represented by Ammann Gallery, resin provides the tool to capture memory, to bridge between past and future, as they did with the ‘Souvenir Thonet Chair,’ where an example of the famed 19th-century bentwood chair is inserted in two blocks of epoxy resin. The new addition, ‘La Table’ by Saint Martin-based designer Alexandre Chapelin, combines resin with stone to mirror the landscape fabric of the island in the French West Indies. Is resin becoming the material of the second decade of the 21st century? 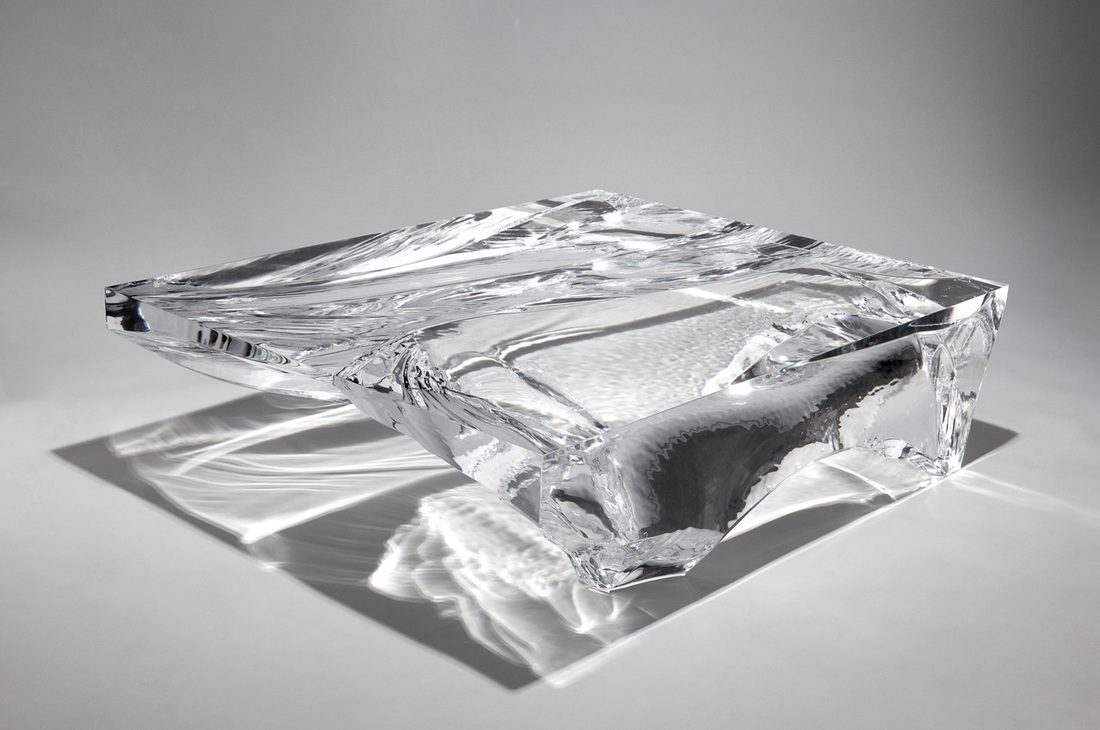 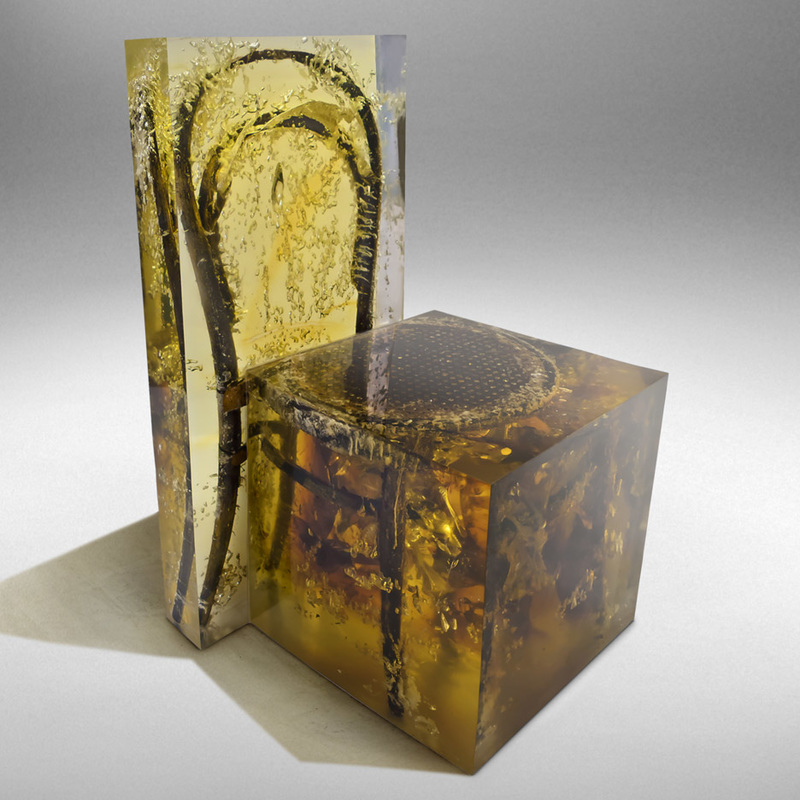 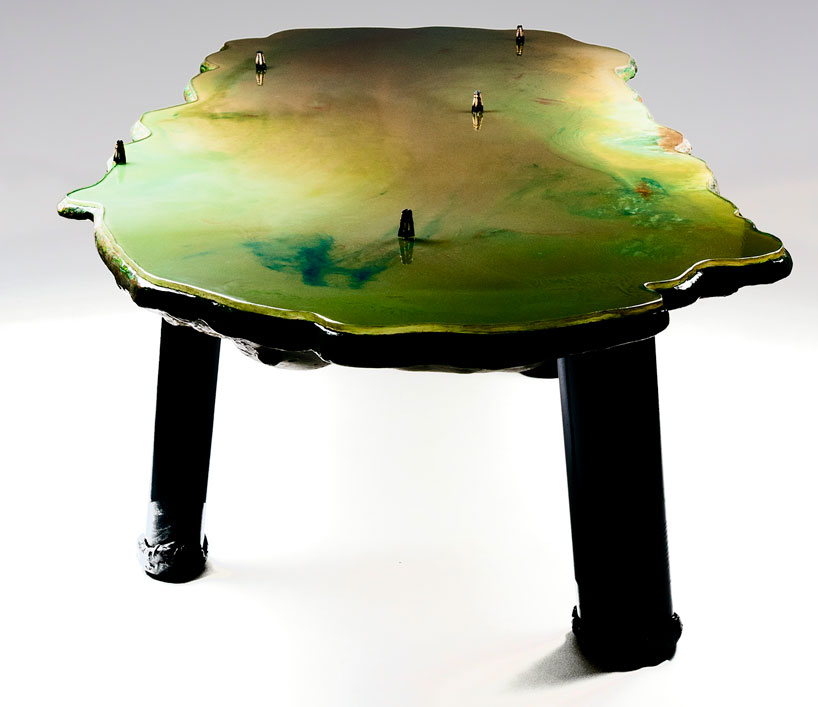 Tables on Water by Gaetano Pesce

Tables on Water by Gaetano Pesce 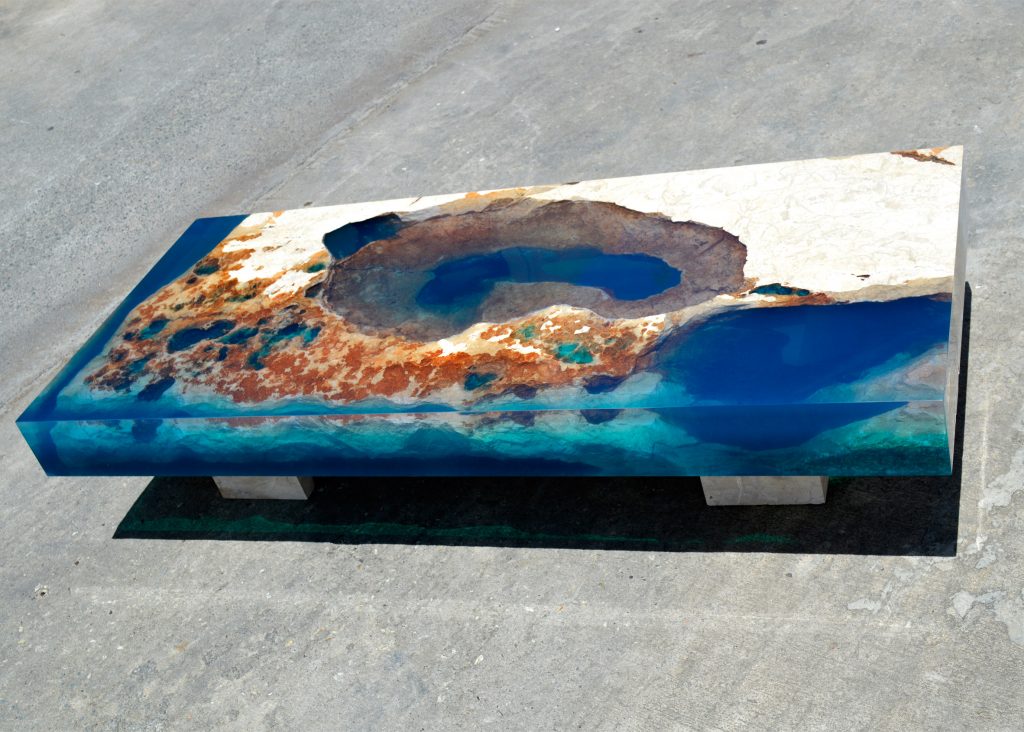 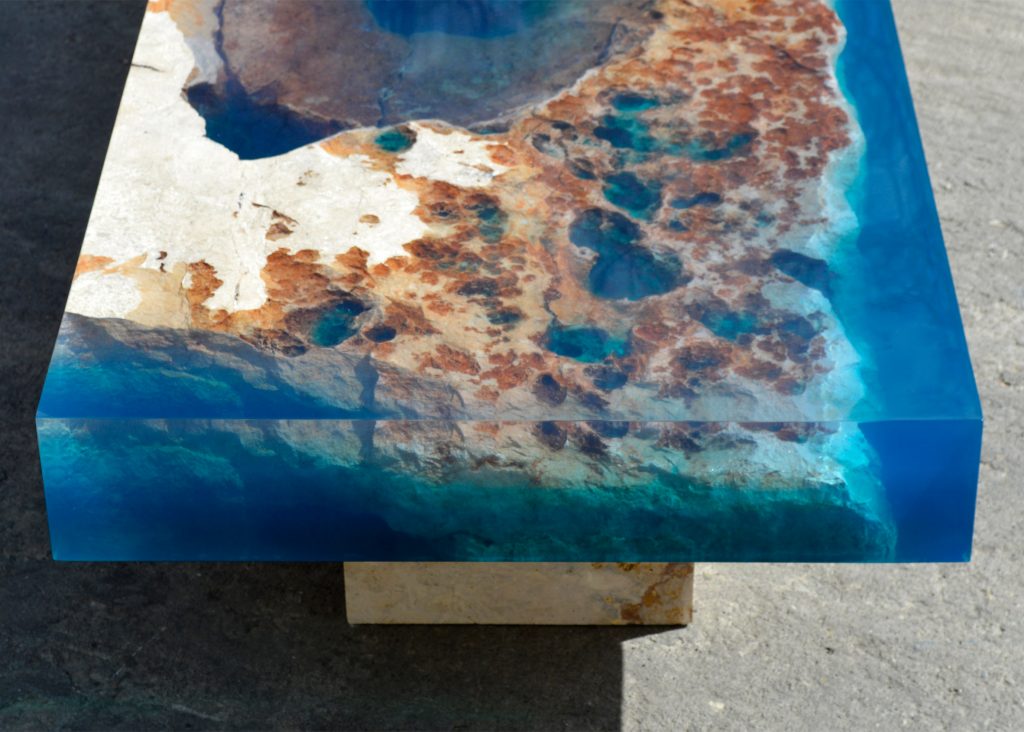