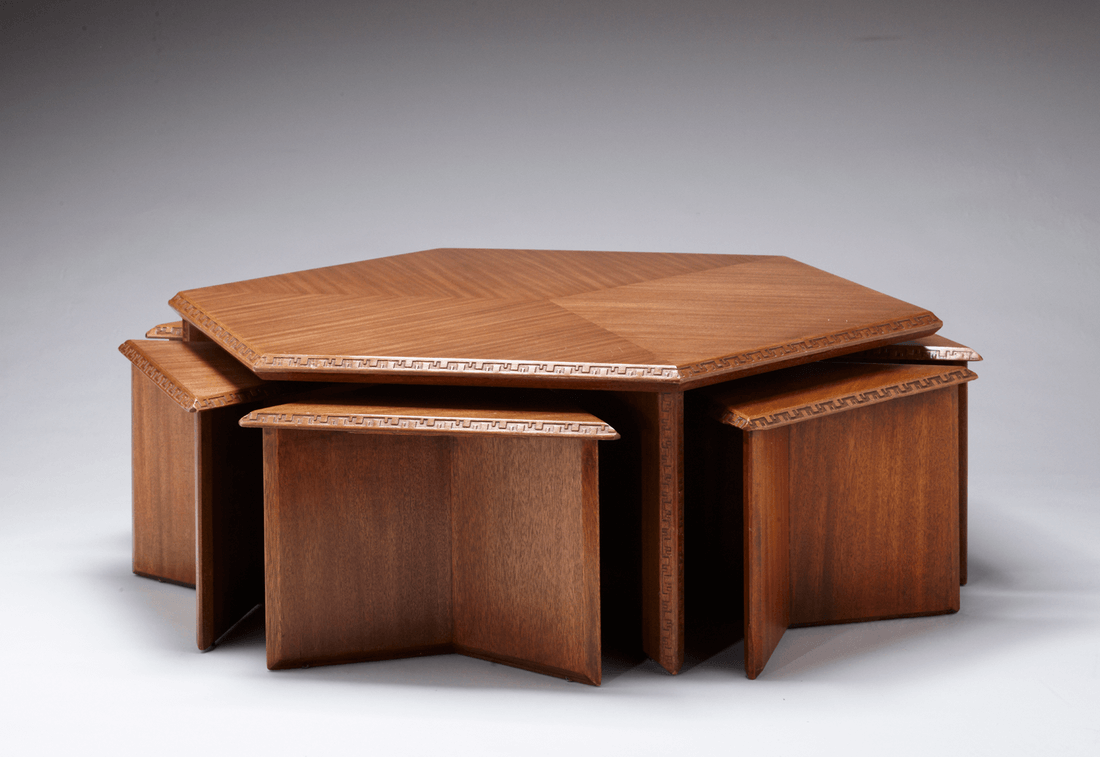 While Frank Lloyd Wright had always envisioned the home as a total work of art, constantly rethinking the American home in its integrated design and furnishings, in 1955 he designed mass-produced furniture for the first time. He was 86 years old, and this collection of furniture for Heritage-Henredon was branded as “Taliesin Ensemble,” referring to the famous architect’s home and estate in Iowa County, Wisconsin. Although the furniture line was priced to be accessible to the average consumer and was promoted this way, it was not a commercial success and was taken out of production after less than two years. Neither the prestigious name of Wright, nor the slogan “furniture for the housewife,” as it was promoted during the golden age of Mad Men, helped to turn the line into a success. Aesthetically, all pieces were loosely inspired by Wright’s early furniture, but were decorated with ornamental moldings. 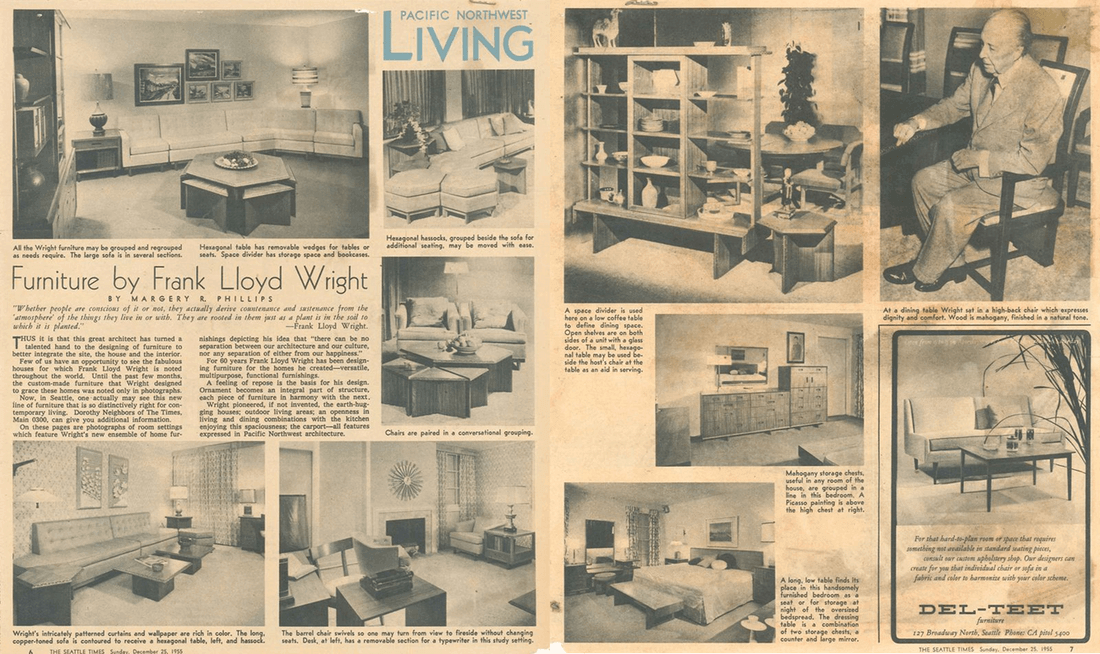 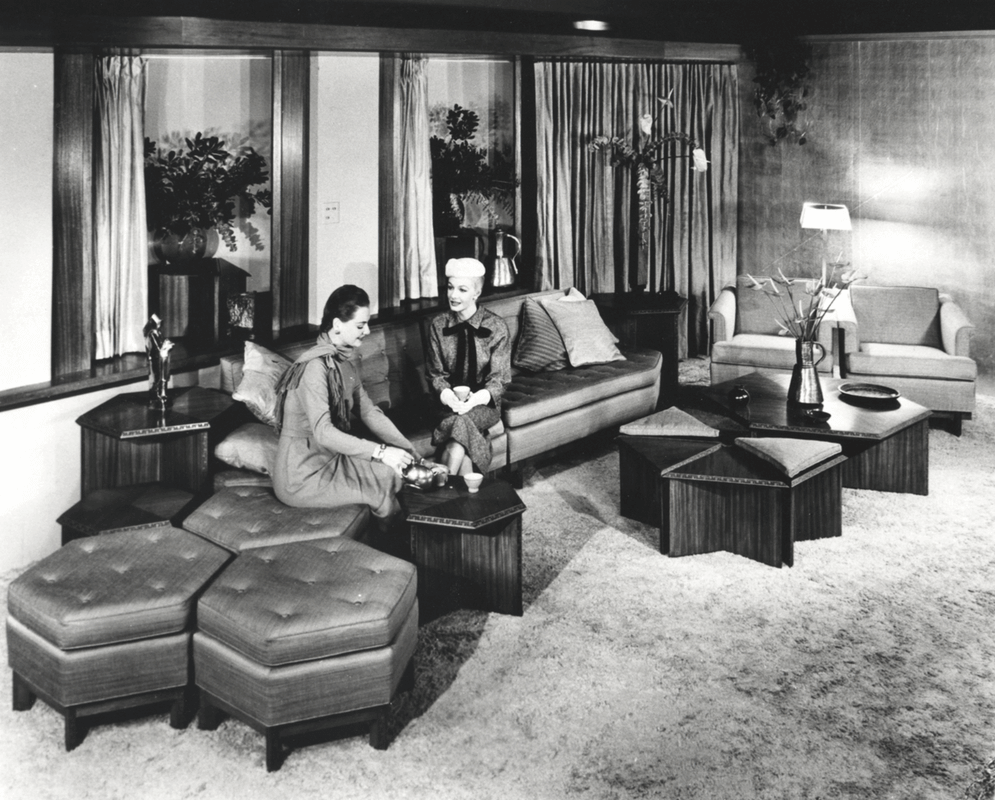 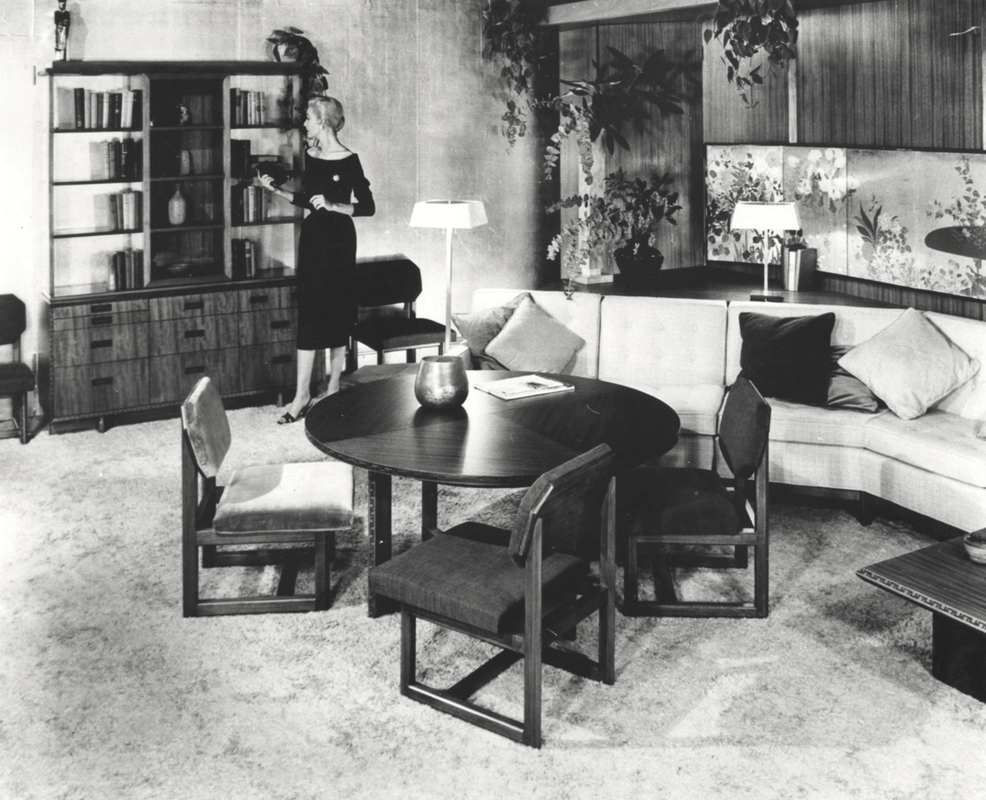 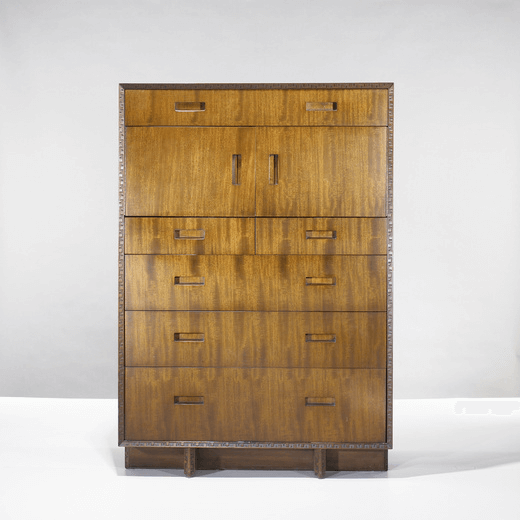