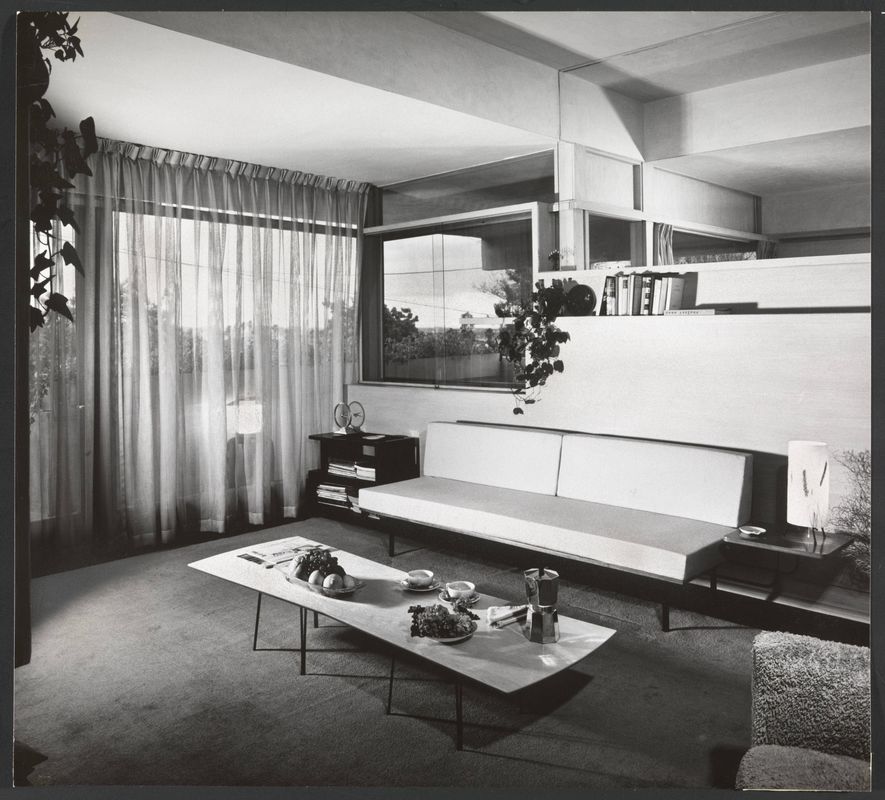 On his birthday, let’s remember gifted architect Rudolf M. Schindler who was born on September 10rh, 1887 in Vienna. He immigrated to the US at 16, worked for Frank Lloyd Wright in Los Angeles, and settled there, opening a practice, and made his career by building homes in the region, a center of construction of modernist residential architecture. Like his own home and studio, which R.M. Schindler completed in 1921, all of his houses were designed according to the principles of European Modernism: low cost materials, flexible plans, modernist, abstract, daring forms, becoming influential to the generations of Southern California architects. While working at Schindler’s office, Esther McCoy, who was to become one of the country’s foremost architecture critics, published an article about him in the journal Direction. ‘Schindler,” she wrote, ‘is an architect’s architect, perhaps the most borrowed from of all the moderns in America, just as Wright is the most influential. It is not only his conception of space that makes him unique. He has developed construction methods and usages that are now in general practice. He was the first to introduce wall cabinets as prefabricated partitions, the first to use unit furniture; his tilt-slab house was the first of the prefabricated houses; he developed the bar-sash window, which does away with the clumsy posts of the double-hung sash and the heavy meeting rail at eye level, or the obvious disadvantages of the casement window— it is a horizontally sliding metal sash which allows grouping in continuous rows.’ All images: Julius Shulman @ J. Paul Getty Trust, Getty Research Institute, Los Angeles. 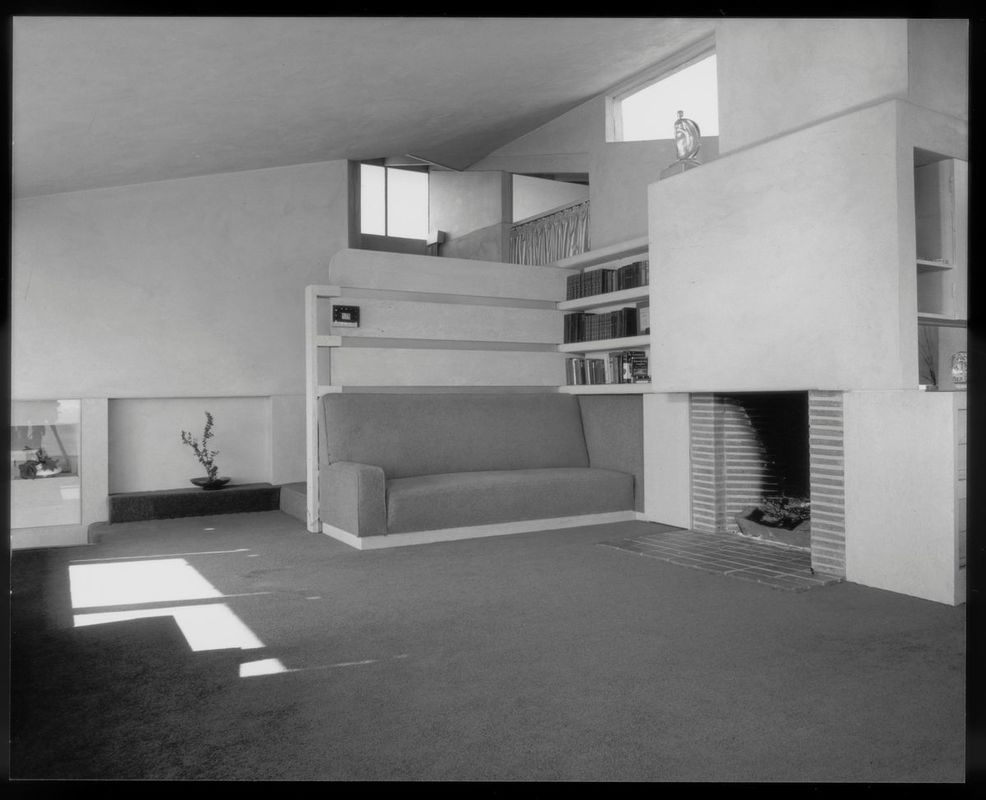 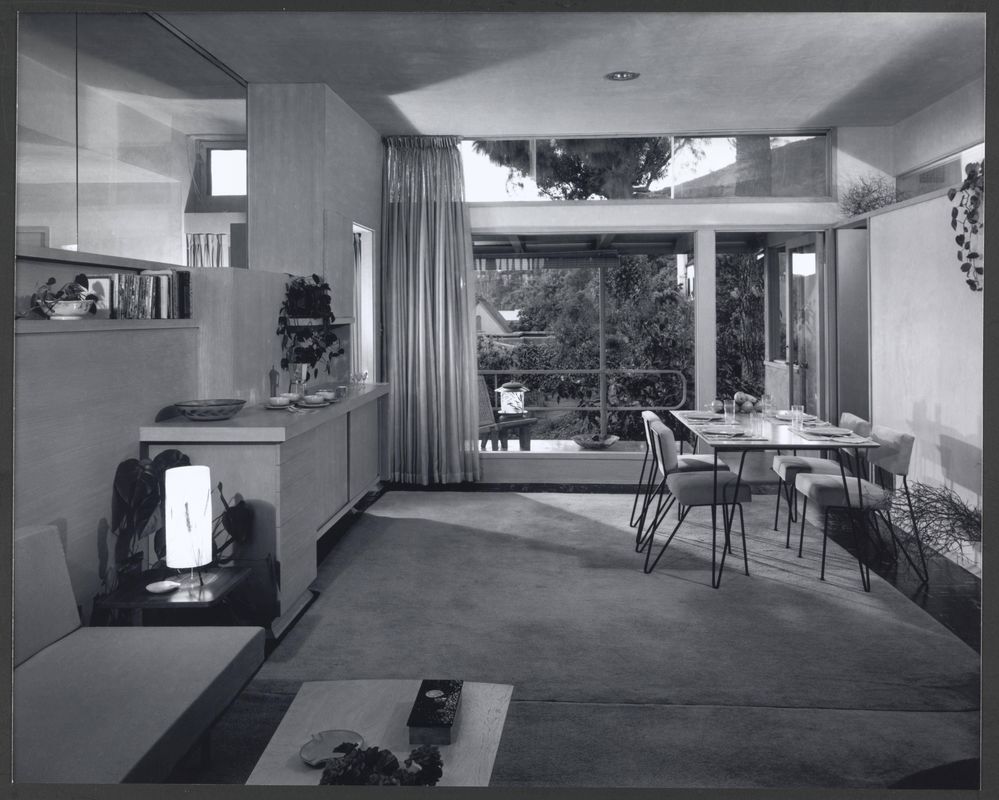 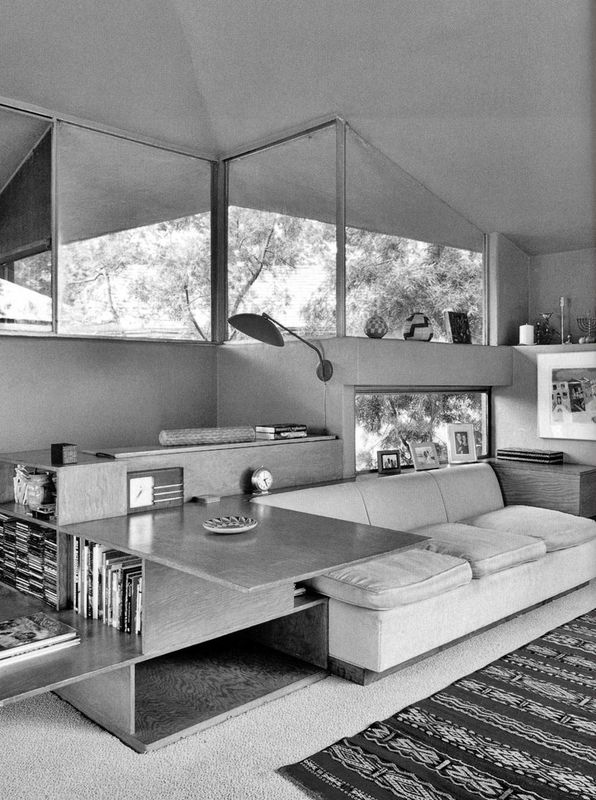 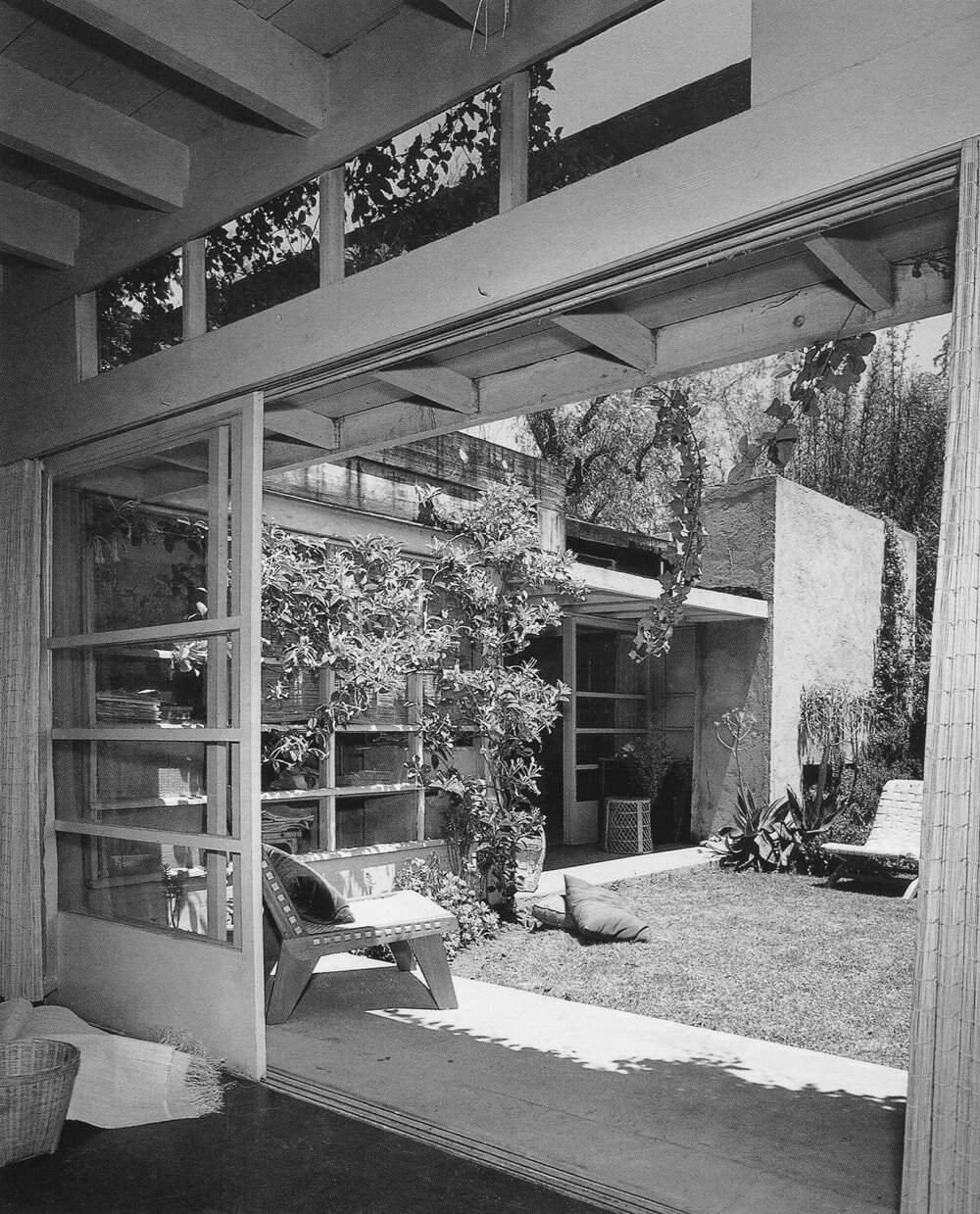