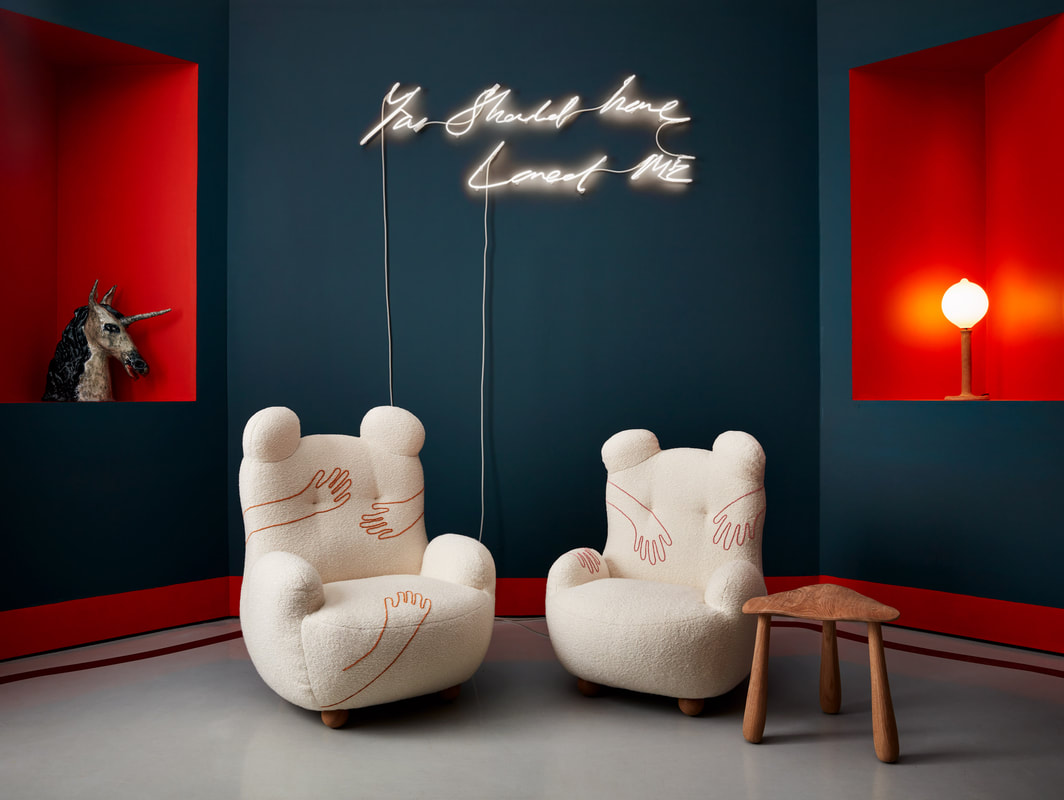 When you walk into the Pierre Yovanovitch’s new solo exhibition Love, you sense the passion, love, and sensuality everywhere: in the rich colorful spaces; in the graphic images embroidered onto the fabrics; in the sexy shapes of the pillows; in the lighting and staged atmosphere; all guided by one story, a narrative which he envisioned as the main theme of the show. But this installation demonstrates something bigger. That the French interior architect (he was born in Nice, South of France) has forged a distinctive style, new aesthetics, and personal elegance, rooted in French heritage, which have placed him, twenty years after establishing his practice, at the forefront of his art. His language stands between the restrained and the whimsical, between the luxury and the simplicity, between the minimal and the maximal, between the historical and the contemporary.

Yovanovitch has created furniture and lighting for many years, but before R & Company began representing his work in this territory two years ago, they were available only to those commissioning his interiors. For the new show, open in conjunction with his first monograph, Yovanovitch transformed the main level of the gallery, situated in a cast iron 19th-century building into a domestic home, composed of a series of rooms for fictional Miss Oops.

We are lead from one scene to another, each telling her story, while also symbolizing the emotional evolution of her romance. From the parlor at the front of the gallery, to the rich purple dining room, to the deepest red boudoir, and to the bedroom, the climax, the highest point of the story. Each of these rooms is furnished with objects created by Yovanovitch for this show and crafted by artisans across the globe, along with vintage and contemporary objects and works of art by others. This fictional character, Miss Oops first appeared in his exhibition at the Toulon Festival last year, and too, she is getting a special recognition.

Thank you Pierre for the inspiring talk and walk-through the exhibition, for illuminating on the process of thinking and creating. Your dedication continues to inspire the profession. Thank you, Zesty Meyers and Evan Snyderman, co-founders of R & Company, for hosting my group and for always supporting education.

The exhibition will be on view through January 20th. 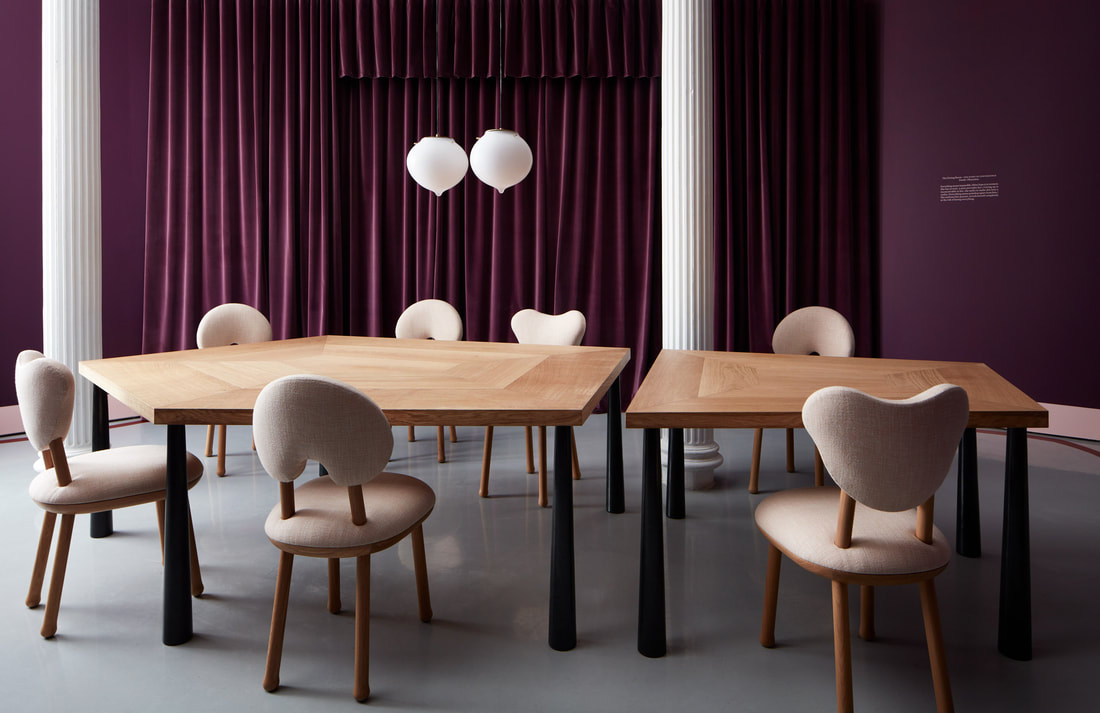 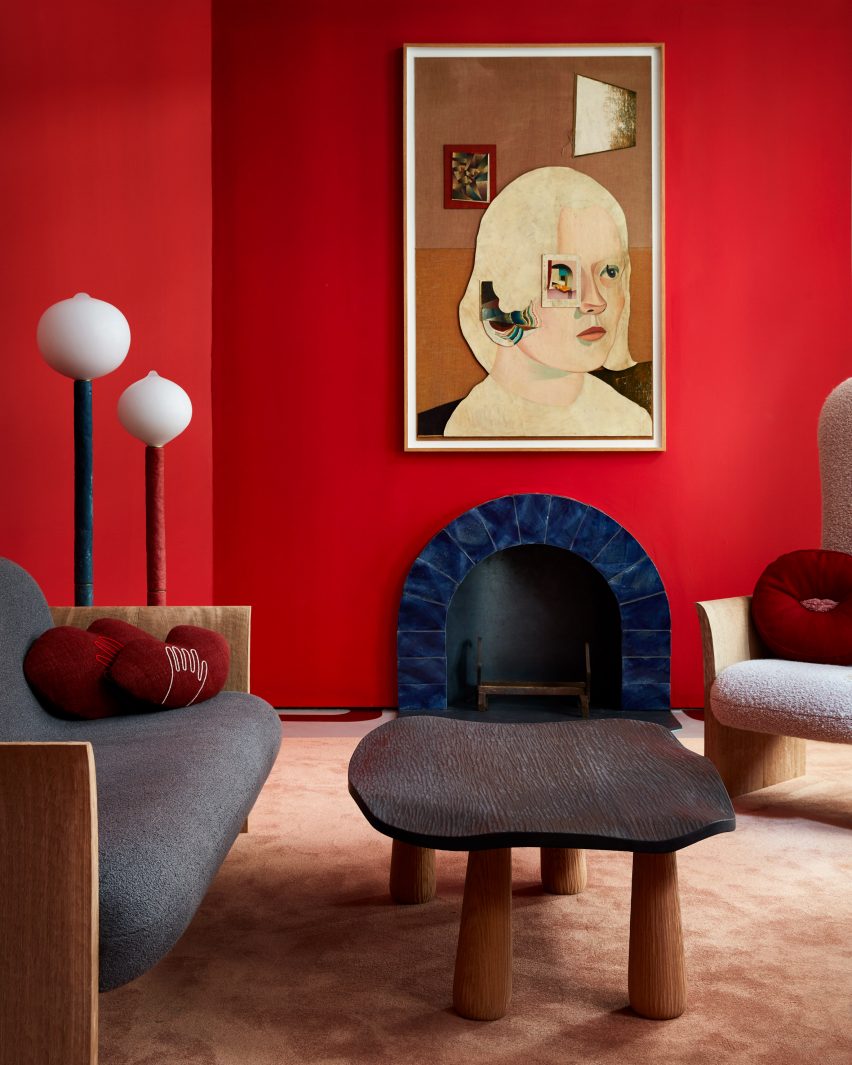 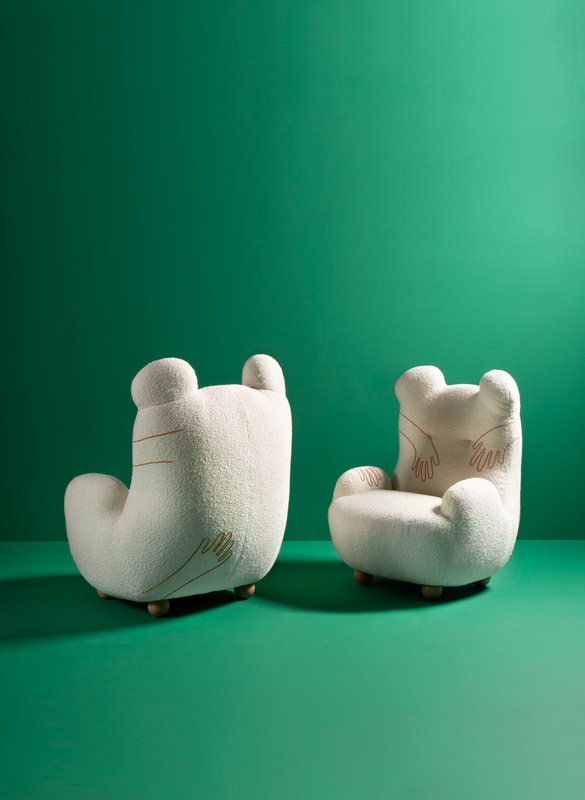 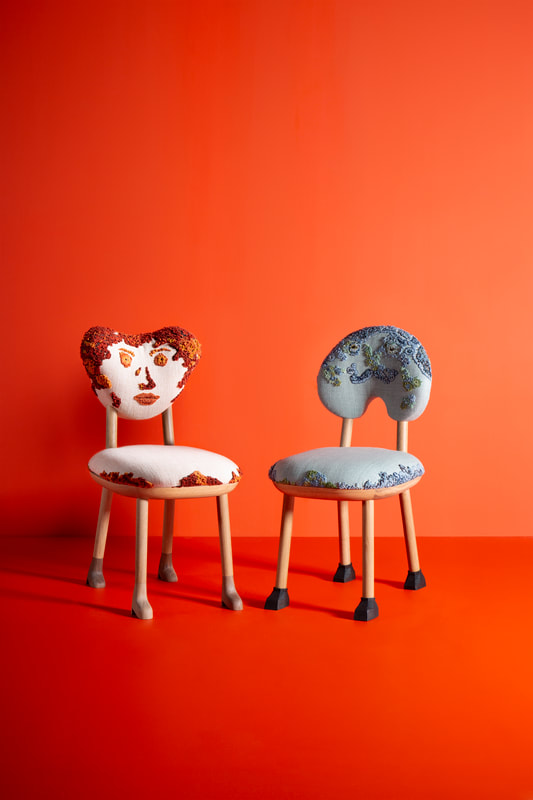 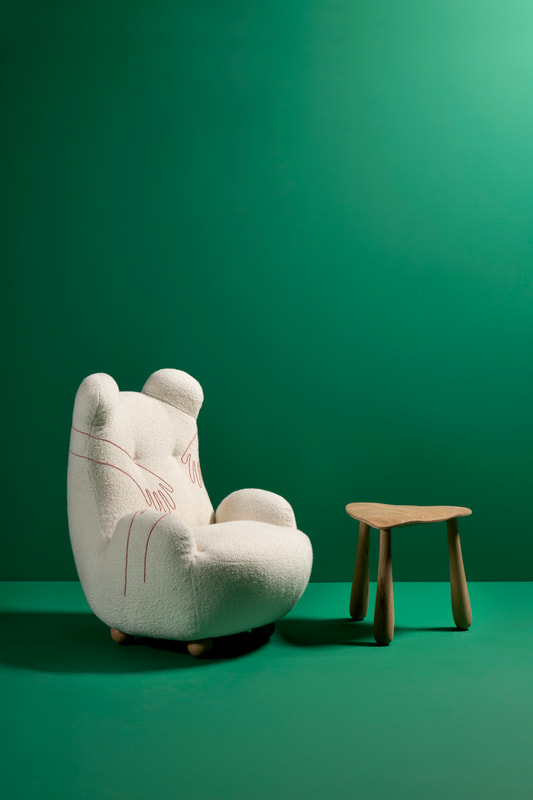 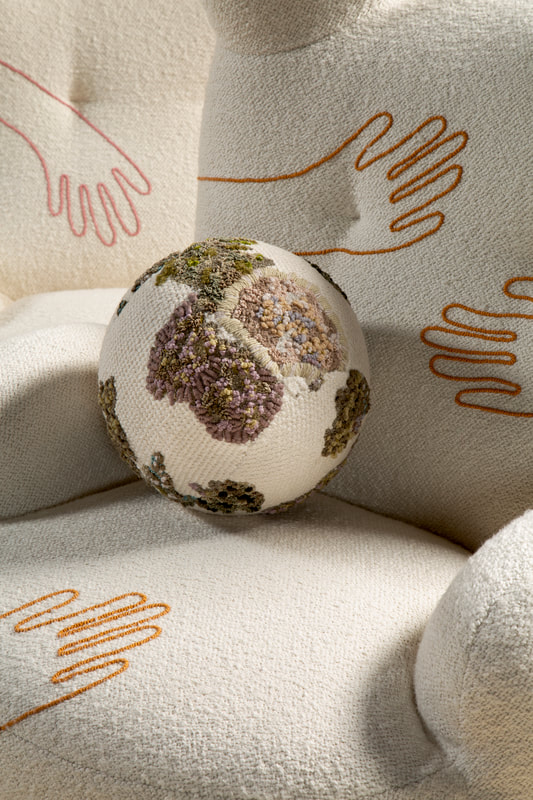 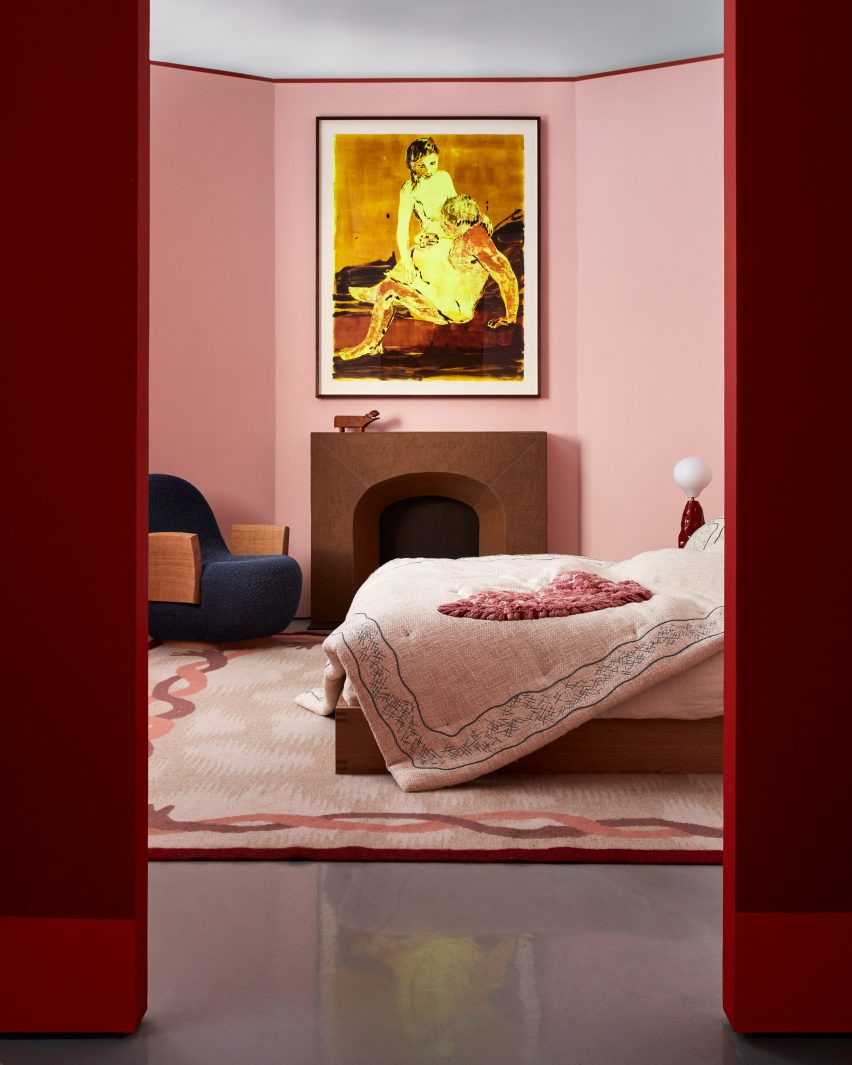 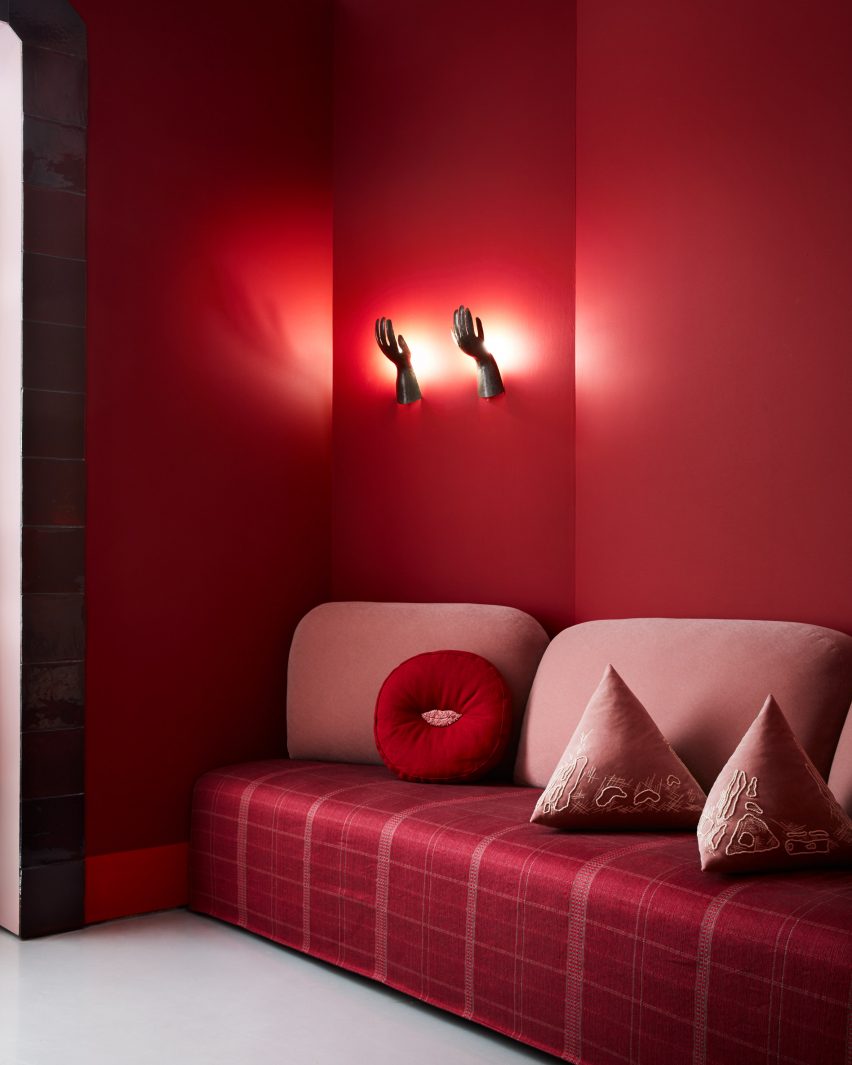 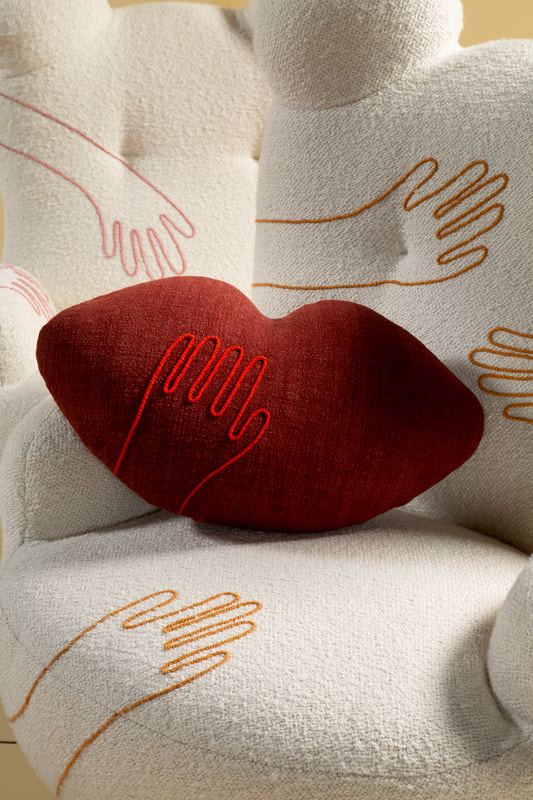