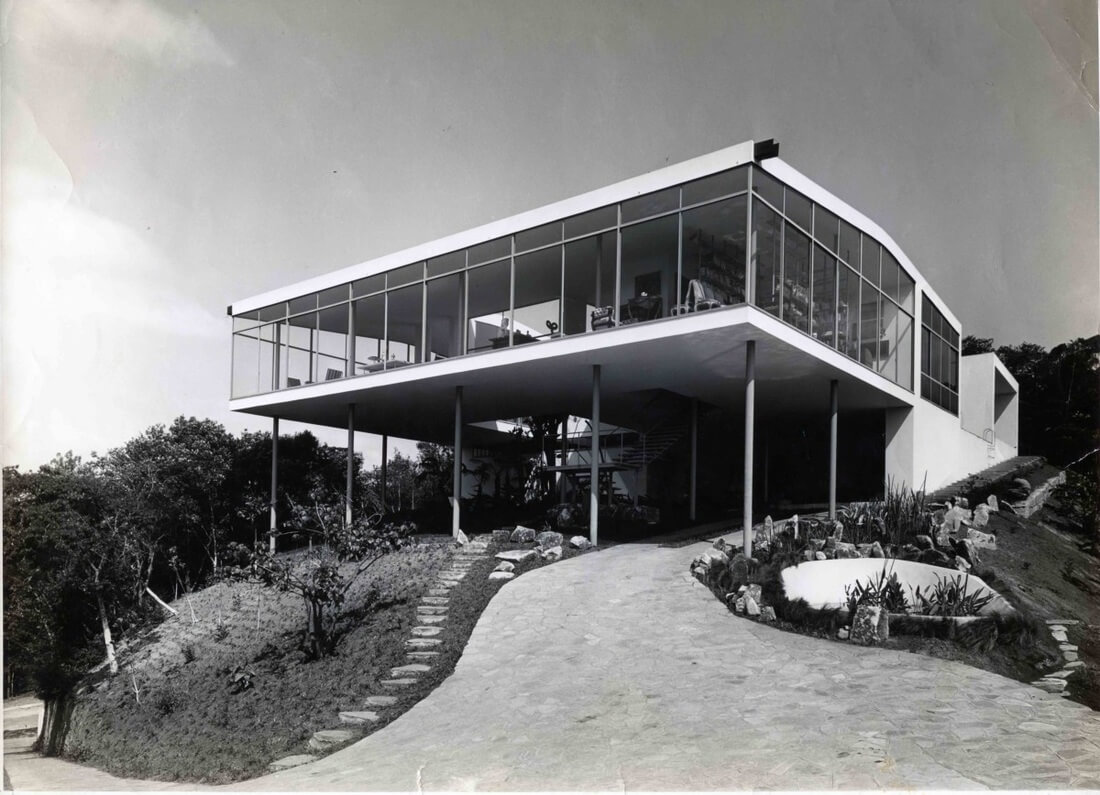 In my lecture on collecting Latin American mid-century design this evening, I loved focusing on the so-called Glass House, which Italian-born Brazilian architect Lina Bo Bardi (1914-92) designed in 1951 in São Paulo as her own home.  Bo Bardi, who together with her husband co-founded the influential art magazine Habitat, played a central role in disseminating of the taste for the modern in Brazil. Known as “Casa de Vidro” it was situated in what was at that time remnants of the Mata Atlantica, a rain forest, and her house was the first building to be constructed in the new Morumbi neighborhood, which has since become a wealthy suburb. Built of reinforced concrete slabs and glass, its slender circular columns, which allowed the landscape to flow under the building in the manner of Le Corbusier, visible throughout the interior, attain the building with a sense of refinement and elegance. Just like Philip Johnson who built his personal Glass House a year earlier, Bo Bardi’s own glass house was her most ambitious and substantial modernist statement. 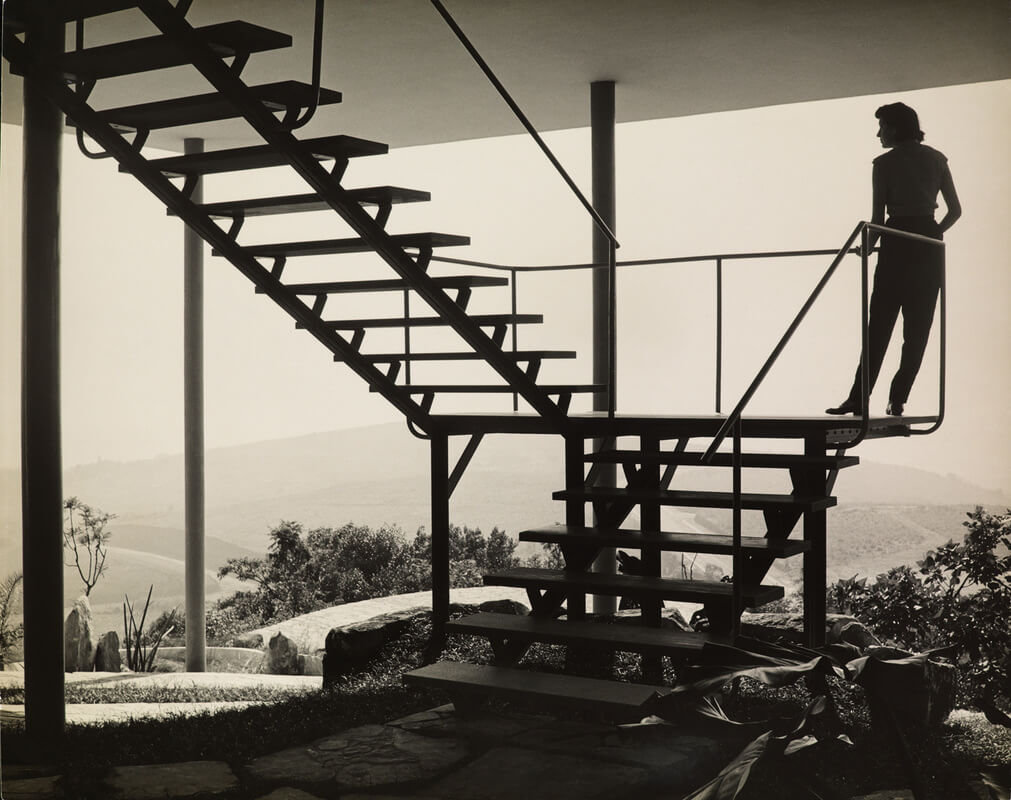 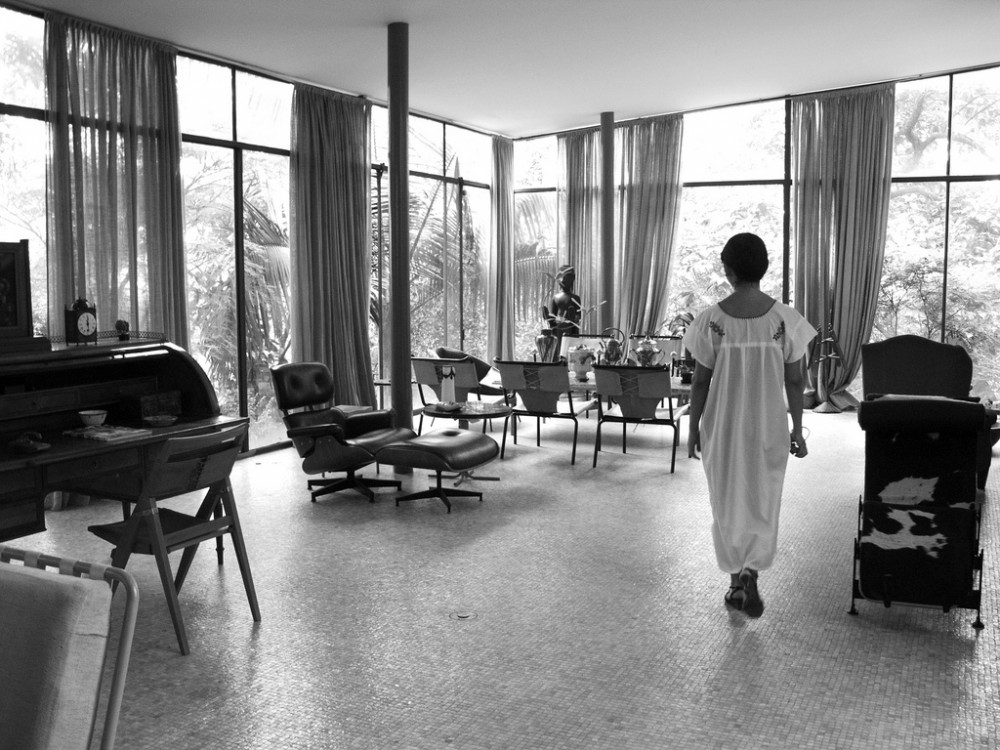 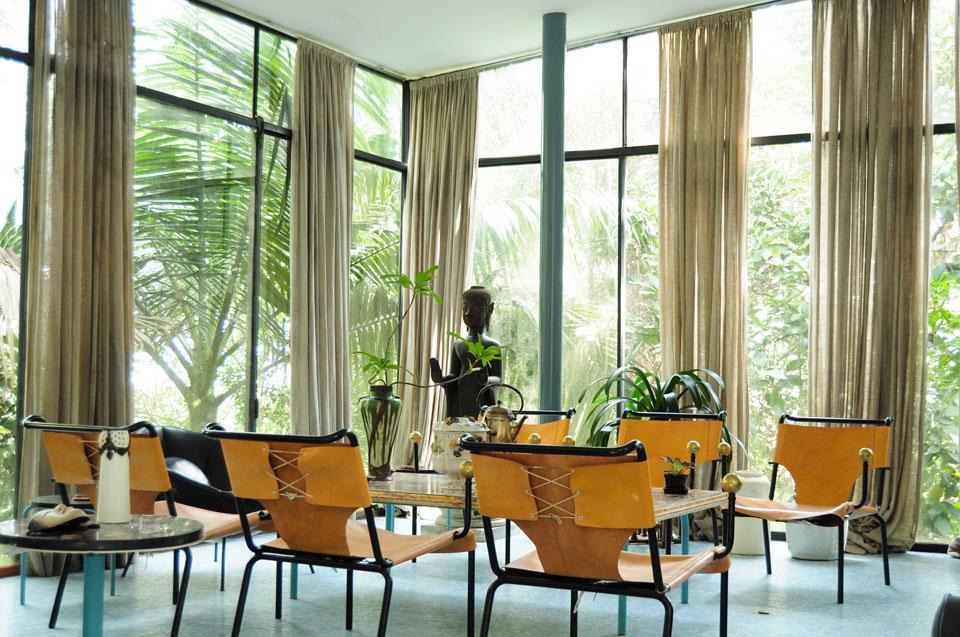 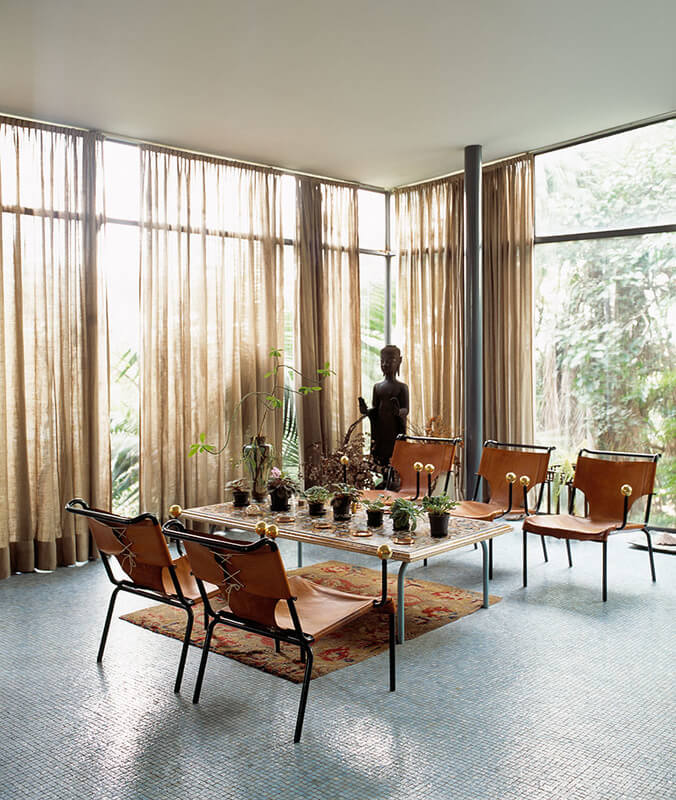 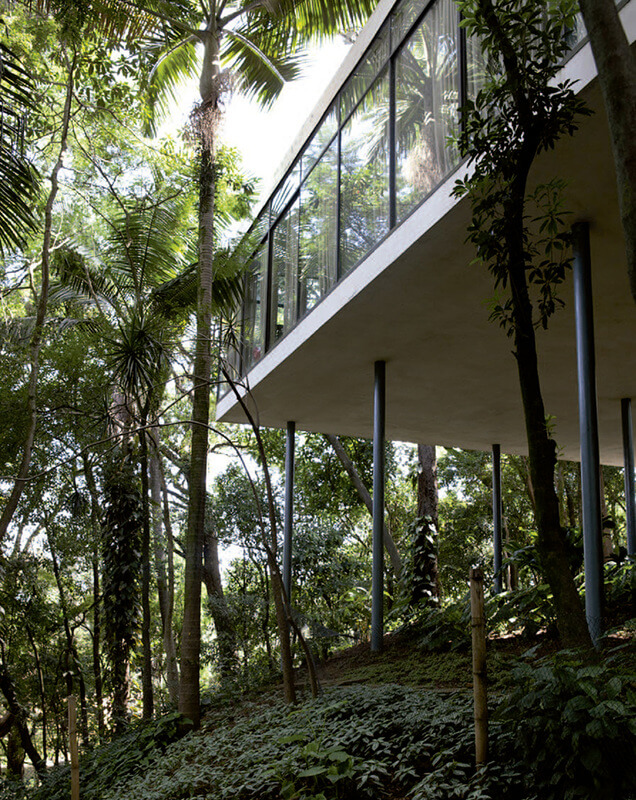