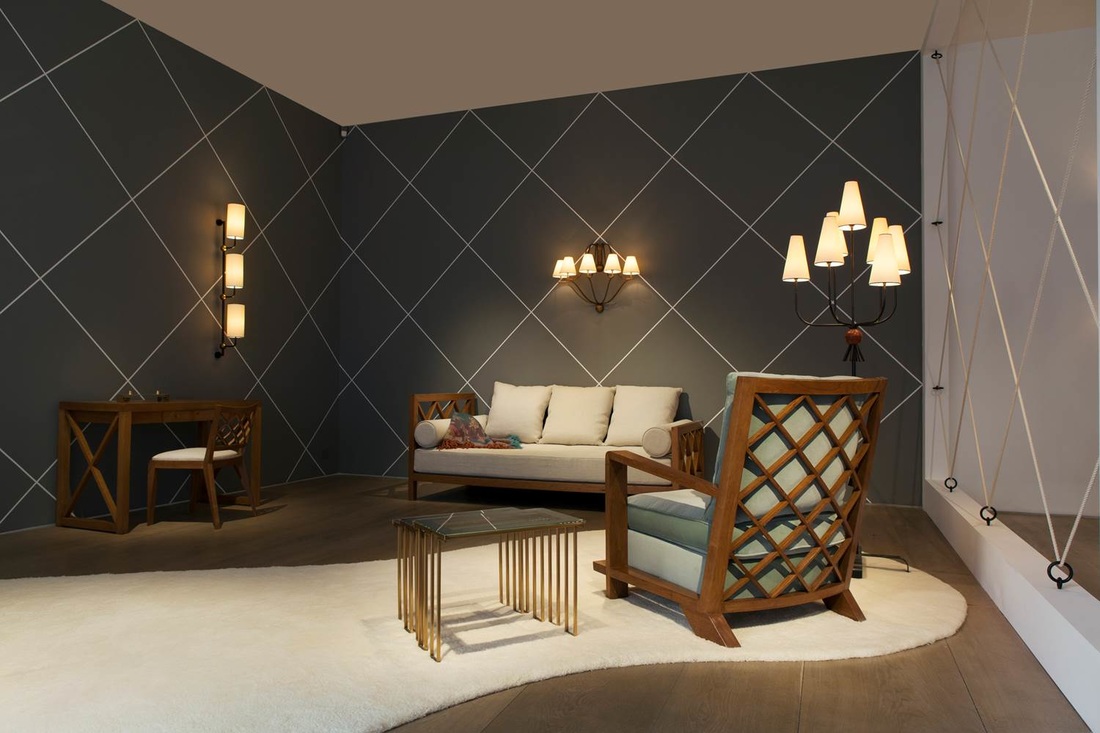 Galerie Patrick Seguin London presents an exhibition on French decorator Jean Royère, bringing the legacy of this giant to British collectors and lovers of design. A self-taught interior and furniture designers, Jean Royère began his career in 1931 at the atelier of Pierre Gouffé. He moved to open his own gallery at 184 rue du Faubourg-Saint-Honoré, transforming it into a power house, with branch offices in Cairo (1946), Beirut (1947), Lima, Peru (1953), and Tehran (1958). It was the postwar years which came to mark the height of his career when Royère developed a personal language which was modern, fresh, young, whimsical, and liberal, attracting a young generation of stylish costumers, both French and international, seeking to define themselves through refined homes. He had enjoyed a particular success in the Middle East, and among his clients were King Farouk of Egypt, King Hussein of Jordan, and the Shah of Iran, all commissioned important projects. Royère retired from the profession in 1972 and came to spend his time between France and the United States, leaving France permanently in 1980 , and died in 1981 in Pennsylvania. Royère’s signature theme, the diamond greed, which he borrowed from the French master Émile-Jacques Ruhlmann is highlighted in the decor of the show at Galerie Patrick Seguin, which attains the objects on display with an authentic reference. 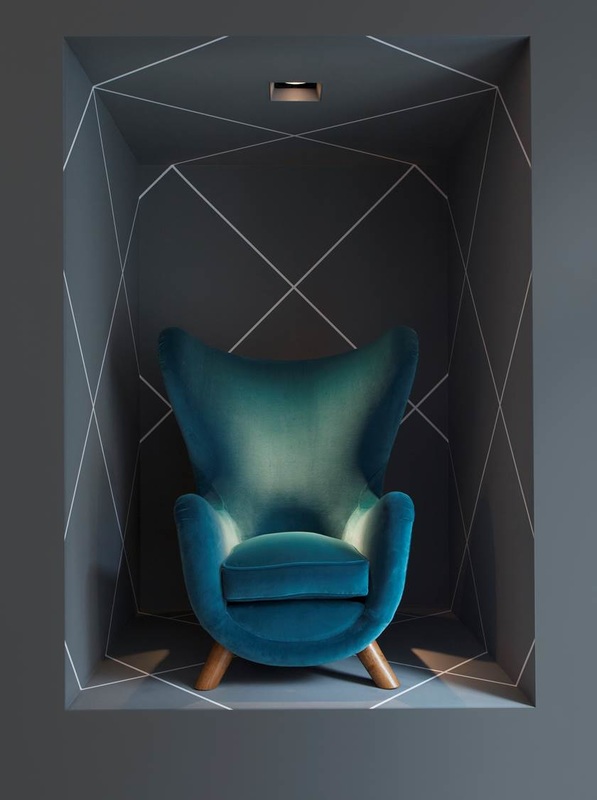 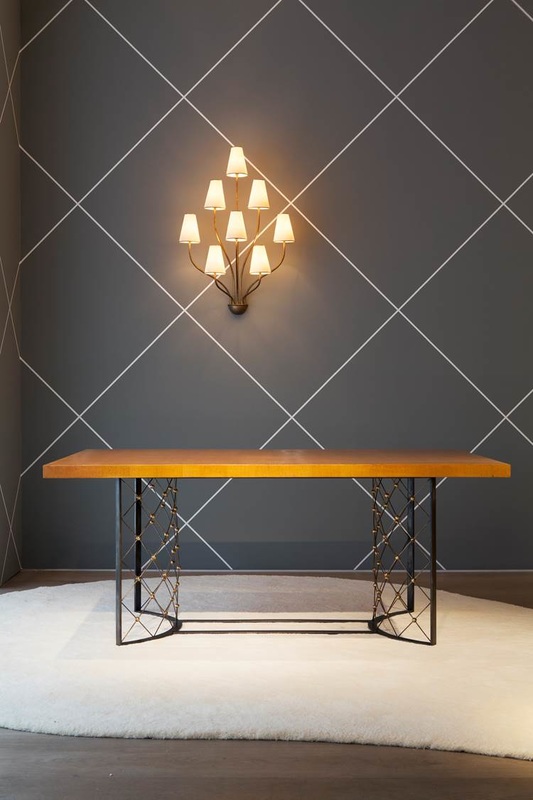 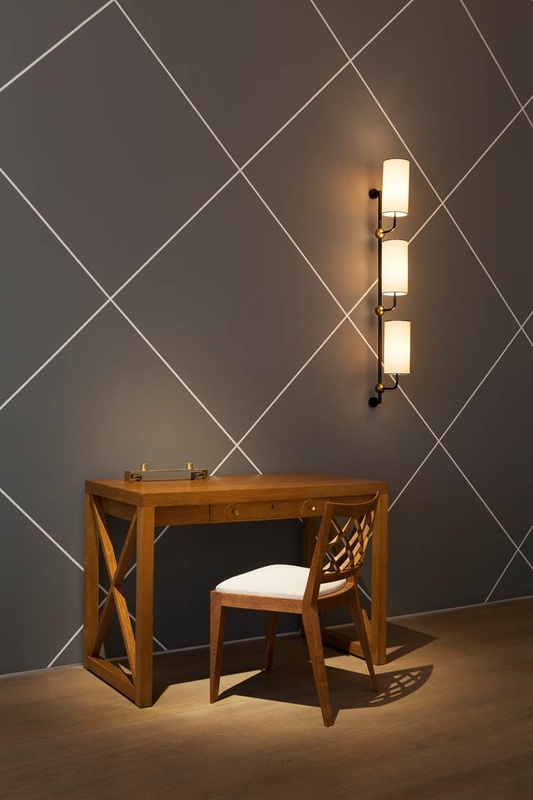 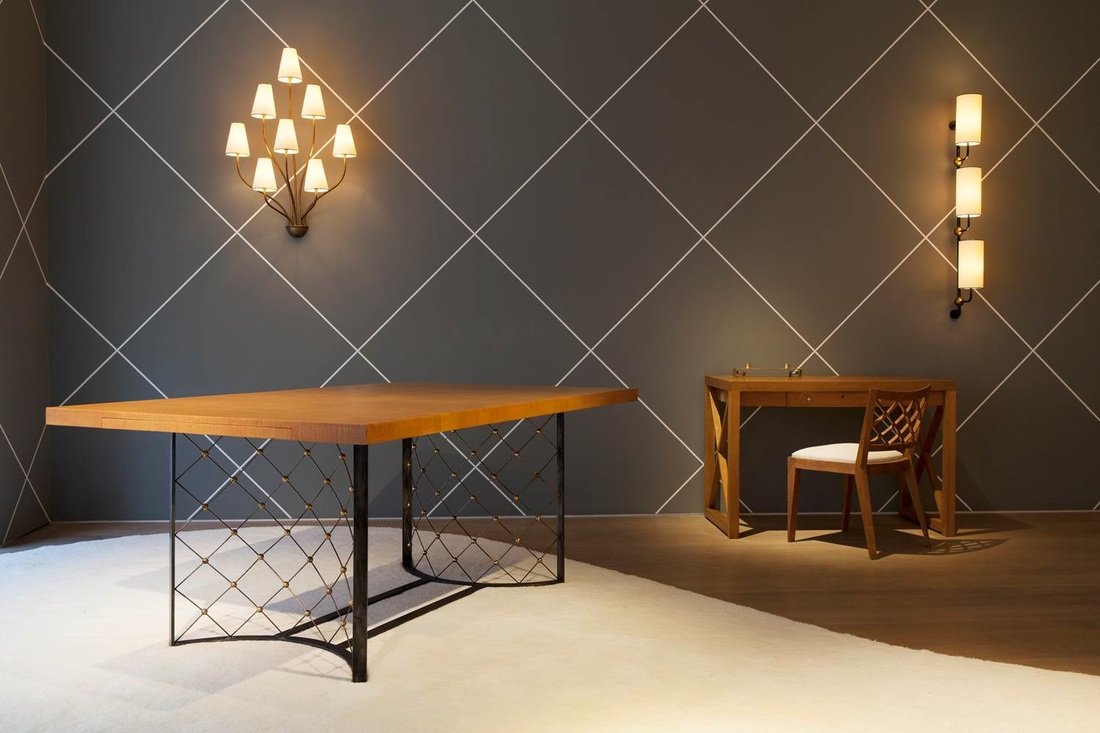 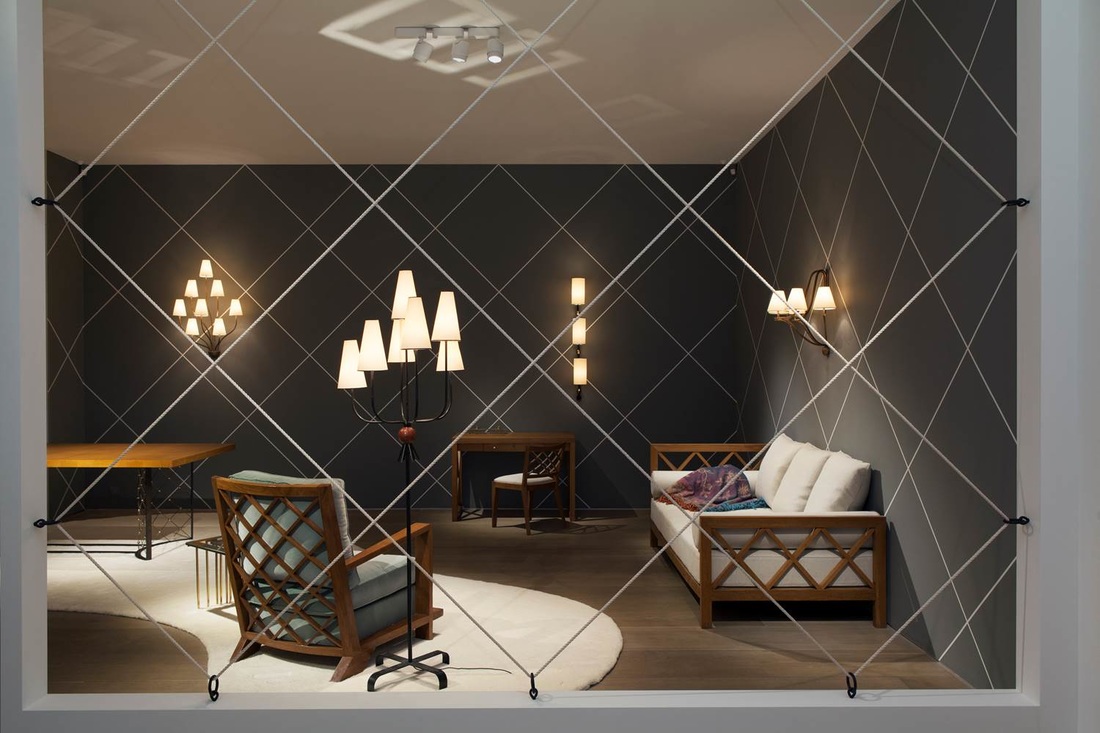 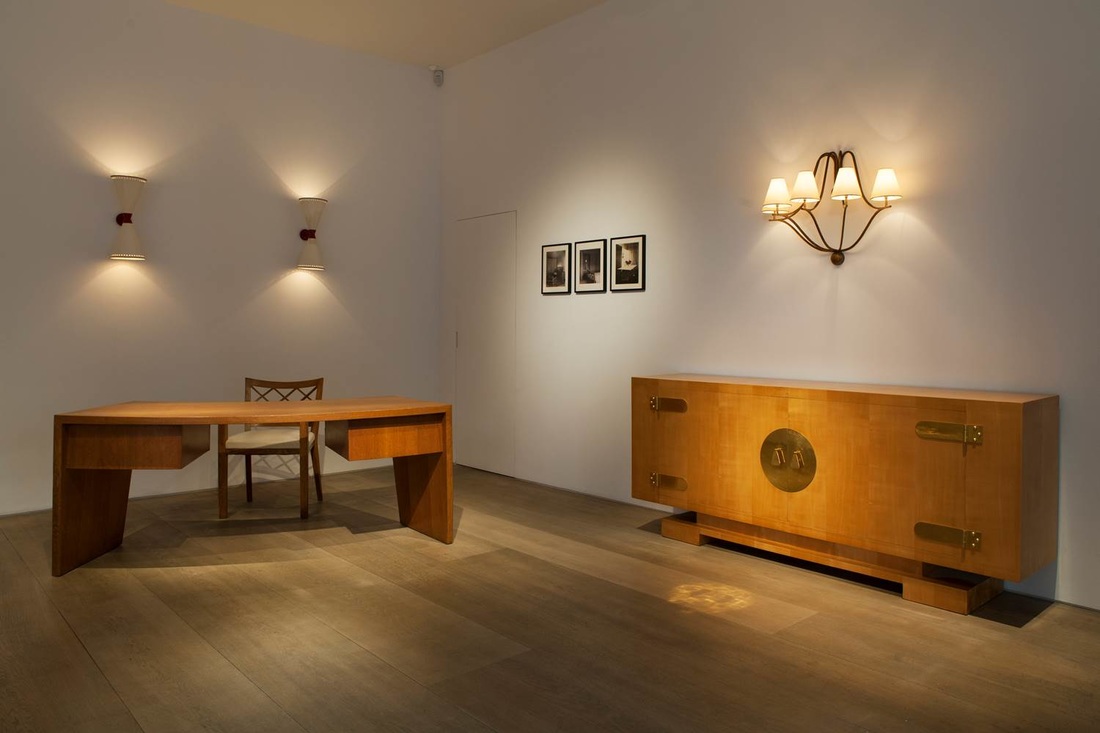 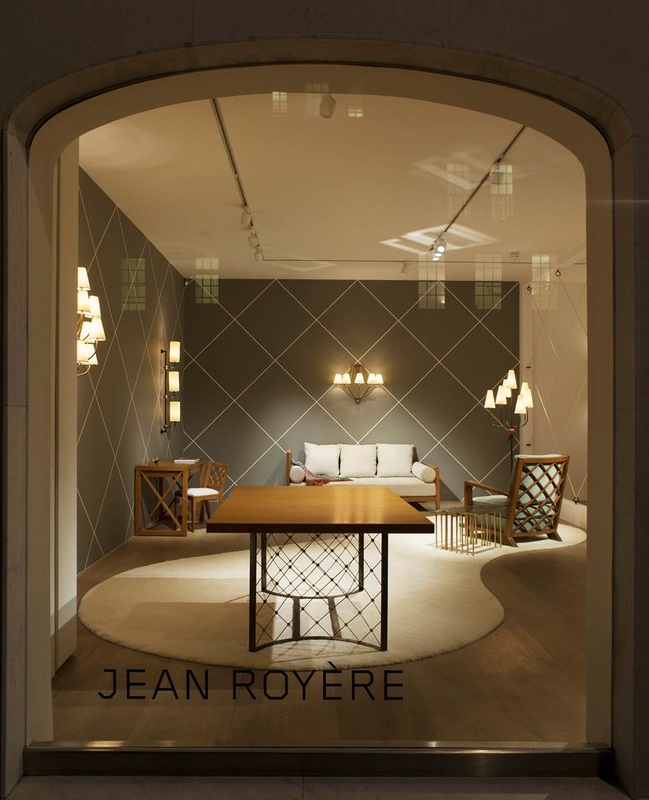