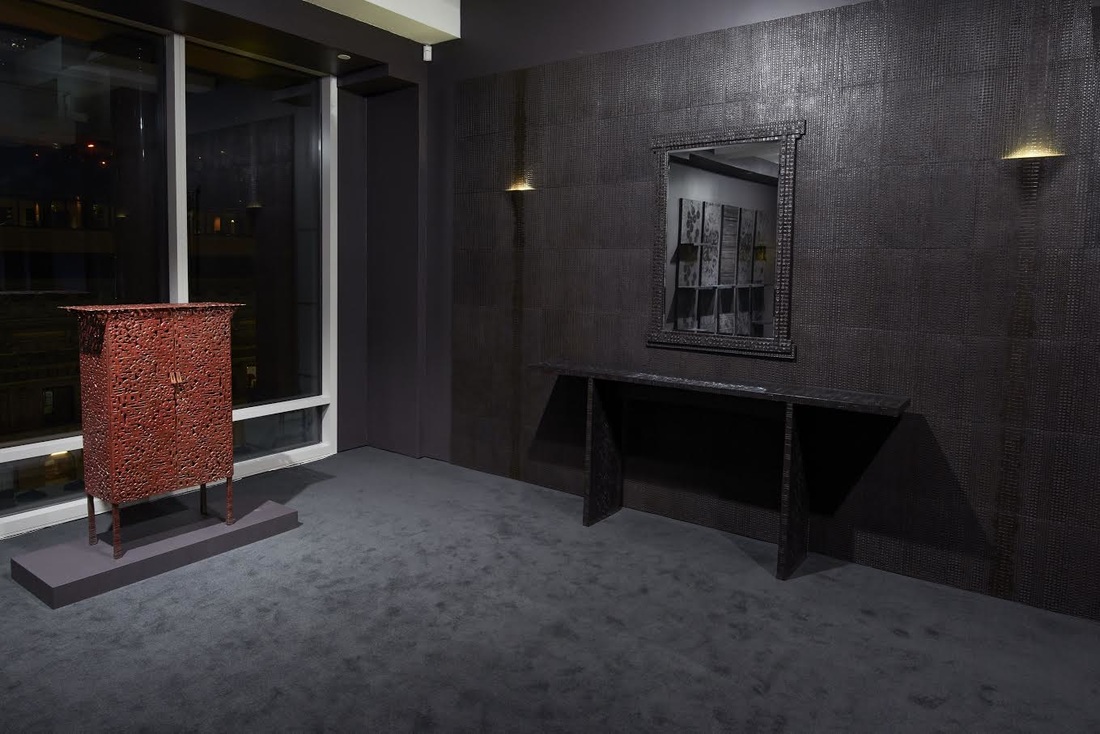 ​Spending the morning with Ingrid Donat and her son Julien Lombrail in viewing the solo exhibition of her work at the Carpenters Workshop Gallery in New York was a great privilege, for my students and myself. The two have opened up about the special relationship between a mother artist (Donat) and her son who acts as her dealer (Lombrail). The show, entitled ‘Origins’ is a retrospective of Donat’s work that comes to celebrate her first monograph, a scholarly study by Anne Bony that unveils the evolution of three decades of spectacular career (the book contains an input of Peter Marino who has been known for utilizing Donat’s pieces in his interiors). While initially becoming interested in sculpture during her studies at Paris École des Beaux Arts, it took Donat years before she has emerged as an artist. An avid art collector and a close friend of Alberto Giacometti, she was encouraged to begin creating in bronze by the Swiss master himself. She works with bronze in a special way, constantly exploring its boundaries and achieving unusual and beautiful patinas. With exploring technical improvements and digging into the history of French decorative arts, her work is rooted in the heritage of the French Surrealists, Armand-Albert Rareau, Diego Giacometti, and the classical tradition. For the show, Donat has transformed the gallery into a sensational jeweled space, veneered in wooden and black tiles in aluminum, that reminded me of the apartment that Jean-Michel Frank created for couturier Elsa Schiaparelli in the 20s. With the black rug and black pieces, it is removed from the outside world and allows you to experience design in the most genuine way. All images courtesy of Carpenters Workshop Gallery @Kate Enman 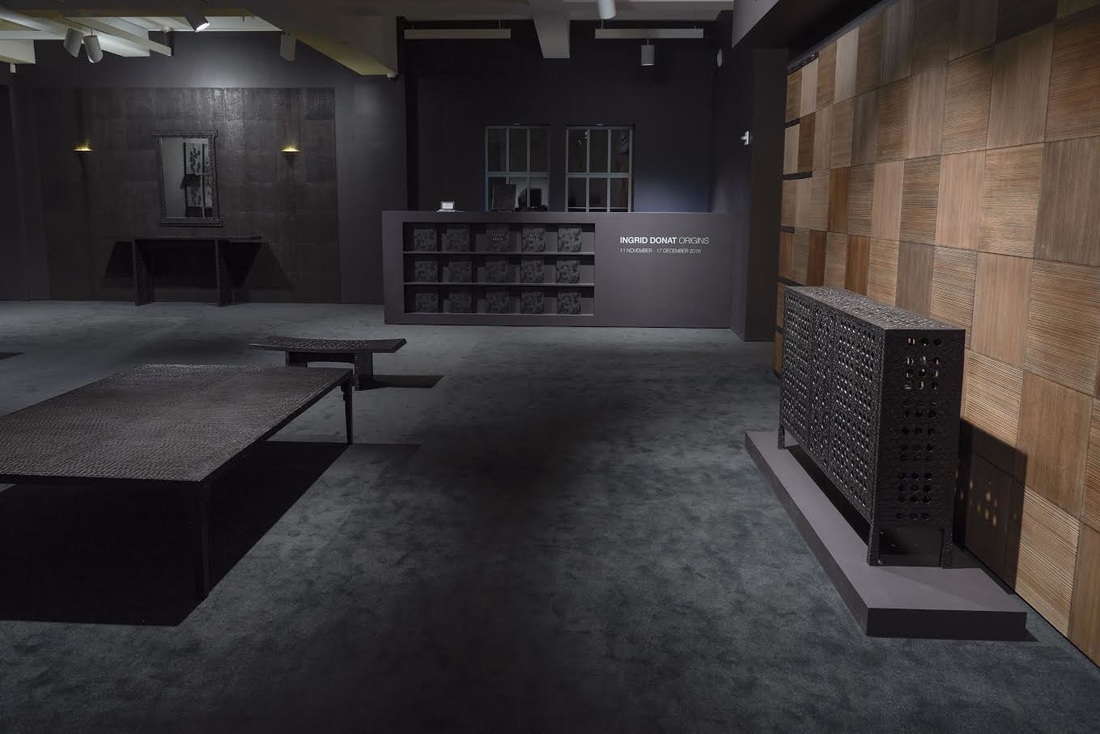 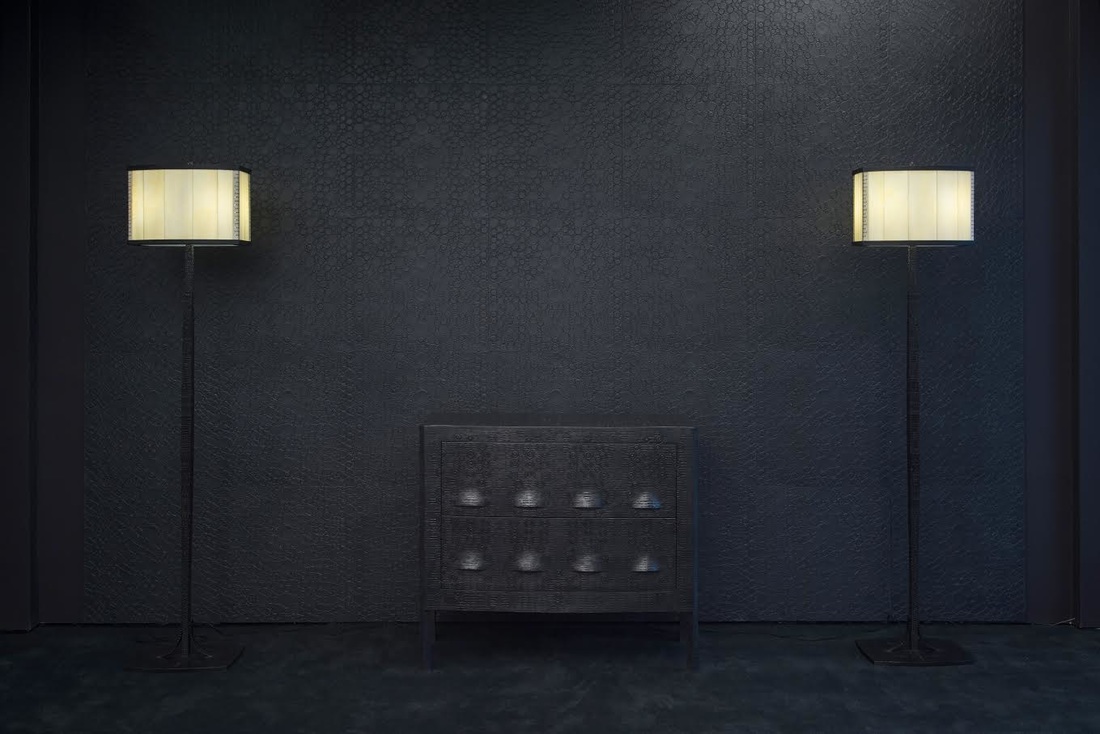 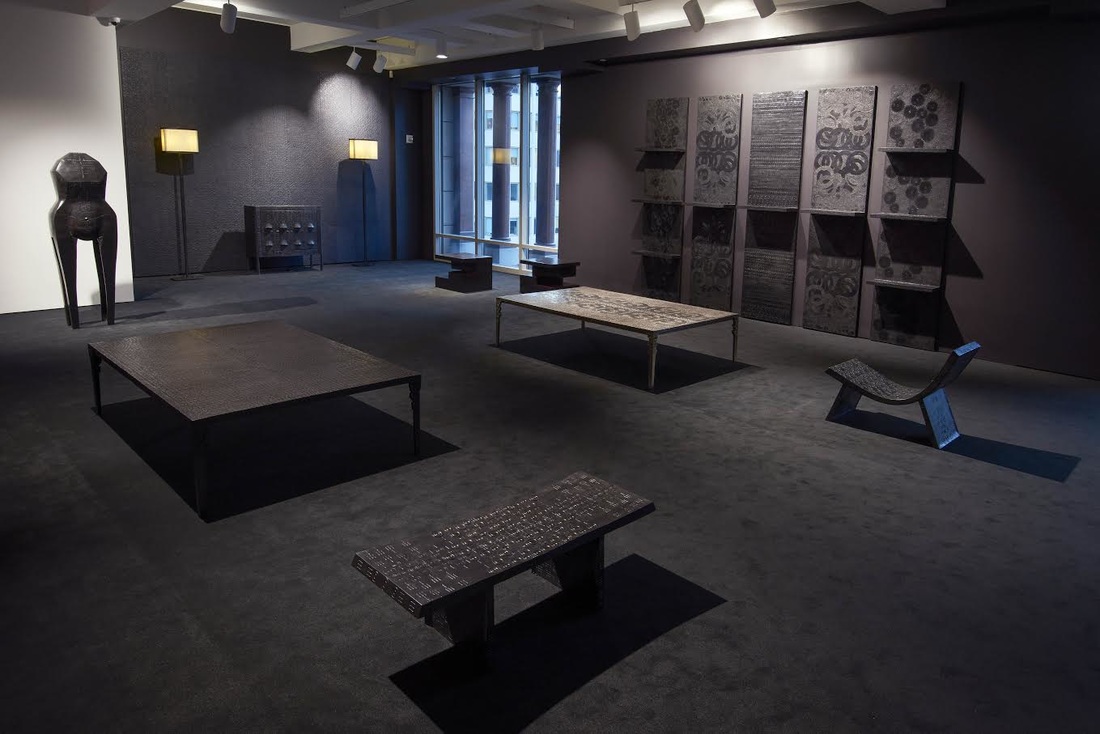 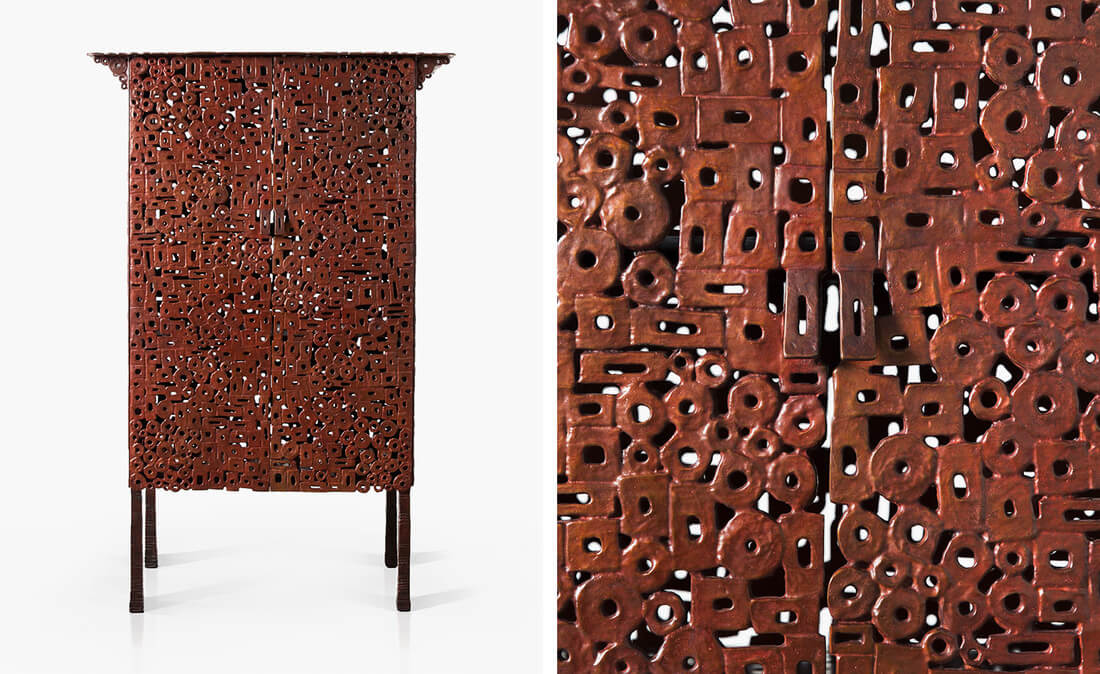 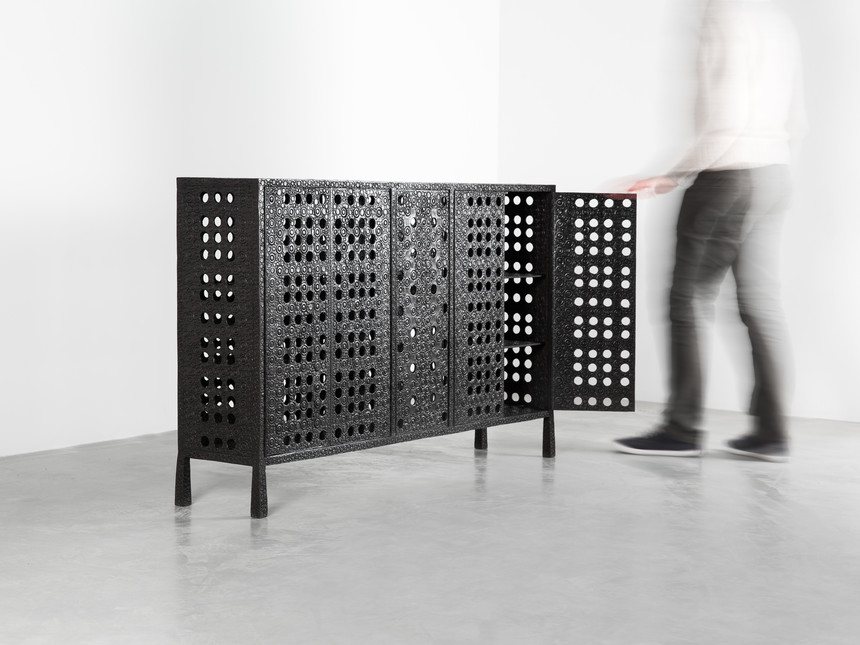 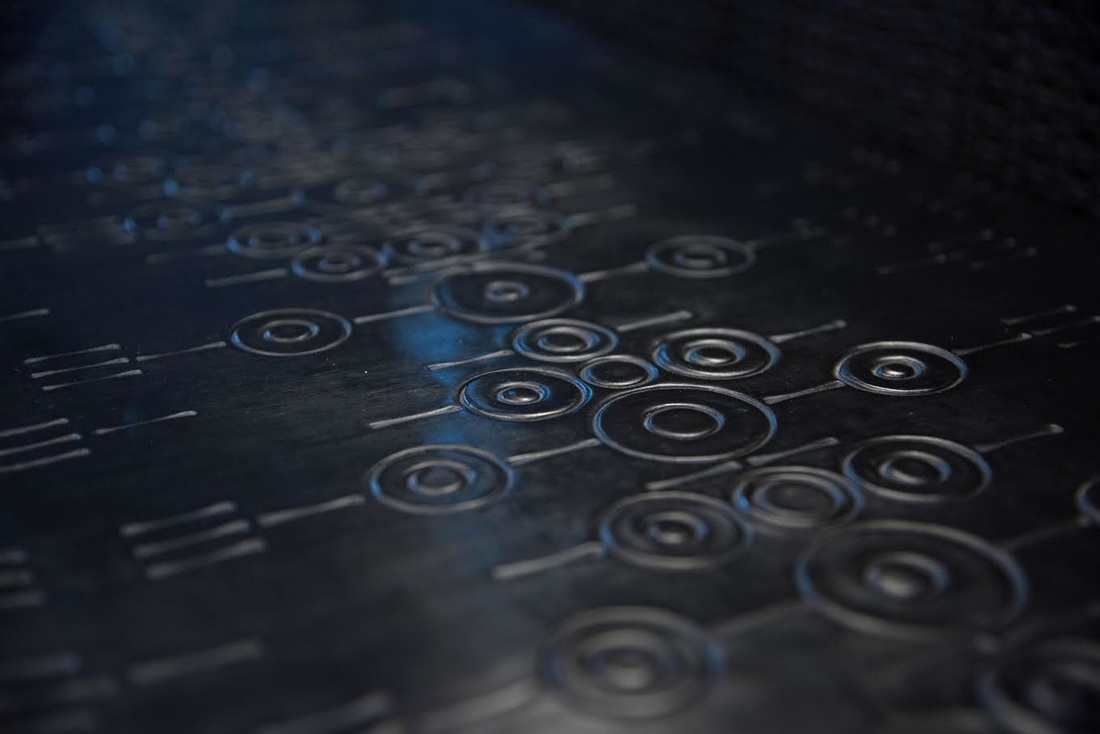