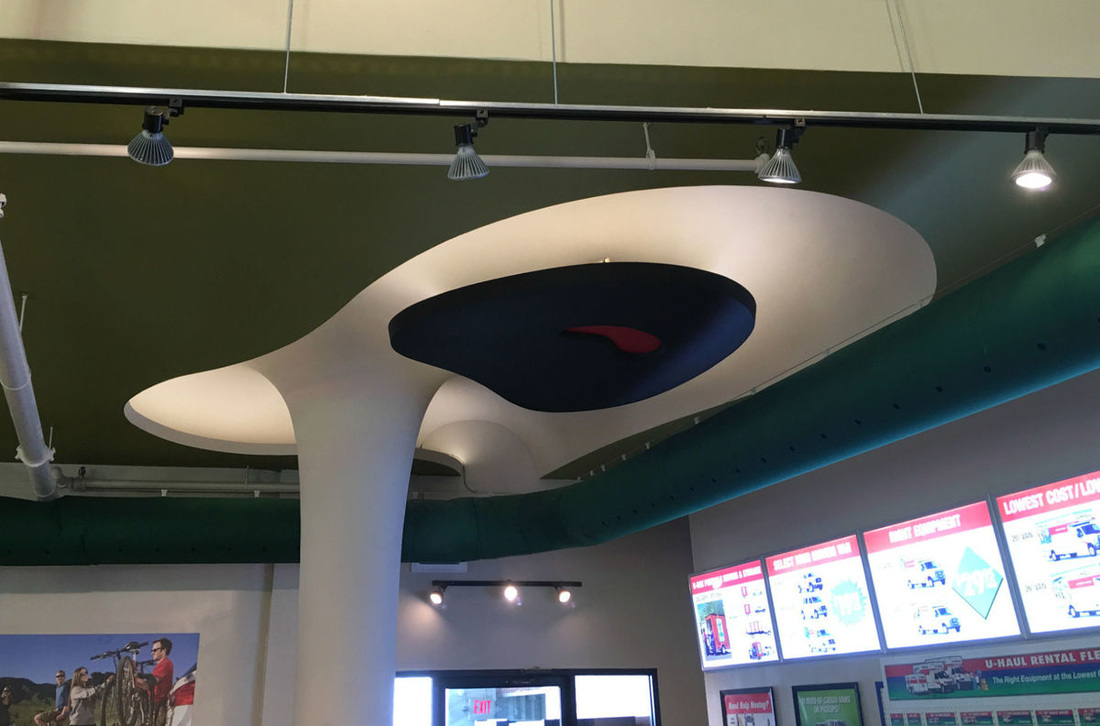 This shall be crowned as the most bizarre, unbelievable story of the week. The image of the sculpted ceiling that Isamu Noguchi created for the lobby of the American Stove Company-Magic Chef building in St. Louis has been reproduced over and over in design books and has been known as a ‘lost’ artistic treasure for decades (below). The building’s architect Harris Armstrong commissioned the ceiling from Noguchi upon the completion of the construction in 1946, and the sculptor created what has since become an iconic work in his design oeuvre. IN fact, during these years, Noguchi was particularly involved in design, creating series of furniture for Michigan furniture maker Herman Miller. When the lobby, serving today as the showroom of the moving and storage company U-Haul has undergone renovation, the remarkable sculpted ceiling was discovered hidden under the existing ceiling, which has been lowered sometimes in the 60s. U-Haul plans to repair and to paint the ceiling according to its original look and colors, bringing it back to its past glory. I have shown the striking ceiling in my lectures for years, referring to it a representation of the biomorphic language which Noguchi had developed during the 40s, and which he had carried to his work in design. 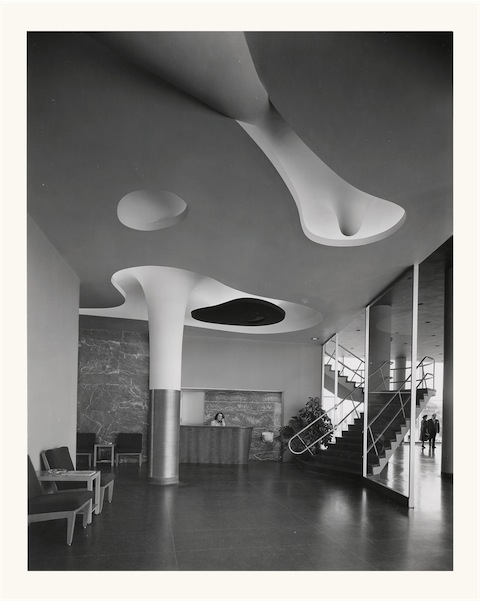 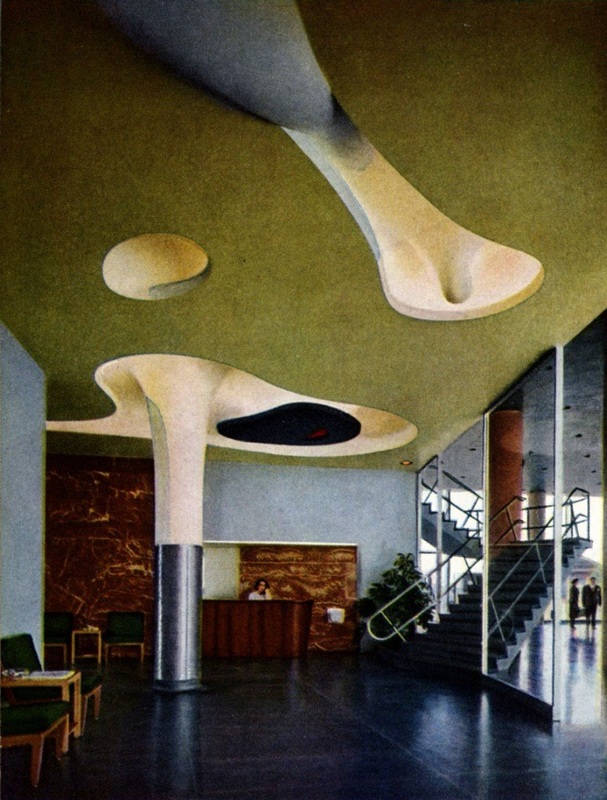 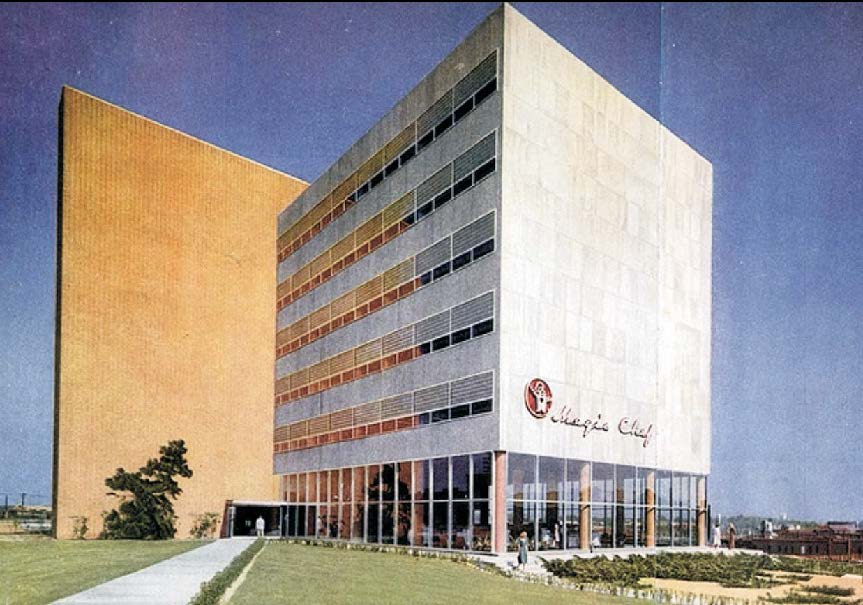