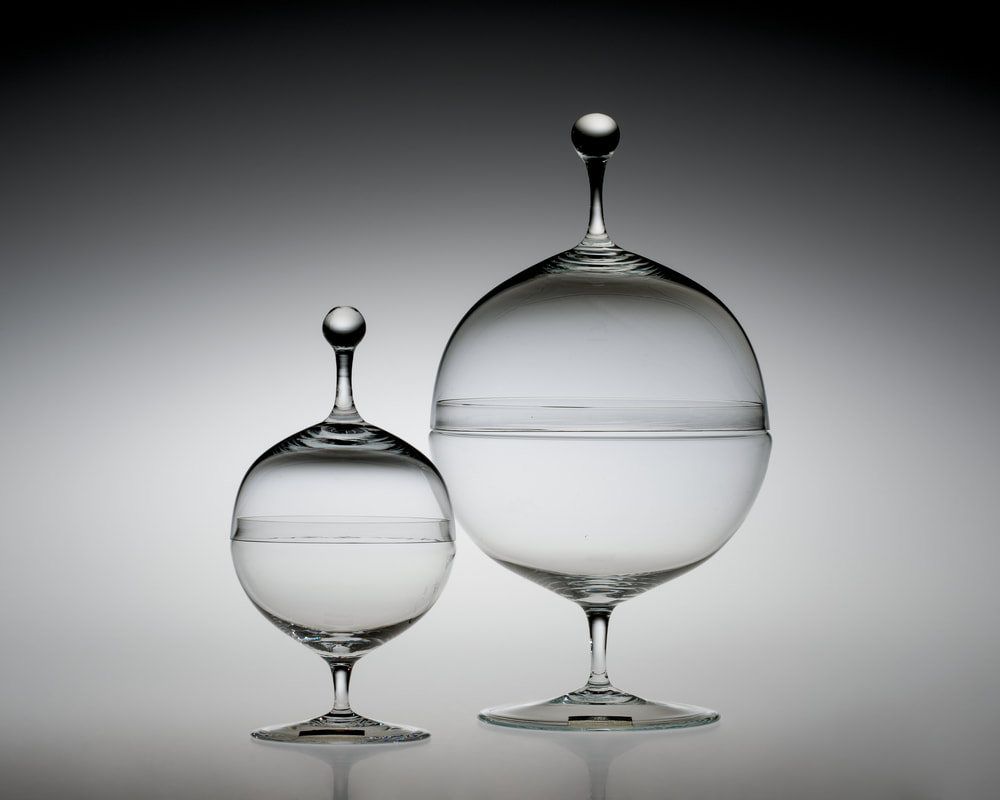 What is ‘architectural glass’? The term has mostly been associated with the art glass which Italian architect Carlo Scarpa created for Venini in the 30s and 40s. Scarpa pioneered forms which were bold, geometrical, architectural, made in new techniques, silhouettes, and colors that modernized the tradition of glassblowing. But, the exhibition ‘Glass of the Architects: Vienna, 1900–1937,’ (cooperation of the MAK and LE STANZE DEL VETRO) which has opened at the Corning Museum of Glass, demonstrates that the concept of architectural glass is rooted long before the Italian architect created the Venetian glass. Like Otto Wagner’s architecture, Adolf Loos’ essays, Arnold Schoenberg’s music, and Joseph Hoffmann’s furniture, the glass which was created in Austria during the discussed decades represented notions of modernity. Designed by Viennese talents, the glass was produced in Bohemia where traditions of glassmaking had existed since the 17th century. In fact, it is the skills in a variety of techniques which enabled those radical, avant-garde forms and decoration to be possible, taking the art of glass to new horizons. All images courtesy of The Corning Museum of Glass. 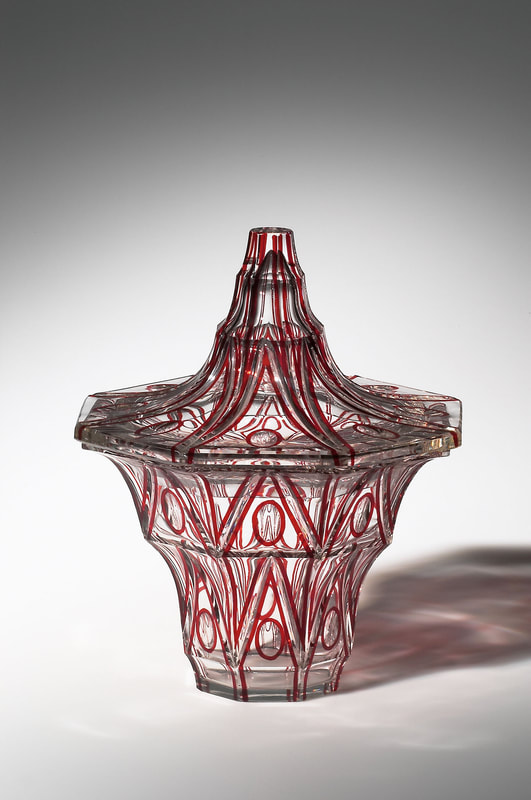 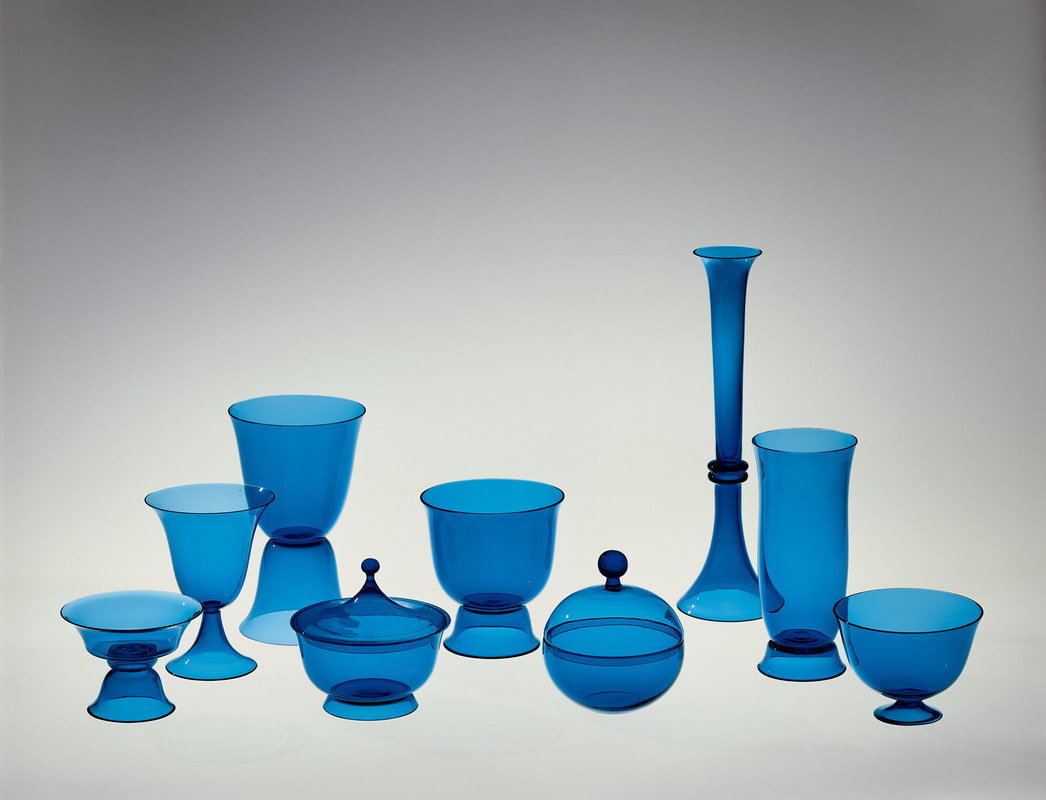 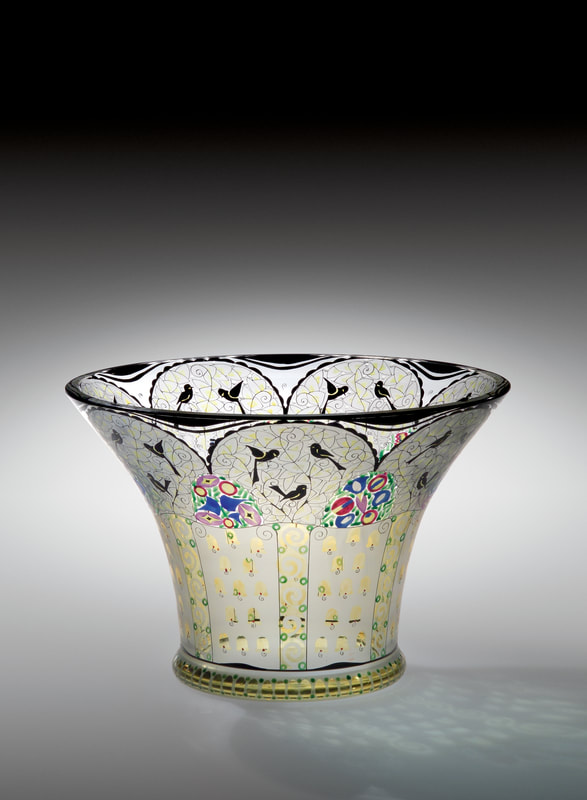 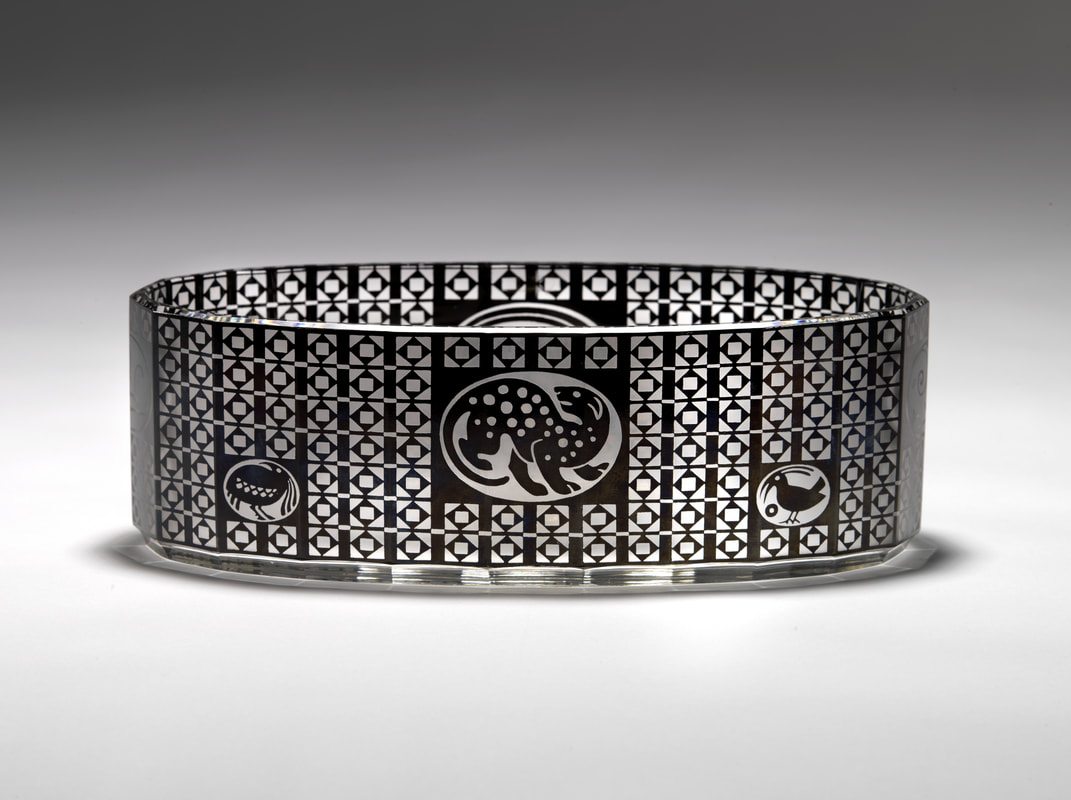