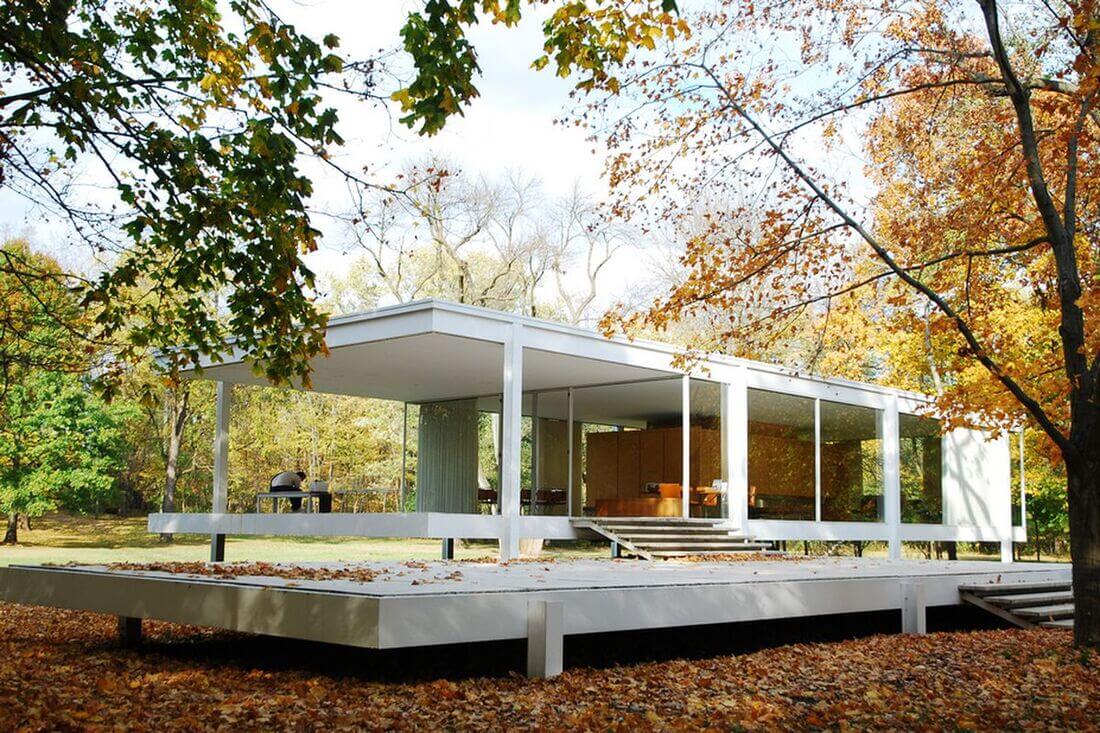 It was never fully confirmed whether architect Mies van der Rohe has a romantic relationship with his client Dr. Edit Farnsworth, for whom he designed one of the most magical masterpieces of mid-century modernism, completed in 1951 in Plano IL. However, when the exquisite house was completed, Farnsworth realized that it not only cost triple of the estimated cost and was far and beyond her budget, but also that the house failed to satisfy her needs and desires. The lack of privacy of this weekend retreat, the repeating floods, and the growing frustration lead her to sue the architect, to seek sympathy in the press, and ultimately to refuse installing the Barcelona chairs and other upholstered in pink suede pieces recommended by Mies. He never step a foot in the house. Today, the Farnsworth House, a site of the National Trust for Historic Preservation, is furnished in the manner Mies envisioned.

Now the Farnsworth House has opened a new exhibition entitled “Edith Farnsworth Reconsidered”, a temporary refurnishing of the house to reflect its 1955 appearance, and the way Dr. Edith Farnsworth chose to live in her steel-and-glass pavilion. The show comes to reveal and illuminate her story. A research physician, classically trained violinist, poet and translator, world traveler and music-lover, Farnsworth was a woman of identity which the historical narrative of the house has somewhat neglected until recently. The most substantial research of revealing her world was published by design historian Alice Friedman in her book Women and the Making of the Modern House. The current exhibition features originals and replicas of the mid-century modern furniture by Florence Knoll, Jens Risom, Bruno Mathsson, and Franco Albini, loaned, donated, or purchased, arranged in the space according to period photographs, and the original look of the house is revealed. We learn that the appearance of Farnsworth House is way less glamour and somewhat gloomy, demonstrating the power of Mies’ gesamskunstwerk, the concept of Total Work of Art, which was so important to him as to his contemporaries.

In conjunction with this important show, a companion exhibition, ‘An Untold Story: Farnsworth to Palumbo, 1968-1972’ is now open in Barnsworth Gallery, located at the premises of the House, displaying unpublished photographs, and blueprints, that tell the story of the restoration undertaken by its former owner Lord Peter Palumbo, who purchased the house in 1970 and furnished it with pieces designed by Mies van der Rohe and his grandson, Dirk Lohan, who was responsible for the restoration project. 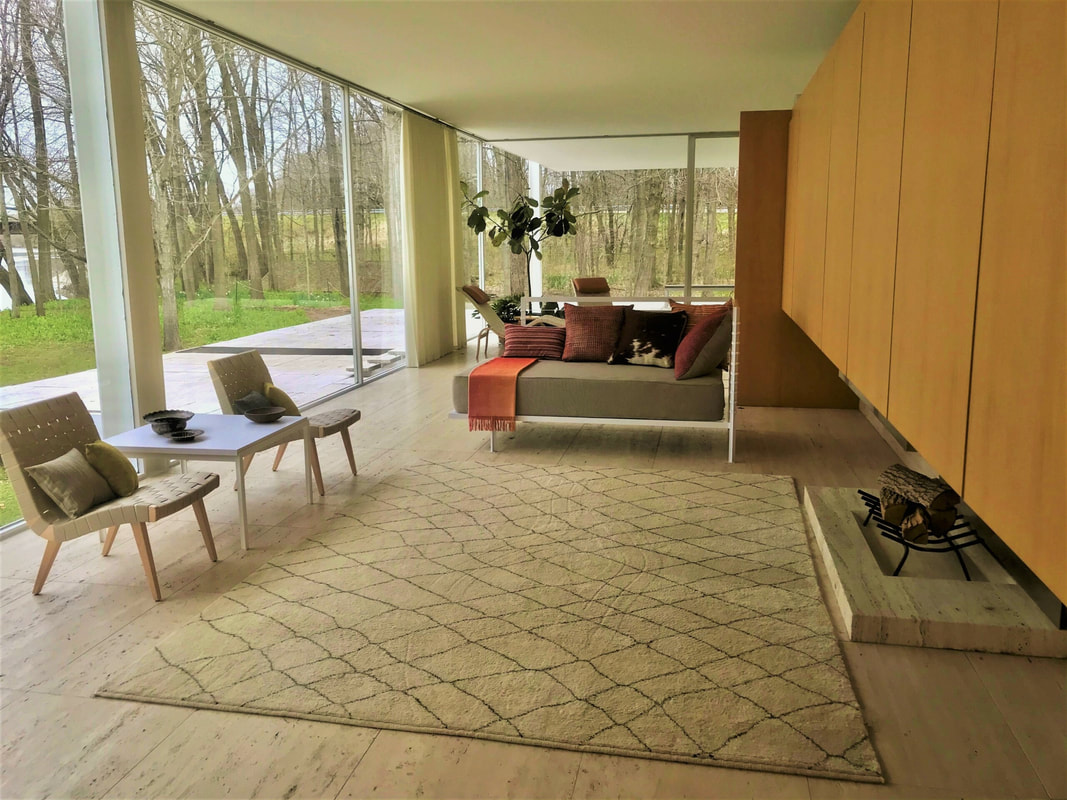 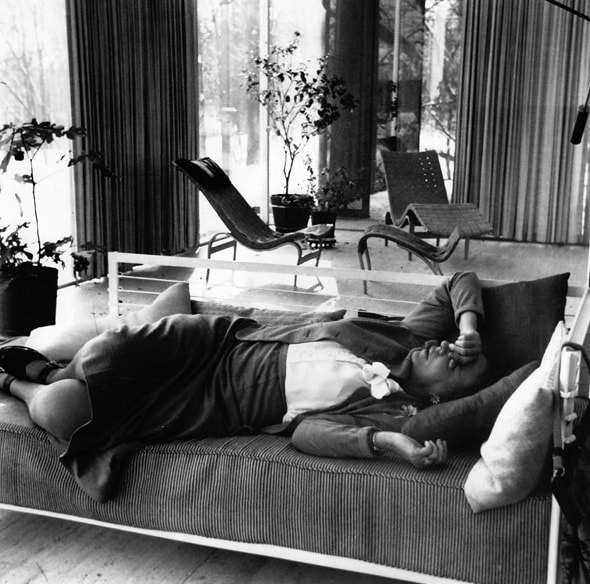 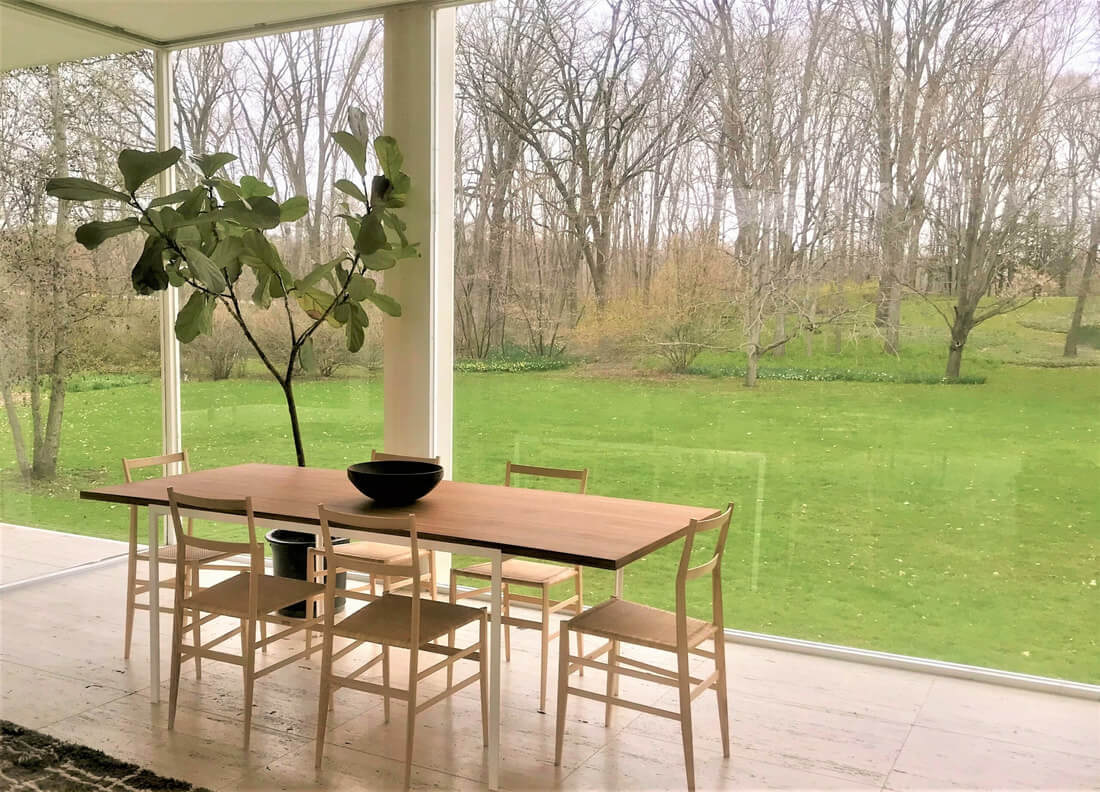 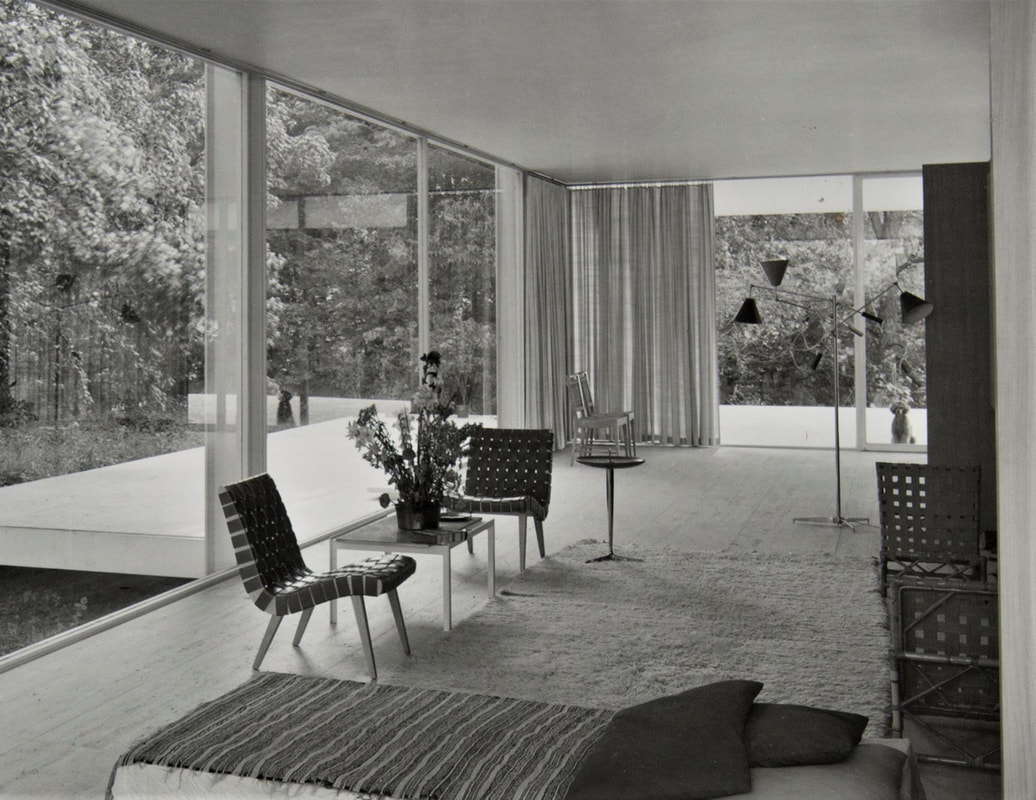 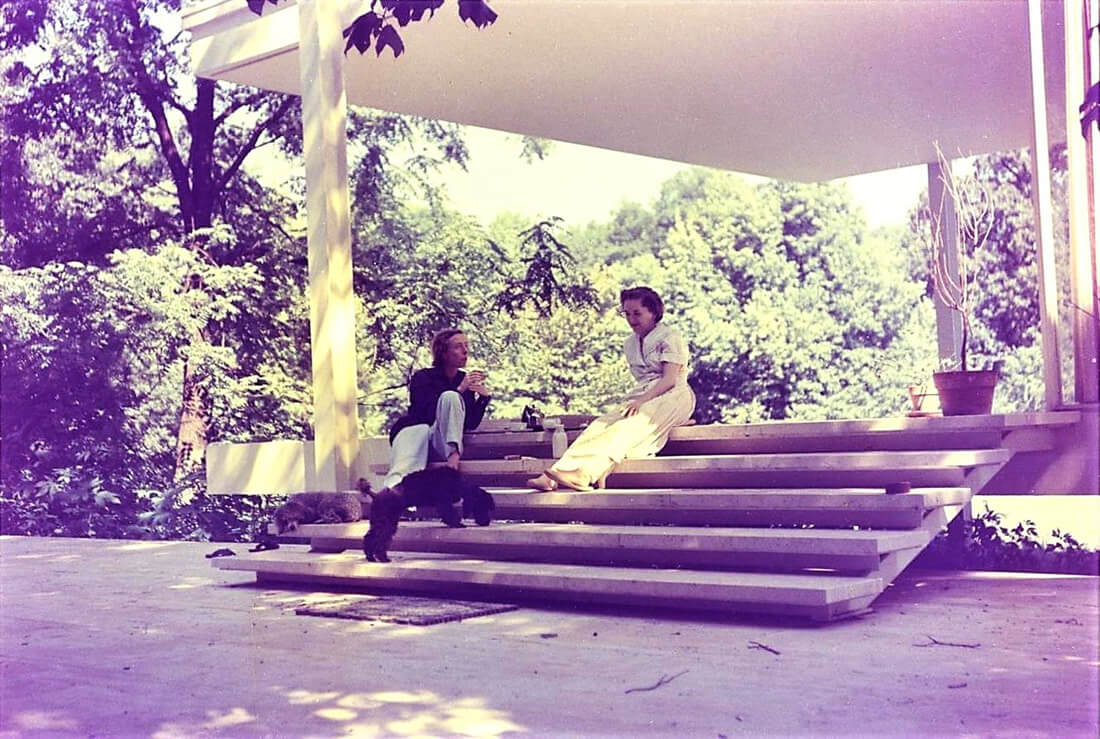