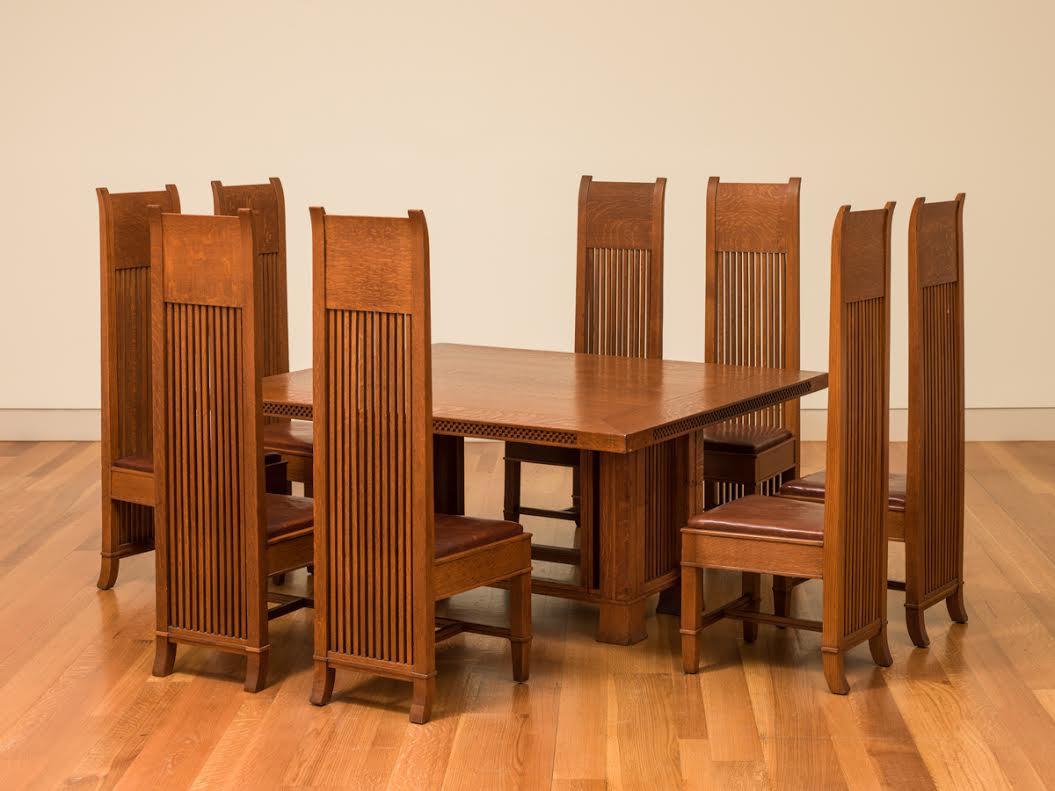 While the house Frank Lloyd Wright designed for Joseph Husser on a lot overlooking Lake Michigan in Chicago had marked a significant moment in his career for its radical and open floor plan, based on spectacular polygonal volumes, it was demolished by 1924. Completed in 1899, the so-called Husser House was the last project where Wright used Louis Sullivan’s ornamentation before converting into pure geometrical decorative elements. Typically to his early projects, most of the furniture pieces Wright designed for the house were not removable; the dining room table and eight chairs made in golden oak, were among the items survived the demolition. They were purchased in 1923 at a used furniture shop on the west side of Chicago, have remained with that family until 1987, when sold by Christie’s department of Decorative Arts in 1987 to the famed collection of Thomas Monaghan of Domino’s Pizza, fetching a record price; the suite returned to Christie’s six years later and this time was sold to art dealer Daniel Wolf. It was recently purchased from the Wolf Foundation by the Huntington Library in Pasadena, CA, and is now on a permanent view, testimony to the radical way in which Wright perceived the house, with a large communal space centered around a fireplace, with living, study, and dining areas, for which he designed his iconic tall, high-backed chairs, which were meant to provide a sense of enclosure and intimacy in the open space. 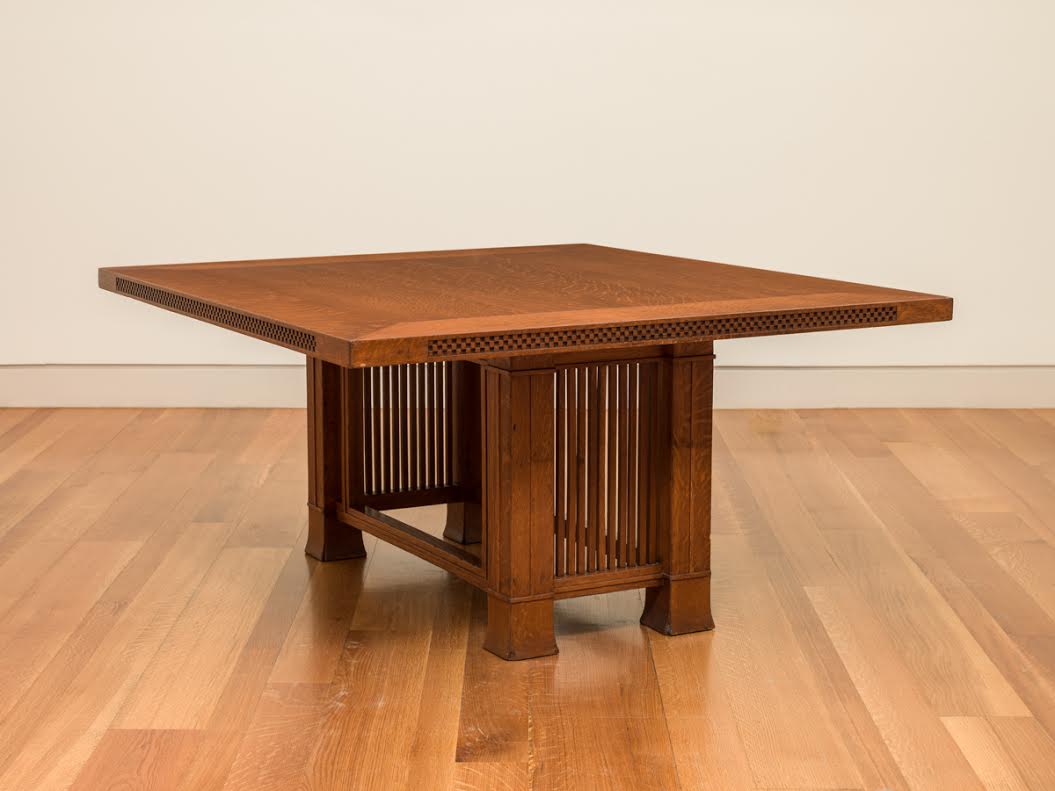 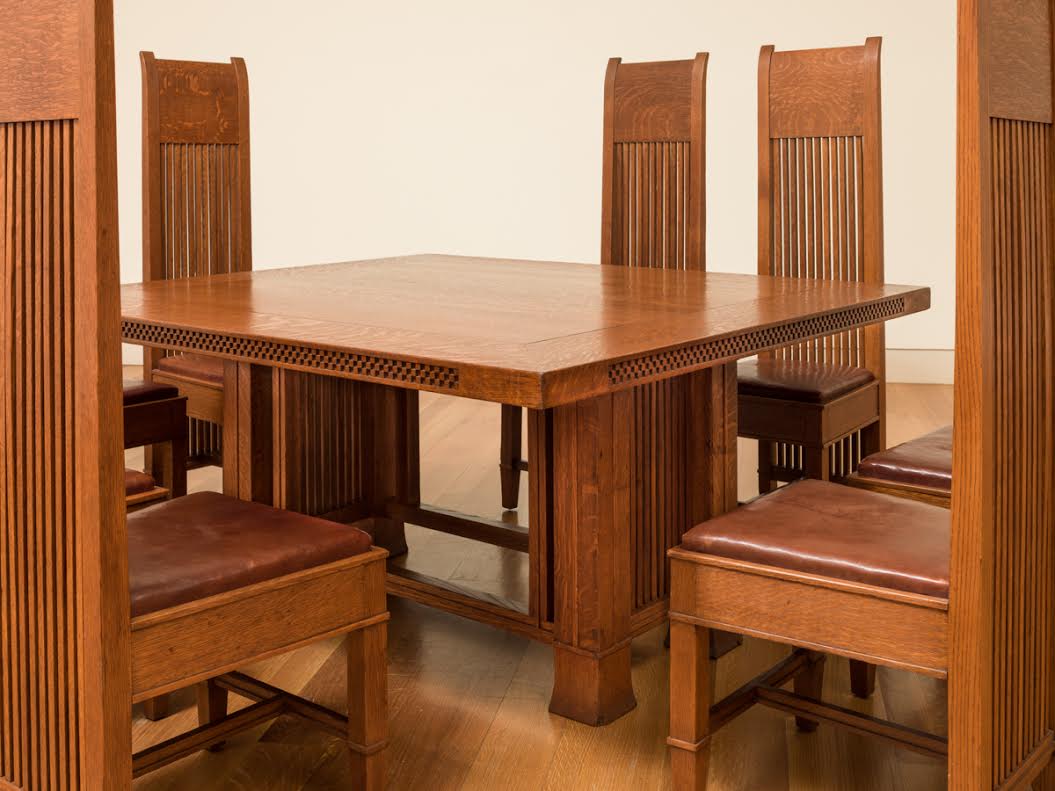 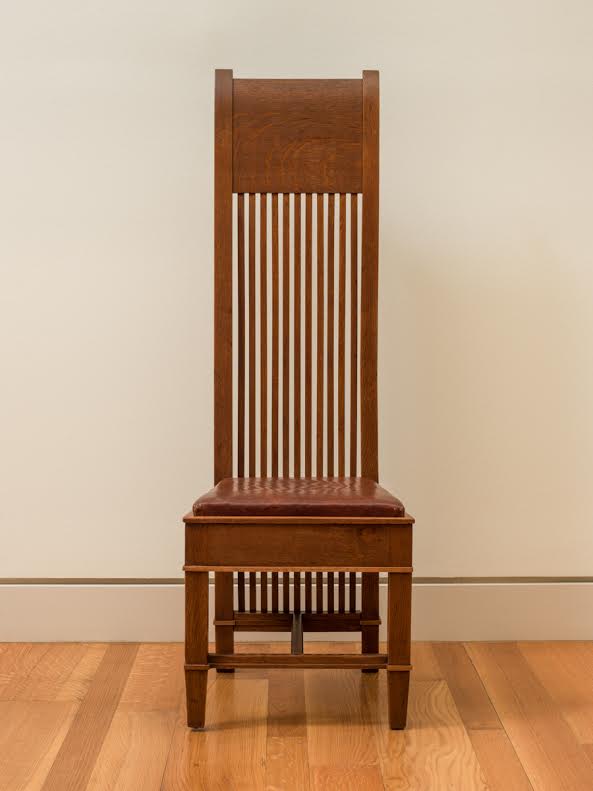 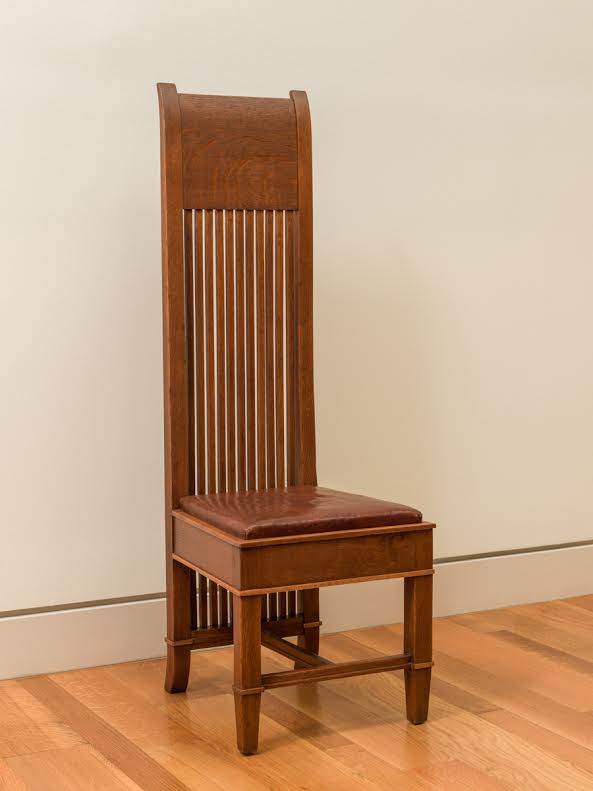