Another exhibition in celebrating Ettore Sottsass’ centennial will be opening in conjunction with the Venice Art Biennale next month. Highlighting the ceramics that the Italian designer/architect created between 1955 and 1969, my friend and colleague interior designer and collector Charles Zana will be curating a dialogue between two giants, foremost talents of mid-century Italian design, Sottsass and his contemporary, Venetian architect Carlo Scarpa. Zana’s show will be taking place at the seminal and breathtaking Olivetti showroom in Venice, which Scarpa designed when awarded the 1956 National Olivetti Prize for architecture. The two, Sottsass (1917-2007) and Scarpa (1906-78) have so much in common that it would be an interesting intersection to present. Both created from a strong desire to belong to traditions, and both were successful in formulating language that was charged with meanings, narrative, and spirituality. While Scarpa demonstrated  that contemporary architecture could represent the magic of ancient buildings by using reduced geometry, Sottsass’ ceramics, itself of a strong architectural quality, represented the single medium in which he came to explore with the basics of shape, volume, and color. While Scarpa looked up to Louis Kahn and Frank Lloyd Wright, his heroes; Sottsass was in a constant dialog with India, learning from its spirit, poverty, color, and sensuality. Zana, a connoisseur of Sottsass’ ceramics is one of these architects who know how to instill the passion for collecting historical material in his clients, and his exceptional knowledge of this material paired the the juxtaposition of these two talents is promising. 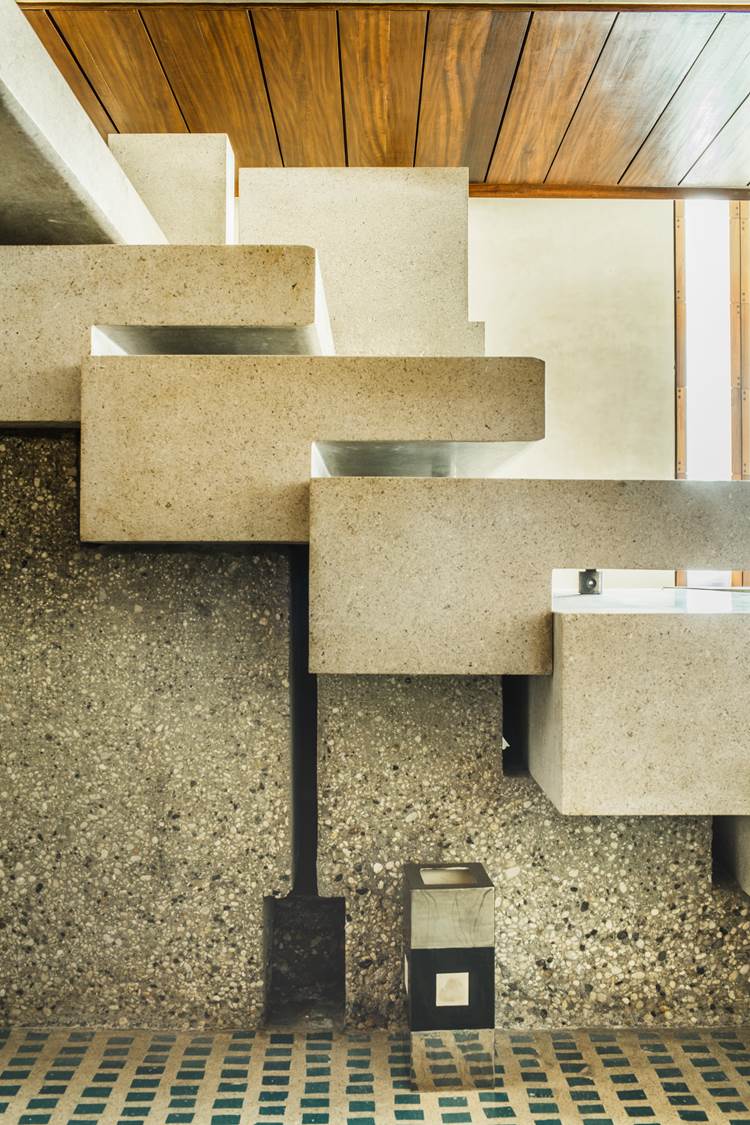 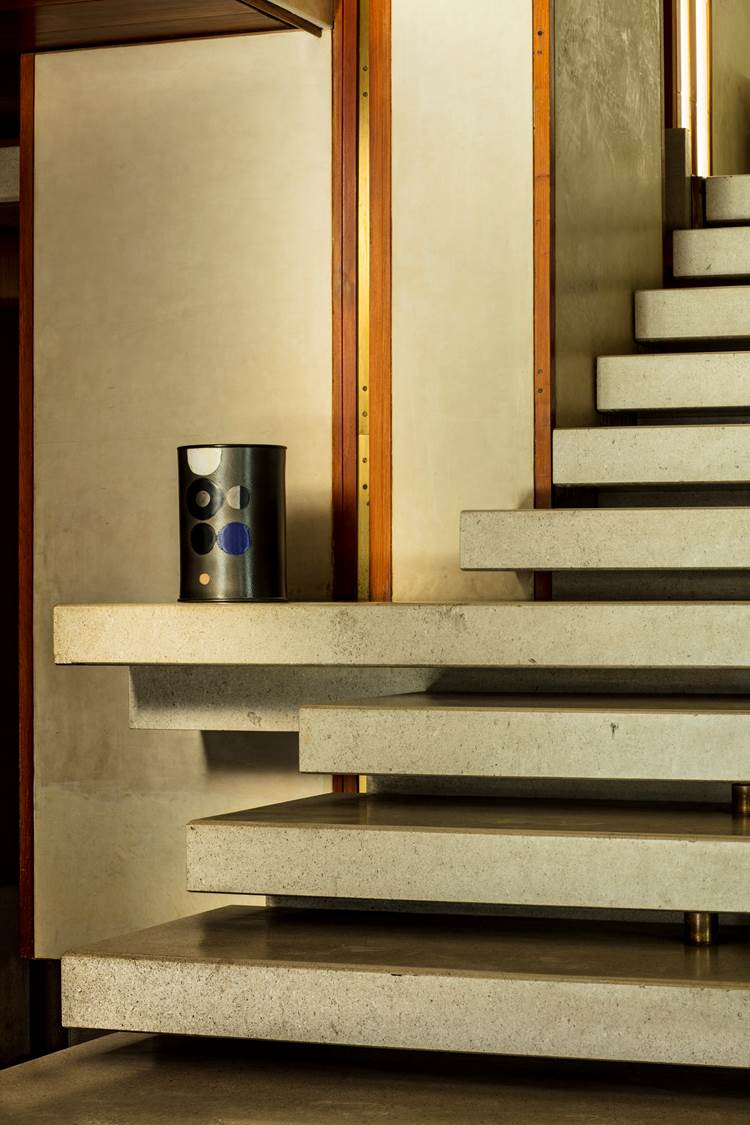 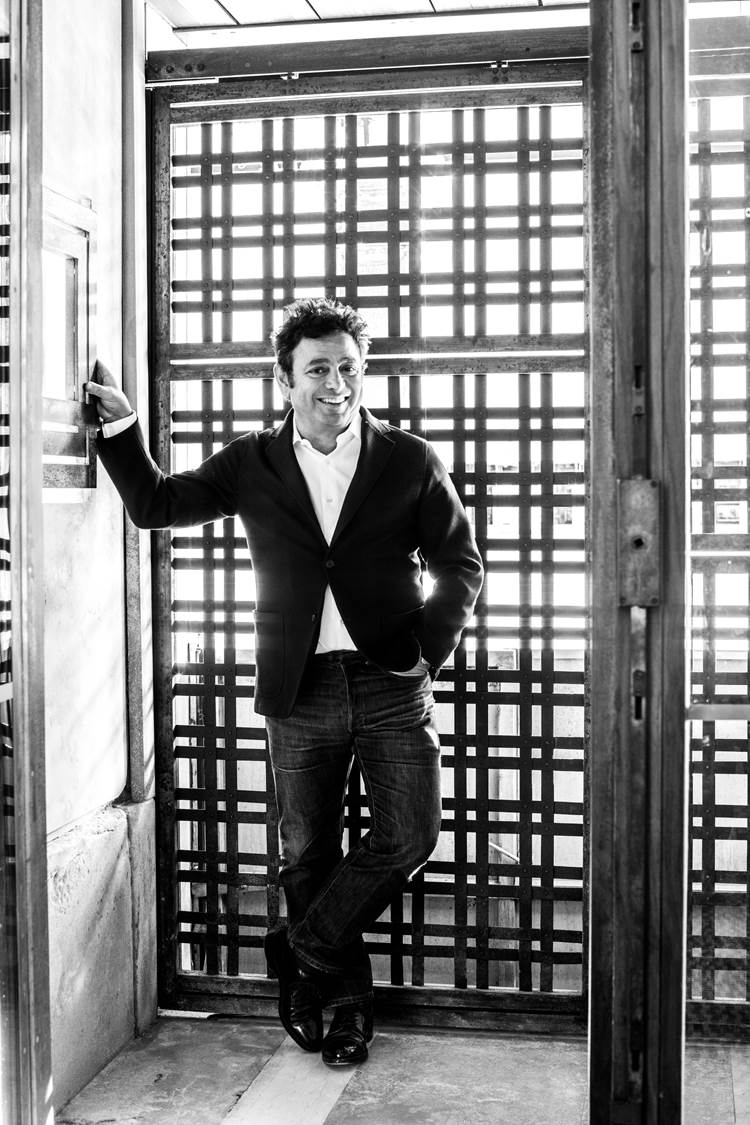 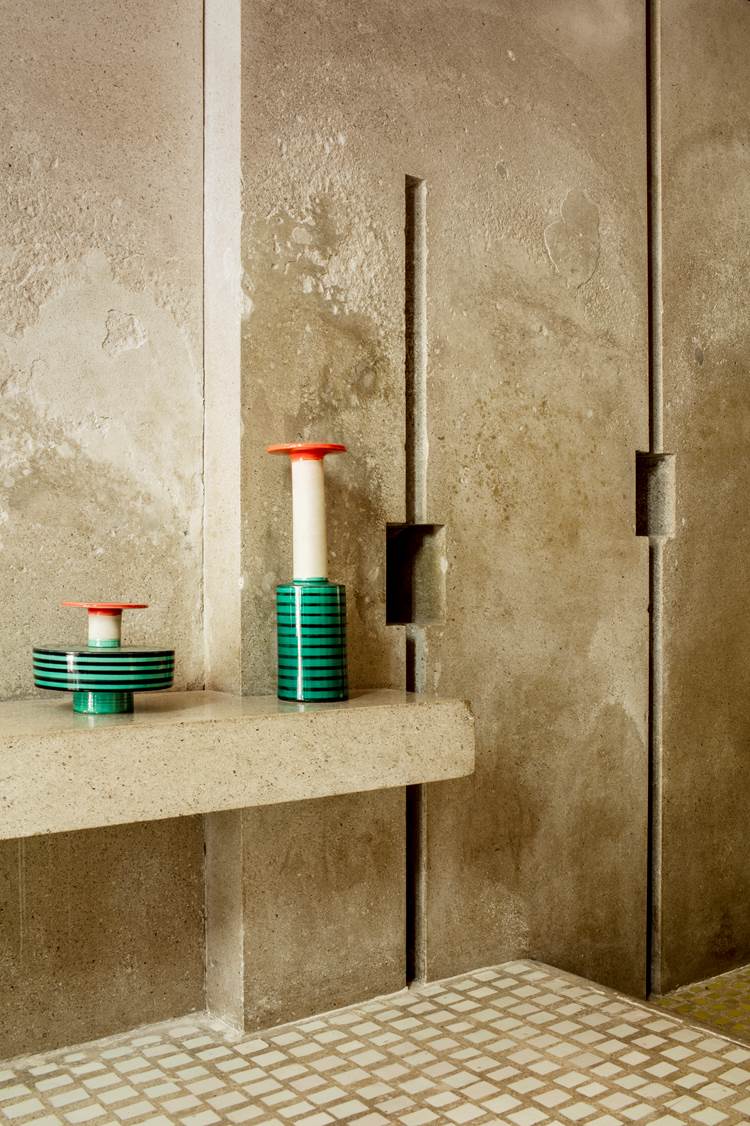 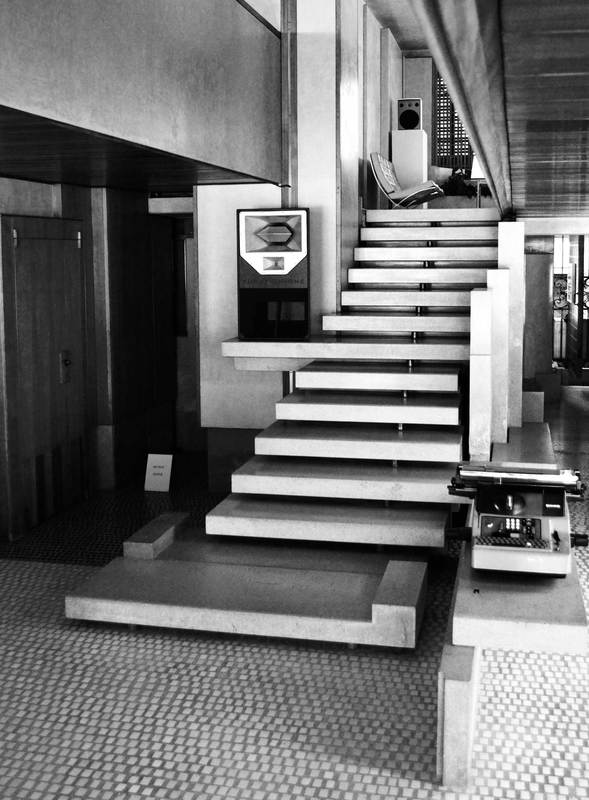