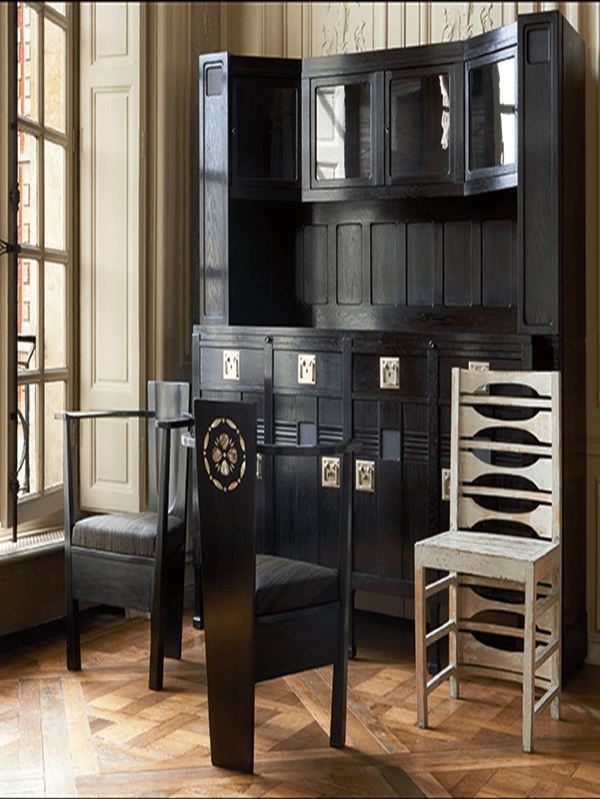 Roberto Polo is the quintessential tastemaker. The Cuban-born financier, legendary connoisseur, art dealer, philanthropist, and citizen of the world, has promoted his taste through a deep understanding and knowledge of design history. He has always collected undiscovered areas and has never followed the rend. A part of his magnificent and ambitious collection will be offered in London by Sotheby’s next month, containing museum-quality design masterpieces of the type you rarely come across today. Entitled ‘Design Masterpieces from the Polo Collection, 1850-1950,’ it encompassing 100 years of design history, offering a rare glimpse into Polo’s refined eye for a century of innovation and creation, objects curated and grouped together in a fresh, unexpected way. 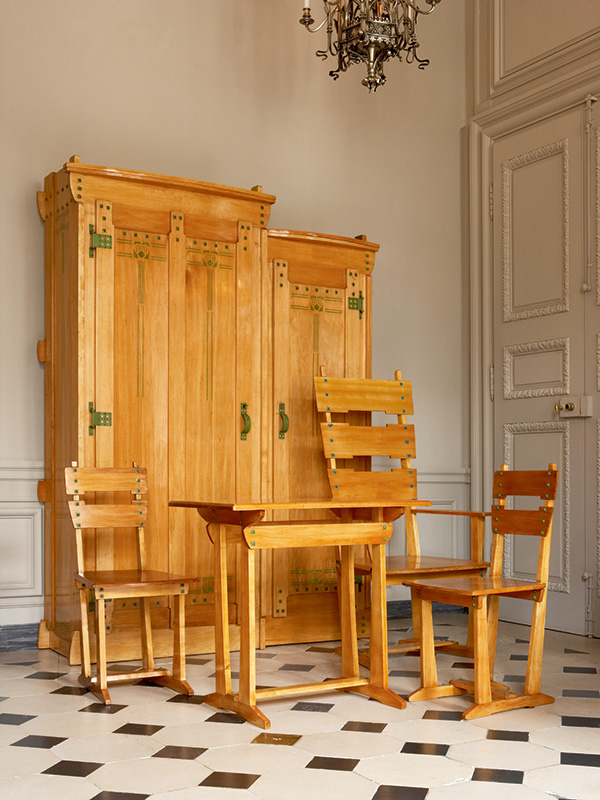 Two lots in the Polo Collection show the innovative design and workmanship of Gustave Serrurier-Bovy’s 1905 ‘Silex’ furniture, with an armoire and table and 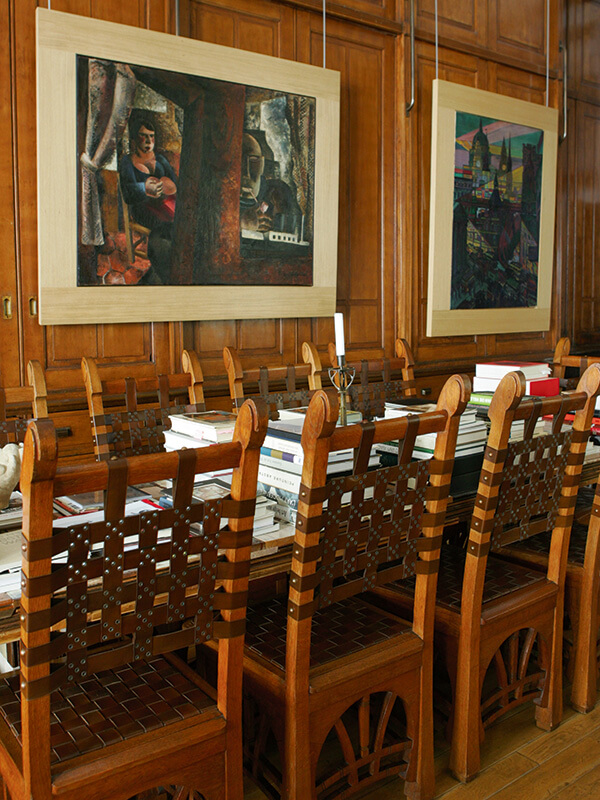 This set of six chairs is by Paul Hankar, one of the leaders of the revival of Belgian architecture in the 1890s and one of the masters of Art Nouveau. 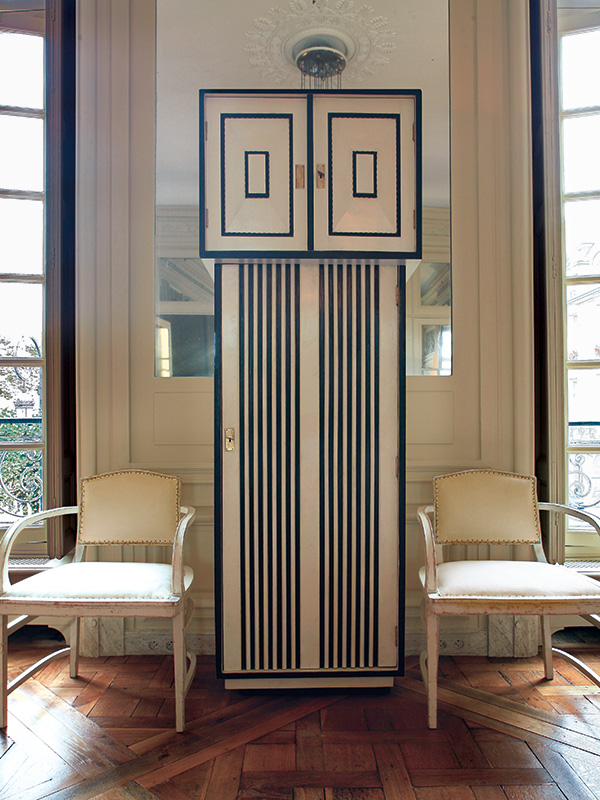 This cabinet attributed to Josef Hoffmann from circa 1903 reveals a commonly used aesthetic choice of black and white profiling on the front door, as well as the ‘T’ model cabinet, was frequently used by Hoffmann and Koloman Moser in the early years of the Wiener Werkstätte. 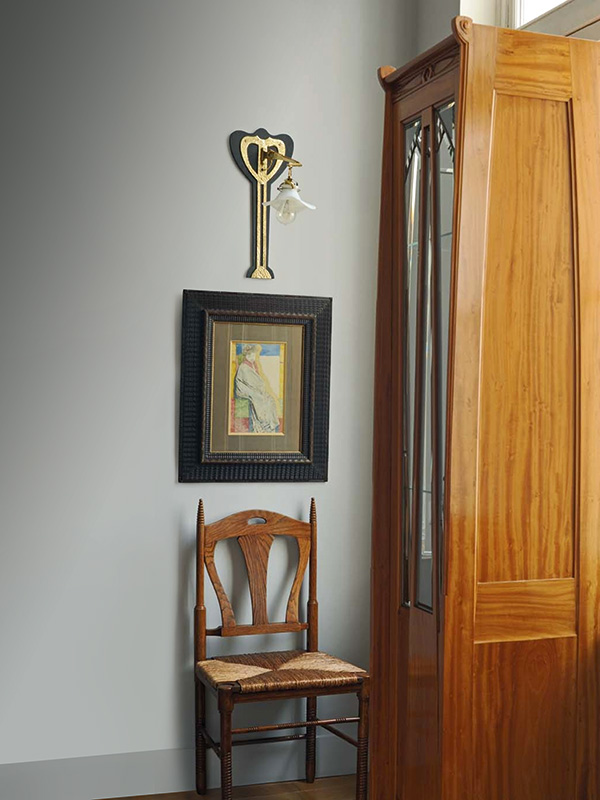 ne of a pair of Richard Riemerschmid’s appliques included in this sale dates from circa 1900, with one of two lemonwood cabinets by Patriz and Anton Huber, executed by Richard Kümmel, Berlin from circa 1902. As far as can be ascertained, at the time of writing no other pair is known to have been produced. 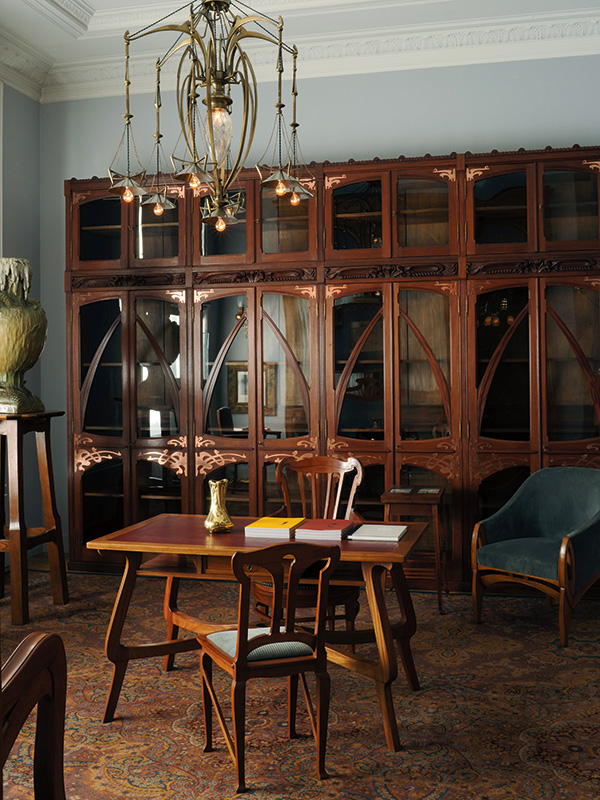 Hector Guimard’s sinuous art nouveau bookcase from circa 1900 together with Antoine Pompe chandelier, Henry van de Velde’s double–sided desk in the centre is joined by an armchair from the same designer. Georges Hoentschel’s monumental vase from 1900 stands on the left. 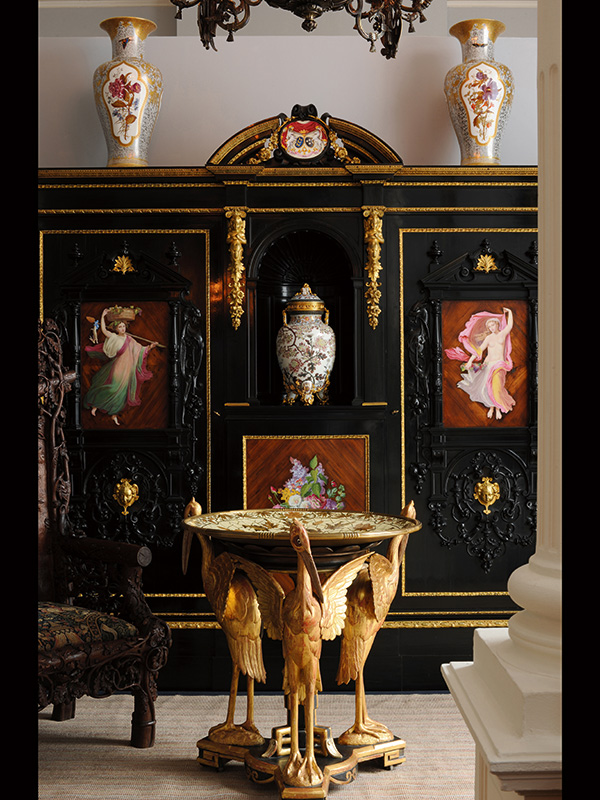 Julien-Nicolas Rivart’s grand cabinet was exhibited at the Great Exhibition in London in 1851 and the Paris Exposition Universelle of the same year. At the later it was purchased by the duc Edmond de Caumont La Force, to celebrate the occasion of his marriage to Charlotte Georgina Henriette Smythe. It is the finest known example by Rivart to incorporate the ingenious and innovative porcelain marquetry technique patented by him in 1849.