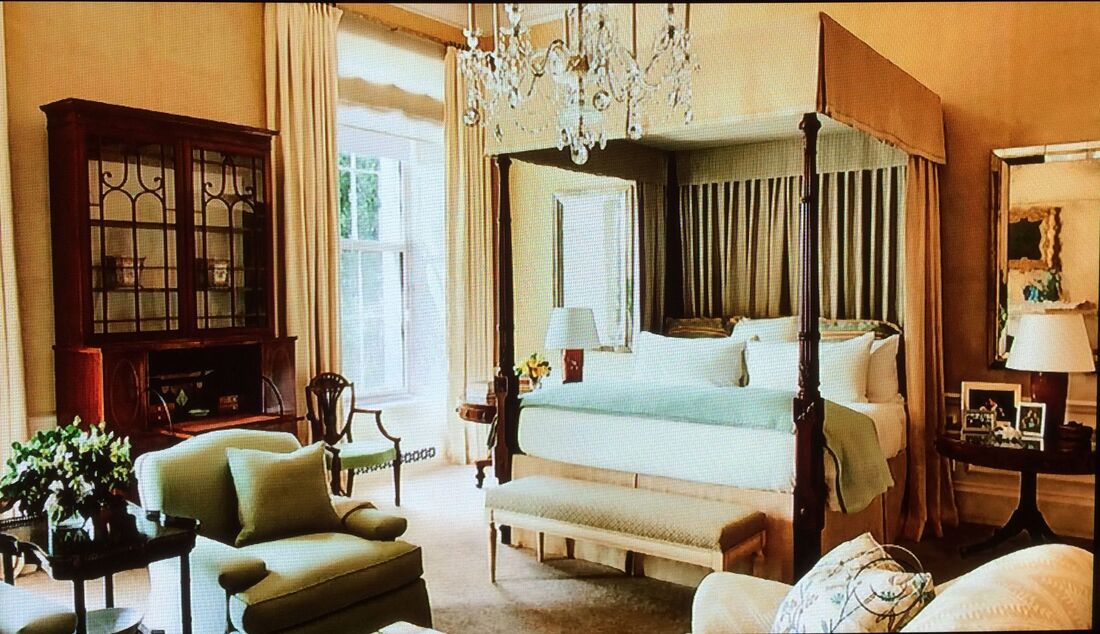 ‘Designing History,’ the new publication by Michael S Smith, is about the world’s most famous house and its continuous design legacy. But it is much more than a document on decorating the White House, the mansion which continues to fascinate and inspire all Americans. It is about a relationship forged between a client and a decorator, a connection crucial to the success of any project. ‘Designing History’ provides a glimpse into the private lives of President Barack Obama and First Lady Michelle Obama during their eight years in office (2009-17). The text and wonderful photographs bring to life the spaces hosted their legacy and achievements – being the first African American president in US history, the Affordable Care Act, or the Deferred Action on Childhood Arrivals – through the décor they chose to live in.

Ever since Jacqueline Kennedy’s iconic contribution to the White House, it became apparent that every president leaves his trace on its appearance, contextualizing his persona and taste within this historical home. When moving to the White House in 1961, Kennedy found the Truman-era décor cheap, full of reproductions, and lacked respect to its grand heritage. Together with Sister Parish and legendary Americana collector Henry DuPont, Kennedy was responsible for bringing back antique furnishings, wallpaper panels, and objects capturing the narrative of Americana history. She did not set up the tradition, but she made it public. Decorator Michael S Smith was appointed by President Obama to the Committee for the Preservation of the White House, and now, together with Margaret Russell, he is telling the story of this once-in-a-lifetime opportunity.

The book begins with a forward by Michelle Obama, who in her typical personal and articulate style, tells the story of her upbringing in the South Shore neighborhood of Chicago, and the quest for a warm and comfortable atmosphere, when moving to the White House, giving her personal priority to the kids. “Michael,” she says when recalling their collaborative work, ‘brought in the tools of modernity,’ refreshing the interiors, making them just right for a young family with much public demands.

I particularly loved the chapter which explores the history of the White House’s décor, illuminating on the way the personality of each one of the presidents came to impact its aesthetics. We learn that the French style of the early years of the 19th century was embraced by President Monroe (1817-25) who was a former US ambassador to France; that President Arthur (1881-85) had to sell furnishings in order to fund his design plans; and the fascinating details behind the visual transformation of the White House during JFK’s administration. This chapter is set as a background for the discussion on Michael S. Smith’s project. The book is a fascinating document on design, décor, and American culture, highlighting the concept of creating site specific interiors filled with art and historical significance.

Above: ​The Master Bedroom offers a sunny view of leafy trees and the wide South Lawn below. The high-post bed is early 19th-century American, and its canopy, curtains, and bed skirt are of a Larsen raw silk. The embroidered pillow in the foreground is by Jed Johnson Home, and the wallpaper is by Gracie; the rug was custom made by Mitchell Denburg. Photo: Michael Mundy. 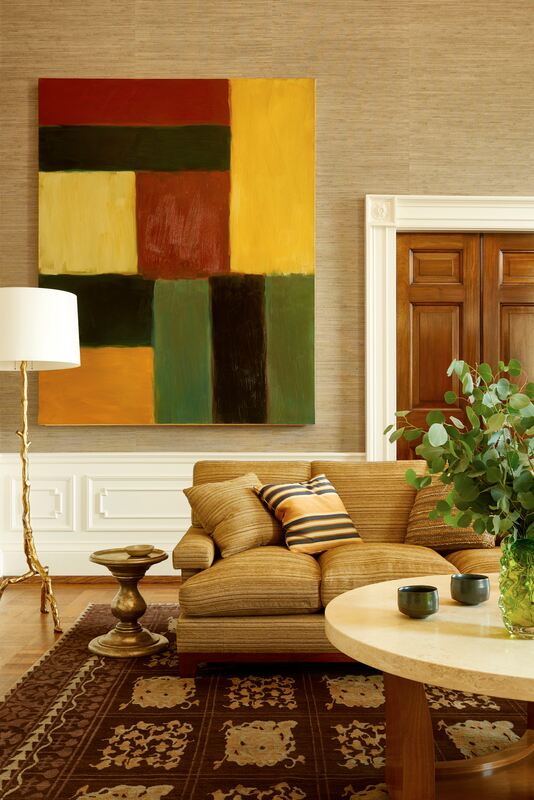 In the Family Sitting Room, Sean Scully’s painting ONEONEZERONINE RED, on loan from the National Gallery of Art, is displayed against a wall clad in a rush-cloth paper by Crezana. The sofa is by Roman Thomas, the side pedestal table and travertine-top table are by Jasper Furniture, and the rug is by Mansour. Photo: Michael Mundy.. 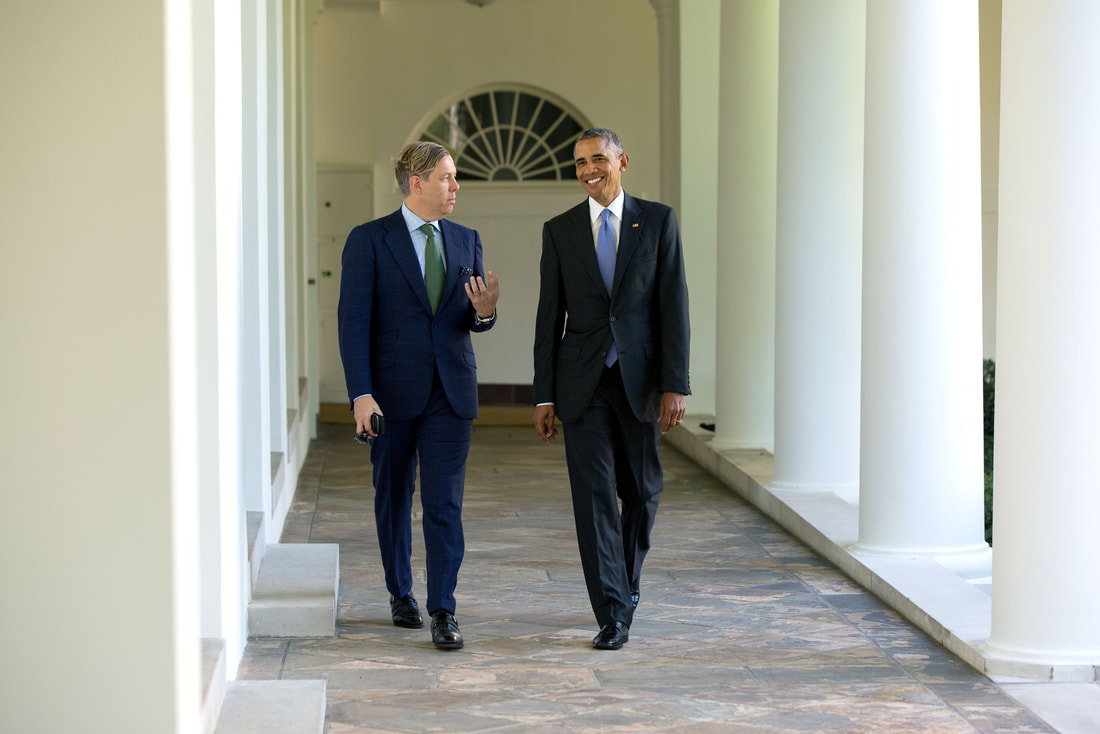 Michael S. Smith, walking with President Obama along the West Colonnade that leads from the Residence to the Oval Office in the West Wing. Photo Credit: Pete Souza, courtesy Barack Obama Library. 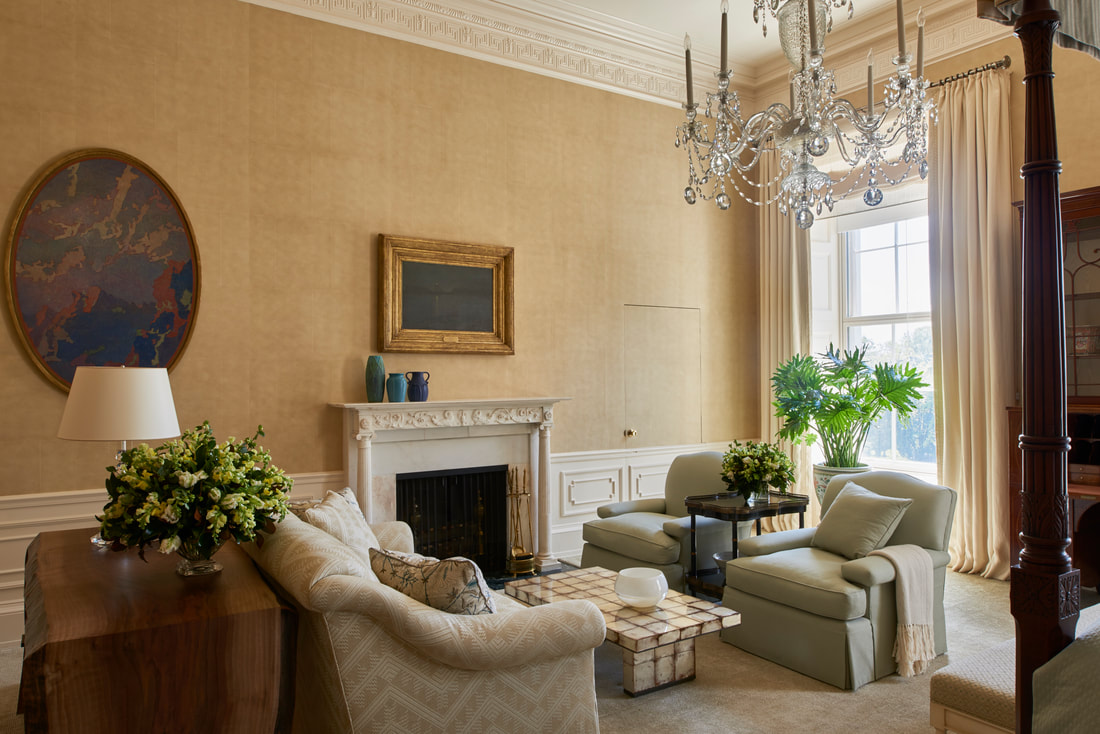 Designer Michael Smith created an elegant master bedroom for the Obamas. Augustus Vincent Tack’s Abstraction is displayed to the left of the mantel while Nocturne, by James McNeill Whistler, hangs above it; the Samuel Marx-inspired coffee table is by Jasper Furniture. Photo Credit: Michael Mundy. 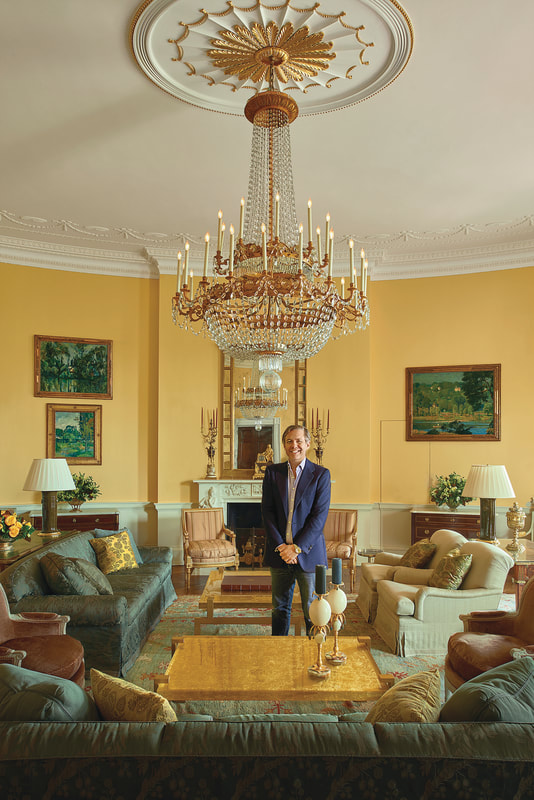 Designer Michael S. Smith in the Yellow Oval Room, a favorite room he considered to be one of the most beautiful and romantic spaces in the White House. Photo Credit: Michael Mundy. 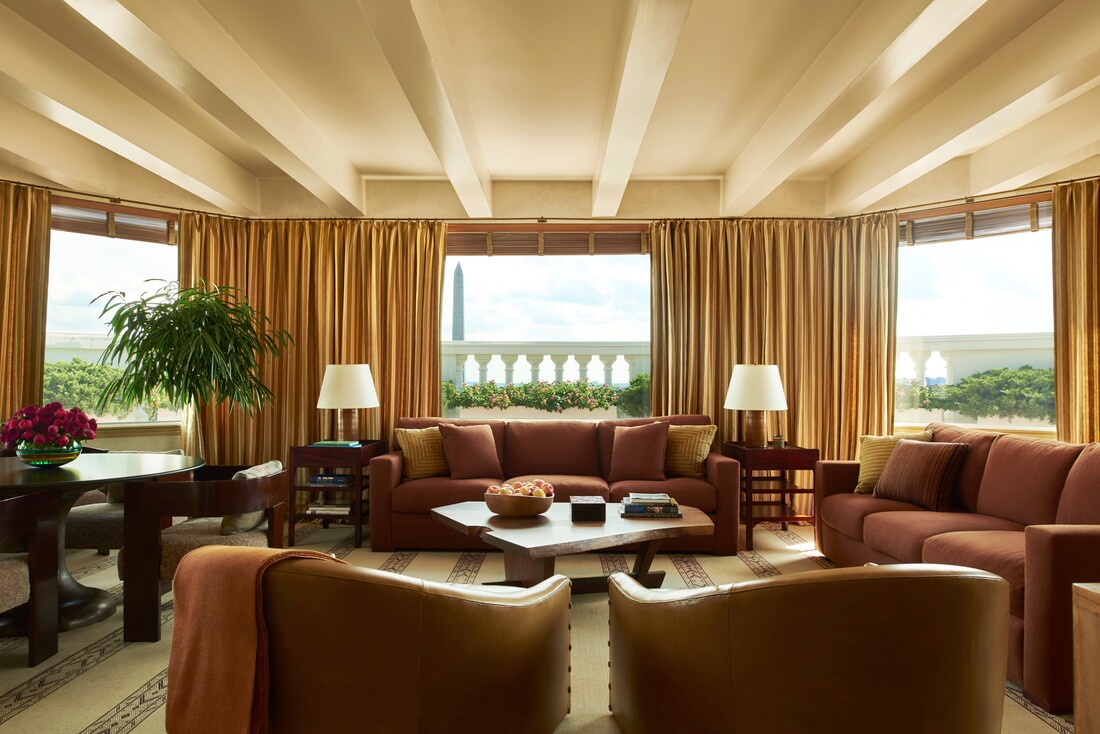 The Solarium is wrapped by windows and faces south, offering a spectacular view of the Washington Monument. Photo Credit: Michael Mundy. 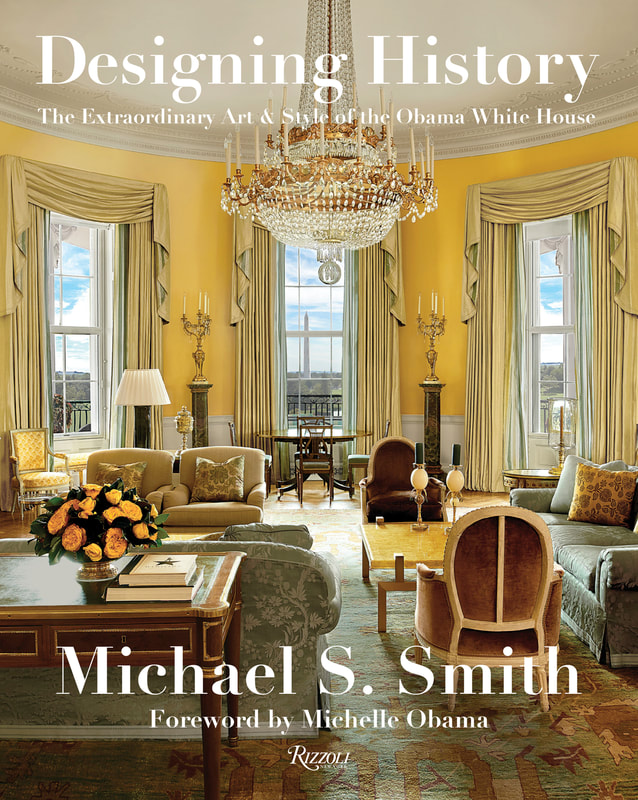