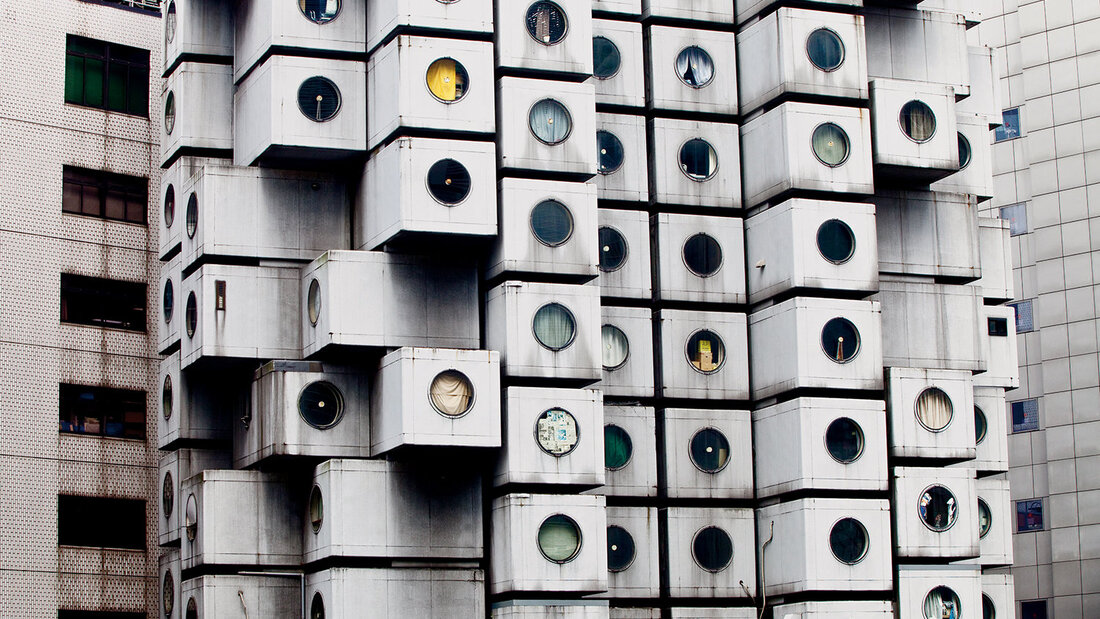 Another stop in our Tokyo’s architecture tour today was at Ginza’s Nakagin Capsule Tower. An architecture icon, and now in a total despair, it was designed in the 1970s by Kisho Kurokawa, and  is considered the most known example of Metabolism, the Japanese movement which was born in the 60s by a group of visionaries seeking to propose new ideas for the future of the cities and urban centers.

Most of their ideas were experimental and not realizable, containing such futuristic urbanism programs as cities connected by highways in the sky where automobiles pass between towers, and centers built in Tokyo Bay. Metabolism marked historical moment in the postwar era, when Japan recoved from WWII, while entering economic prosperity, and seeking for housing solutions.

The Nakagin Capsule Tower was a rare occasion when those ideas were put into practice. The tower exemplified a housing block consisted of detachable capsules, which were in fact prefabricated tiny units, constructed in concrete. Each unit, each apartment was created as one ‘capsule,’ with the idea that this system could be easily duplicated. However only two such towers were built. 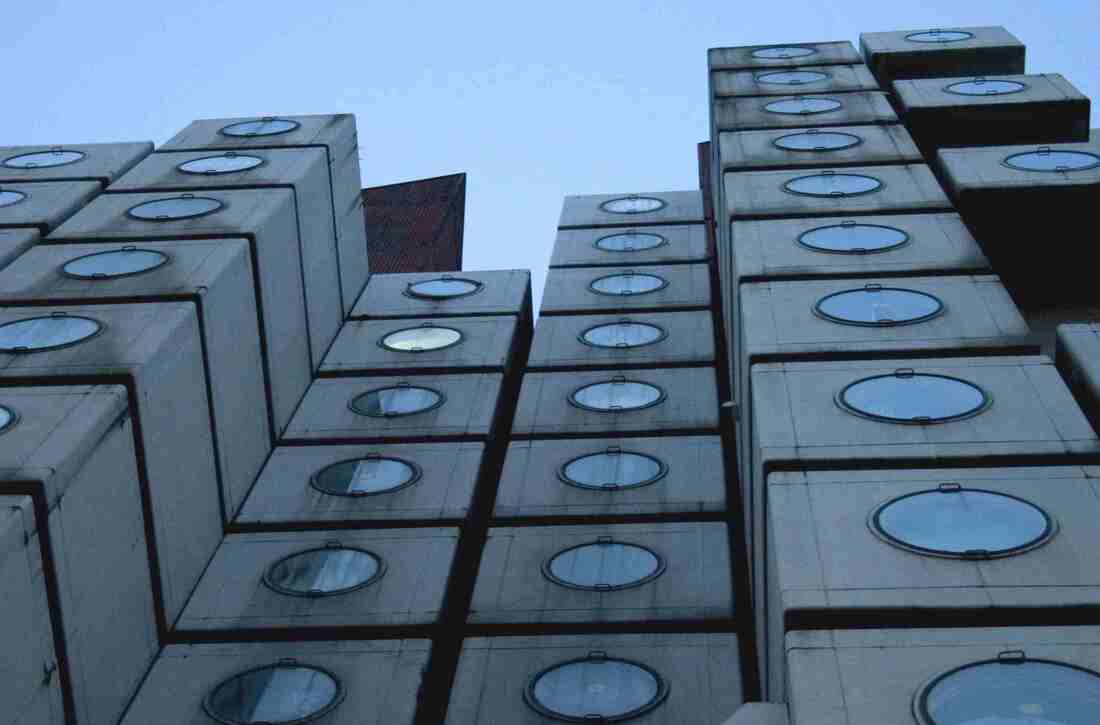 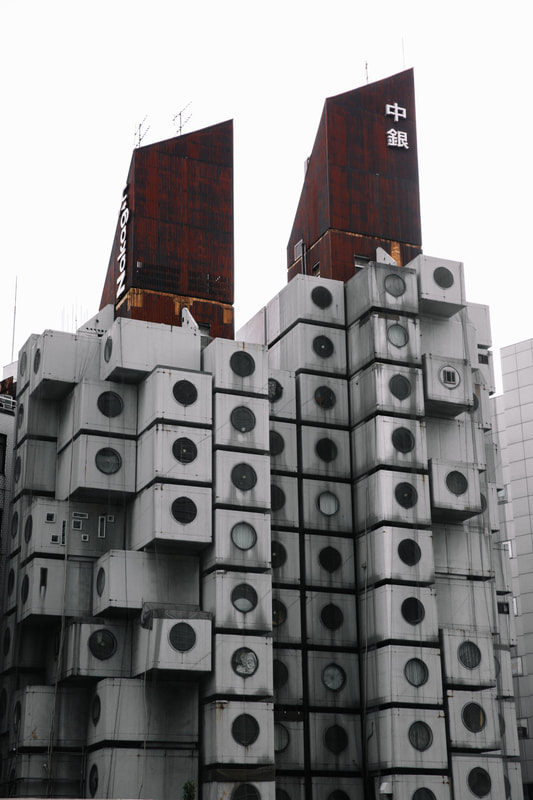