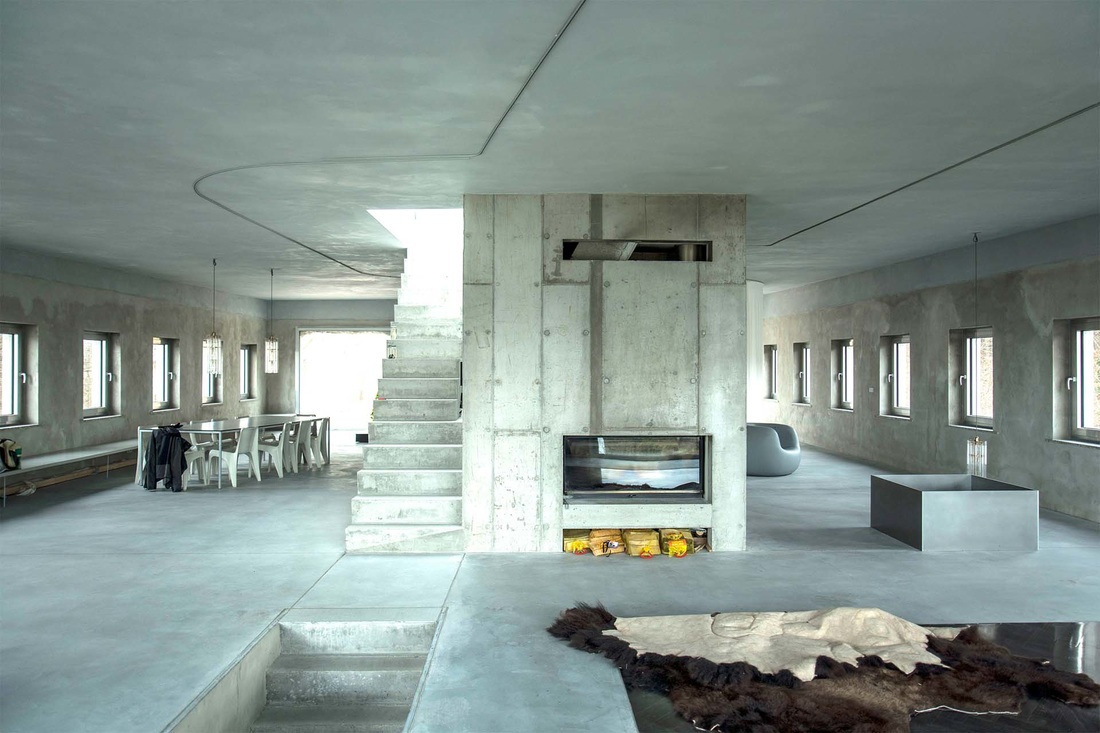 Revisiting Eastern German old architecture and transforming existing buildings while utilizing cost-effective methods, is where architect Arno Brandlhuber has found his most fulfilling creativity. His work has recently been discovered and his Antivilla was filmed by the NYT. In this concrete structure, a former lingerie factory building in Potsdam, originally designed without central heating, he has made his own weekend house, a fully sustainable residence. Its giant windows that Brandlhuber carved out of the massive, heavy concrete walls are standing out for the way the coarse openings are broken through the exterior. In the town, traditionally known for its neoclassical legacy, as the residence of the Prussian king and the German Kaiser (until 1918) and for its cultural landmarks and palaces, this house stands out as the antithesis of the traditional villa, called Antivilla. 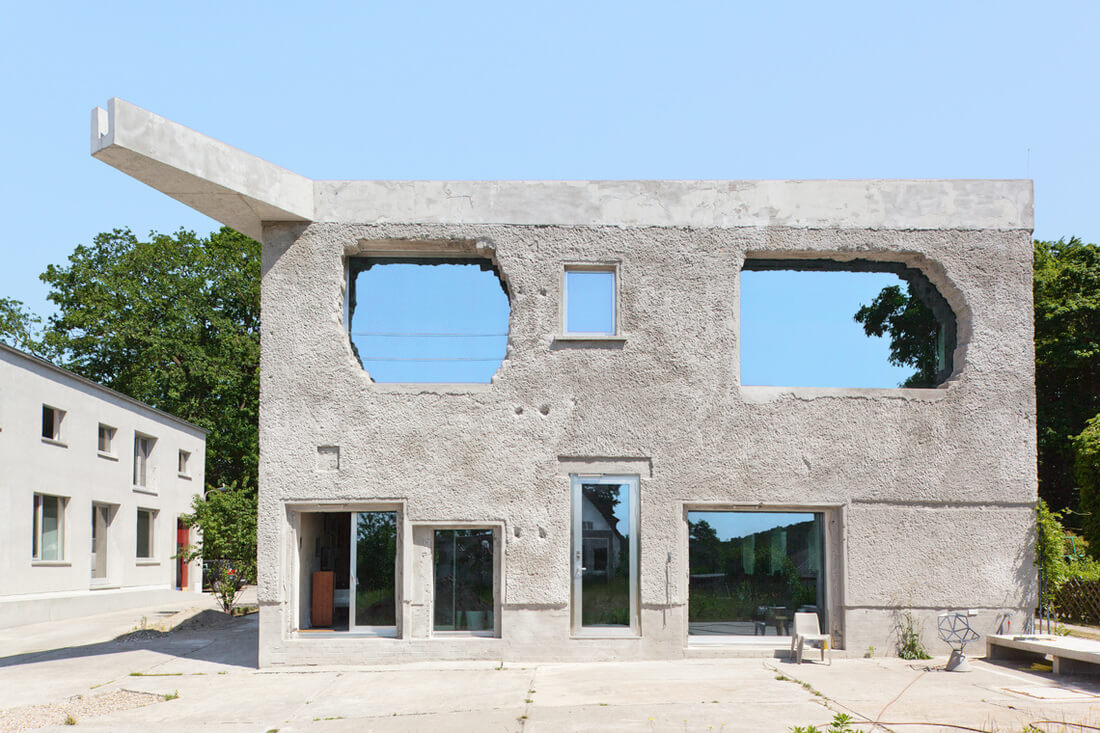 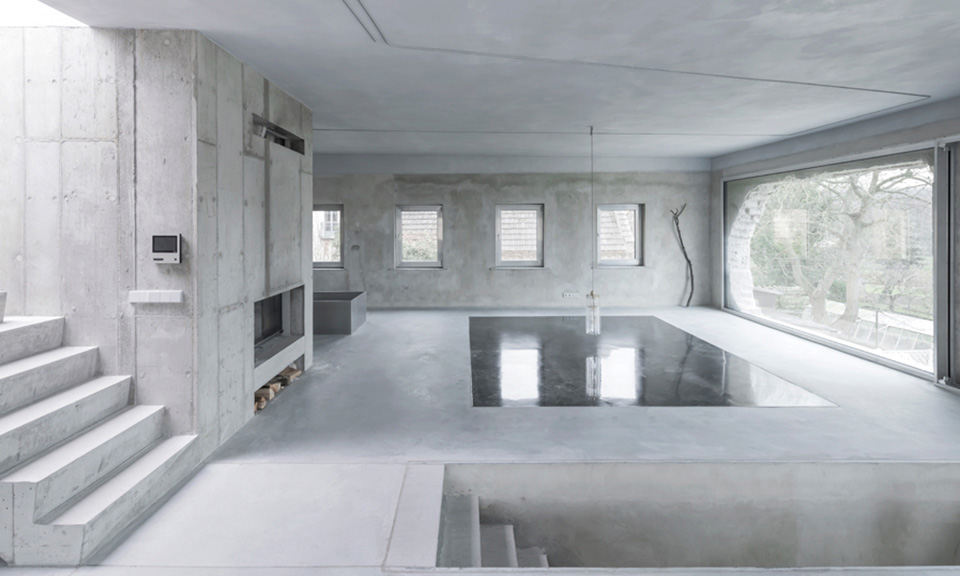 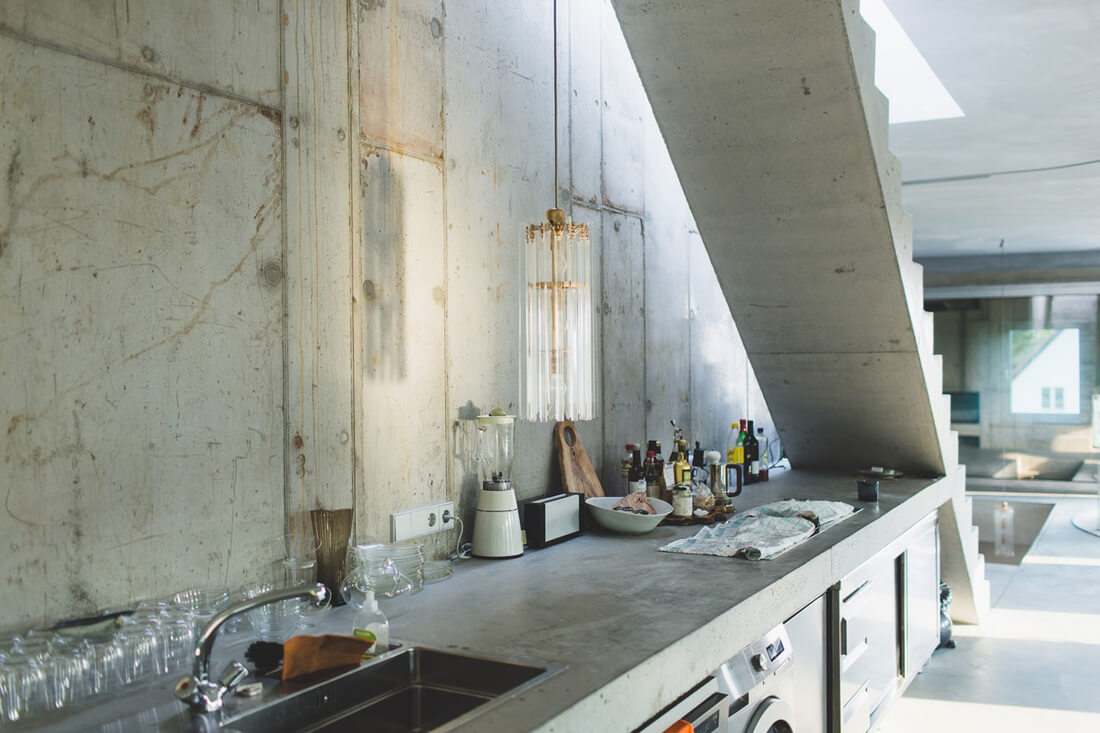