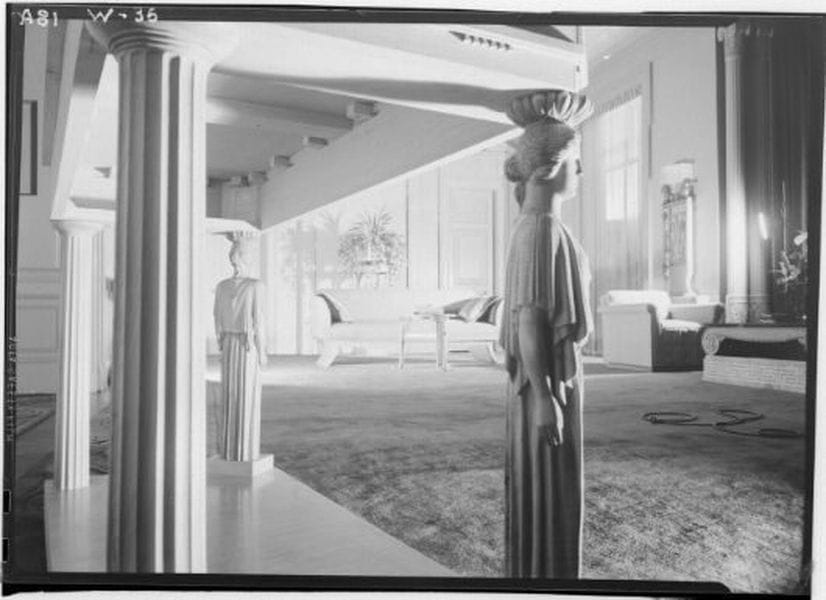 Zsa Zsa Gabor, the glamorous Hungarian actress died today at 99. Here is the design connection. While she married nine times, her most celebrated wedding was in 1941 to hotel magnate Conrad Hilton. During their five-year marriage, the two were living in one of the most iconic houses of the time, Casa Encantada in Bel-Air, California. The 43-room mansion, the most ambitious commission of Russian-born Beverly Hills architect James E. Dolena, was decorated by T.H. Robsjohn-Gibbings, who considered the project among his most important works; the two hundred exquisite pieces of furniture he designed for this commission, have since become blue-chip objects, praised by collectors of modern art and design worldwide. In a lecture Robsjohn-Gibbings delivered in Los Angeles while working on Casa Encantada, he provided insight to the nature of his use of the historical sources, and particularly the allure of classical Greece, which inspired him: “We will find ourselves back to the very old, yet always new graceful contours that have made the artists of an ancient Greece the marvles of the ages.” It is the only bed, I was told by a dealer friend who really knew this material, used by both Gabor and Elizabeth Taylor (who was briefly married to Hilton’s son). 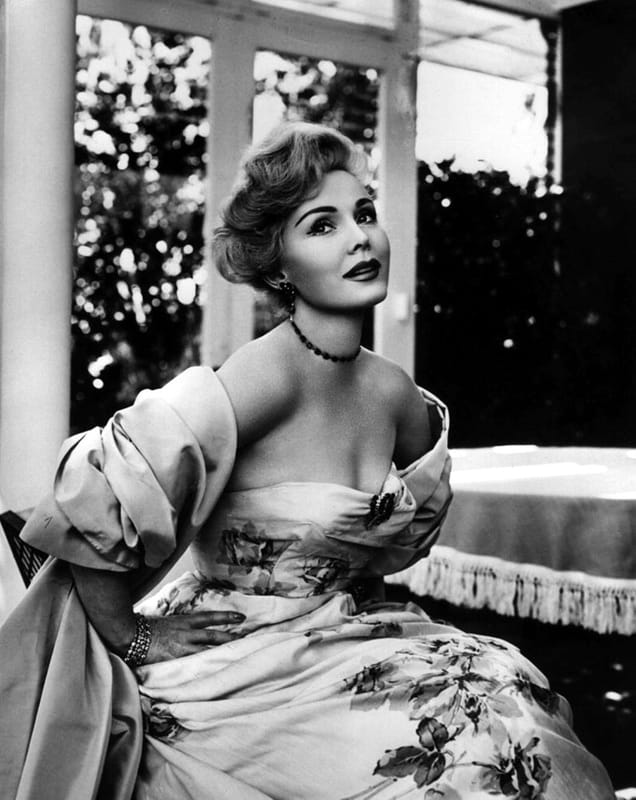 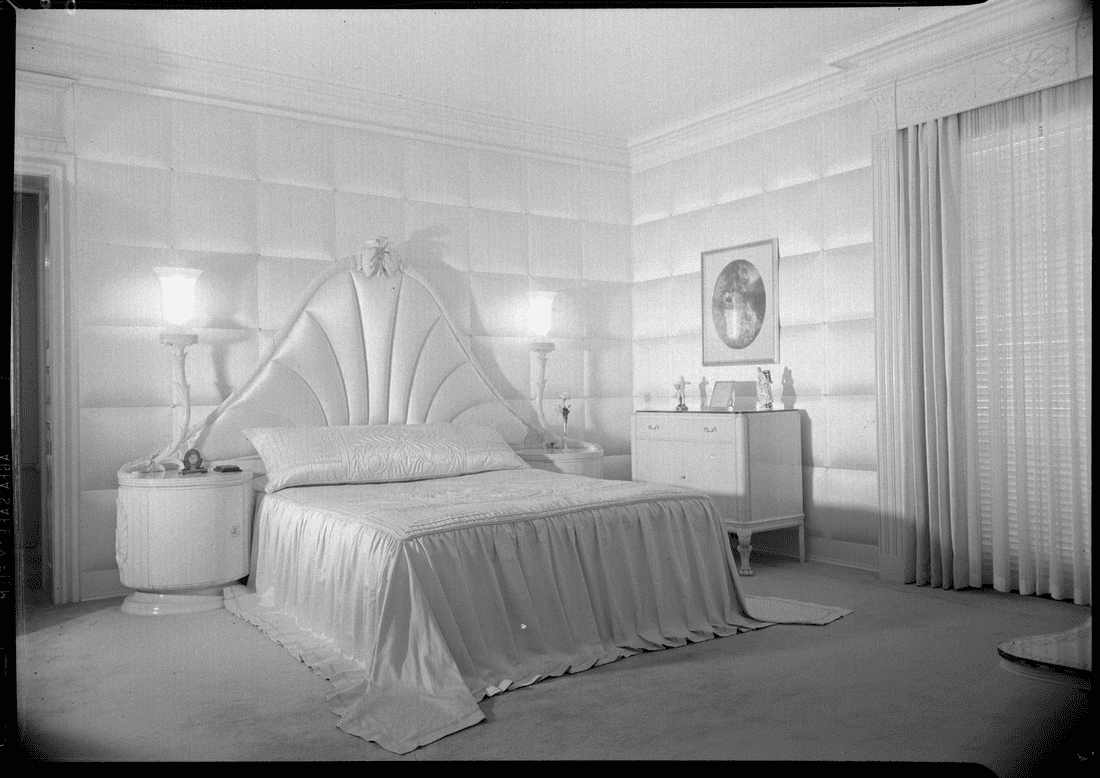 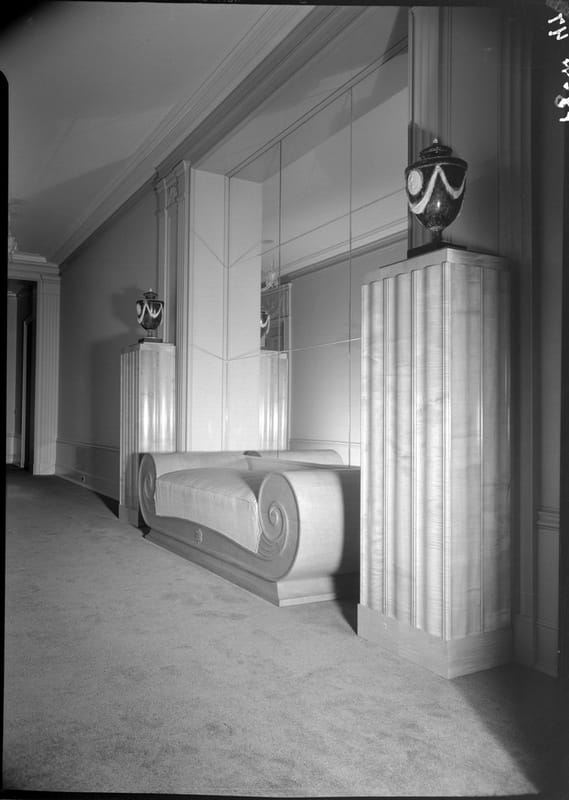 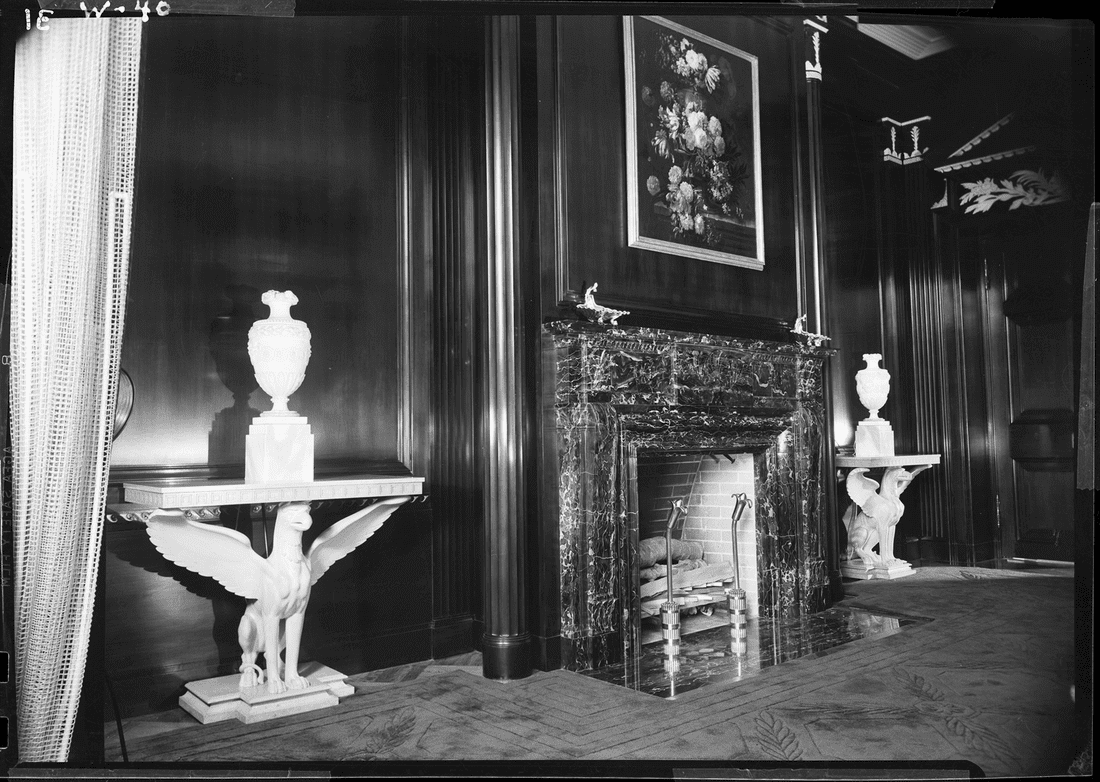 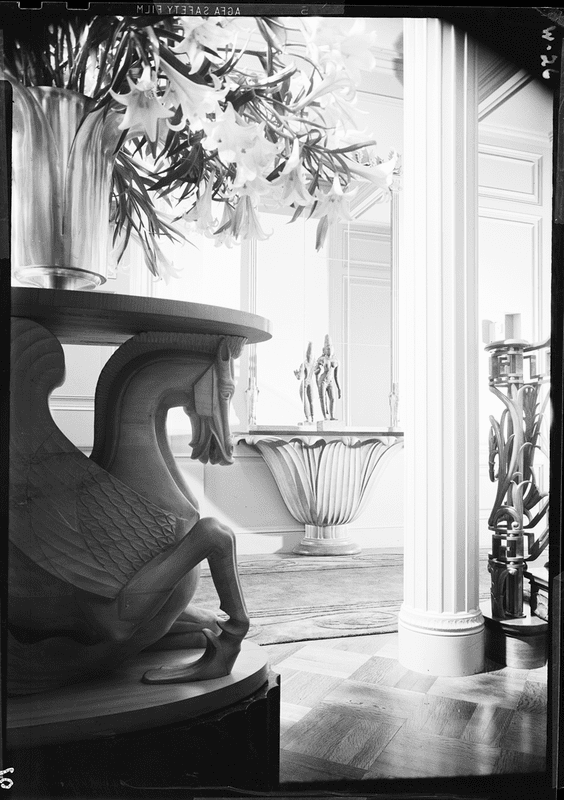 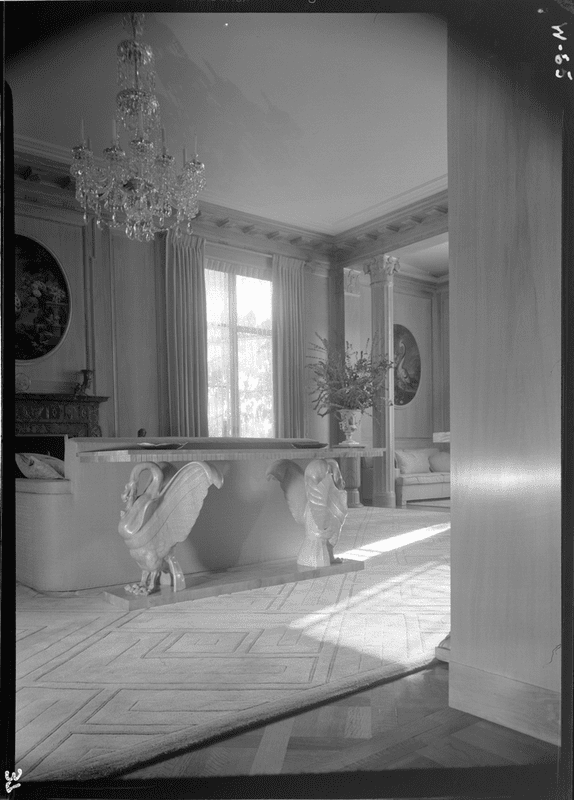 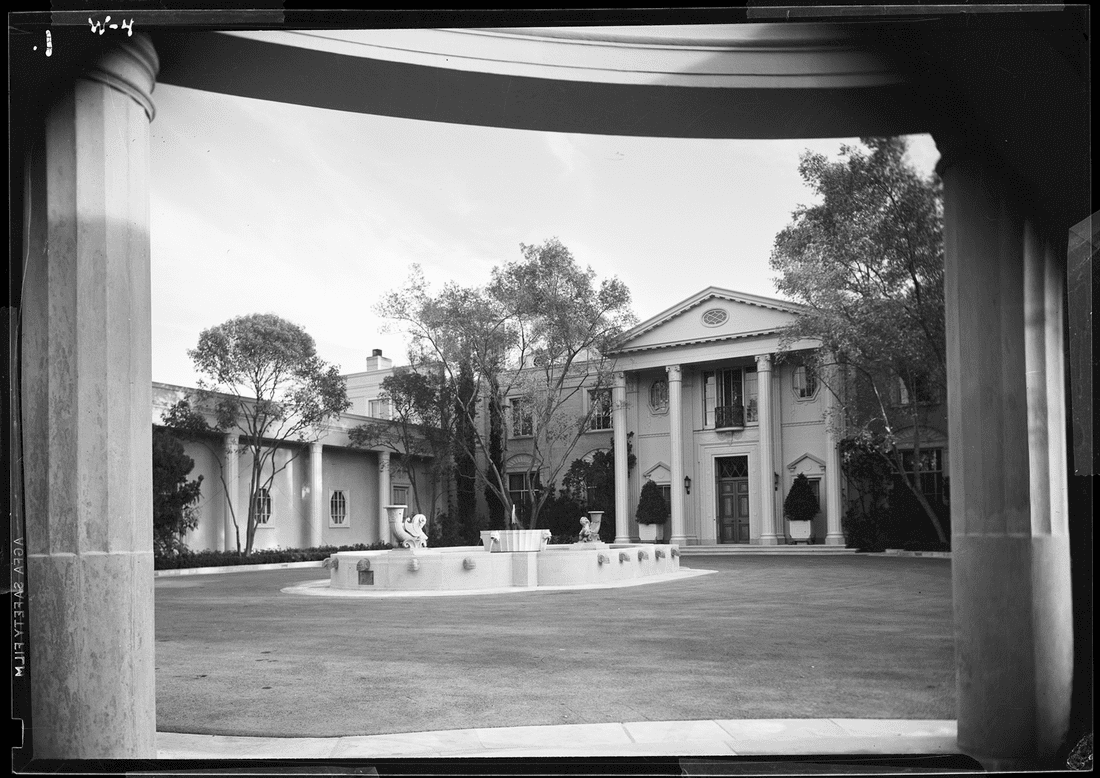