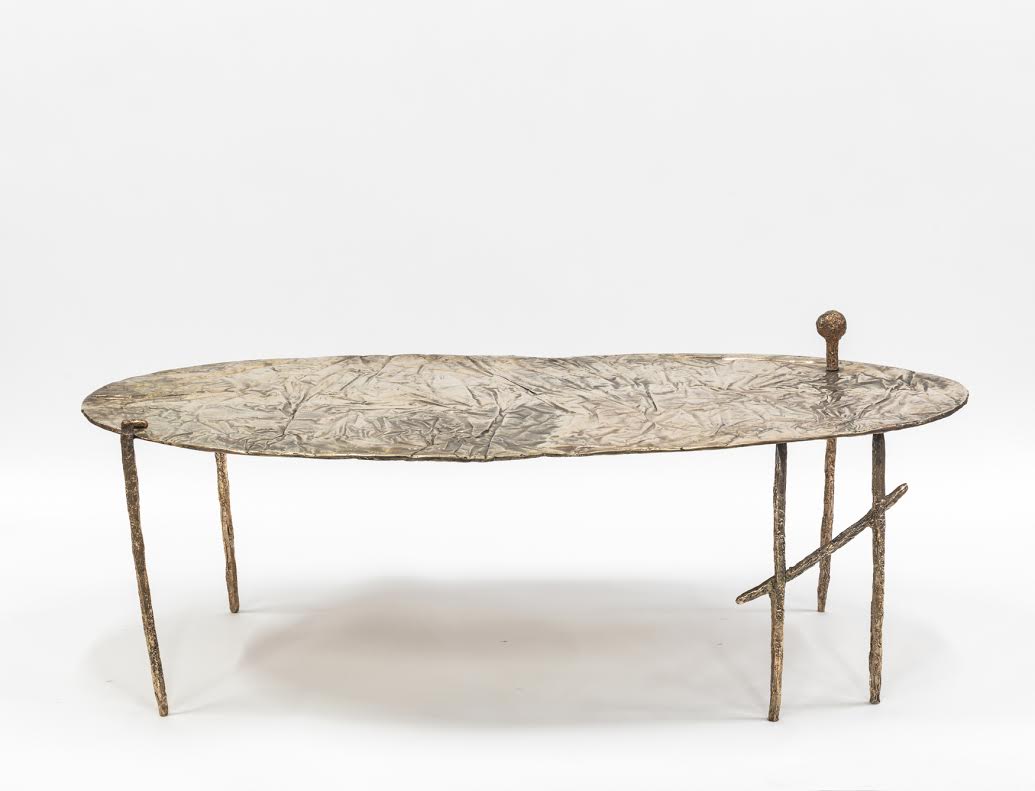 When Misha Kahn, the 27-year-old New-York-based designer whose solo show I have visited this morning described it as a retrospective, I put a big smile on my face. I fact, from the moment you enter the wild space of fantasy, which Kahn created for his first gallery show at Friedman Benda you can’t help yourself, but smile. You may think that you enter a scene in the American epic science fiction film Avatar, because Misha’s work is about fun and about substantiating dreams and fantasies of a young man who was brought up in Minnesota in the age of Nickelodeon. In this exhibition, which closes down next week, you would see stools made of concrete cast in fabric molds, all sawn by Kahn; a table made of scarp woods; amazing bronze coffee tables, cast in South Africa in a molds created with aluminum foil; mirrors set in exuberant frames cast in concrete. A graduate from RISD, Kahn was discovered by Glenn Adamson, former Director of the Museum of Arts and Design, when exploring local craftspeople preparing for the Museum’s show New York Makers. While he is young at age, Kahn is surprisingly mature when it comes to expressing confidence in his unique personal vocabulary and in being so closely in touch with his inner soul. 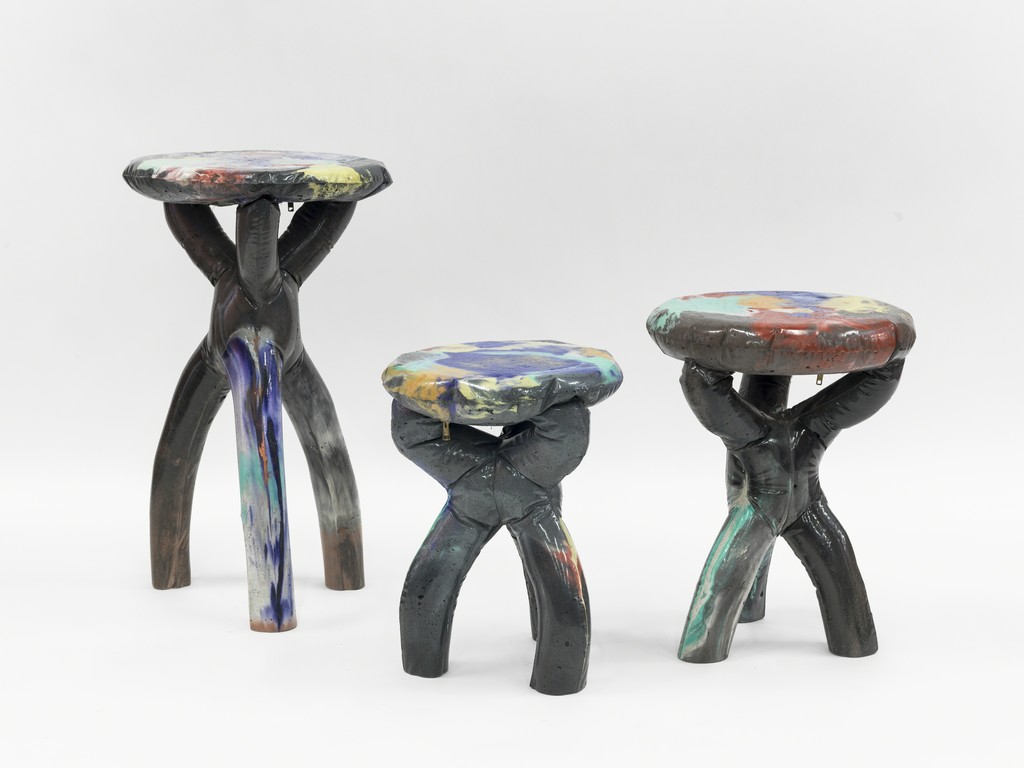 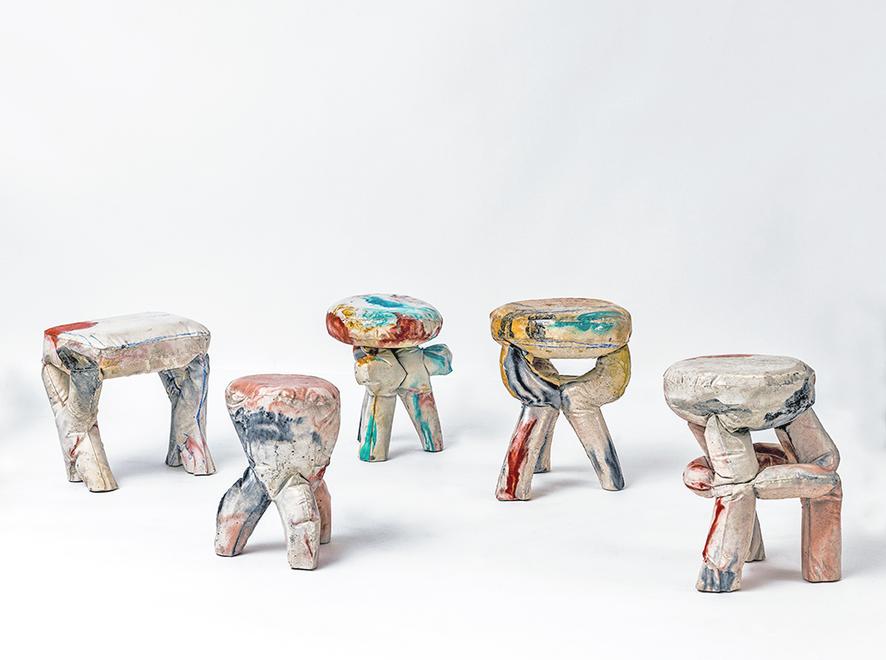 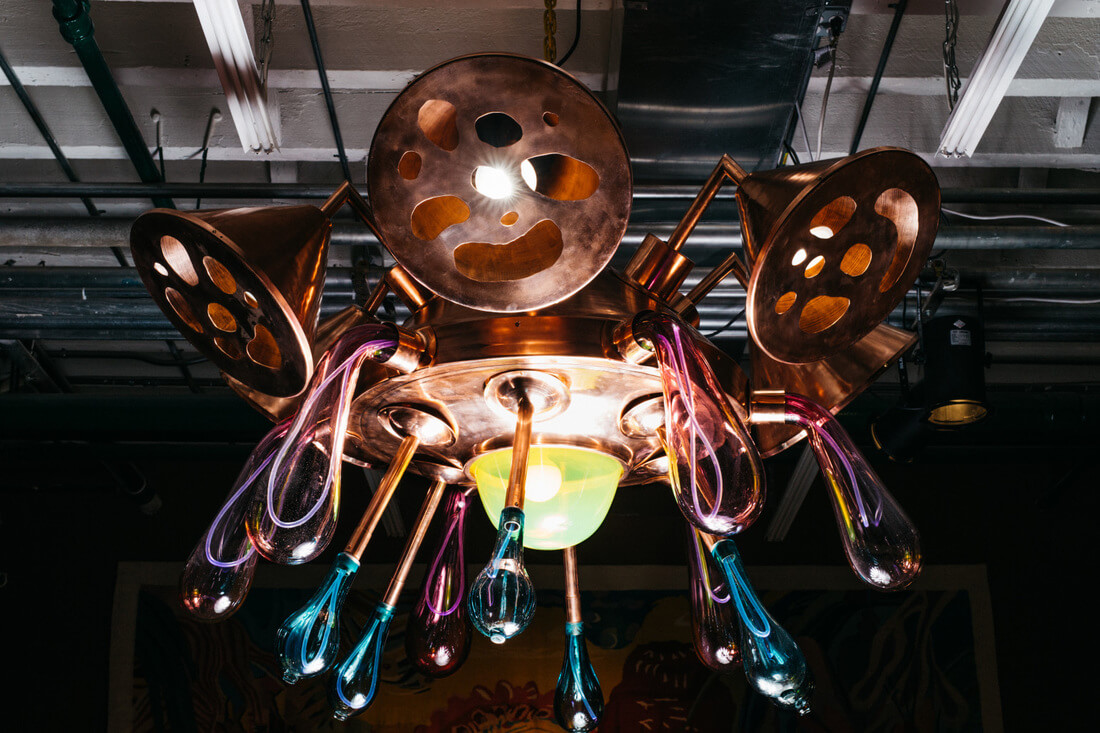 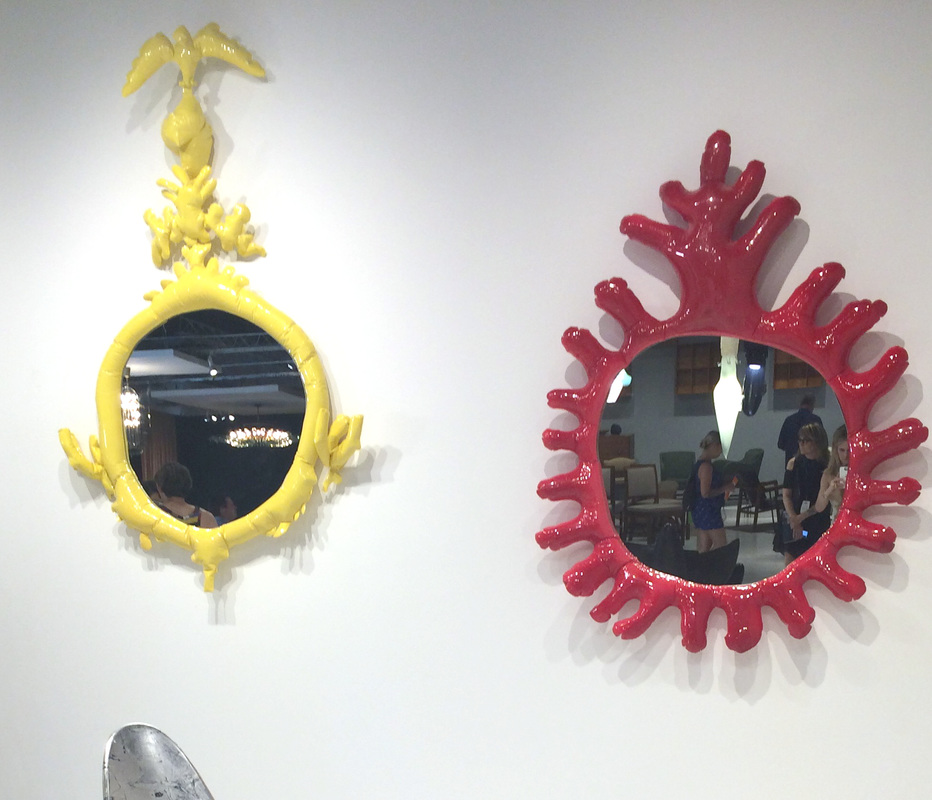 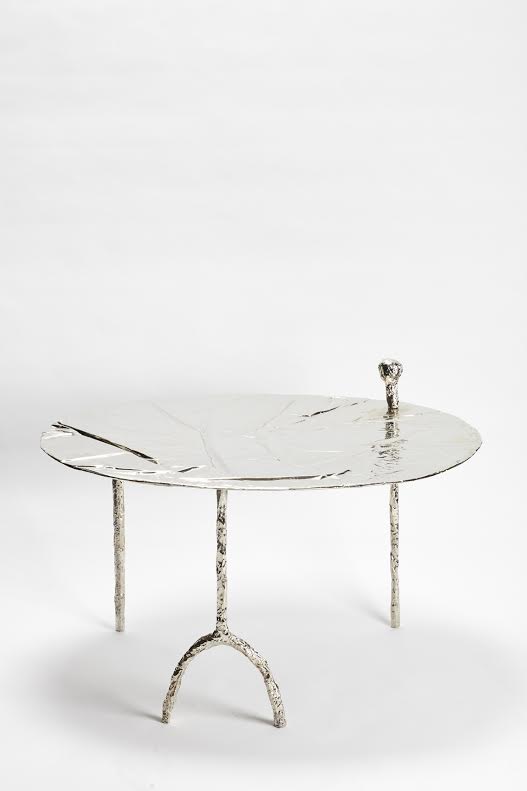