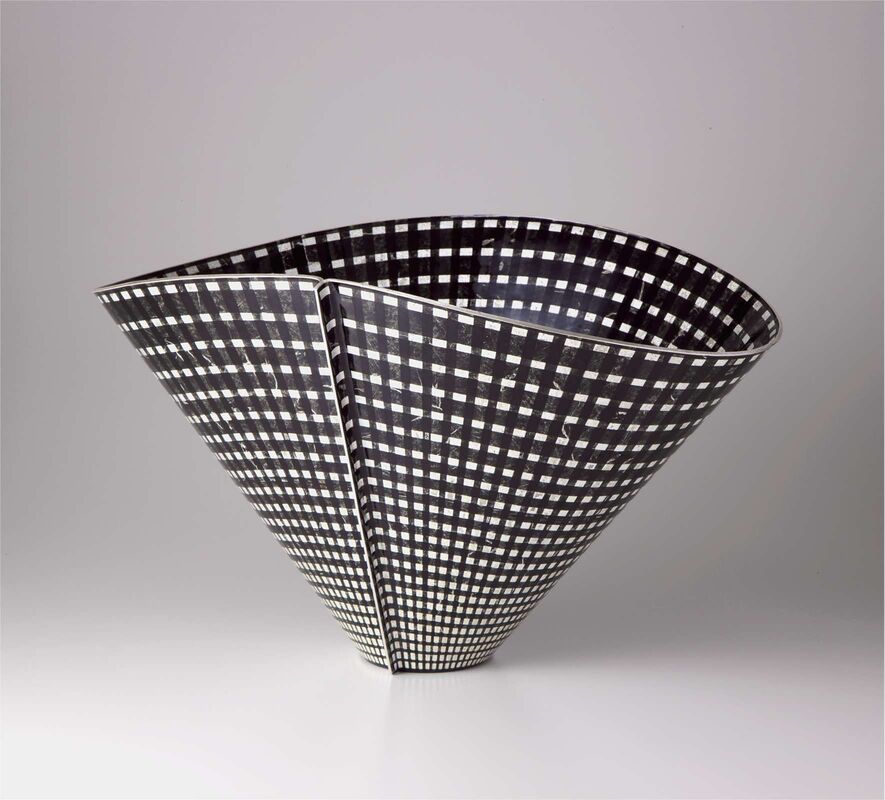 If you enter Yufuku Gallery in Tokyo thinking of conventional boundaries in fine art, design, and craft, then you won’t get it. A “Return to Innocence” is how its dynamic owner Wahei Aoyama describes what he so successfully represents in the small and super chic gallery, located off the elegant Aoyama Avenue. His father started the gallery 26 years ago in the same space, focusing on functional objects created in the best of Japanese crafts. Now, that the world has changed and contemporary art is created using craft materials and technique, young Aoyama has given the gallery a new, 21st-century identity. He has made Yufuku into the ultimate international ambassador of contemporary Japanese art that is based on traditional crafts. He has become visible with participation in such leading fairs as Art Miami; TEFAF Maastricht; and West Bund Art and Design, bringing something unique to the international art market that nobody else does.

The handful of artists represented by Yufuku work in a variety of mediums including bamboo, porcelain, metal, stoneware, clay, glass, enamel; what common to them all, is the way in which they are taking traditional crafts to new horizons, landing them in creating cutting-edge contemporary objects. In their own Japanese way, while creating objects of serenity and peace, these artists devote their entire lives to one medium, perfecting it, but not in its known form, but attaining that medium a new, fresh direction. In fact, their commitment to the art of craft is so substantial, that they have not only achieved ultimate skills, but also have initiated new and personal interpretations.

Kumiko Sunahara, Yufuku’s passionate International Director was hosting me at the Gallery, illuminating on the processes. Ken Mihara’s famed trademark is the soft colors and surfaces he has achieved in clay just by controlling the firing and without using any glazes; Niyoko Ikuta achieves spectacular rhythms by gluing thin laminated sheets of glass; Kanjiro Moriyama throws his pots on the wheels, but then deconstructs them into non-functional sculptures; Sachi Fujikake combines sheets of white glass with blowing, creating objects that look like deformed cushions; and Naoki Takeyama decorates the enameled metal objects with labor intensive geomentrial patterns in silver and gold leaf. This art could not have happened anywhere else. This is contemporary Japanese Art.

Above: Yume no Yume, by Naoki Takeyama, 2014; in enameled Copper and Silver Leaf 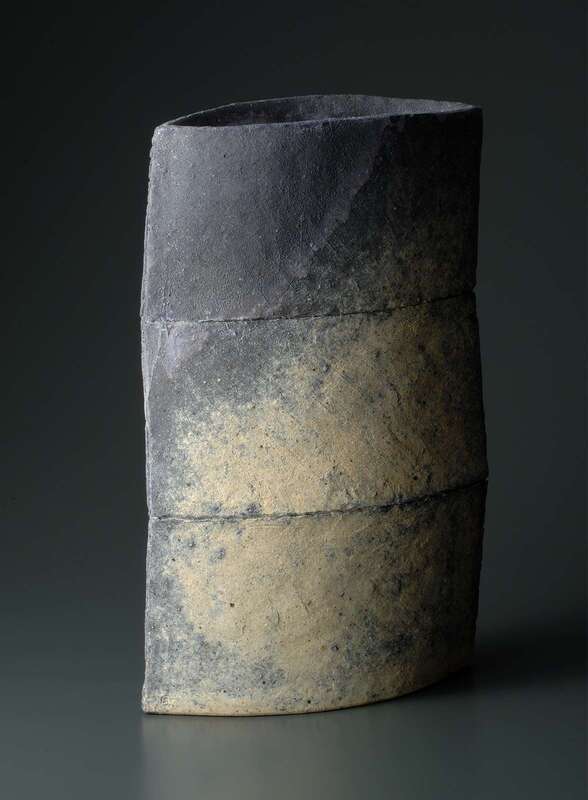 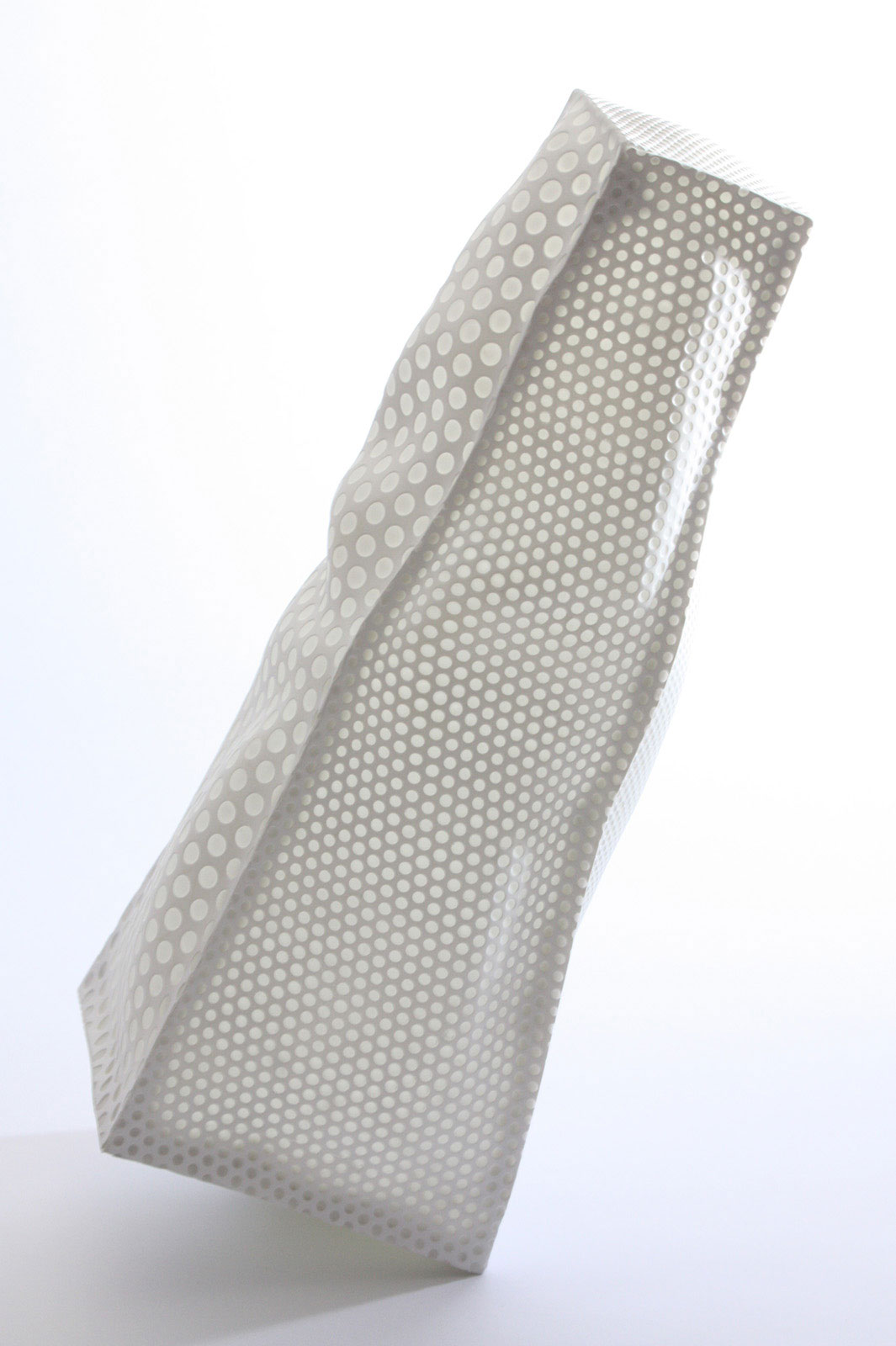 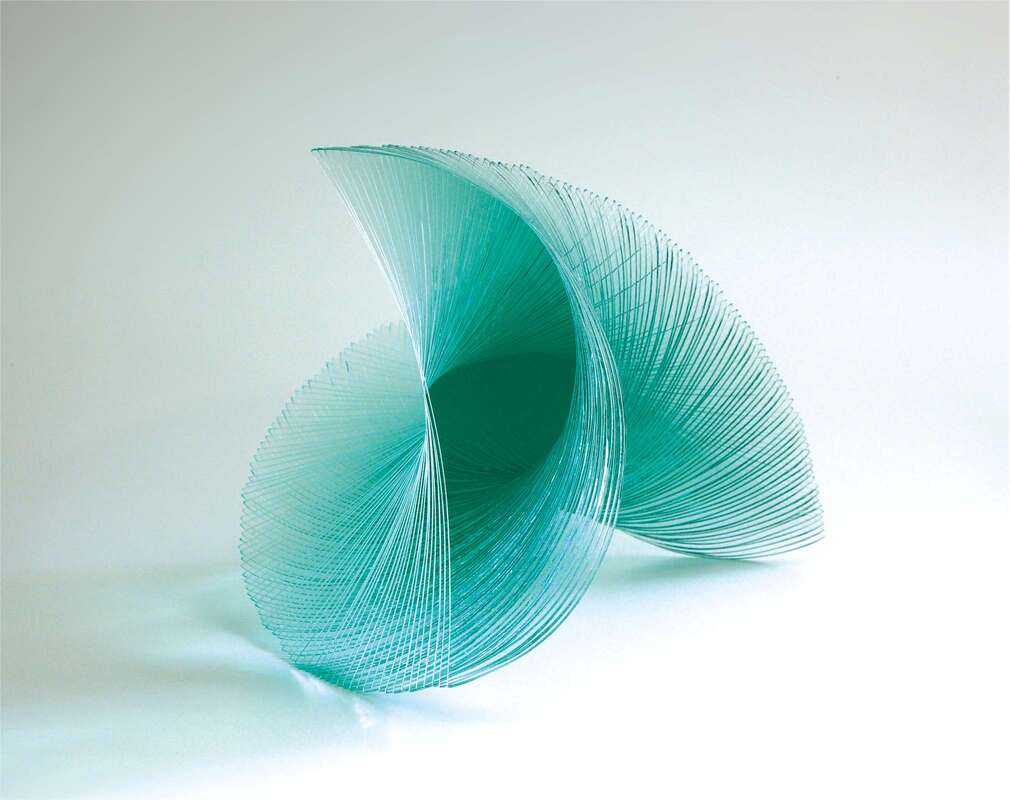 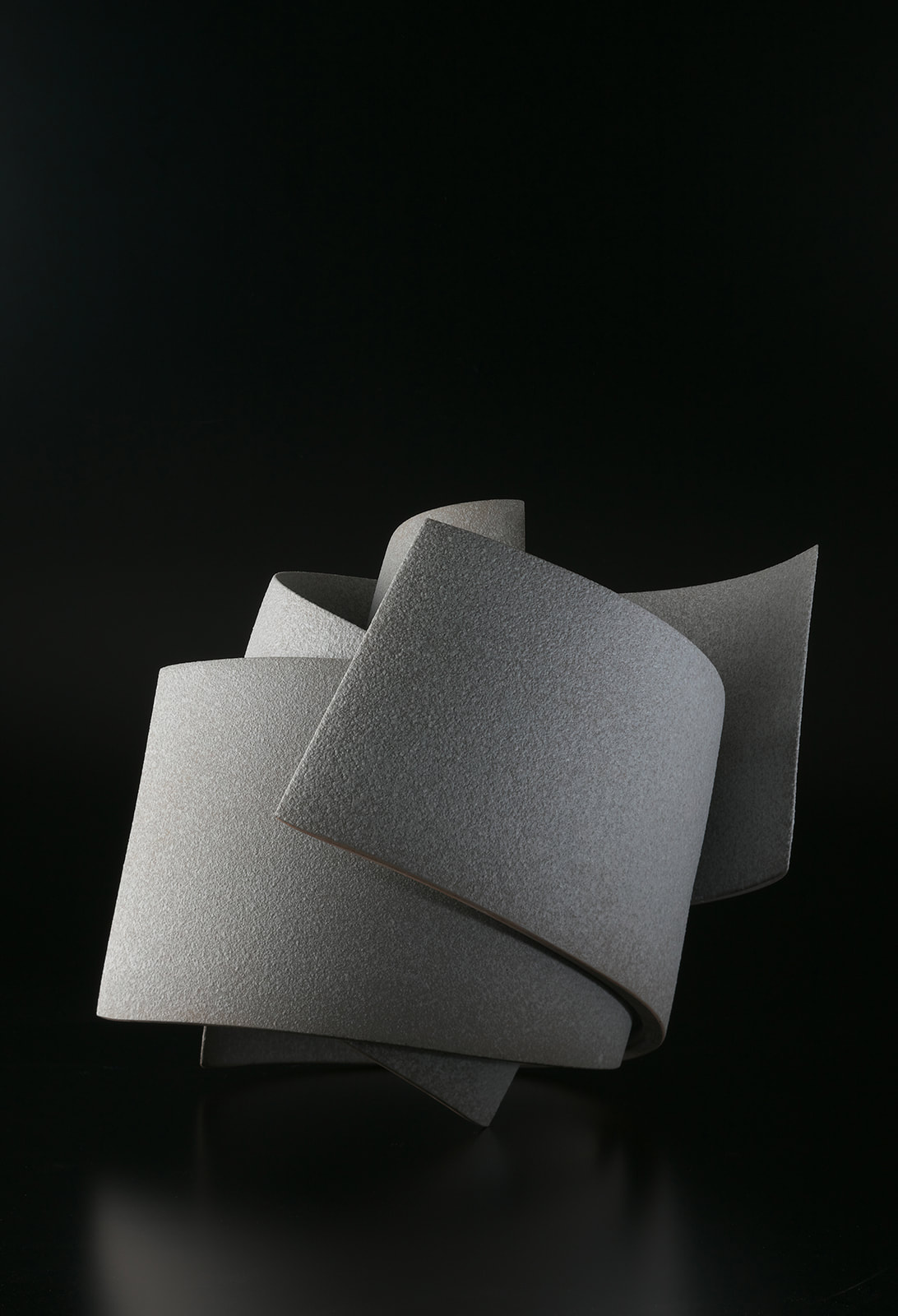