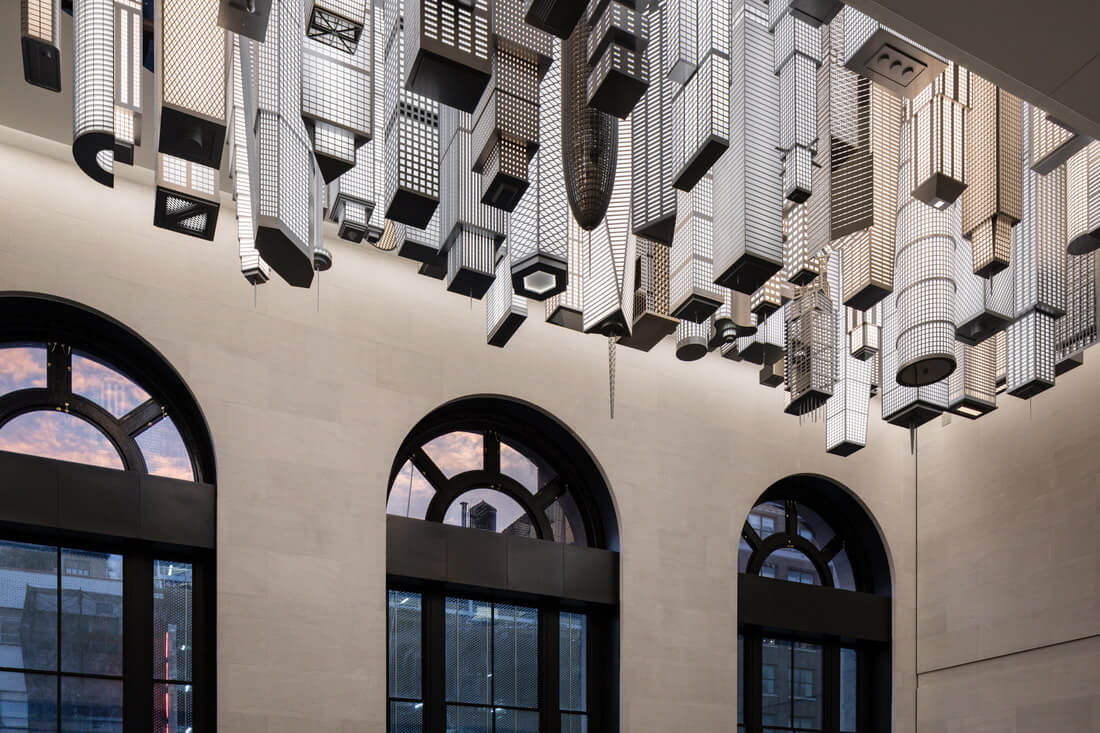 The Moynihan Train Hall—a spectacular gateway—is the best New Year’s gift that New York City could have received from our beloved governor, Andrew M. Cuomo. After a remarkably difficult year; filled with loss, mask protocols, economic crises, and travel bans; this amazing accomplishment symbolizes an optimism and hope for a better future.
​
If you are not a New Yorker, you probably have never heard the name of the US Senator from New York, Daniel Patrick “Pat” Moynihan (1927-2003) who was the first to recognize the importance of this ambitious project. He realized that the historic General Post Office Building could be transformed into a train hall—an extension of the railway platforms of Penn Station—which is located just across the avenue. It was 30 years ago that Senator Moynihan first envisioned this conversion, which, thanks to Gov. Cuomo, was finally launched this week. The project was designed by Skidmore, Owings & Merrill, in alliance with the engineering firm of Schlaich Bergermann.

For those who have not experienced the glory of the historic Penn Station—the spectacular building erected in 1910 and tragically demolished in 1963 (image below)—the new hall brings back that same sense of magical travel. Both Penn Station and the Post Office were completed in the early 20th century, and both were designed by New-York-City premier architectural firm McKim, Mead & White, which came to envision the urbanism of the American Renaissance as enormous temples built in the Beaux-Arts style, suggesting the democratic sensibility of both train travel and mail.

Penn Station’s controversial demolition coincided with the construction of Madison Square Garden, a multi-purpose indoor arena, a mega-structure of the type popular throughout the 1960s and 1970s. Complicated and expensive to build, it was seen as the ultimate urban structure of the future. Yet, it presaged a dark moment in New York’s history; one which came to stimulate the birth of the preservation movement. Now, fifty years later, New York is again recreating the experience of the Old Penn, which it so rightly deserves.

This morning I visited the newly opened Train Hall—an enormous and gorgeous place—brilliantly designed by SOM in the spirit of the 21st century. The choice of the firm could not have been better, as its architects are responsible for some of the world’s most technically and environmentally advanced buildings and significant public spaces. The conversion of the Beaux-Arts temple, with its iconic staircase and Corinthian columns, did not hurt the original glory of the building, and therein lies its excellence. From its main hall, you can walk directly to the tracks of the Penn Station, no longer having to traverse the old building. When walking and marveling at this steel and glass cathedral, I was not thinking of the Grand Central, the stone hall across the city, which conveys a completely different experience; instead, I was thinking of the Victorians who visited the glamourous Crystal Palace—the cast iron and glass structure—built in London to house the Great Exhibition of 1851, the first World’s Fair. They marveled at the technology and the formula of a glass cathedral that seemed to encapsulate modernity.

Just as we thought that Cuomo’s gift had been fully realized, we received a surprise announcement from the governor’s office last night. The High Line will be extended, and a longer pedestrian walkway will be linked directly to Moynihan Train Hall, as the second phase of this enterprise.

I look forward to my next visit to Philadelphia to see my son, to enter the Moynihan main hall and to take the escalator to the beautiful sitting room, designed by the Rockwell Group. I will then take an elegant walk to the tracks of Amtrak. A metamorphosis of architecture; a reimagining of the train travel experience, a memorable moment in New York’s collective memory. 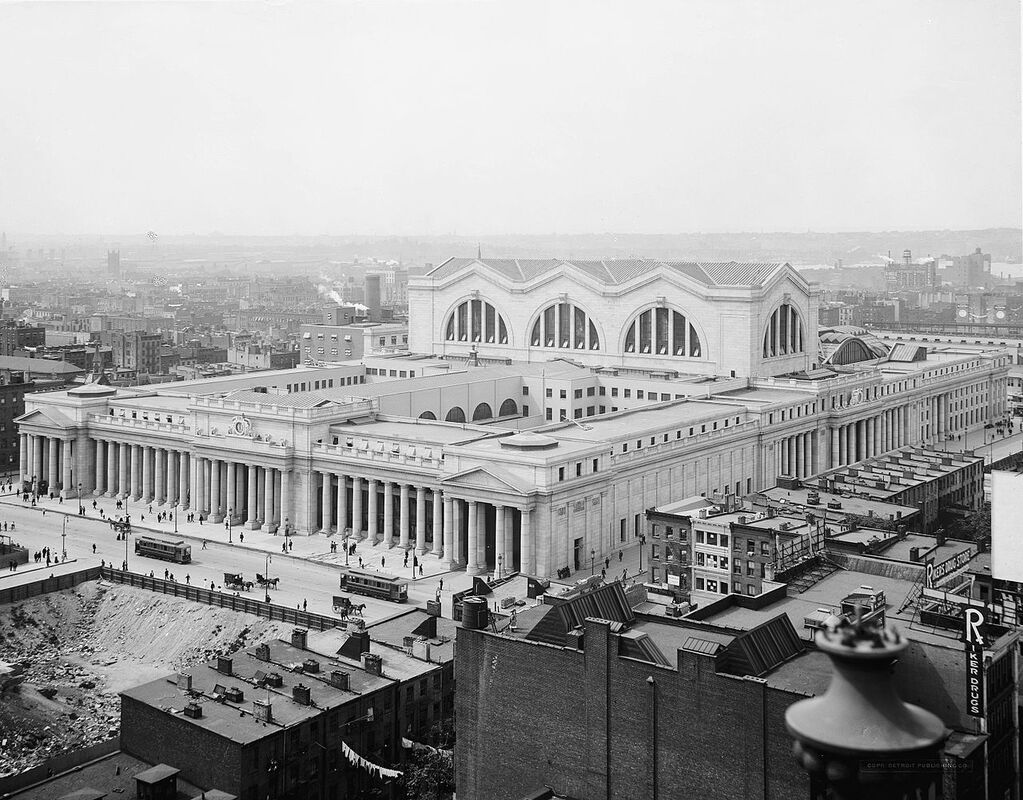 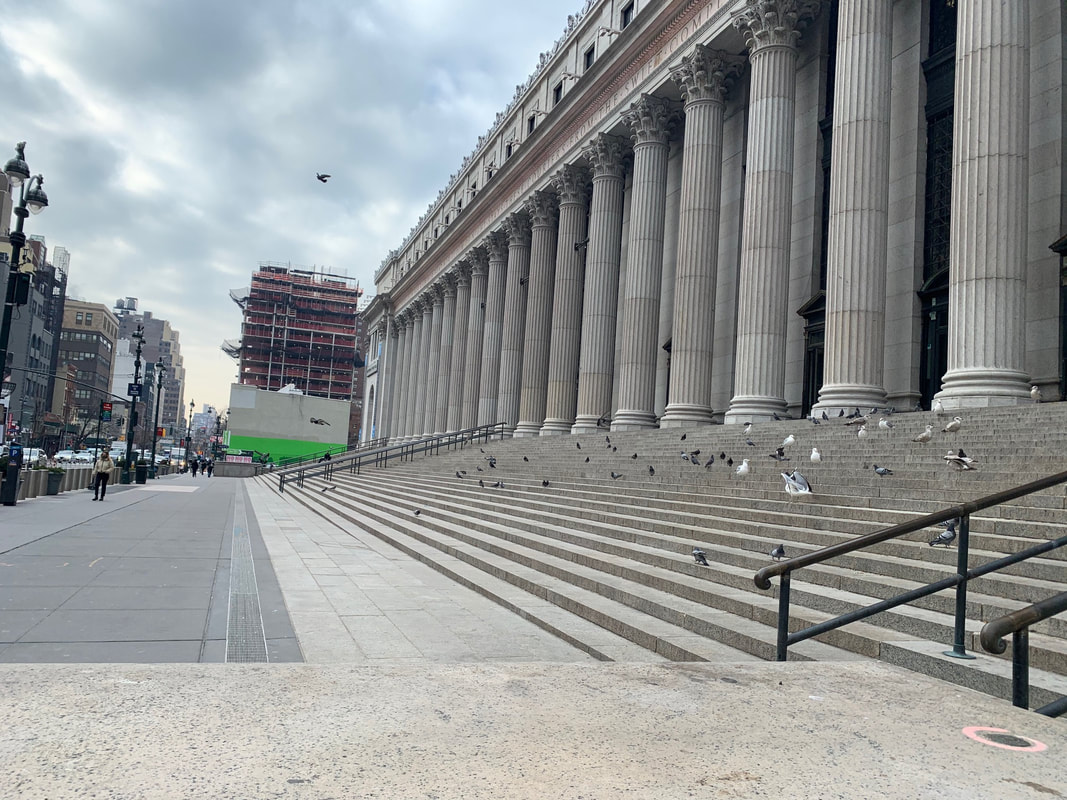 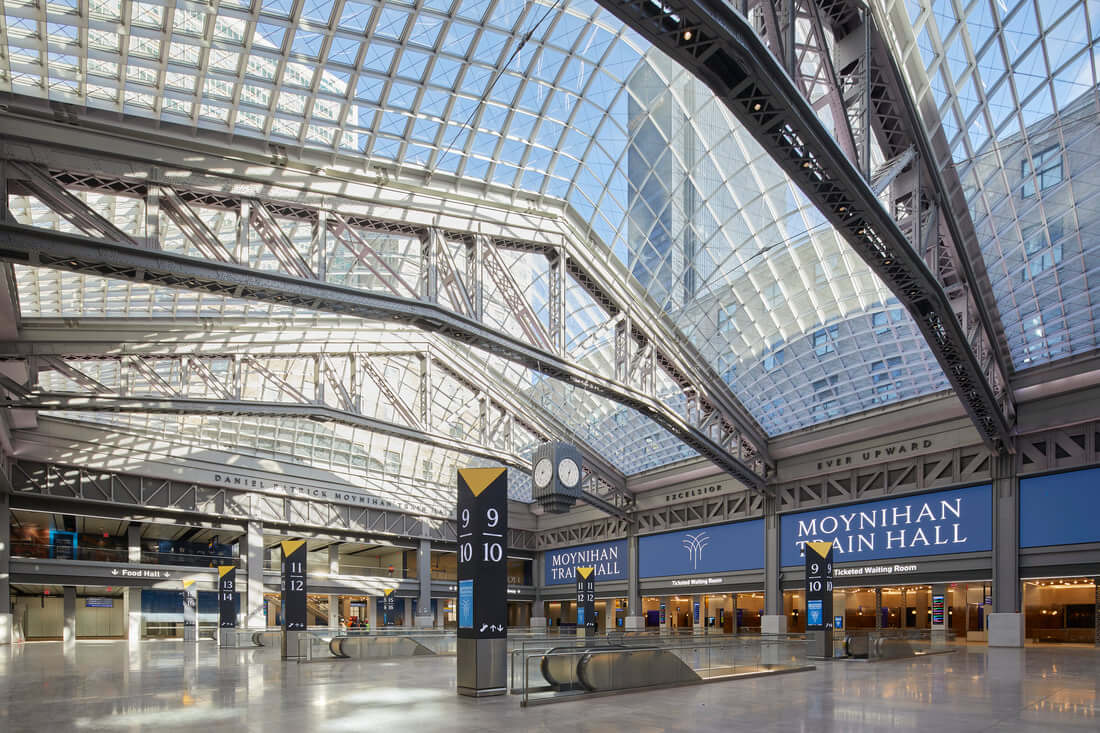 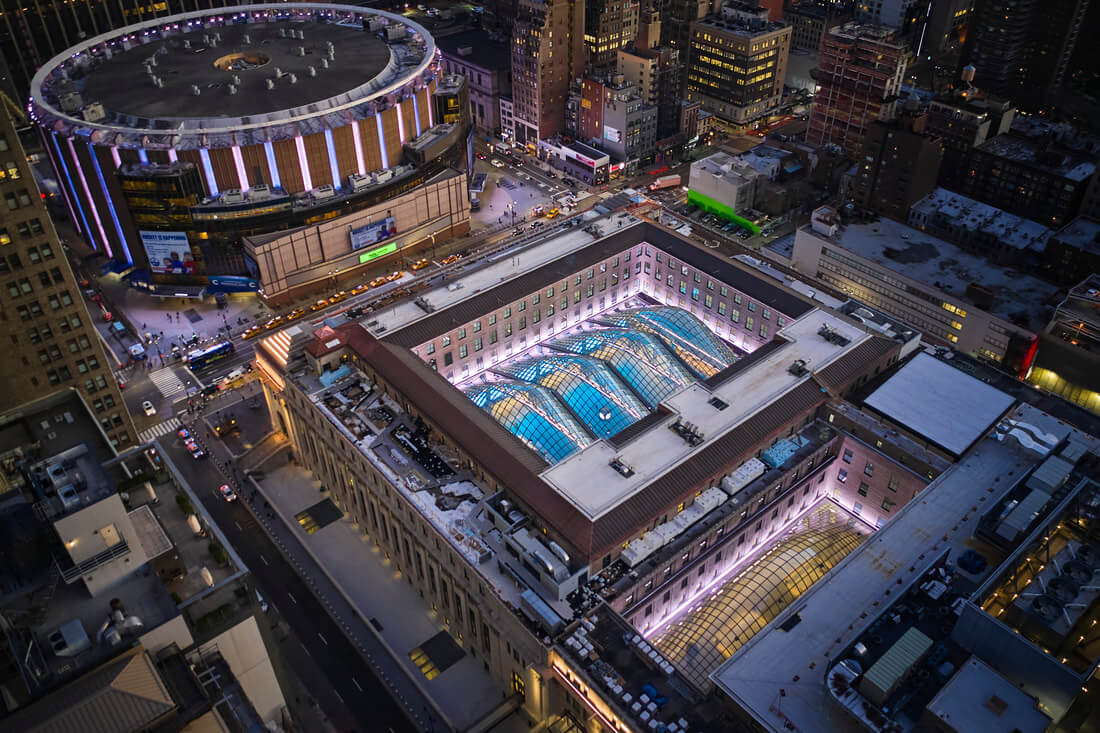 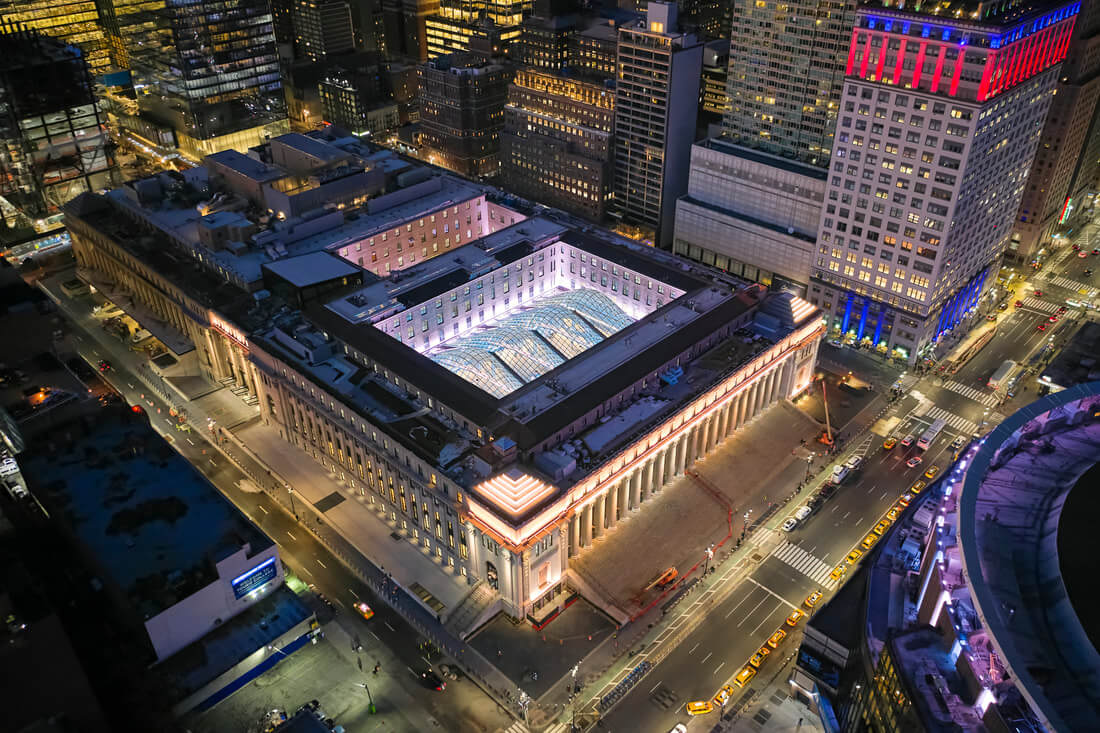 A pedestrian pathway extending from the High Line will bring pedestrians to the foot of the new Moynihan Train Hall. (Governor Cuomo’s Office).