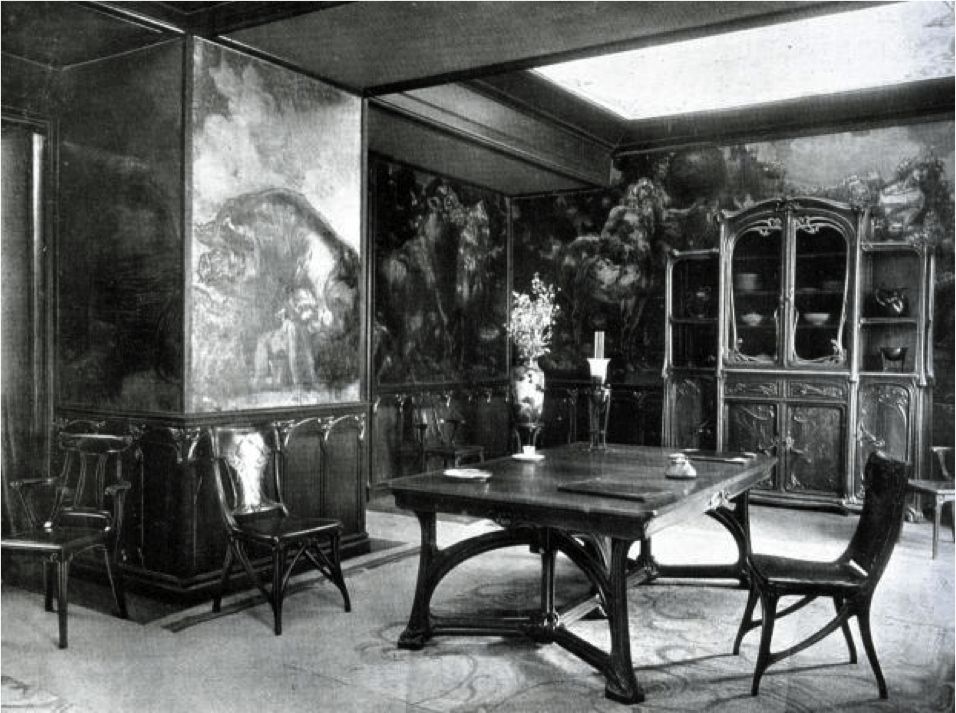 The dining chair by French designer Eugene Guillard (1862-1933), which Robert Zehil Gallery will be presenting at the upcoming Design Miami/Basel, has a long and fascinating history. Guillard was one of a handful young talents working for L’ART NOUVEAU BING, a Parisian gallery who lent its name to the entire movement. Founded by German dealer Siegfried Bing, this gallery came to focus on the modern style, which was imported from England, Germany, Belgium, and the US, the four major centers of avant-garde design during the turn of the 20th century. Bing could never had imagined that his stylish gallery would become the target for criticism, which had eventually lead him to patronize the seeds of French Art Nouveau. As soon as he opened the gallery in 1895, both the public and the critics rejected his artistic ambitions with a great hostility, claiming against the lack of French representation in the much talked about gallery. Bing decided to change the face of the gallery and began a program of commissioning local French artists with work in the modern style, offering French artisans an artistic a center where they could recover French elegance and grace in style. The victory came at the Exposition Unvierselle of 1900, where he presented a pavilion of purely French-made things. The dining room, for which Guillard designed this chair was one of the rooms in that pavilion. Much of it is presently in the collection of  Musée d’Orsay and this gem is offered for sale at the Design Miami/ Basel 2018. 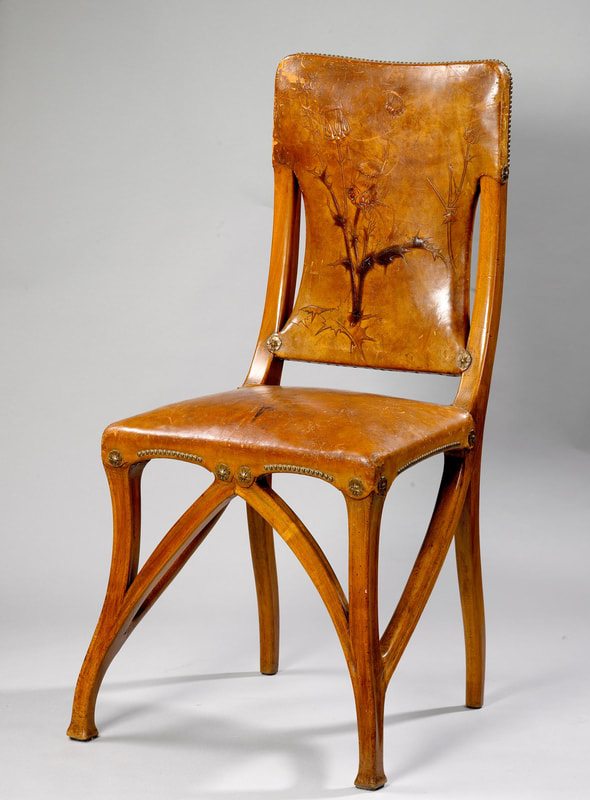 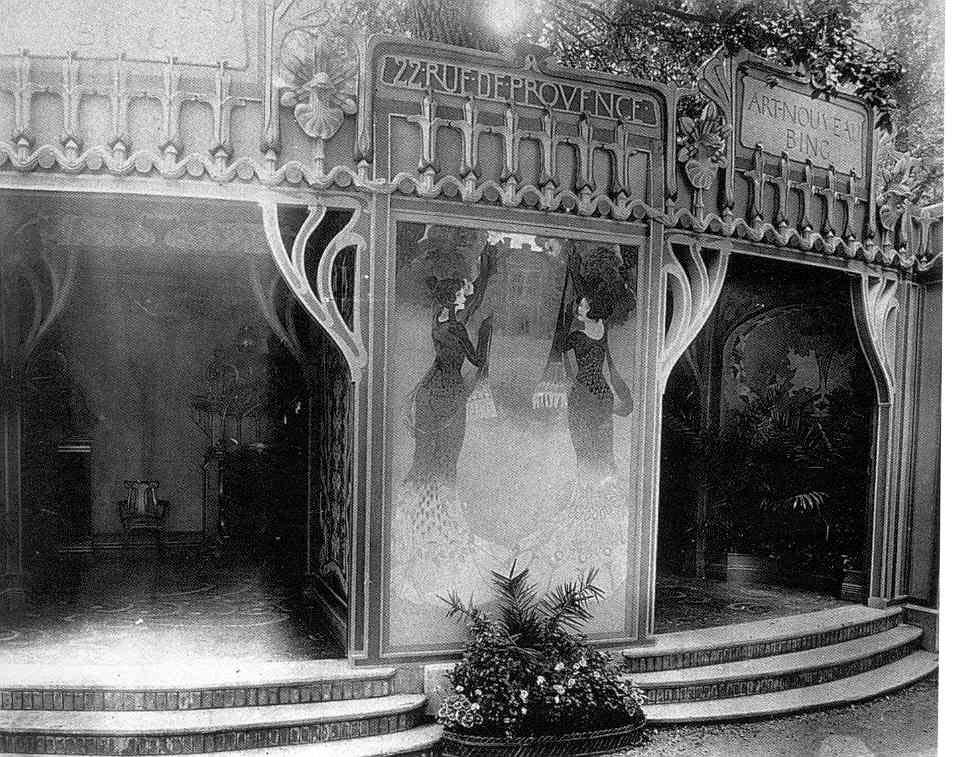