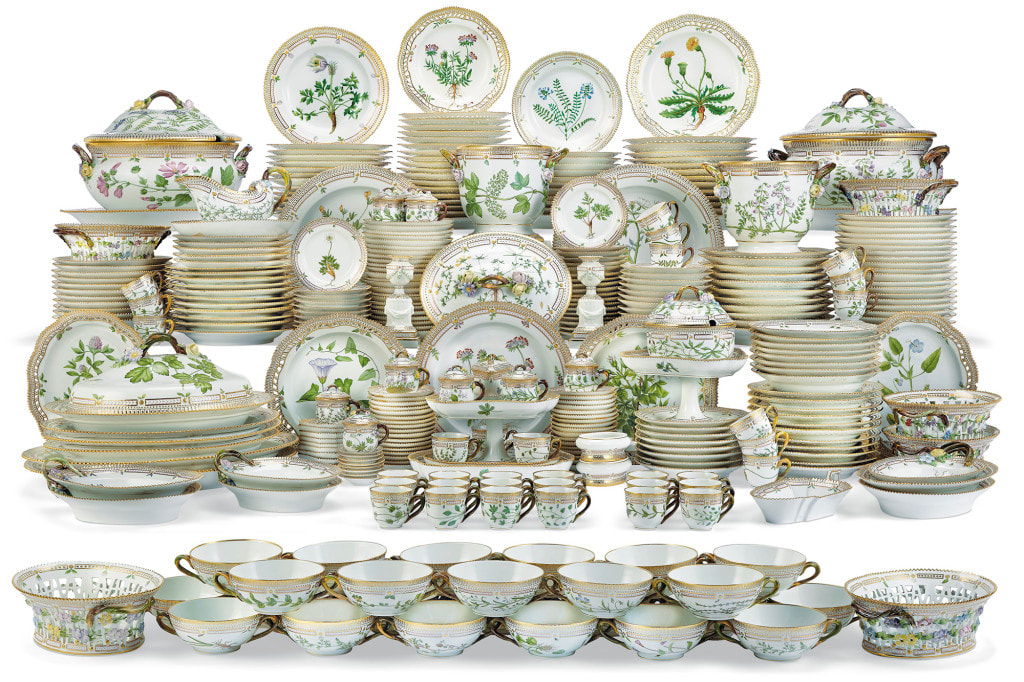 When I had first moved to New York in the mid-1980s, Susan and John Gutfreund were the stars of the local high-society scene, and their lifestyle was constantly featured in NYT’s society pages. It was before social media was born, but their lives, the parties, the fashion, the trips were featured in the same way that influencers expose their lives on Instagram. It was particularly their home, a state-of-the-art duplex, in one of Manhattan’s most desirable Art Deco buildings, 834 Fifth Avenue, which was the talk of town. With its enormous windows overlooking Center Park, and décor by Henri Samuel, the French decorator to the stars, it was described as New York’s most glamour home, old world elegance, the up-to-date taste. This was the 80s.

I have visited the 20-room luxurious apartment in the building by Sicilian-American architect Rosario Candela a couple of times in various parties and receptions. The living room is the most memorable; the super long space was envisioned by architect Thierry Despont, who knocked out walls; the ‘Winter Garden,’ on the first floor, largely inspired by the Winter Garden of Empress Alexandra in St. Petersburg, outfitted with Chinese wall panels, gilt furniture and an elaborately painted ceiling was too much for me to process. Now, after selling her apartment (John passed away at 86 in 2016) for $53 mm, less than half of the original asking price, Gutfreund is putting its contents – 665 lots — for sale at Christie’s in a series of live and online auctions, starting January 14.

He was the Jewish CEO of Salomon Brothers, known as the “King of Wall Street,” and she was a former Pan Am stewardess turned high-society socialite. Their taste was flamboyant, lavish, symbolizing the excess of 1980s taste. They spent millions on the Fifth Avenue apartment, yet, now, Christie’s has placed high estimate of $7.4 million on the entire collection, nearly the price of the Carlo Mollino’s dining table, recently sold by Sotheby’s, a masterpiece of 20th-century design. Change of taste.

When the Gutfreud’s commissioned Henri Samuel to create the opulence interior, his reputation was at its peak. His signature style, interiors that looked as if they belong to another era, filled with French flavor, antiques mixed with contemporary pieces was influential all over the world, and Samuel was hailed as a legend. He created rich interiors crafted by artisans, and filled with colors, textures. Having worked in restoring the Palace of Versailles, he had made his name as the master of the historical décor and famously decorated the homes of Givenchy, the Rothchilds, Valentino, the Wrightsmans, and Sisley founders Hubert and Isabelle d’Ornan. But Samuel’s maximalist extravagance, his couture interiors have passed from the world.

The apartment was decorated in the 1980s, but looking at the taste, it seems like a different century. When Samuel purchased antiques and objet d’art for the Geutfreunds, the furniture of Carlo Mollino did not even make it to the marketplace. In fact, Mollino like all of his contemporaries had remained in obscurity and the market for 20th century design was yet to be born. Now, the entire collection is valued at less than one great table by Mollino. Today, when the taste has turned to modern and contemporary, when interiors tend to be less formal, less crowded, the Gutfreund’s things are outdated.

What I find interesting is the collection of 106 pieces of Chanel jewelry in the part of the sale entitled ‘Susan and Karl: Important Chanel Fashion Jewelry.‘ Created for one-time haute-couture runway shows, and gifted by the family’s close friend couturier Karl Lagerfeld, some of the pieces are truly special. I also love the extensive Royal Copenhagen porcelain dinnerware, expected to be the most expensive lot in the auction (above). But the lesson we can learn from this sale is that taste changes and that the notion of ‘timeless’ is super limited. 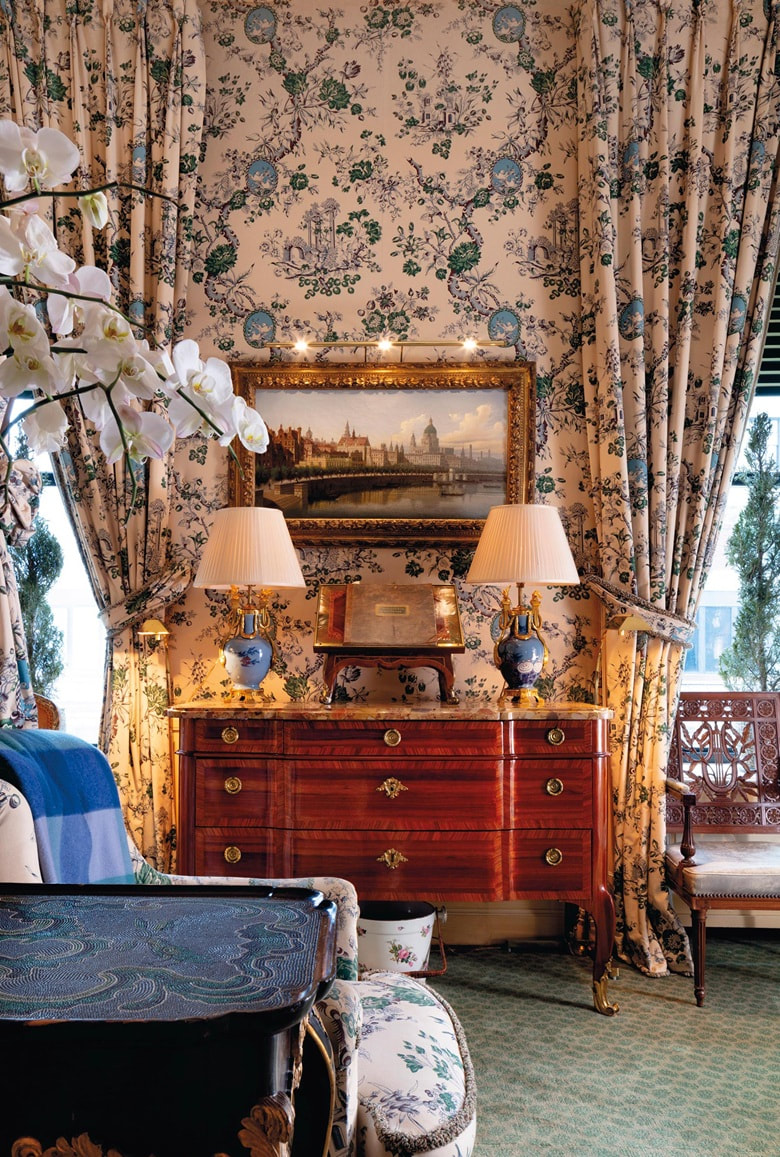 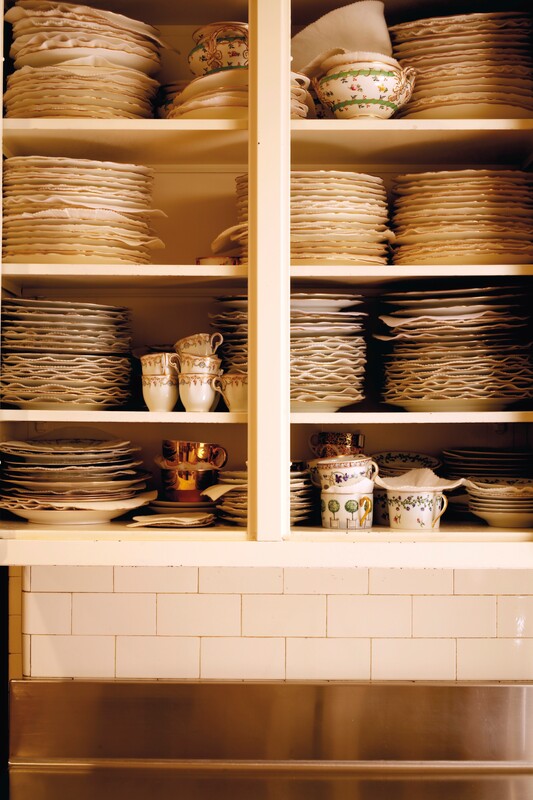 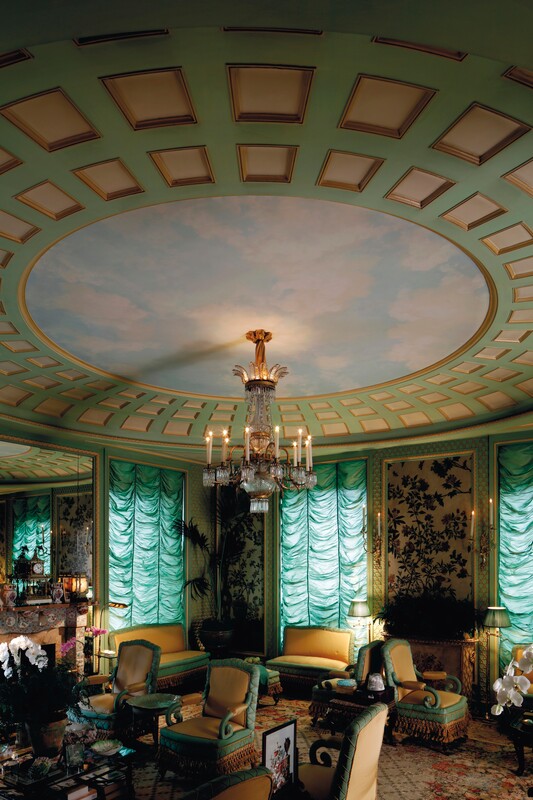 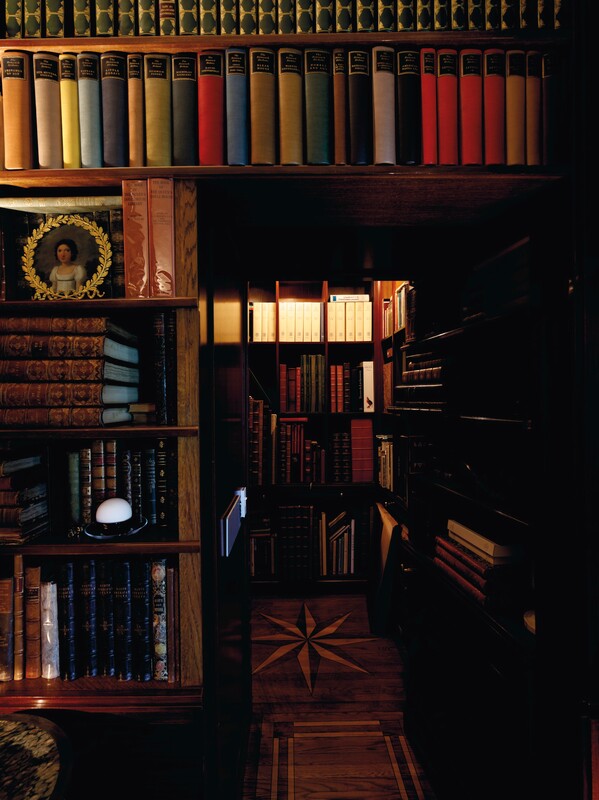