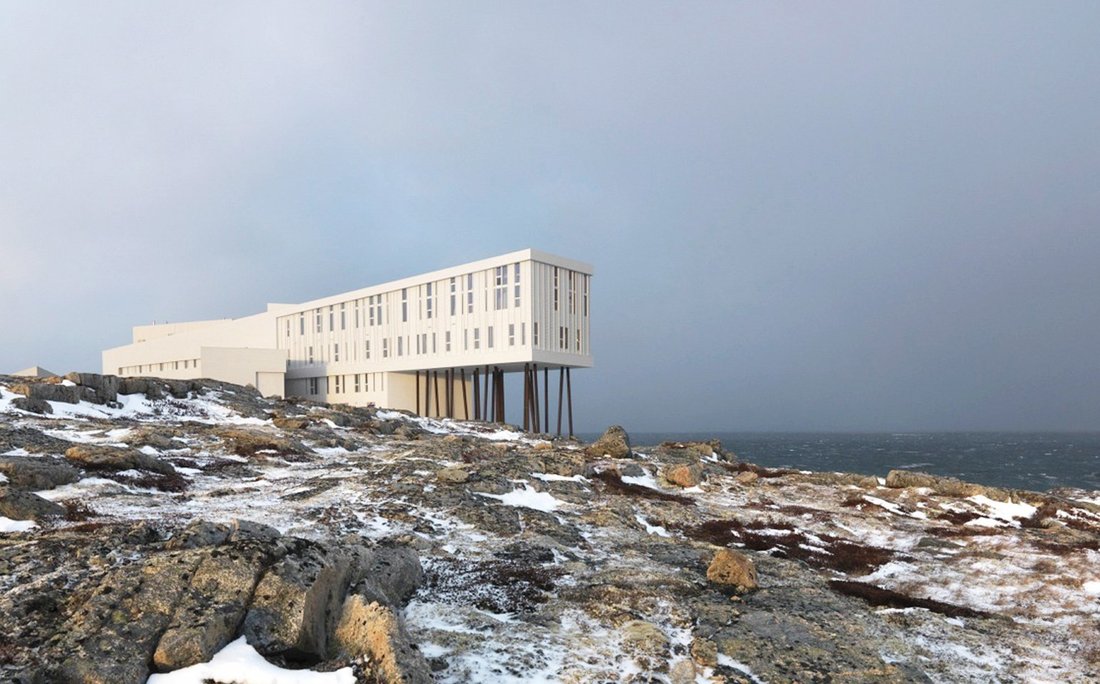 When you watch the documentary Strange and Familiar: Architecture on Fogo Island (directed by Katherine Knight and Marcia Connolly), you start thinking differently about modernism as you get to witness the long way it has gone since the early International Style, as it was seminally called, to the 21st century when modernist architecture has become local, integrated, indigenous, and full of poetic contents. On Fogo Island, situated on the north coast of Newfoundland, Canada, architect Todd Saunders has created socially ambitious project, residency-based contemporary art venue for artists, filmmakers, writers, musicians, curators, designers, and thinkers from around the world. It is composed of modernist buildings, studios and an inn, all of which come to integrate architecture into nature and to provide a new, spiritual experience for creative minds while living in this magical, imposing landscape on the remote island of population of 2,700. In addition to the remote studios, Saunders built the Fogo Island Inn, a 29-room hotel and gallery (above and below), which like all other buildings, stands on the line between the Strange and the Familiar. All photos © Bent René Synnevåg 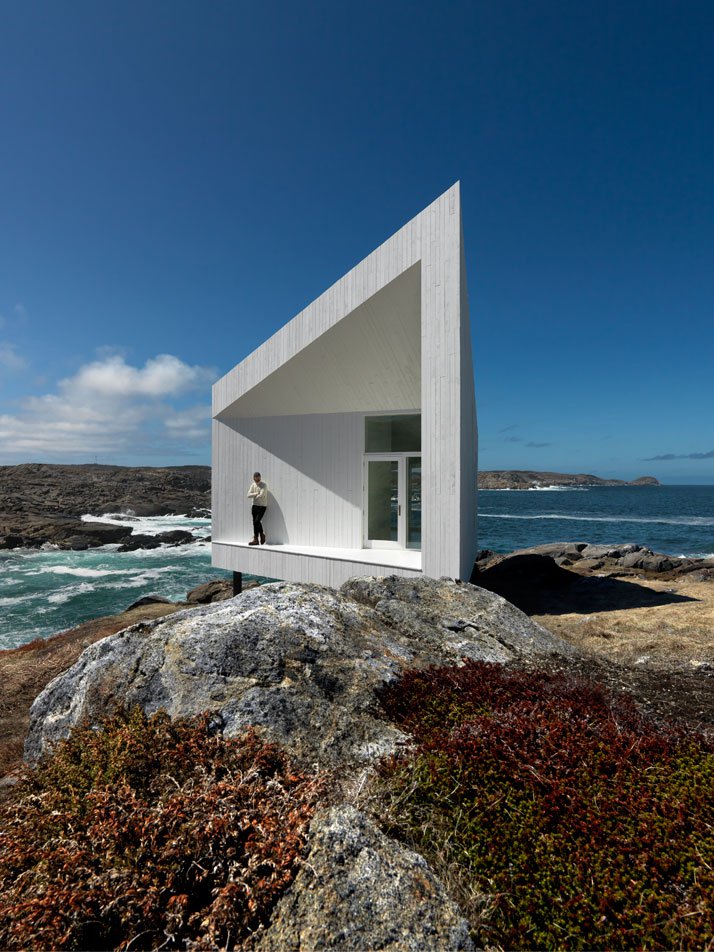 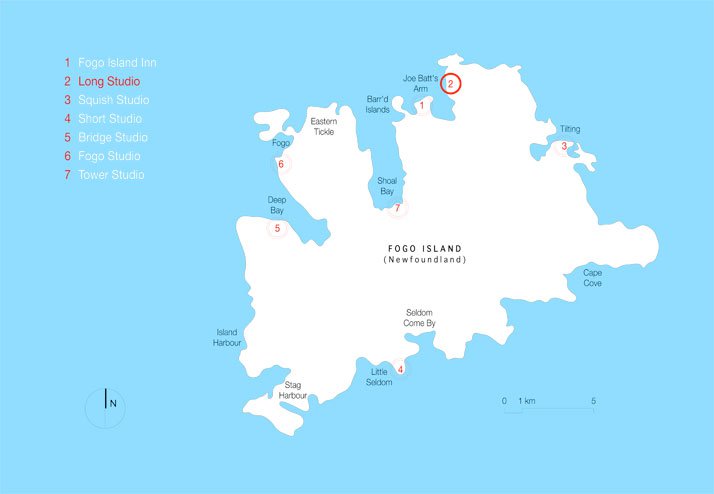 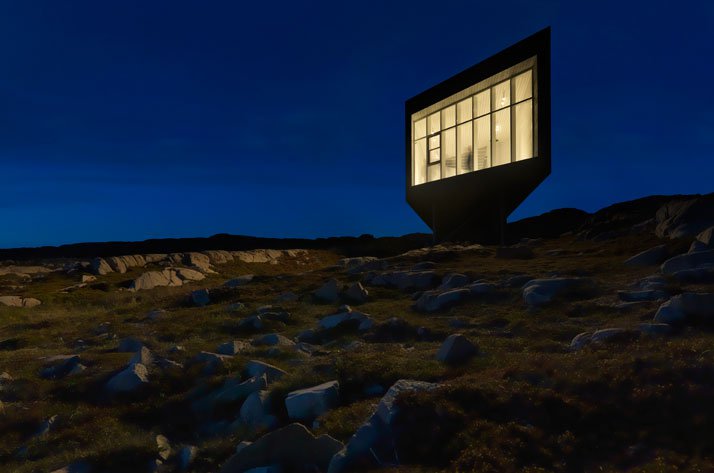 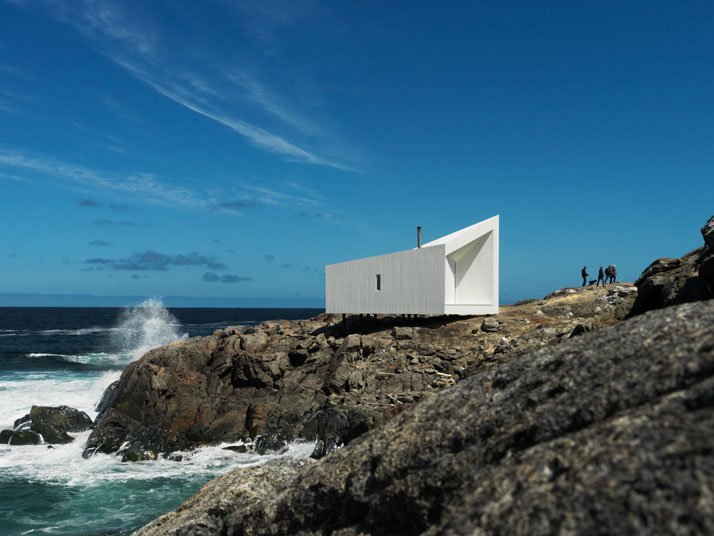 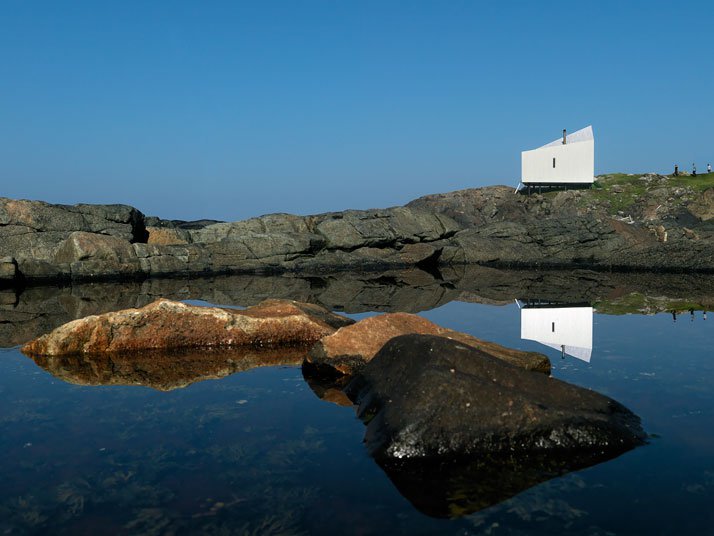 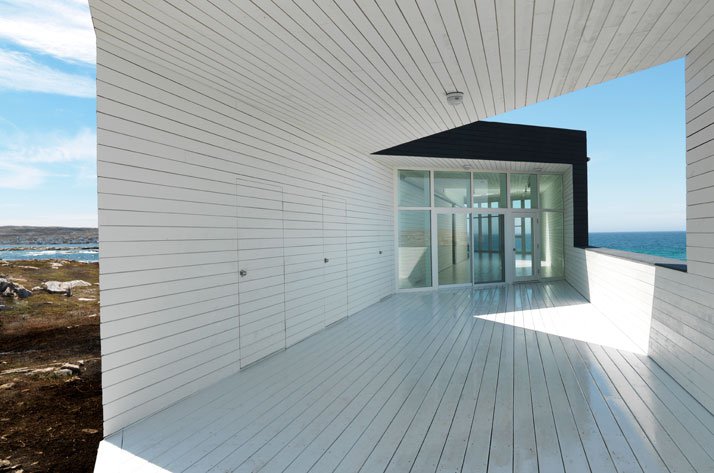 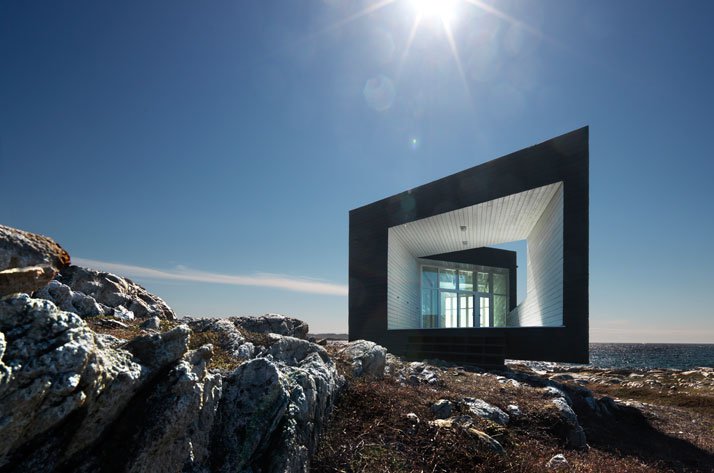 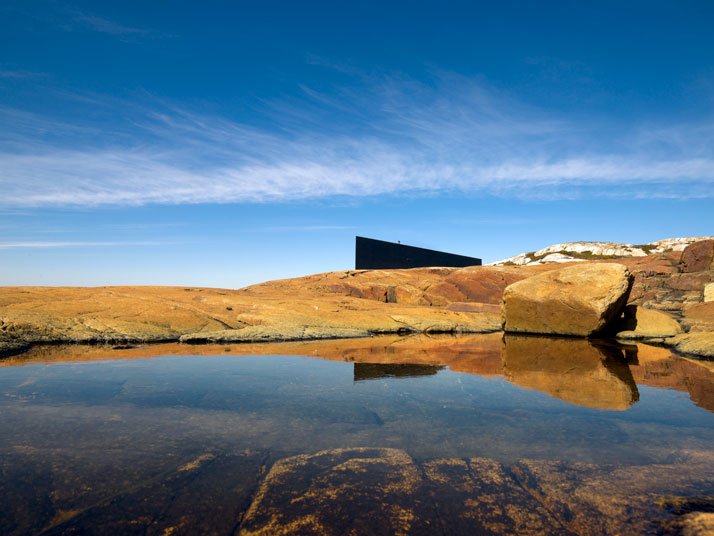 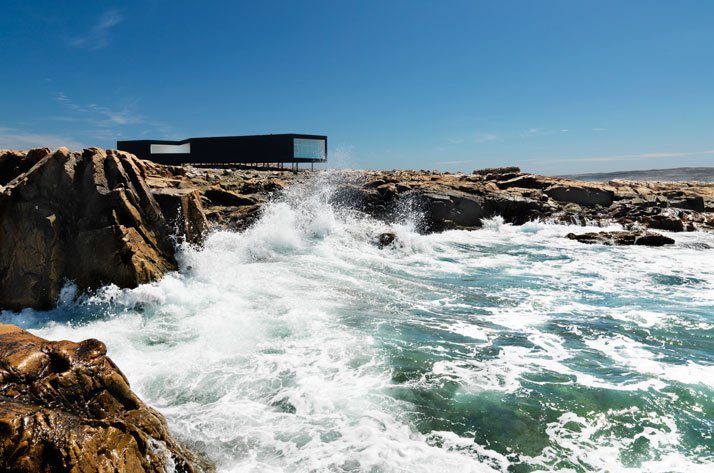 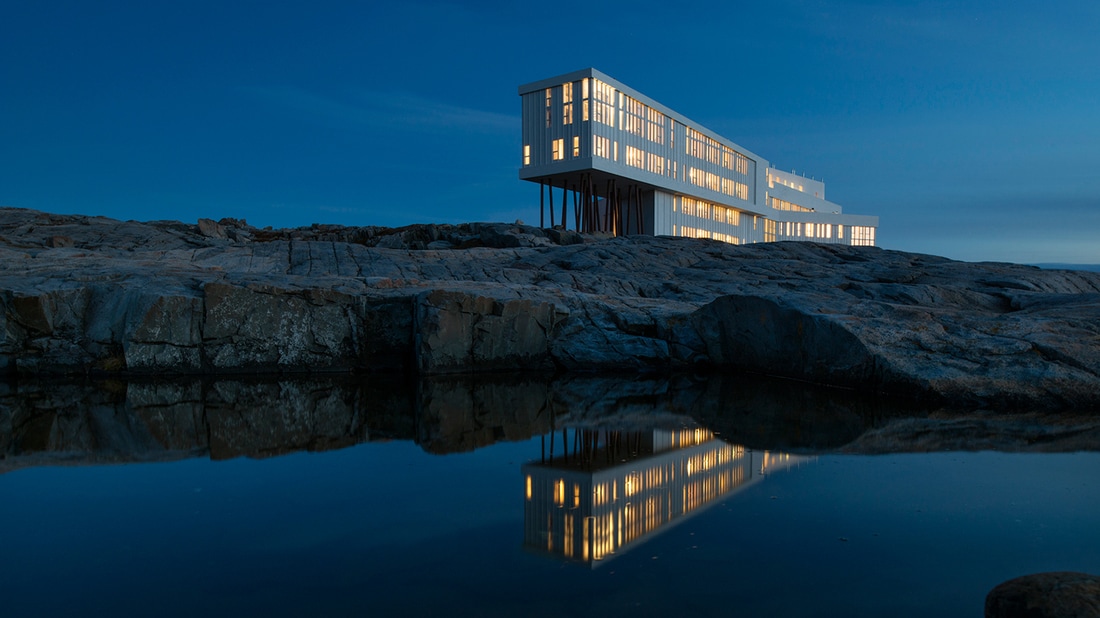 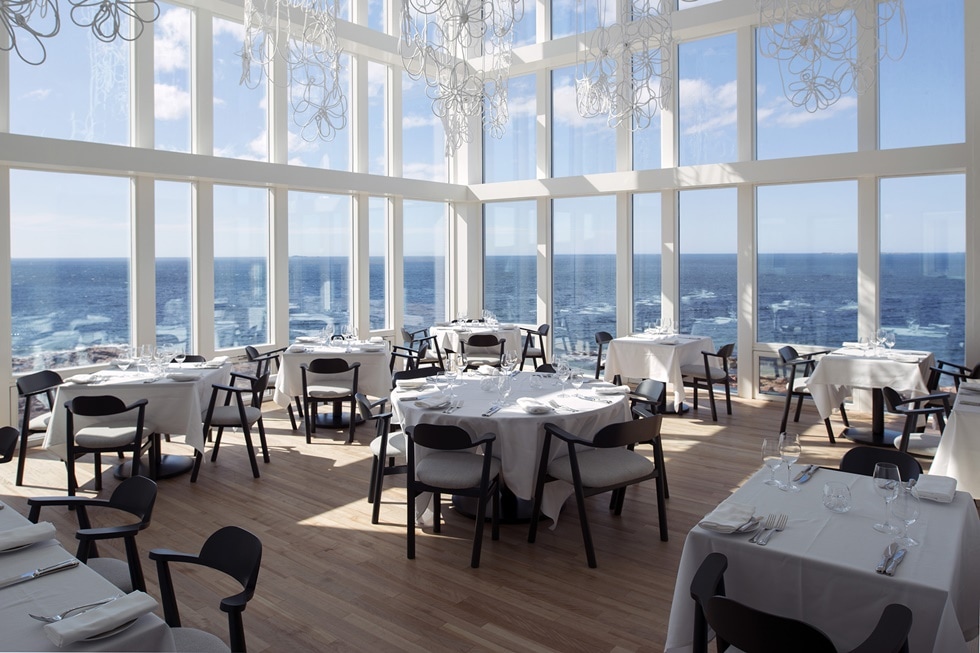