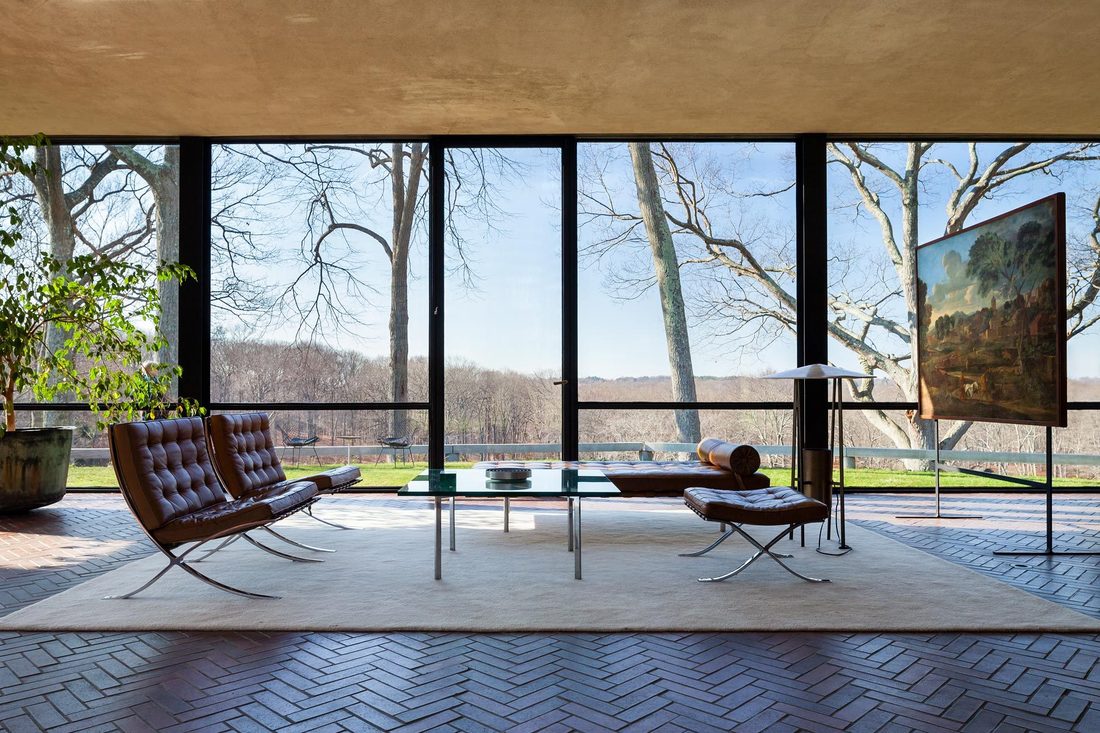 Let’s remember architecture legend Philip Johnson who would be 111 today. He is remembered for his role as the co-curator of the Museum of Modern Art’s seminal show of 1932, which coined the term the International Style, for his critic and wit, for advancing the careers of some major architects, for his art collection, and as a donor to museums, more than as an innovative architect. And in the postwar years, when Johnson wanted the public to forget about his enthusiasm for Hitler, he simply designed a synagogue free of charge. He became an admirer of Mies van der Rohe when working on the exhibition in the early 30s, brought him to the US, gave him his first US commission, which was the interior of own apartment, and ultimately, helped him to emigrate to this country. But his most celebrated building, the super photogenic Glass House (1949-50) in New Canaan Connecticut, his weekend retreat, was modeled after Mies’ Farnsworth House, which he designed in 1945, but could not complete until 1951; his postmodernist skyscrapers, which came to revolt against the modernist formula are considered trophies of Reagan years; and much of his commissions were received due to his extensive connections. But Philip Johnson will always be remembered as the ‘Dean of American Architecture,’ as we cannot think of American architecture without him. 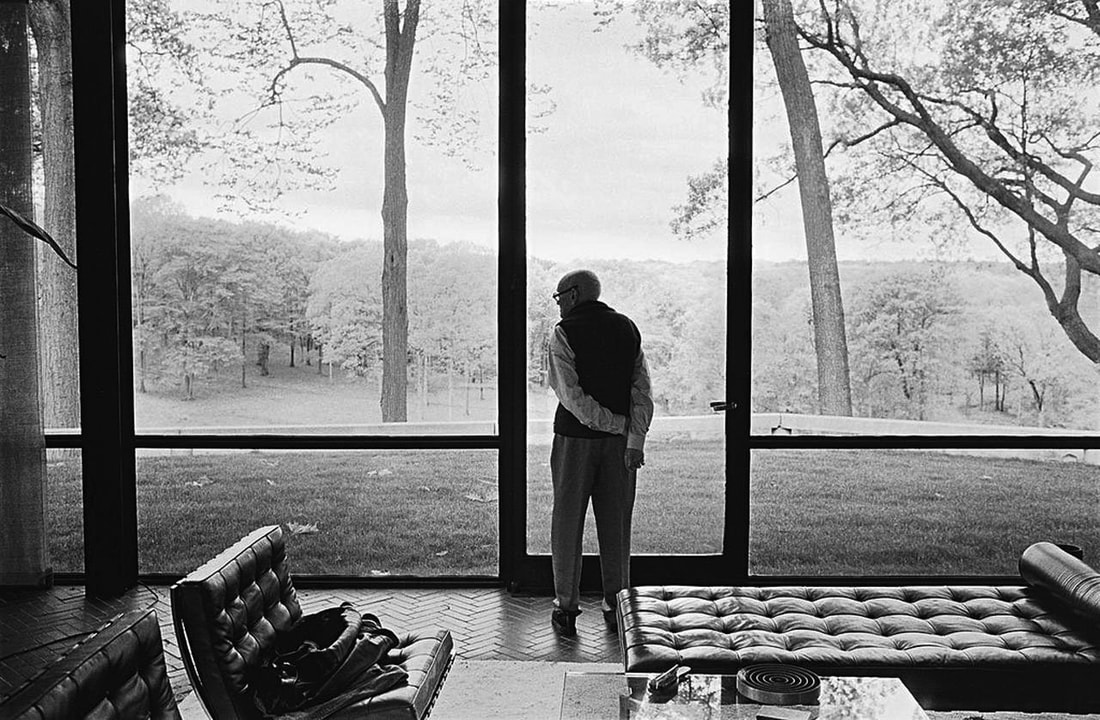 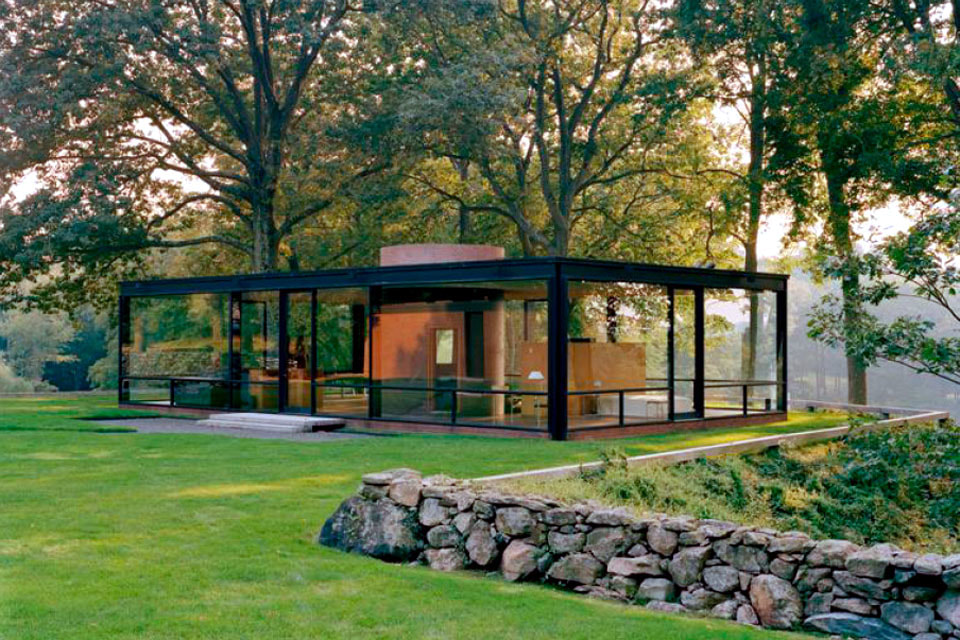 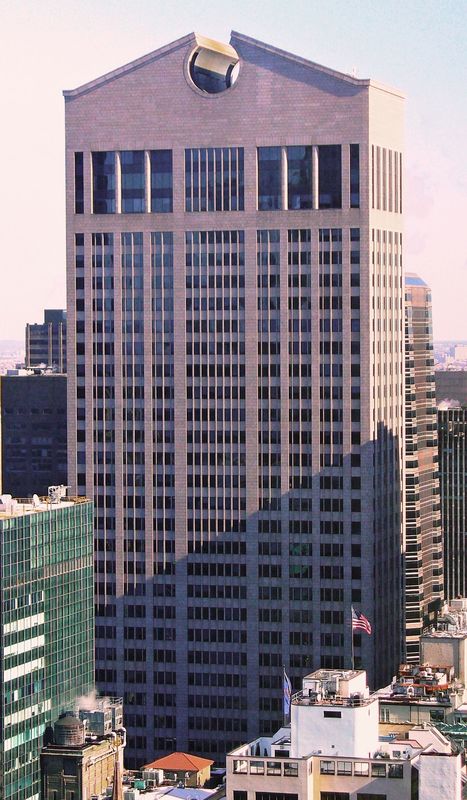 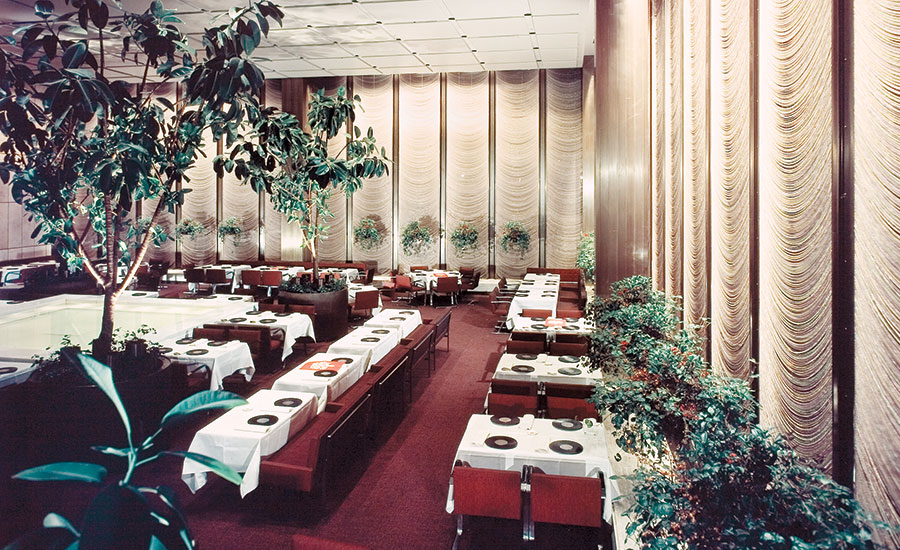 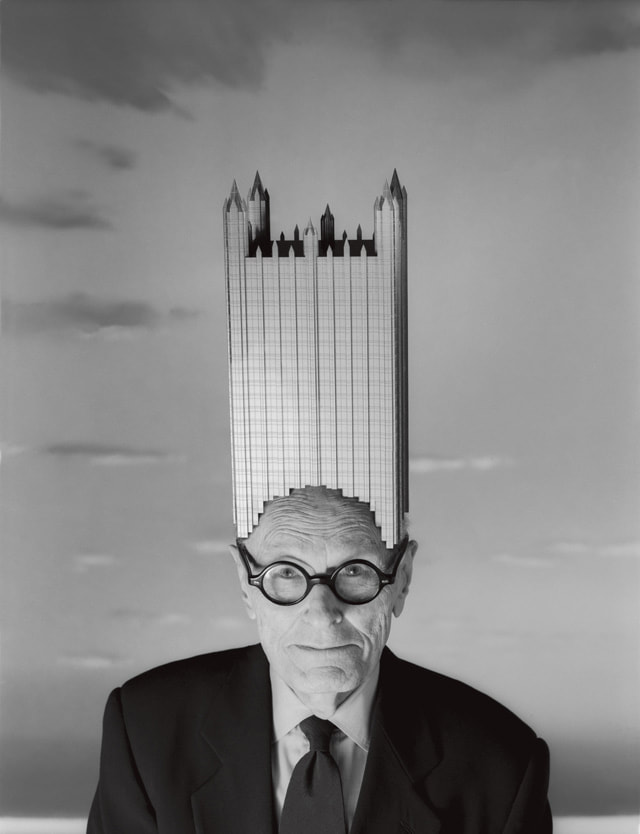 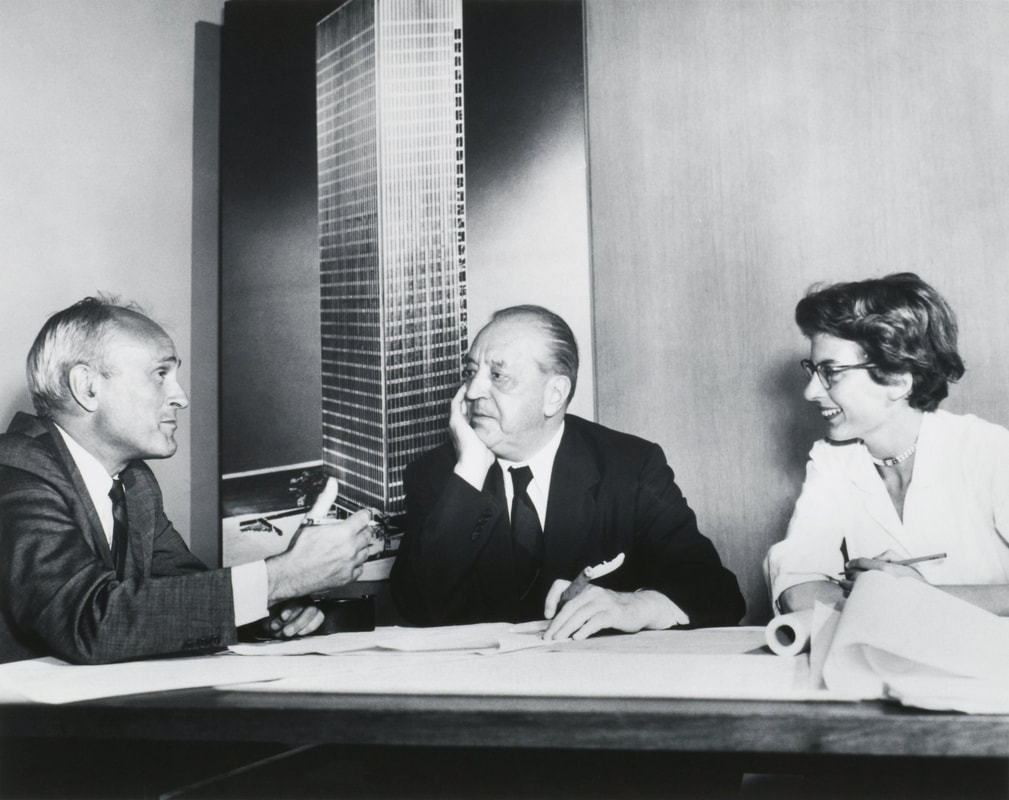 Ludwig Mies van der Rohe, and Phyllis Lambert in front of an image of the model for the Seagram building, New York, 1955.