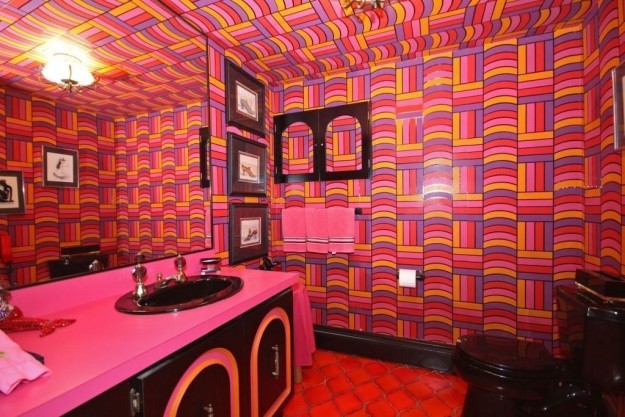 ​For design historians interested to study and analyze the modern interior, documentation or, I should say a lack of documentation, is often the central issue with which those studying this territory have struggled. Interiors are ephemeral, short-lived, and quickly changed with transformations of vogue and taste. While interiors have been shaped by the culture and historical moments that produce them, they vanish, leaving those studying them with photographs and oral history as the key tools for scholarship. When interiors are created by amateurs, who are moved by construction of identities determined by gender, class, race, sexuality and nationhood, they are particularly hard to study. Thus, when a five-bedroom home in Framingham, Mass. has hit the market, containing preserved décor of the disco age, it is ought to be considered a treasure. The original owner built the house and customized it its typical in the early ’70s, and while the current owners purchased the house in the 90s, they chose not to change its interiors. Today, it stands as a testimony to the past, to time when bathrooms looked like disco nightclubs, when shades of pink, purple, red, and yellow, ruled the taste, when synthetic materials came to capture the disco era, when kitchens were dressed in lime-green and yellows, and when all accessories, including furniture, window treatments, and tableware were dressed in the color schemes. The Brady Bunch, but more stylish. 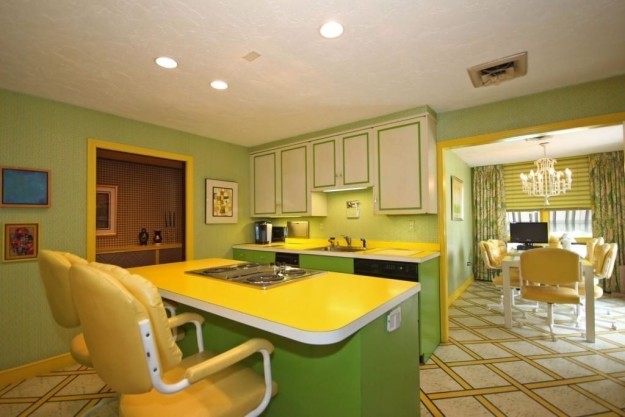 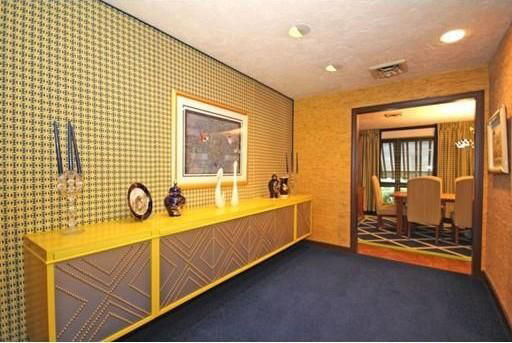 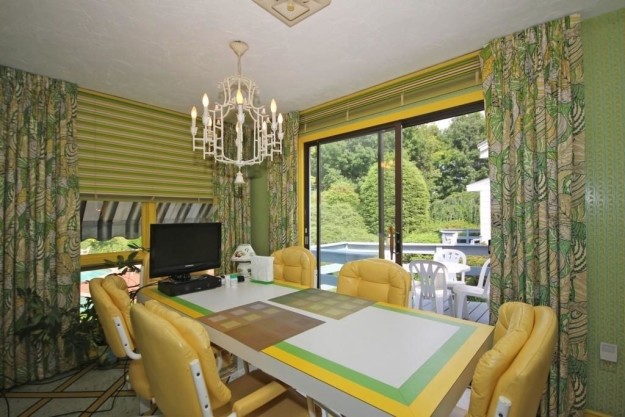 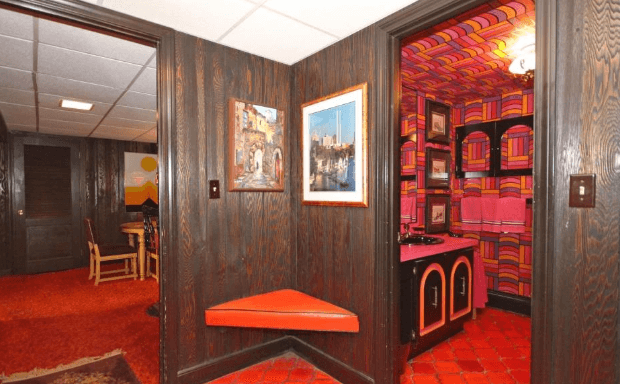 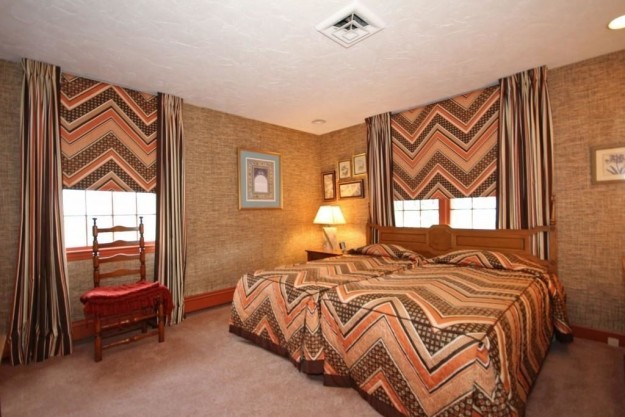 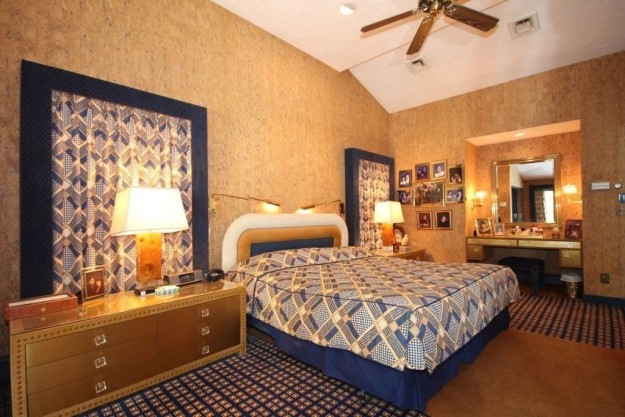