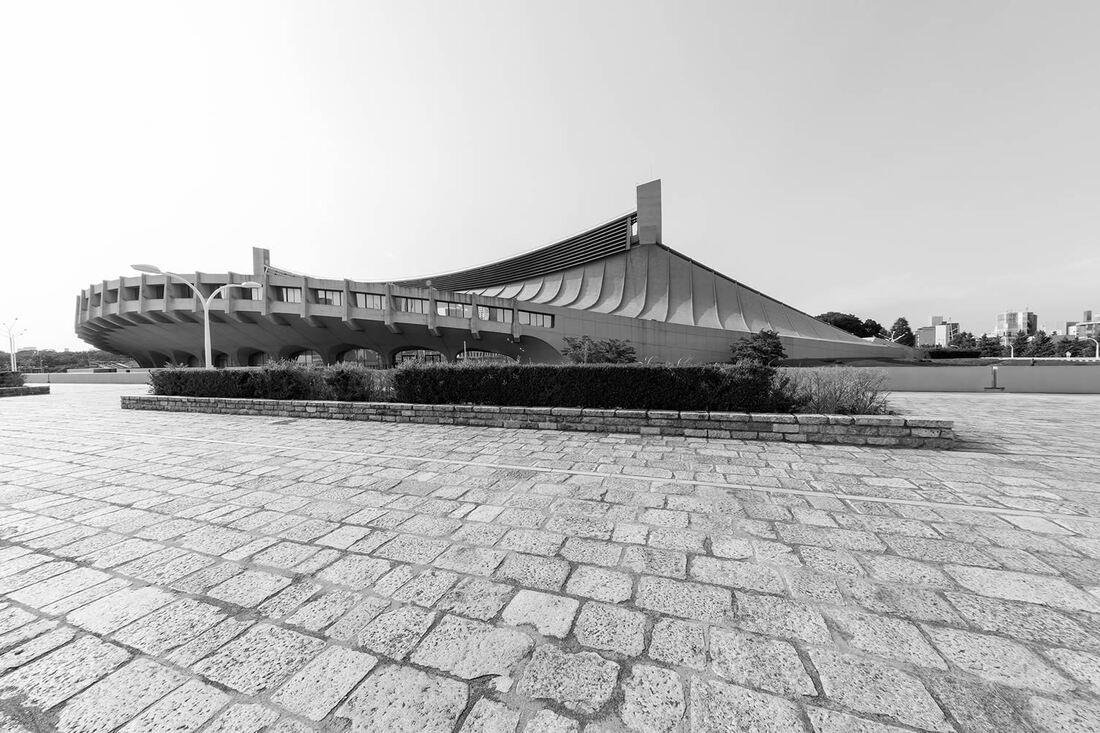 Tokyo, like New York, Paris, London, and Berlin, is a complex metropolis, filled with architectural masterpieces—unique, innovative buildings, both historical and contemporary. Tokyo is a wonderland of architecture, and for this reason, it has long been one of my favorite cities—a visionary metropolis of both fantasy and reality.  For the architecture enthusiast (or for any foreigner visiting this amazing city), endless visits are required to fully experience and understand the quintessence of its fabric; and there are no shortcuts.

In his new book, My Life as an Architect in Tokyo, published by Thames & Hudson, Kengo Kuma has succeeded in encapsulating the city’s history up to the present day, helping us fully appreciate Tokyo’s architecture through a memorable and in-depth tour of his city; a trip filled with inspiration and surprises. Through the ruins of both the 1923 Great Earthquake and the bombing of WWII, we learn of Tokyo’s urban landscape from its early times through the 20th century, and how the changes in the Japanese economy has impacted the built fabric. Kuma’s pocket-sized book, which conveniently allows you to carry it in your bag while touring the city, will provide you with a wholly new experience when traveling through Tokyo’s neighborhoods. Like every metropolis, Kuma says, Tokyo is comprised of a collection of ‘hoods’ or ‘villages.’

Tokyo’s dynamic architecture, dating back to the 17th century, and the stories of those who created Tokyo, are told in the most fascinating way by arguably the most famous Japanese architect outside of Japan. Kuma, who is known for creating magical designs that merge Japanese vernacular and its materials—wood and paper—with the contemporary, has written a poetic tribute to the place where religion and lifestyle are integrated within its aesthetics.

His fascination with the world of architecture started in his childhood, where as a young boy, he first saw the Yoyogi National Gymnasium, which Kenzo Tange designed for the 1964 Tokyo Olympics (above). This stunning example of Japanese modernism was the turning point in his decision to become an architect. Those Olympic games, he says, “marked the peak of Japan’s rapid economic development.” Through his account, we learn the fabric of Tokyo, its history and the contemporary, and in this context, he relates the story of his own architectural designs.

We learn about each one of Tokyo’s villages, and through them, about Kengo Kuma’s own architecture. Omotesando, for example, Tokyo’s leading fashion street, lined with elm trees, is the home of Tokyo’s largest shrine. Now, it is the home of flagship stores housed in some of the most spectacular architecture, from Neil Barrett boutique by Zaha Hadid; Dior by SANAA, and Herzog & de Meuron’s Prada house made of glass walls shaped like curved, diamond panes. Kuma designed One Omotesando for the LVMH group, covered in wooden louvres—thin lines of wood that evoke the iconic elm trees.

Take this little book and visit Tokyo. Get on the train and explore this metropolis as an insider. And do not forget to visit Kuma’s new masterpiece, the Olympic stadium, which he was selected to design as the centerpiece of the 2020 Olympic Games, a project which was infamously taken away from Zaha Hadid. It is yet another example of how the Japanese vernacular is present in today’s architecture. 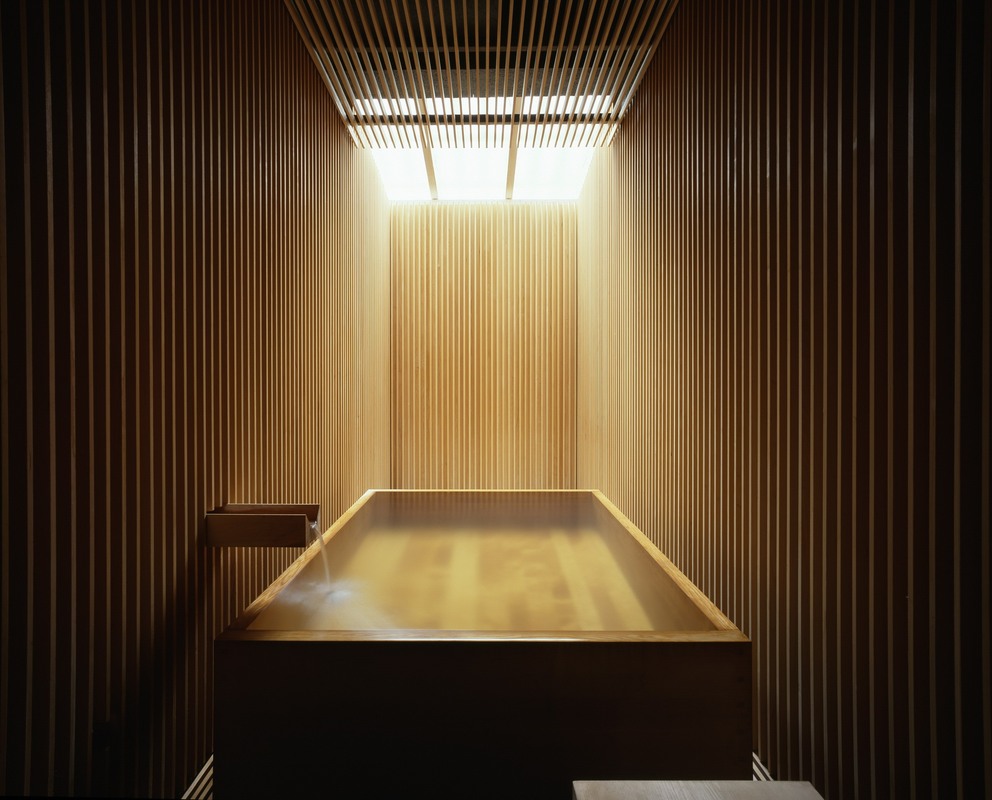 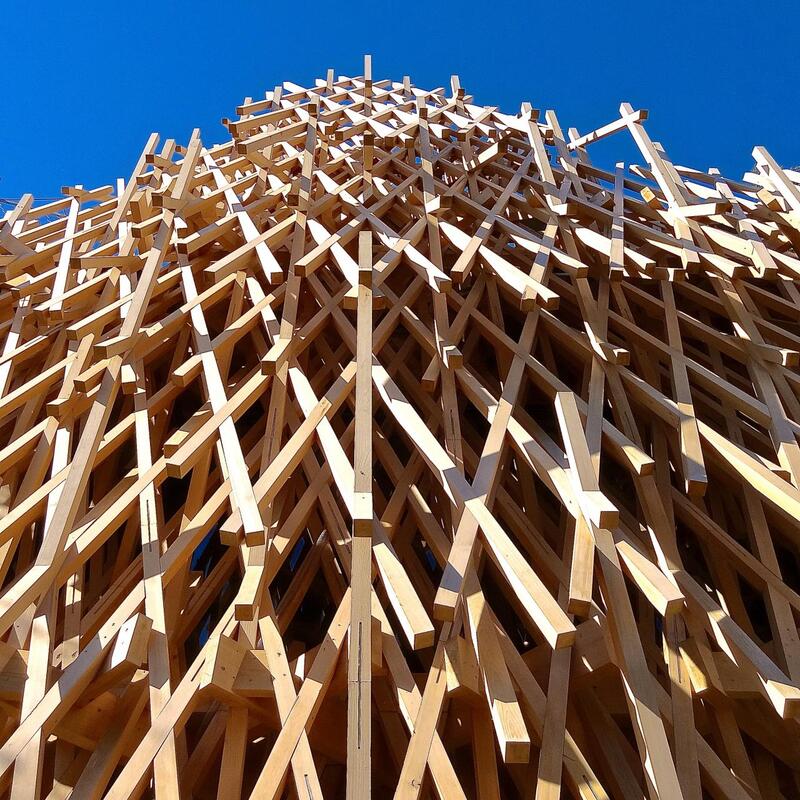 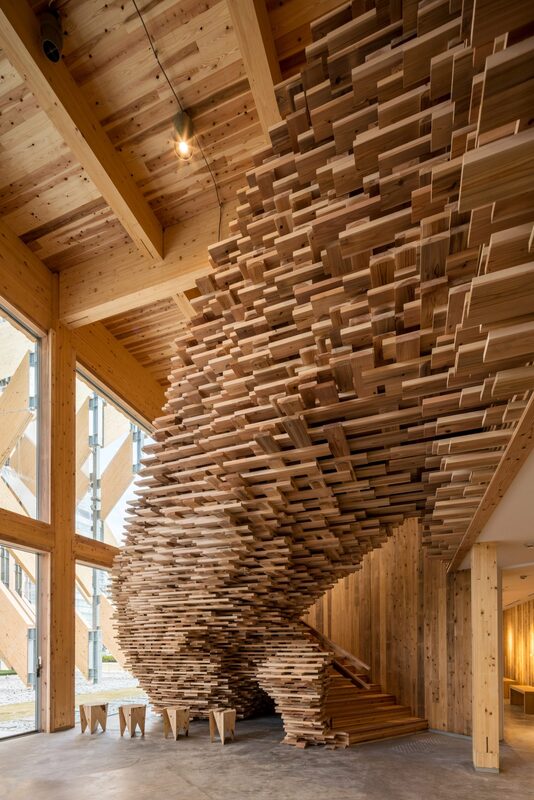 Kengo Kuma, taircase in a timber pavilion in Tokyo. Photo by Kobayashi Kenji. 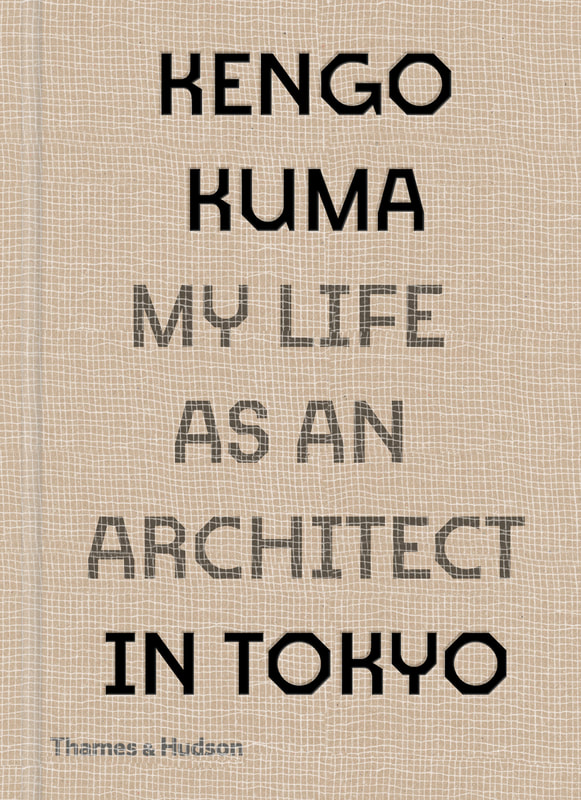