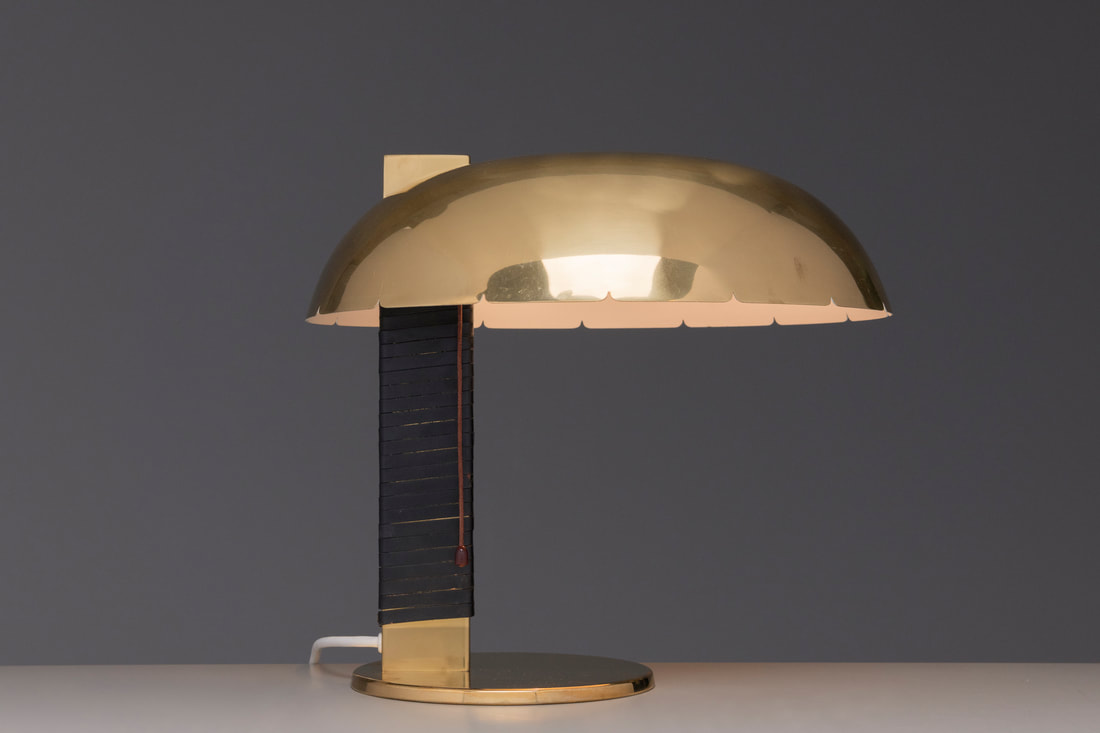 “For anyone interested in Scandinavia design, all roads lead to Paul Jackson of Jacksons in Stockholm. His enormous showroom is a magical mystery tour of Nordic history and beyond, set in an industrial building romantically hovering over Stockholm’s Harbor. Paul’s passion for all things design is unrivaled, and his collections include true masterpieces… Paul is a perpetual student who loves to share all that he knows, which makes him a great teacher. How fortunate that I am one of his lucky pupils who benefits from his generosity.”

The final talk of the fall season’s Collecting Design: The Legends program was devoted to the allure of 20th-century Scandinavian lighting. Gallerist Paul Jackson of Jacksons was my guest along with Adam Trunoske, an expert in modern design and the gallery’s manager. The talk focused on four designers from Finland and Denmark—Paavo Tynell, Alvar Aalto, Poul Henningsen, and Verner Panton—who revolutionized lighting design. Each was an inventor who experimented with light and form to develop a unique oeuvre that continues to hold a prime position in the canon of design.

Light in Scandinavia, as famously stated by Danish designer Poul Henningsen, is equal to culture. The region’s unique natural light—from the midnight sunlight in the summers to the long, dark winters—was a source of departure for all Nordic designers occupied with lighting design during the modernist era. As a result, lights from Norway, Sweden, Denmark, and Finland are among the most iconic designs of the 20th century, treasured as outstanding achievements of refined form and function.

During our talk, we looked at some remarkable historic interiors from Scandinavia, all accessible to the public: Aalto’s Villa Mairea and National Pensions Institute in Finland; Gunnar Asplund’s Stockholm Public Library and Chapel of the Holy Cross in Sweden; and Sigurd Lewerentz’s Church of Saint Peter in Sweden. These pure, modernist buildings are all illuminated within by enormous, well-designed, and finely crafted fixtures, demonstrating the poetic role of light in the Scandinavian interior.

The talk then moved to the genius of individual Scandinavian designers, starting with the gifted Paavo Tynell (1890-1973). Master blacksmith and  co-founder and chief designer of Finland’s earliest lighting manufacturing company Taito Oy (founded in 1918), Tynell was commissioned to create lighting for the Secretary-General of the UN in New York. His brass fixtures are sculptural works of art that range from reductionist, rationalist lamps informed by Bauhaus principles, to maximalist lighting fantasies. It’s clear that Tynell was deeply inspired by nature. His Snowflake Pendants, for example, are magical and quintessentially Scandinavian, sought after by collectors and interior designers worldwide. Each features twirling snowflake forms that suggest Tynell’s skills as a jewelry maker. In the 1940s, Tynell showcased his work in the Finland House, a New York shop dedicated to Finnish design and crafts, which helped propel him to global success.

Alvar Aalto (1898-1976), the giant of Finnish modernism, did not differentiate between the practices of architecture, interior, furniture, and lighting design. To him, lighting was an integral part of the architecture—as important as the building’s shell—and he aimed to simulate daylight indoors. His organic design language, informed by the local landscape, was applied across media and scales. Aalto’s powerful abilities as an architect are reflected in his lighting design. We looked at one of his most recognized lamps, the Beehive, which he originally designed for the University of Jyväskylä in Finland. The original examples were produced by Aalto’s own furniture company Artek (founded in the 1930s); the quality of the metal, color, and craftsmanship of the originals is higher than in today’s production.

Any design collector knows that Poul Henningsen (1894-1967) is synonymous with modernist Danish lighting design. He was sensitive to the differences between natural and artificial light and made this the crucial point in the process of his scientific research and design process, always seeking to achieve softly diffused light. Quality was the core of his vision. “Selling cheap lighting,” he said, “is like selling red wine made from apples and gooseberries.” Henningsen’s lamps are curvy, composed of multiple layers of shades that encase and obscure the glaring bulbs beneath. He designed nearly 100 models throughout his life, and some of them are still in production today by Louis Poulsen. Yet patina, historic authenticity, and exceptional craftsmanship cannot be replicated today.

We concluded with Verner Panton (1926-1998), who represents the second generation of Scandinavian modernist lighting designers and who forged a successful career during the late 1960s and early19 70s upon relocating to Basel from Copenhagen. There was nothing conventional about Panton’s designs, and his use of synthetic materials, striking textures, and vivid color was a product of his bold experimentation and quest for innovation. Like Henningsen, Panton always concealed the source of light in his fixtures, allowing only a soft glow to penetrate through their forms. His sculptural lighting designs illuminated his gesamtkunstwerk interiors, which were intended to envelop the people in artificial and complex furniture-scapes.

Scandinavian lighting design tells the story of the society and the geography in which it was produced, but the appreciation—and collectorship— for it is global.

Registration to the spring edition of the program Collecting Design: The Legends (Part II) is open now and it is virtual.

All images courtesy Jacksons Design. Above: Paavo Tynell, Table Lamp Model no. 9228, 1950s (Ref. 180408). This article was published this morning in The Forum, the magazine of Design Miami/. 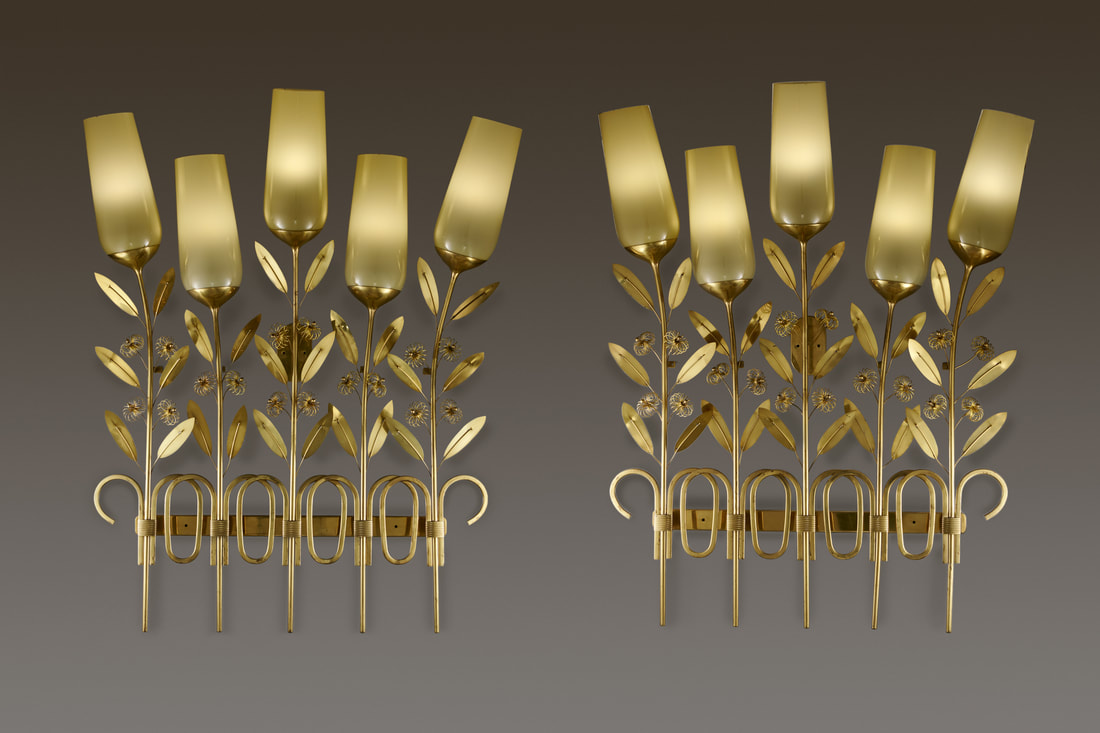 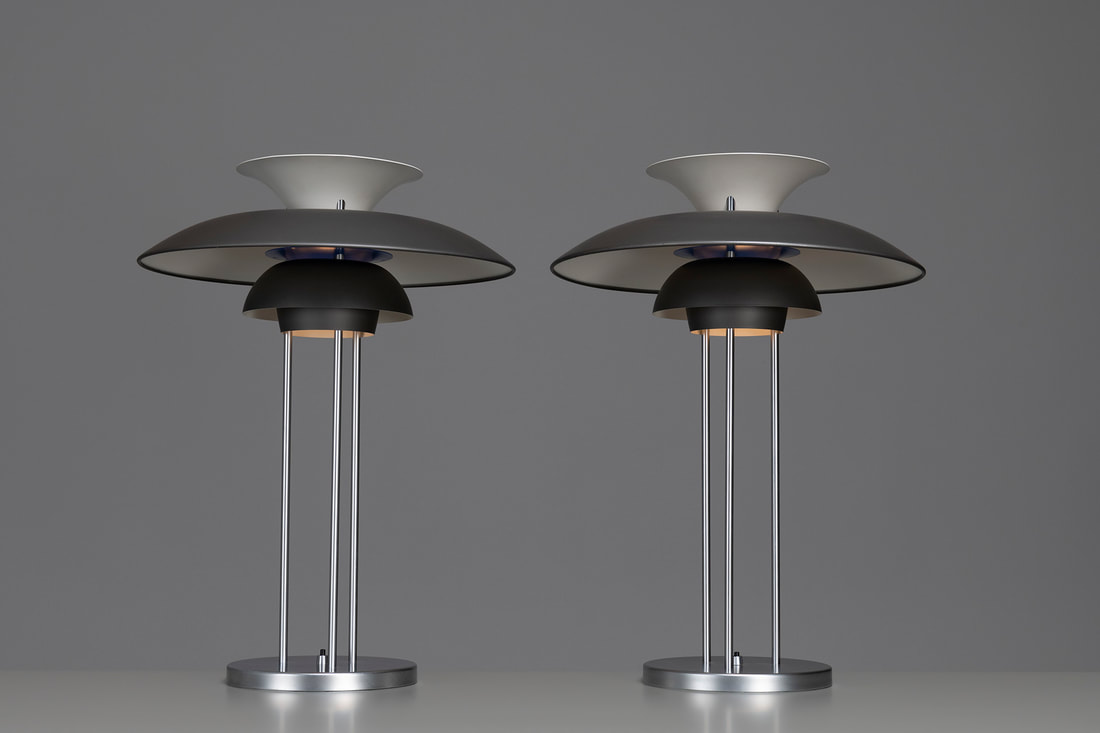 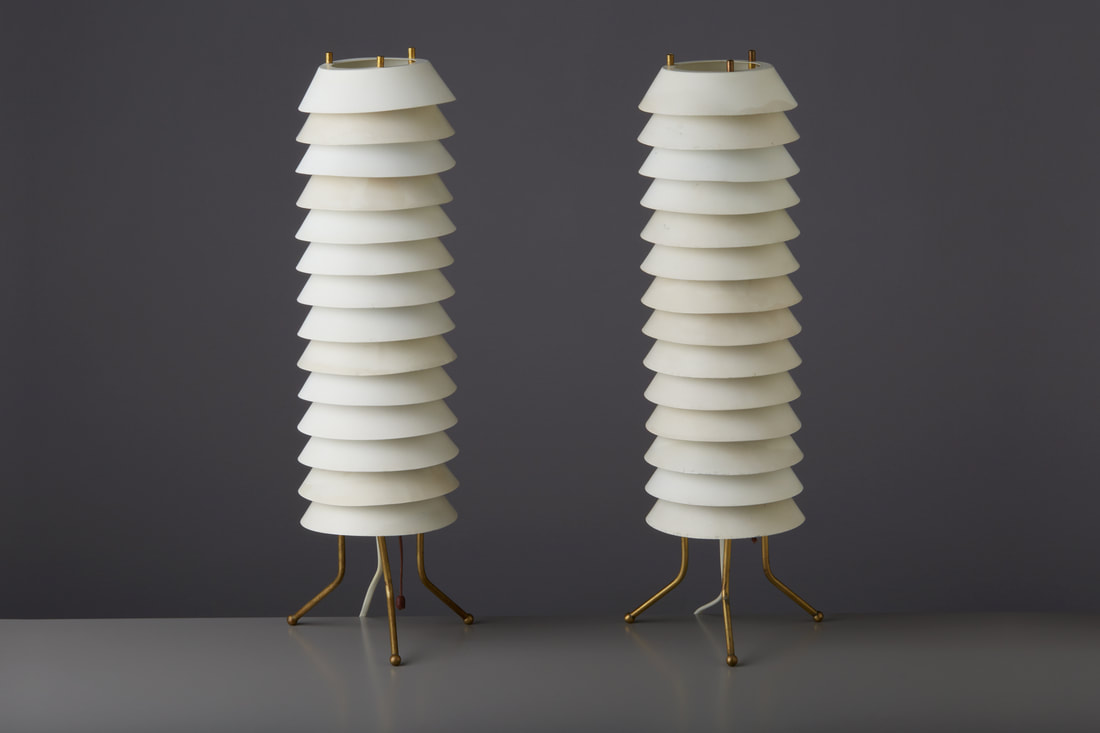