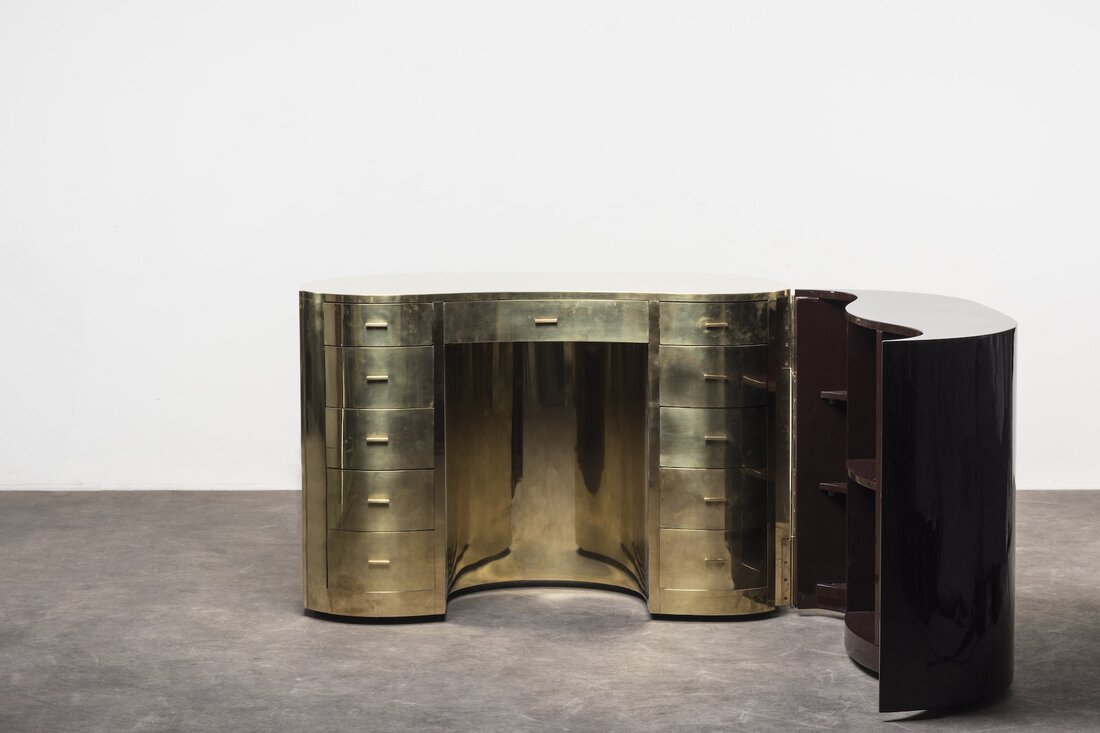 “As a curator and a gallerist, Libby Sellers combines intellectual rigor with great style. The program she ran at Gallery Libby Sellers was by far the most interesting and well presented of any design gallery in London. There is a tendency in this city to go for bling, but Libby stuck to her guns in her promotion of formal intelligence and subtle beauty. She has played a hugely important role in the career of designers like Formafantasma and Fabien Cappello and continues to draw our attention to the most interesting strands in contemporary design through her role as a freelance curator and writer. That said, I wish she would open another space, as I know it would be exquisite. My fingers are crossed.”


To address the often overlooked subject of vanguard female designers of collection-worthy objects, I invited British curator and writer Libby Sellers, whose recent book ‘Women Design: Pioneers in Architecture, Industrial, Graphic and Digital Design from the 20th century to the Present Day‘ celebrates the achievements of women in all areas of design. The diversity of women’s contributions to progressive and radical design and the talent they have demonstrated in modern and contemporary times are the focus of Sellers’s study. In this week’s Collecting Design: The Legends, she illuminated a handful female designers past and present, whose work has made it to the competitive market—which excludes anything that is not super innovative. While women make up nearly three-quarters of the design student population, the figure drops dramatically to less than one quarter in the industry, and drops much more when it reaches the collectible design market.

Unlike many of the female designers of the last century—Ray Eames, Aino Aalto, Lella Vignelli, Luisa Parisi—whose careers were developed in the shadows of their husbands’ successes, women today have emerged independently. We focused on such solo-star designers representing the power of women in the world of collectible design: Wieki Somers, who elevates the everyday through objects of wit and desire; Hella Jongerius, who transforms spaces through experimentations in textiles, weaving, color palettes, and digital technology; Lina Bo Bardi, whose mid-century furniture has received enormous attention lately, coinciding with the revival of interest in Brazilian design; and Gabriella Crespi, who is synonymous with the chic, jetset glamour of the 1970s. Each is a powerhouse who has permanently impacted design culture. Each is a part in the story of women’s struggle for equality. And each will be remembered for her unique vision and spectacular creativity.

The Rotterdam-based studio of Wieki Somers (b. 1976) is named for her, but she shares the practice with her husband Dylan van den Berg. Represented by Galerie kreo in Paris, their pieces are charged with fantasy and narrative and crafted in the most imaginative processes and unexpected materials. In their Chinese Stools series, they reimagined the simple, ad hoc seating found in the streets of China, where old chairs and stools undergo so many improvised repairs and revisions over the years that they completely lose their original forms, becoming a testimony to the lives of the users. Somers brought some of these old stools back from China and had them cast in aluminum. Another Studio Wieki Somers collection, the Mitate Lamps, finds inspiration in Asian culture, but this time, in samurai flags that served as clan identifiers and mediums of communication in 16th-century Japan. The studio’s reinterpretation of these traditional flags take the form of tall floor lamps and incorporate signs and symbols of contemporary life in a globalized world.

Italian-Brazilian architect Lina Bo Bardi (1914-92), we read in Sellers’s book, had to wait half a century before her work received critical acclaim. It took another 20 years before the furniture she designed in the 1950s and ’60s became fully appreciated and collected, a turning point prompted by the curator of the 2010 Venice Architecture Biennale, Japanese architect Kazuyo Sejima. It’s now widely accepted that Bo Bardi is among the most important and accomplished female architects of the modernist era. Yet, as was typical for women of her time, her work was overshadowed by her husband, art historian Pietro Maria Bardi, co-founder of the influential magazine Habitat. Nevertheless, her architecture is powerful and brutalist, and her furniture possesses the sophisticated flair of Italian design as well as the bold confidence of Brazilian design.

Berlin-based Dutch designer Hella Jongerius (b. 1963) is one of the most influential designers working today. She is an ambassador of the radical Dutch design of the late 20th century and of the conceptual approach currently taught at the Design Academy Eindhoven, from where she graduated in 1993. Her oeuvre is eclectic, focusing on handcraft methods and their effect on materials, textures, and colors. Experimenting at the boundary between craft and industry, between high and low art, she embroiders ceramics, paints tiles, revisits mid-century icons with new color schemes (for Vitra), and  drips paint onto earthenware. Her objects are always vibrant, daring, sensual, and forward-facing, always manifesting a distinct form of feminine beauty. Represented by Galerie kreo, Jongerius’s work is regularly found at auction, particularly her embroidered ceramics, which embody new interpretations of traditional decoration.

With her sleek and futuristic handcrafted furniture in brass and stainless steel, Milanese designer Gabriella Crespi (1922-2018) succeeded to capture the glitzy zeitgeist of the 1970s. She knew haute couture and created the furniture version of the Italian fashion of her day. While she was not revolutionary, Sellers said, she made stylish objects that have stood the test of the time. Like her contemporaries Pierre Cardin and Les Lalanne, Crespi imbued her work with a sense of both luxury and surrealism. With the recent rediscovery of the ’70s, her work has become more relevant, and her pieces, frequently offered in auction hosues, are sought after by collectors, dealers, and decorators alike.

All in all, Sellers afforded us the much appreciated opportunity to marvel at four female designers who have made substantial contributions to the story of design and whose objects have entered the pantheon of the collectible design market.

The article was published this morning in The Forum, the magazine of Design Miami. Above: Yang Yin Desk‐Bookcase by Gabriella Crespi, 1979. Photo © Daniele Iodice; Courtesy of Nilufar 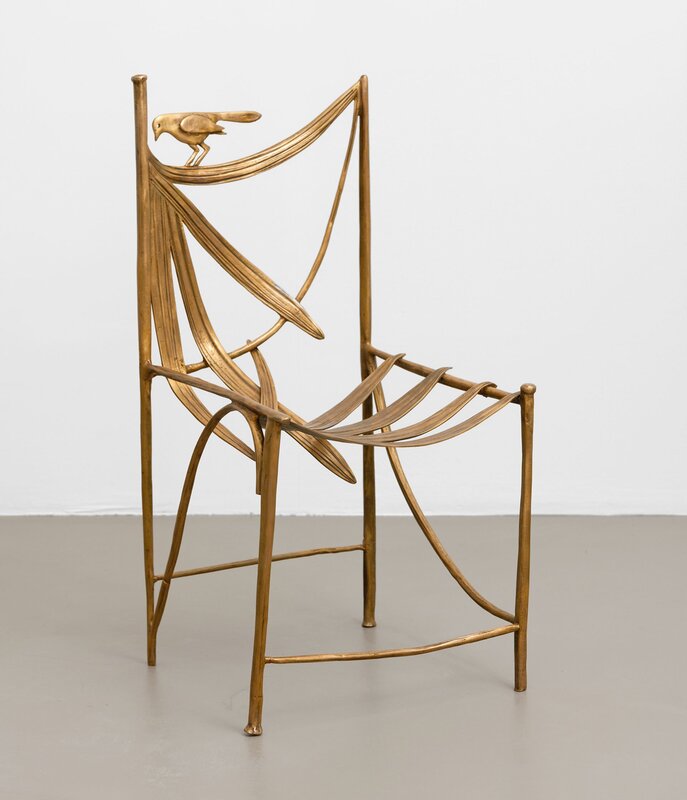 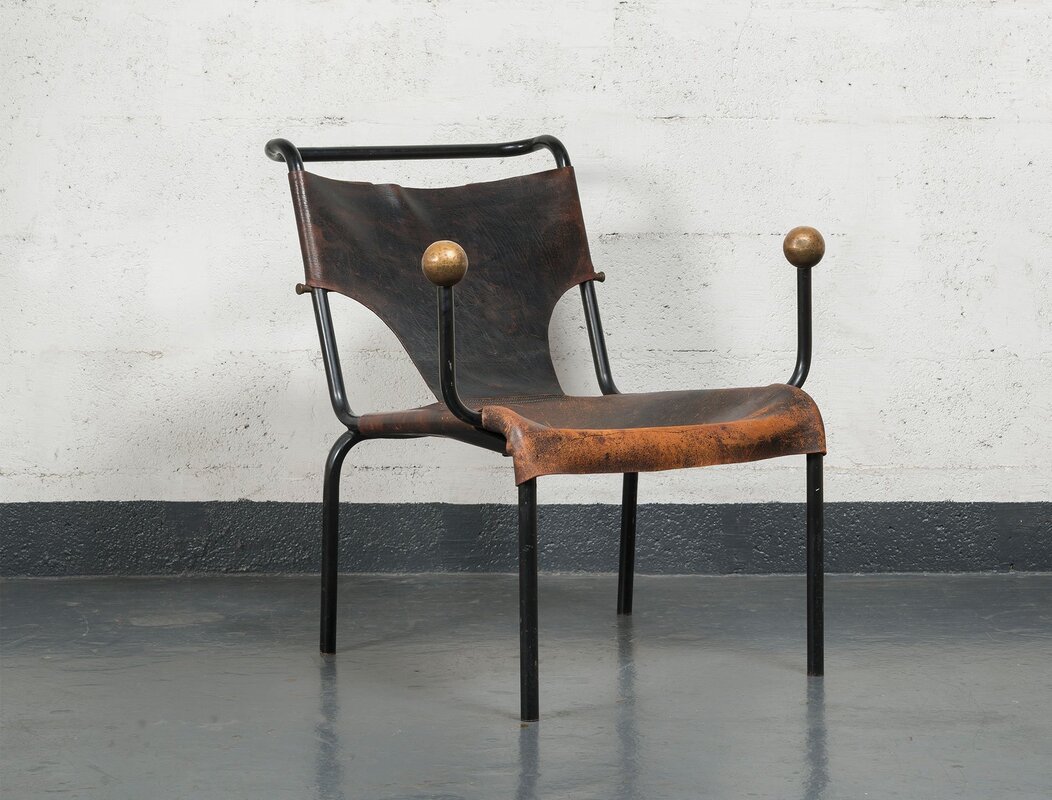 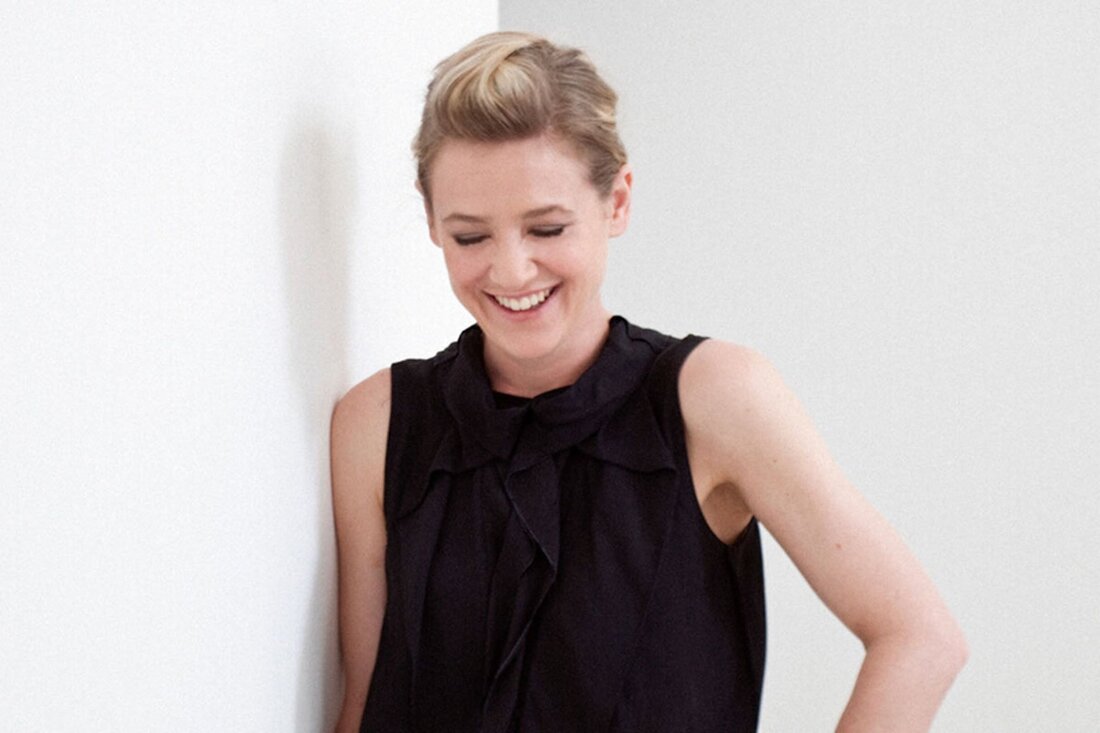