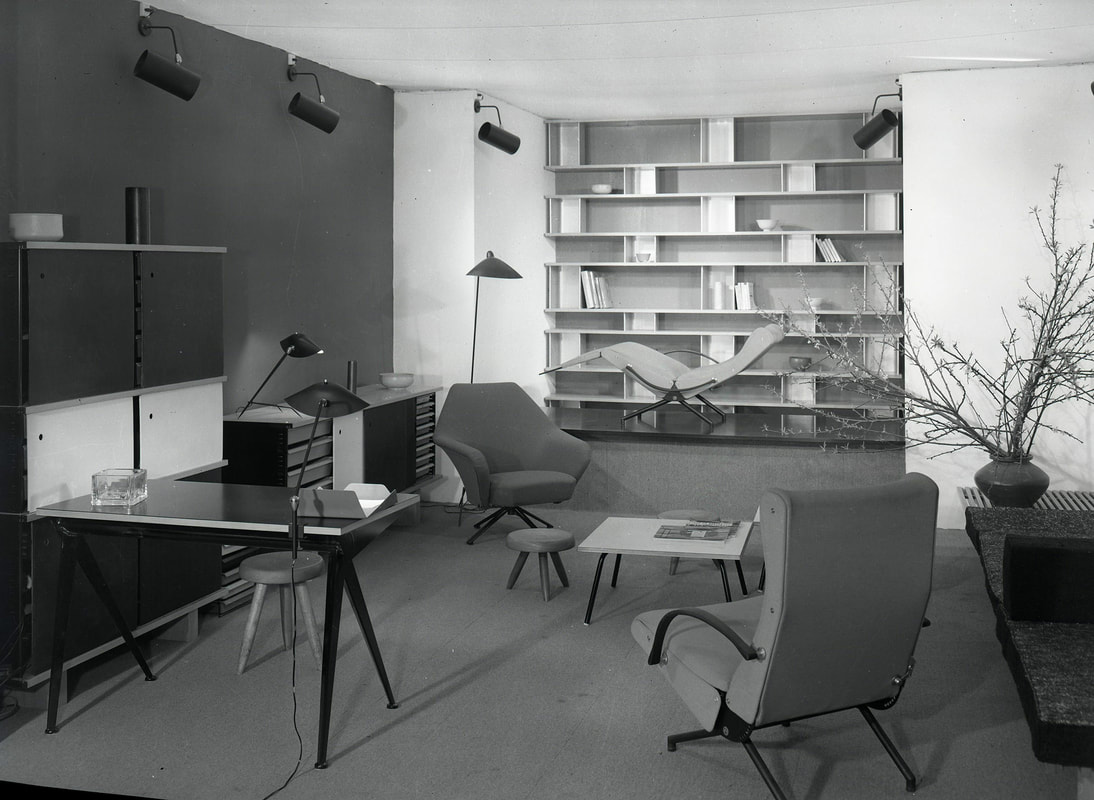 Now, that the Foundation Louis Vuitton announced a retrospective of French designer Charlotte Perriand, which will open in October, it is going to be time to further investigate, study, and illuminate her enormous, seven-decade career, which spanned much of the past century. It is not the first time that the fashion powerhouse will be presenting Perriand’s work. In 2013, it produced the unrealized “La Maison au Bord de l’Eau,” a prefabricated house, which she designed in the 30s, showcasing this holiday house in Miami (below). For start, I would like to touch on Galerie Steph Simon, the key Parisian platform of Perriand’s furniture and interiors, of which full archives were purchased in the 90s by Francois François, founder of Galerie Downtown. Simon (1902-82), whose gallery was active between 1956 and 1974 on boulevard Saint-Germain in Paris, and who was also the first to offer Noguchi’s Akari lamps in France, played a vital role in Perriand’s late career, which was focused on special commissions. “Tall, well-built, short hair and tortoiseshell-rimmed glasses” Laffanour told me, “Steph enjoyed guests like Cesar, Brigitte Bardot, Gérard Philippe, Vadim, who came to his private views.” Those legendary private views were taking place in the basement of his gallery, attracted those interested to live with the type of modern, minimal design, which he promoted. All images courtesy François Laffanour – Galerie Downtown. 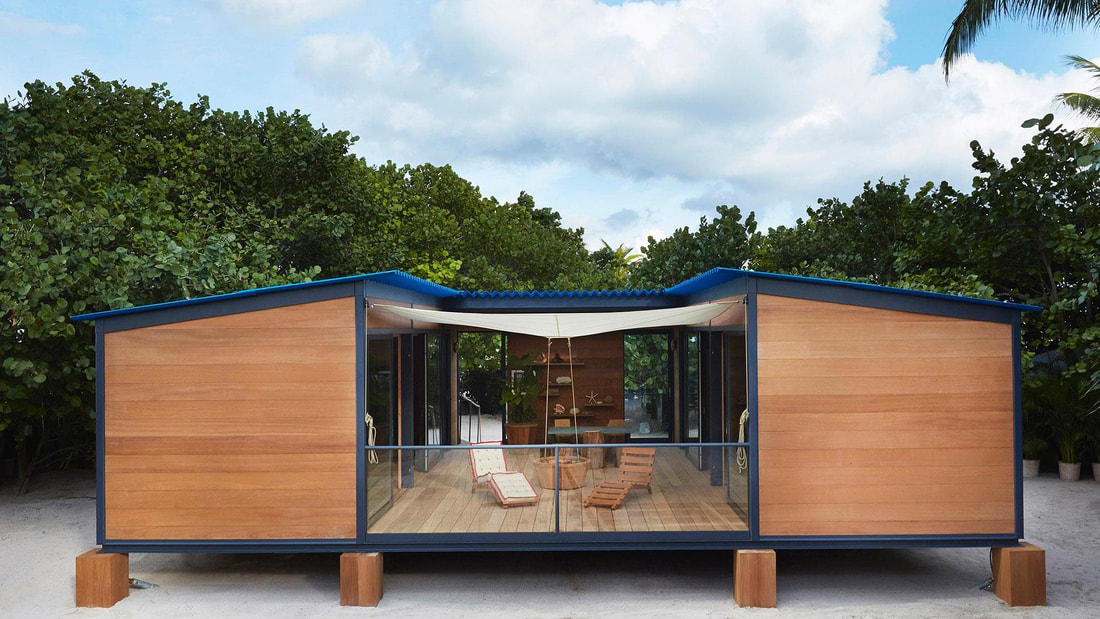 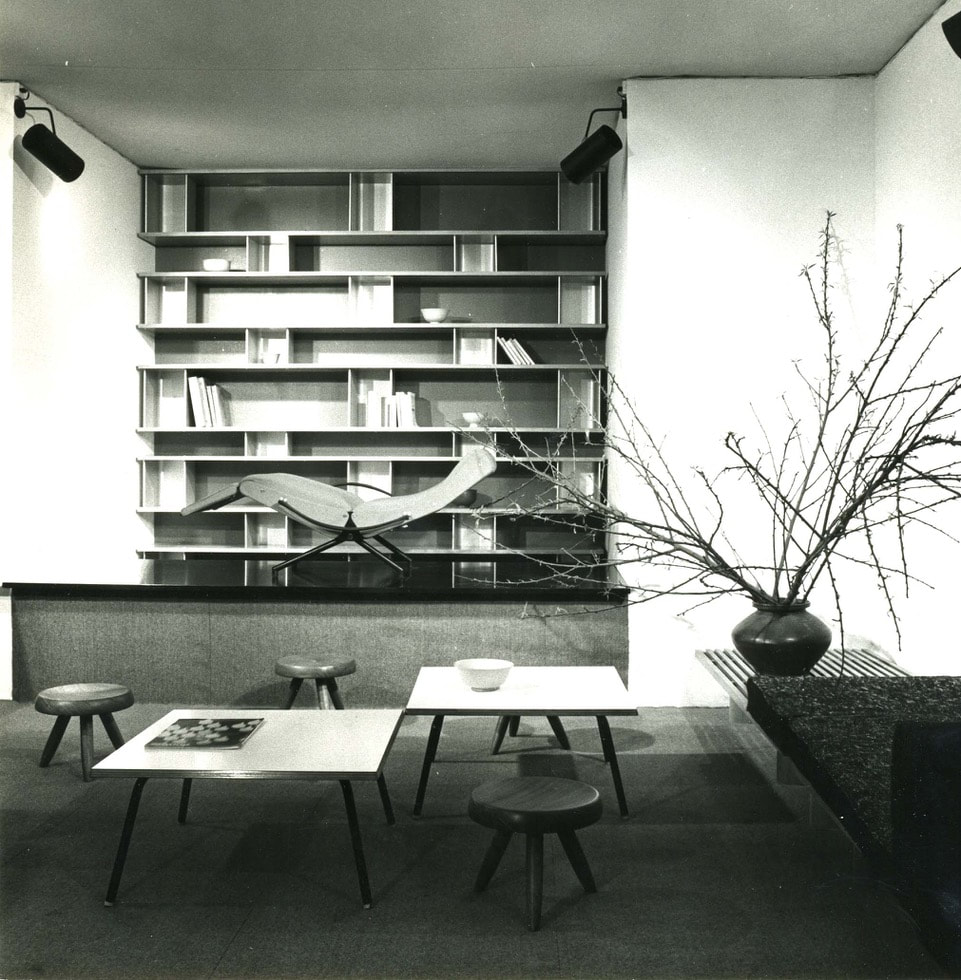 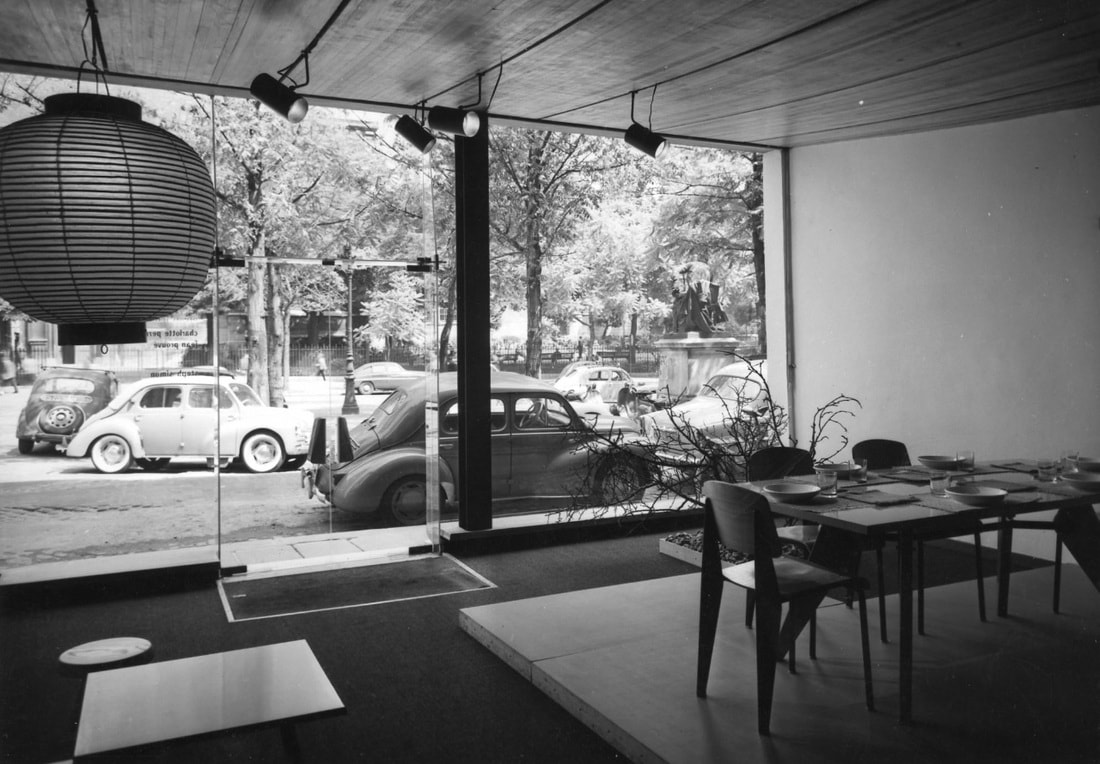 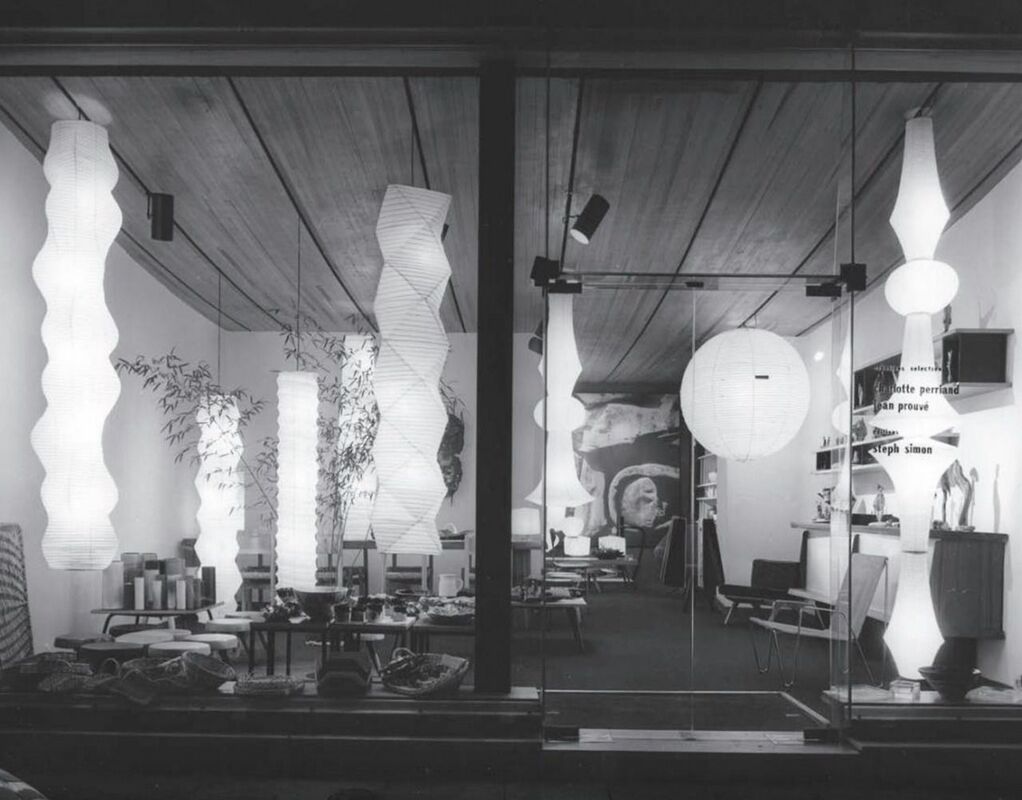 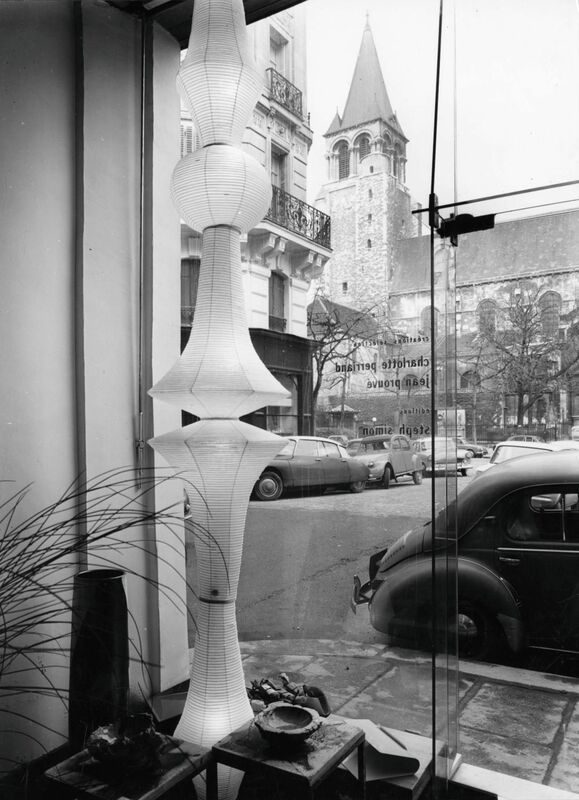