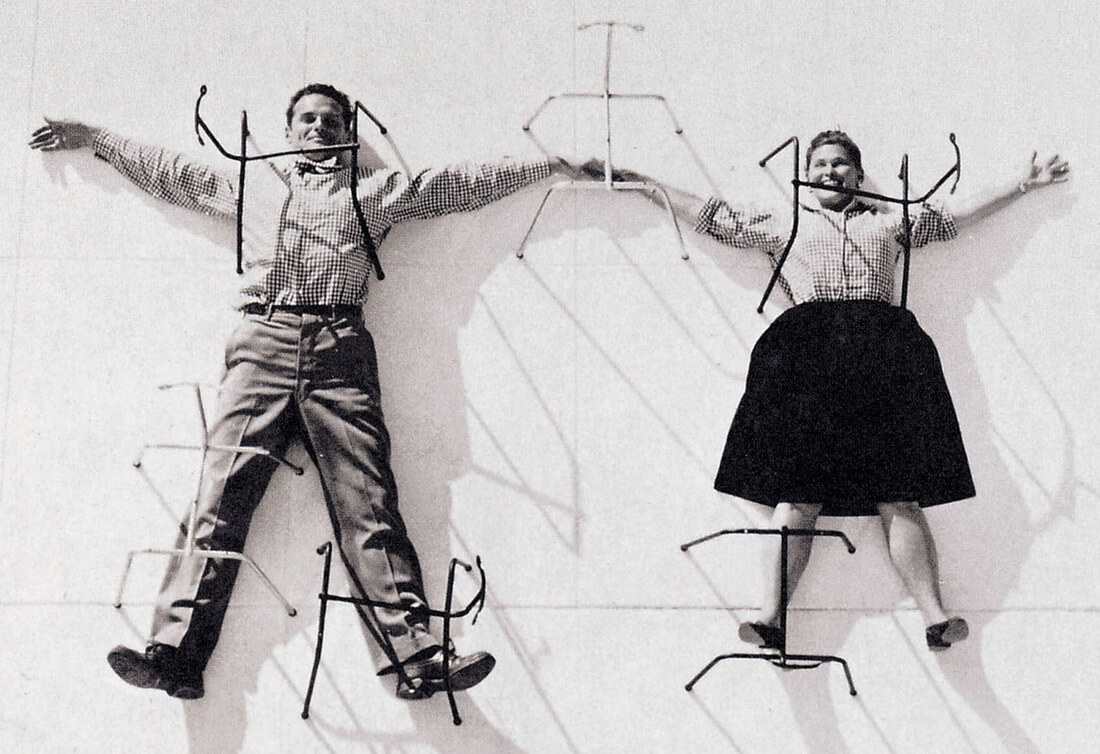 Let’s celebrate Charles Eames birthday. The most charismatic figure of the American design world during the age of Mad Men was born on June 17, 1907. Forging a lifelong partnership with his wife Ray – he was an architect by training and she was a painter and sculptor — the two had become the heroic figures of American modernism. Eames the star-designer created endless headlines. He designed the winning furniture for MoMA’s competition of the “Organic Design in Home Furnishings” in 1940 (with Saarinen), and ultimately best remembered for a series of molded plywood products and fiberglass-reinforced plastic, bent metal wire and aluminum, offering American consumers functional inexpensive produces that came to transform the American taste away from antiques. They famously lived in Case Study House #8 in Pacific Palisades, which Eames designed together with Saarinen as a part of the Arts & Architecture magazine’s Case Study program. In 1959, they illustrated the fabric of American life in a film created for the American National Exhibition in Russia. Entitled ‘A day in the Life of the United States,” screened in a 250-foot diameter geodesic dome designed by Buckminster Fuller, in Moscow’s Sokolniki Park, brought the notion of American capitalism to the Russian audience. Happy 109th. 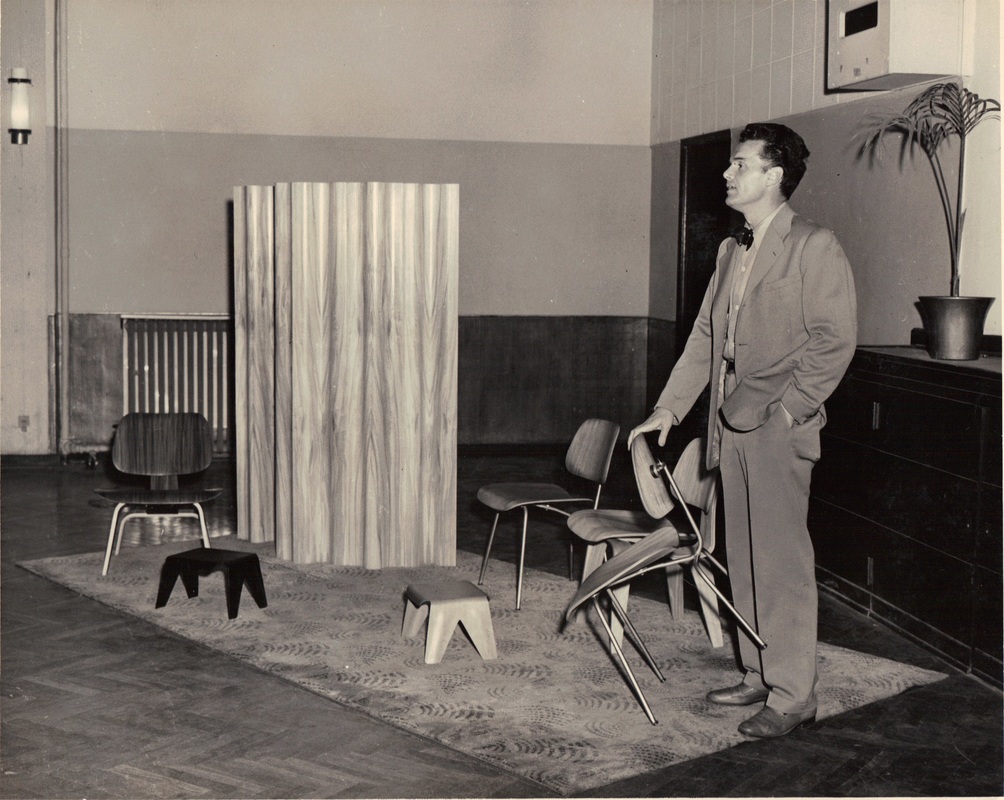 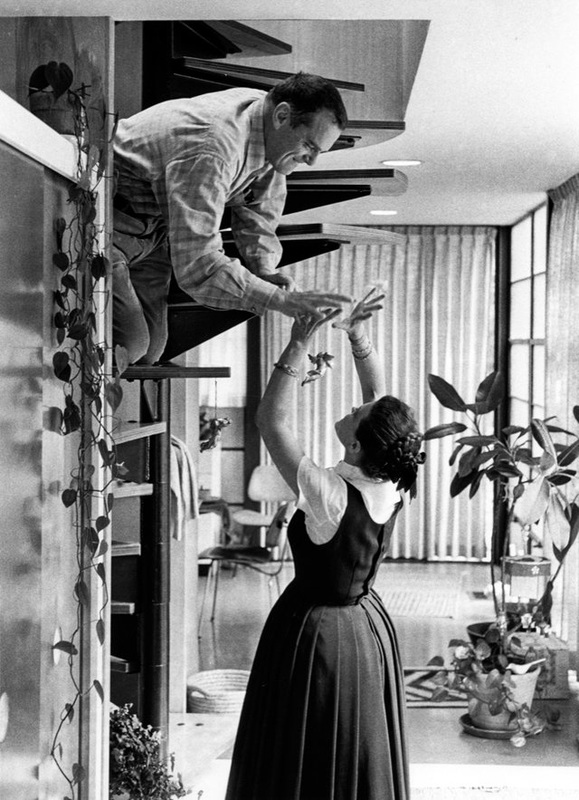 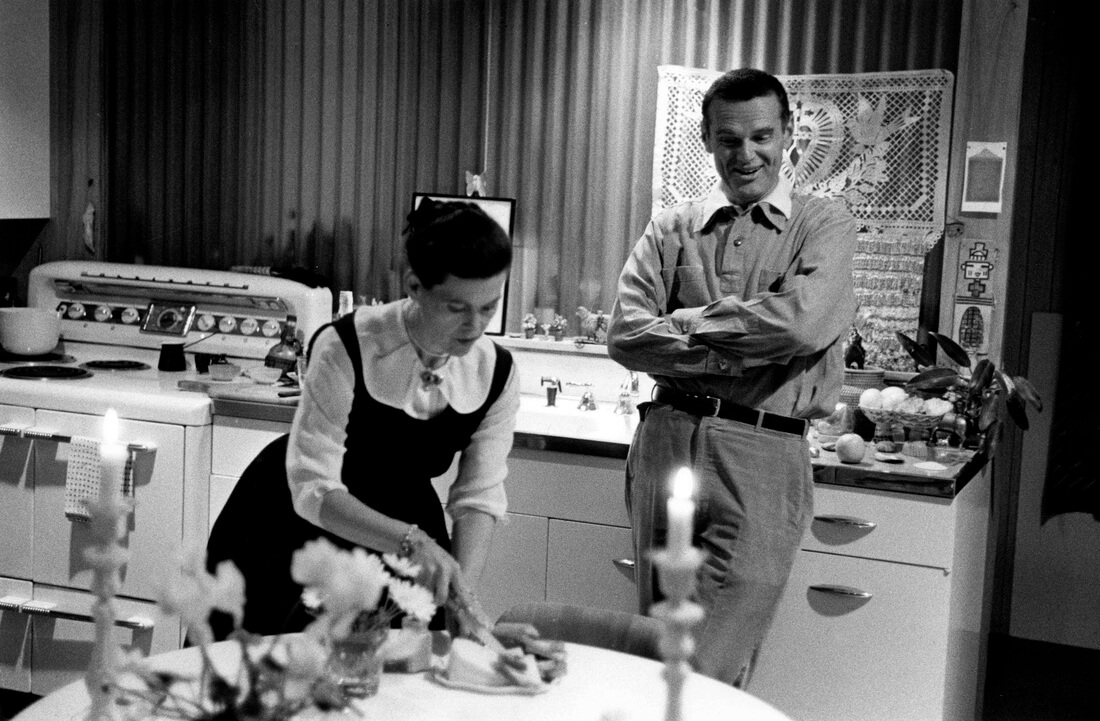 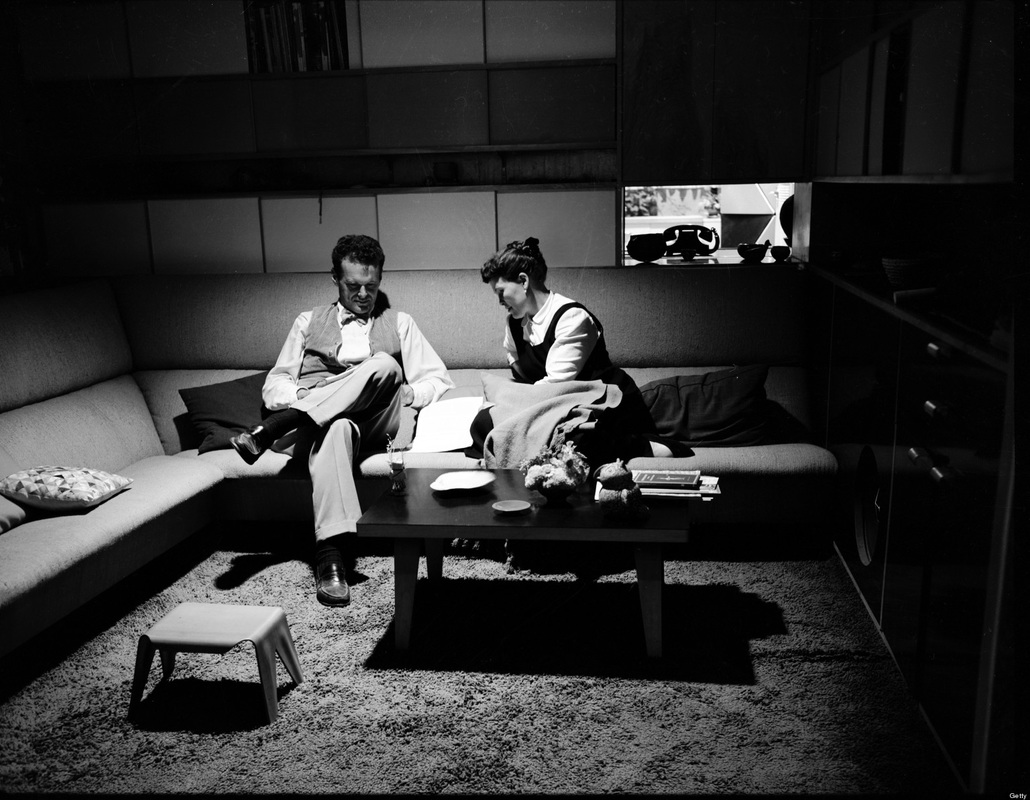 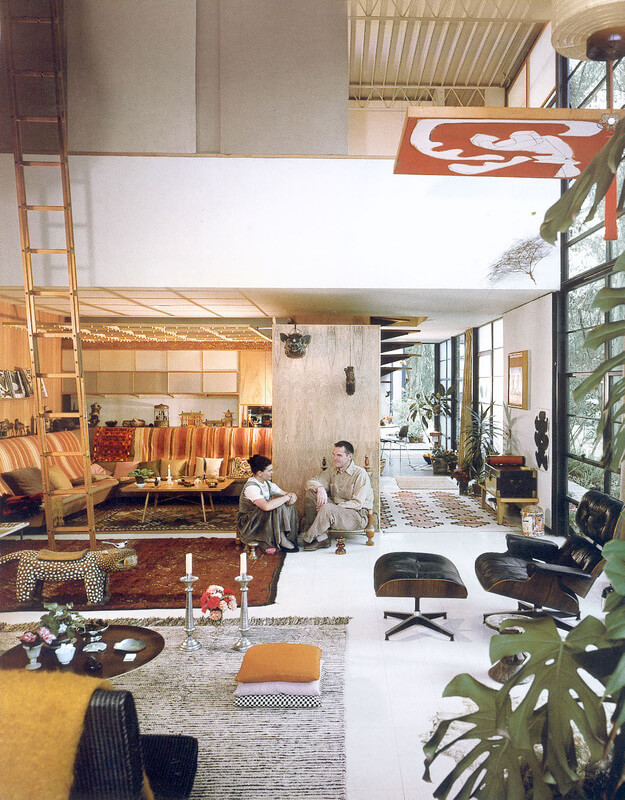 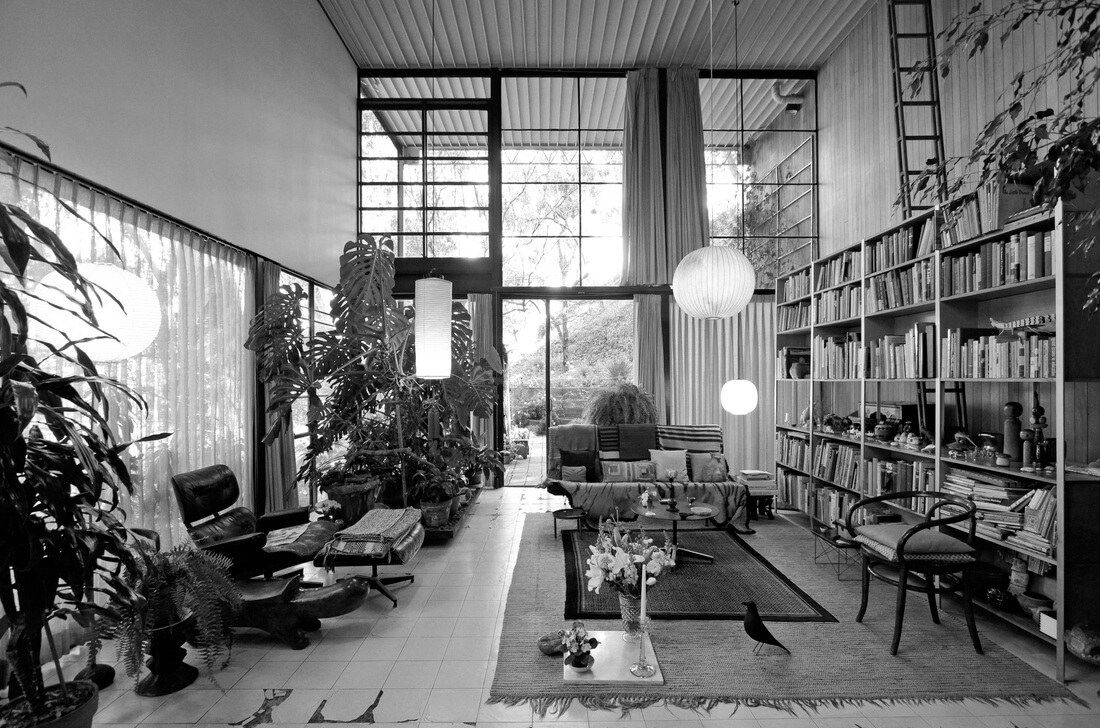